Lewis & Clark Landing offers some picturesque views of the Missouri River, but the downtown Omaha park isn’t necessarily the kind of place the city would include on a postcard.

There’s plenty of concrete for festivals, events and parking. The marina is currently closed, and part of its dock is askew, resting on a sandbar. Other than a couple memorials and some red umbrellas for shade, its features are few.

That’s all set to change soon. The landing is scheduled to close to the public Sept. 21, and when it reopens in 2023, it should be a riverfront destination.

The upcoming closure marks a major milestone in the $300 million project to renovate the Gene Leahy Mall, Heartland of America Park and Lewis & Clark Landing. By the end of the month, all three parks will be closed and under construction.

Private donors are supplying about $250 million. The City of Omaha is chipping in the other $50 million in bonds and about $3 million a year for maintenance. Each park will keep its individual name, but project leaders are tying the area together under the name The RiverFront.

Lewis & Clark Landing’s overhaul calls for four sand volleyball courts with nearby green space and shade structures, a scenic boardwalk, an urban beach that will include fire pits and a “destination playground” for kids to expend some energy.

The 23-acre park is tucked between the river, the National Park Service building near the Bob Kerrey Pedestrian Bridge, CHI Health Center property and Interstate 480.

When the landing closes, access to Riverfront Drive, which cuts north to south through the park, will be restricted between the CHI Health Center’s Lot A entrance and the National Park Service building.

People will still be able to access the Bob Kerrey Pedestrian Bridge by approaching the plaza on the south side of the CHI Health Center and walking across the Martin Luther King Jr. bridge, which eventually connects to the Bob.

Access to Gallup, the Riverfront Place condominium complex and the National Park Service building will be available from Abbot Drive.

Kristyna Engdahl, spokeswoman for Omaha’s Metropolitan Entertainment and Convention Authority, said project leaders have decided to leave some of the landing’s concrete pad in place for festivals like Taste of Omaha that bring a lot of people and heavy equipment to the area. But the renovation will add plenty of trees and greenery, perfect for outdoor enthusiasts, she said.

MECA is managing the renovations of the three parks for the city.

The Gene Leahy Mall, which closed for construction in March 2019, will be the first park to reopen, scheduled for the summer of 2022. The mall’s lagoon is no more, and the area has mostly been raised to street level.

Crews are preparing to fill in a final section with a mix of soil that will eventually support a great lawn. The soil combination was chosen to help keep the grass lush and vibrant and “give it a fighting chance to accommodate hundreds of people” walking on it, Engdahl said.

Other work in the mall this fall:

Crews will begin pouring concrete that will support seating areas and the footing for artwork and sculptures that will populate the park. Construction will begin on the decking of a few pedestrian bridges that will span a bioswale, a sort of trench that collects rainwater and is filled with plant life.

Workers will also begin to install the infrastructure that will support water features — a splash pad to be called the Cascades and a shallow cove where people will be able to bring toy boats. They will be located near the 10th Street bridge between the Burlington Capital building and the Greenhouse Apartments.

“I think we’re going to make some exciting progress this fall,” Engdahl said.

Heartland of America Park, located near the Conagra campus, closed to the public in November. Renovations at that park will expand green space to allow people to walk from the leveled-off Gene Leahy Mall all the way to the Missouri River.

Heartland, scheduled to reopen in fall 2023, will have an area to host food trucks, a seasonal market, a tiered botanical garden and a skating ribbon that shifts from smooth concrete in the summer to ice in the winter.

With two parks under construction already, and other downtown projects underway, downtown workers and residents have been dealing with some dirt and dust flying through the air and coating surfaces.

Engdahl said crews spray the dirt and surrounding access roads with water periodically to help control dust. The frequency of spraying depends on how dry and windy it is. They also spray the dirt as it’s delivered, and sweeper trucks are deployed to clean nearby streets.

The restrictions at Lewis & Clark Landing will include the partial closure of Riverfront Drive.

'It's peaceful': Reopening of N.P. Dodge Park lures boaters back to Missouri River

Neither Haworth nor N.P. Dodge Park is fully open, but providing people access to the Missouri River is a major step forward in recreational recovery from the flood of 2019.

Message in a bottle: Note found 37 years after it was tossed in Missouri River

The message, written 37 years ago by an Omaha couple, traveled some 80 miles down the Missouri River, where it was found recently.

New RiverFront designs revealed, and the downtown Omaha park won't be a sea of green

Landscapers guiding the revitalization of The RiverFront in downtown Omaha want to introduce the mighty Missouri River through their design.

The effects of the coronavirus haven't slowed progress on the $300 million overhaul of the Gene Leahy Mall, Heartland of America Park and Lewis & Clark Landing, project leaders say. Now more than a year into construction, the entity managing the projects has released new conceptual images and updates to help you daydream about brighter days.

Demolition and grading work remain on pace, members of the MECA board heard Tuesday.

Construction has officially kicked off on the $500 million effort to turn obsolete parts of the downtown Omaha Conagra Brands campus into about 23 acres of housing, retail, offices and recreational space.

An 18-month-old boy was in critical condition with injuries suffered Friday night in a Council Bluffs fire in which firefighters rescued the boy and another child.

"Bug Squad" follows the story of 10 bug superheroes, each with their own special powers and skills.

"The ambitious plans offer promise to finally achieve the area’s potential as a major civic amenity."

Where did Omar come from? Blue troll that guards Bob Kerrey Bridge to get origin story

An upcoming virtual addition to the troll sculpture will tell visitors about Omar’s journey through childhood and young adulthood to his arrival under the bridge. (Spoiler: He wore a headband as a teen.)

During the pandemic, the facility has required people to make an appointment to drop off items like cleaning products and car batteries. Some people have waited weeks for an appointment.

As first Omaha libraries reopen, readers rejoice. 'It's just nice to be here.'

Omaha’s readers, library employees and those who use the libraries’ services rejoiced Monday as the first round of city libraries reopened to the public. 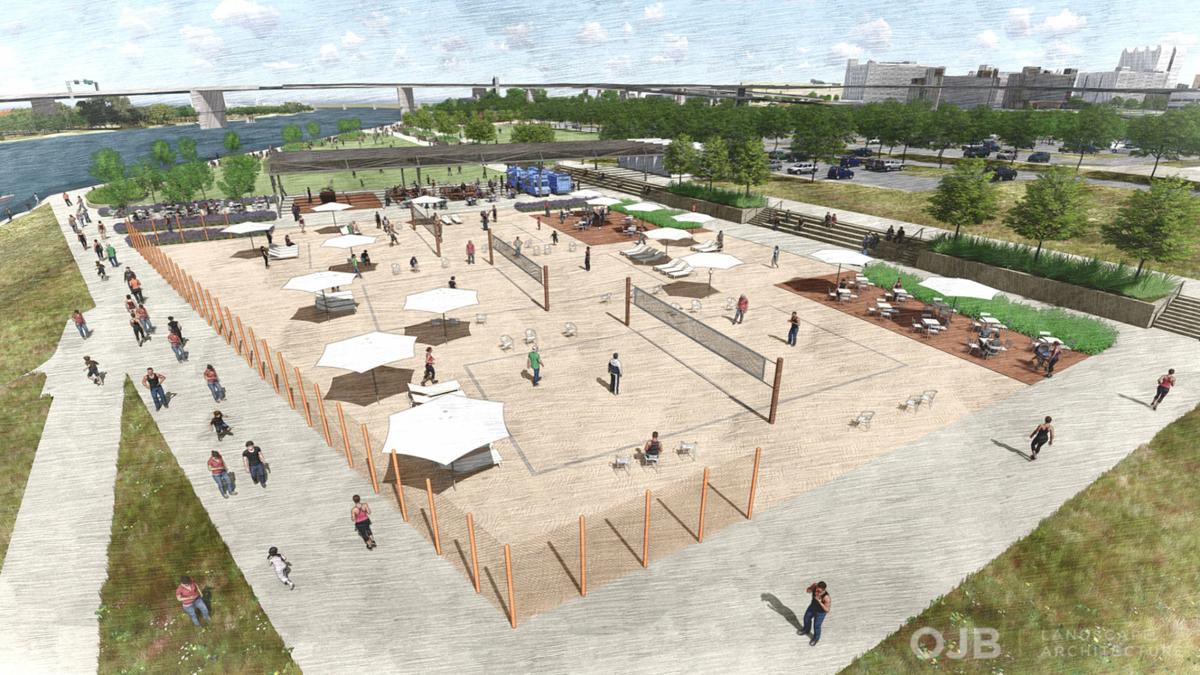 When Lewis & Clark Landing reopens in 2023, it will feature four sand volleyball courts, as seen in this artistic rendering. 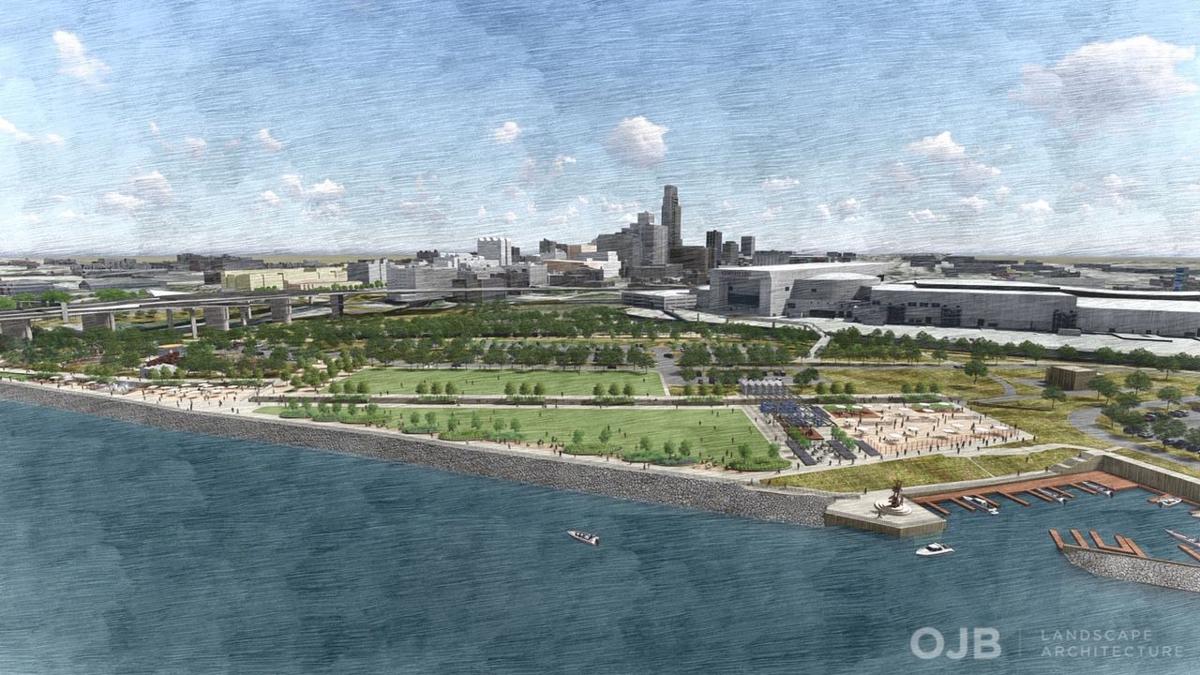 A rendering shows what Lewis & Clark Landing will look like after a renovation. The park is being redesigned as part of a $300 million public-private overhaul of three downtown parks. 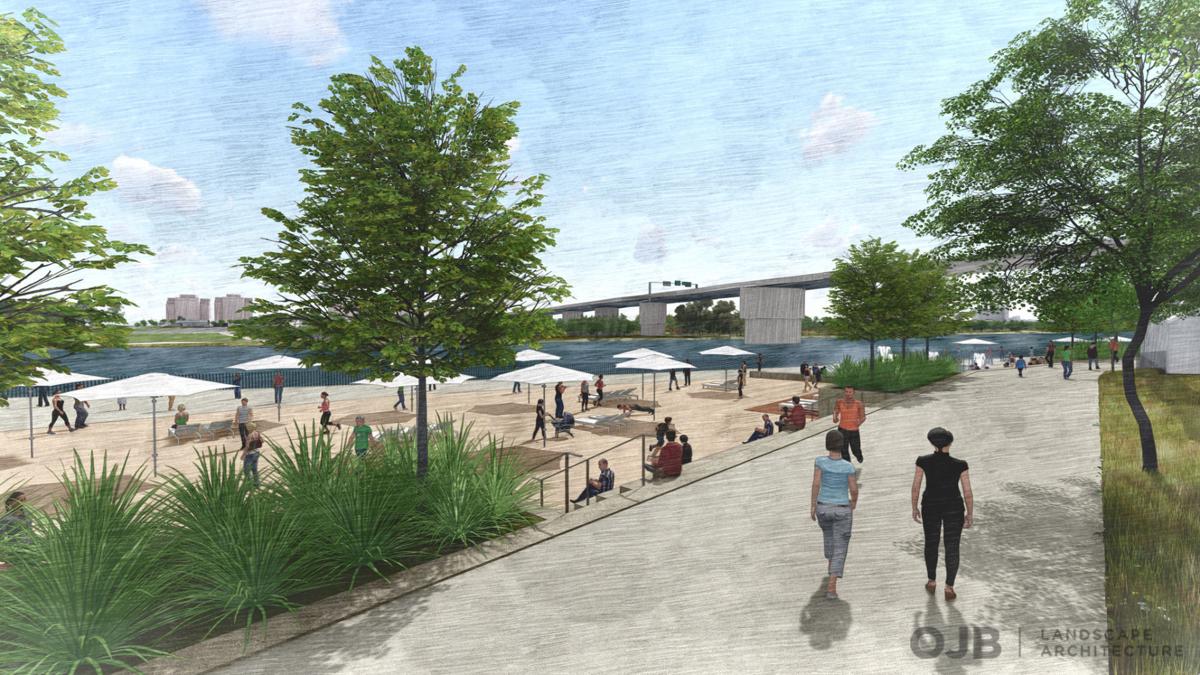 Updates to Lewis & Clark Landing, set to close to the public later this month, will feature a scenic boardwalk along the Missouri River, an urban beach with fire pits and sand volleyball courts with nearby green space.

New features at Lewis & Clark Landing, scheduled to reopen in 2023, will include a destination playground, part of which can be seen in this rendering.