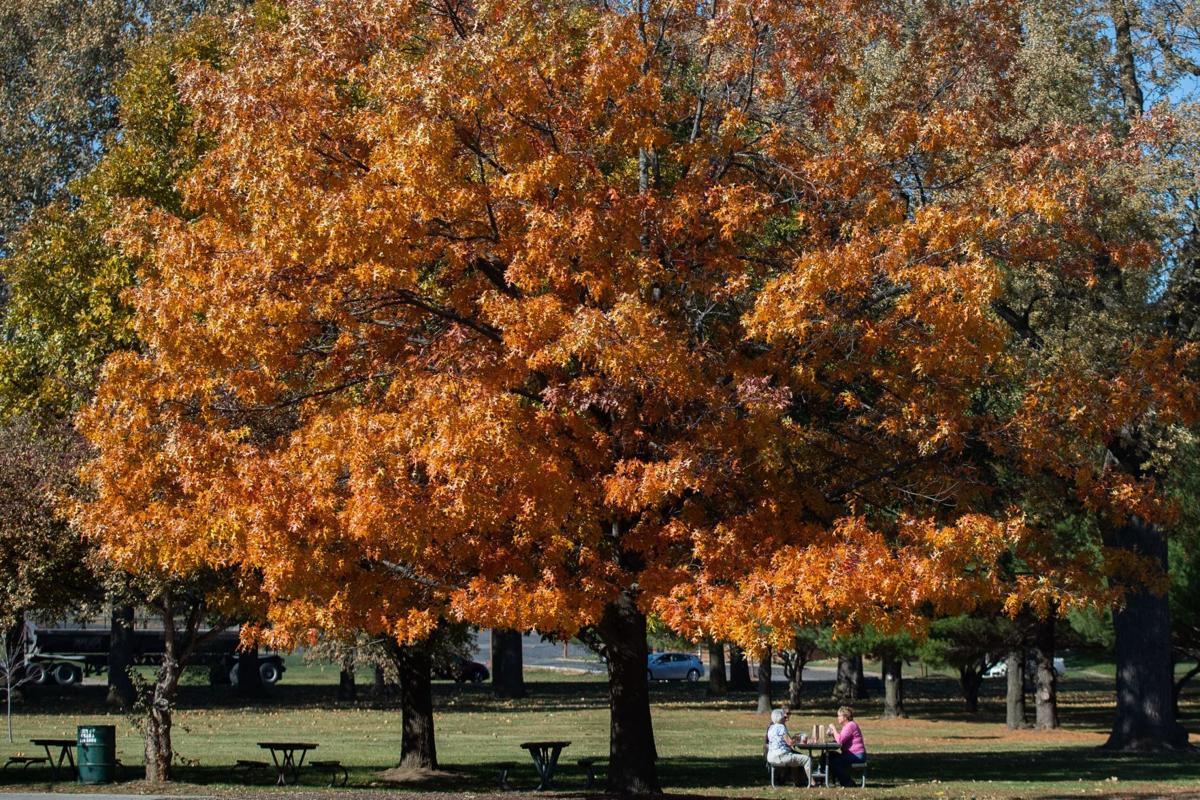 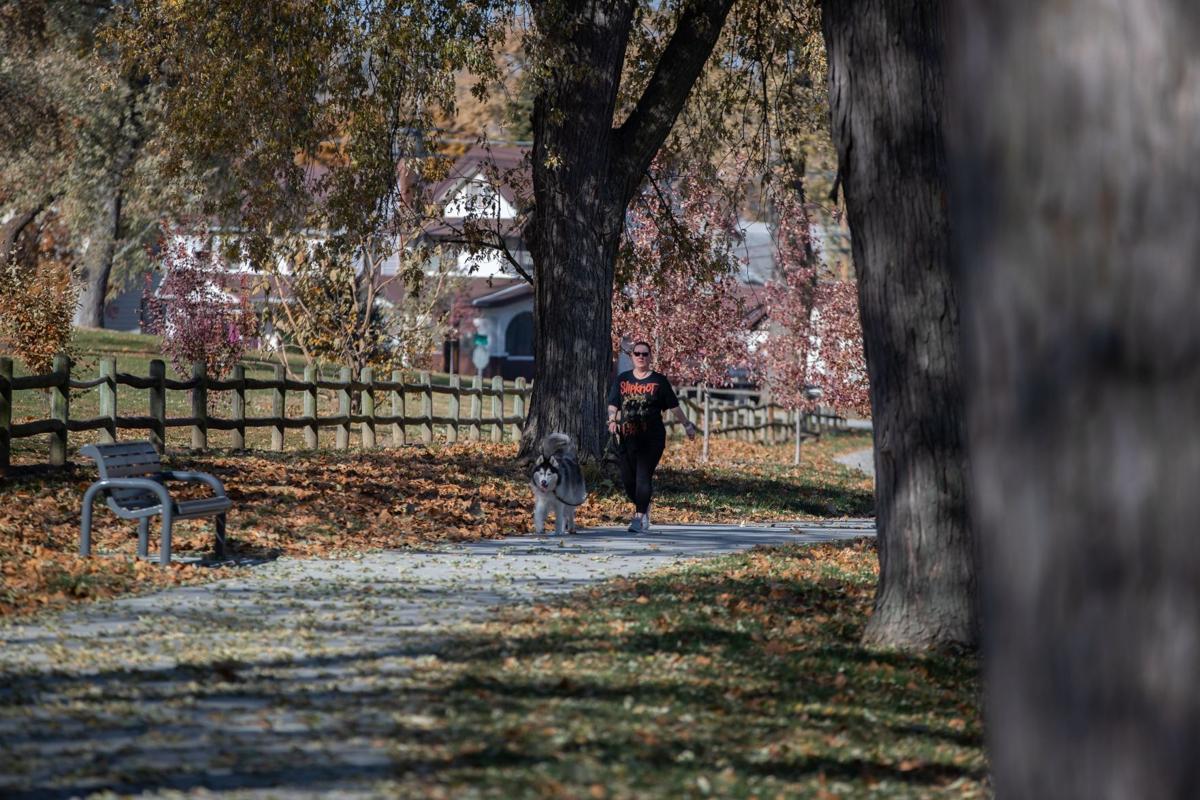 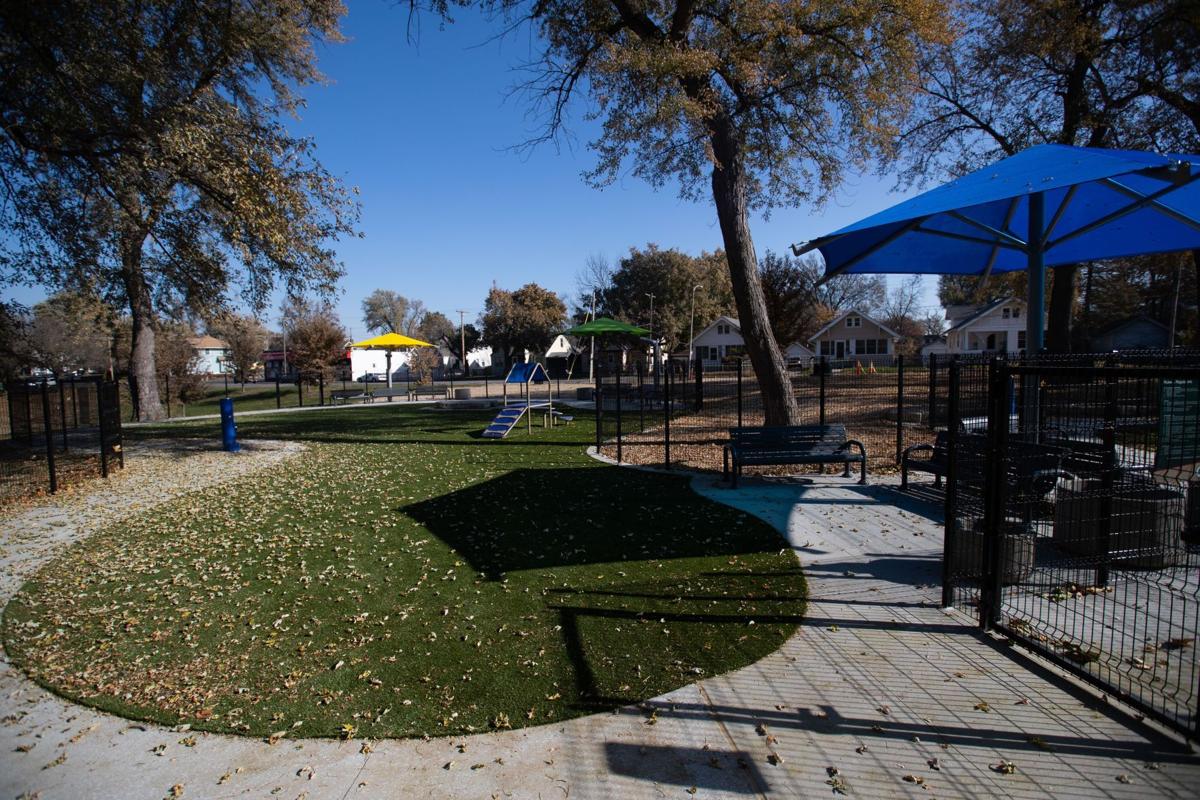 Upgrades at Miller Park in North Omaha include a new dog park. 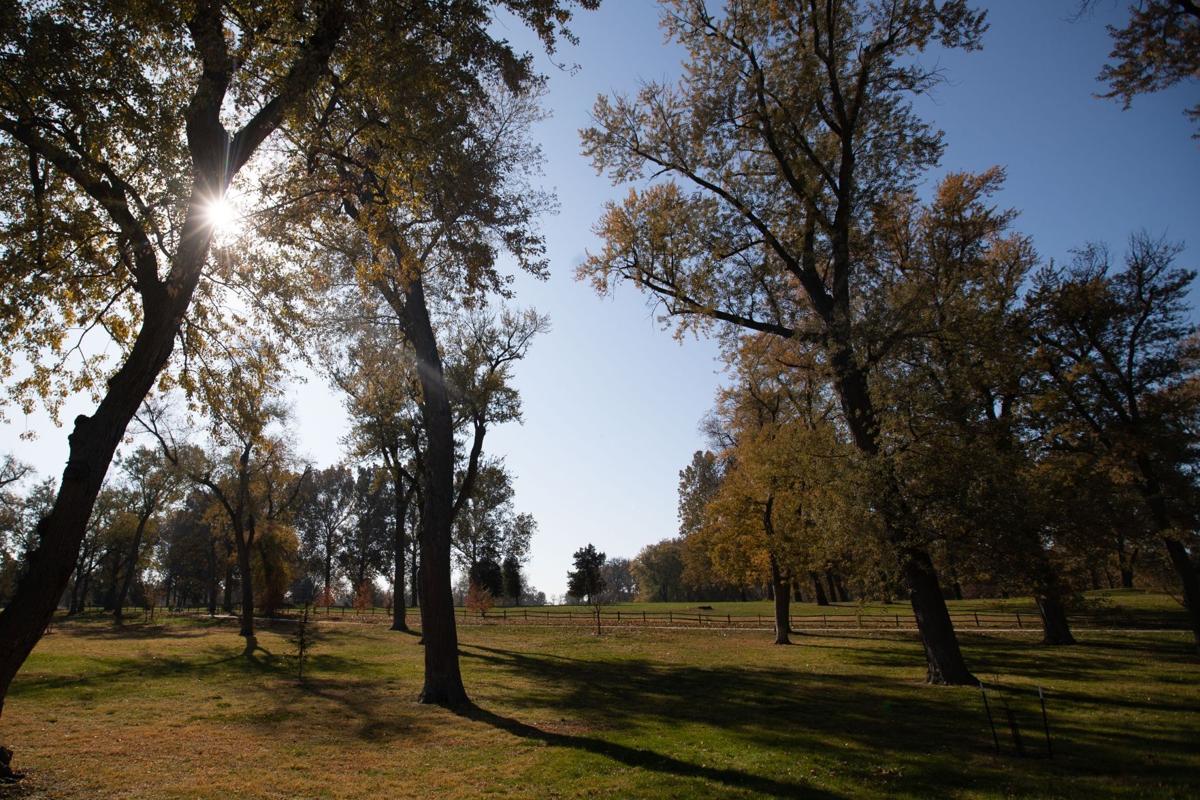 Miller Park offers a scenic views for those enjoying its walking trail. 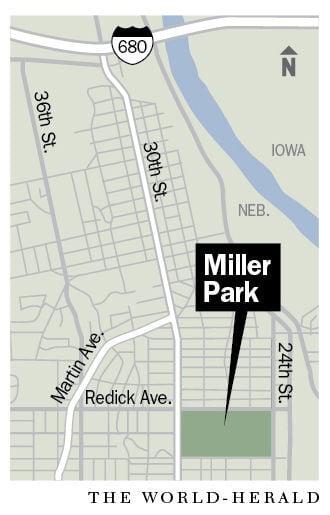 On one of this month’s unseasonably mild afternoons, laughter and giggles filled the playground at North Omaha’s Miller Park.

Children ran from slides to swings and on to something else as parents and grandparents watched from picnic tables and benches.

Nearby, beneath towering sycamore, catalpa and linden trees, a family sat down to supper at a picnic table.

Across the park, a man relaxing after work unleashed his dogs and let them run at a newly completed dog park.

Miller Park, one of Omaha’s oldest parks, neglected and sometimes overshadowed by the city’s problems with crime, has been restored to its place among Omaha’s crown jewels.

And the families whose homes surround the park have voted with their feet, filling all corners of its 80 acres: walking the trail; playing golf and basketball; bringing kids to the splash pad, playground and swimming pool; and visiting at benches and picnic tables.

“It invites people to have fun,” a young mother, Adriana Rodriguez, said of the refurbished park. Rodriguez brings her 7-year-old daughter and 4-year-old son to the park every week. “It’s a lot safer with these improvements. It’s more child-friendly; it’s more family-friendly.”

Three years ago, the Lozier Foundation, in collaboration with the Omaha Parks Department and other donors, set out an ambitious plan: Return the park to its old glory, but with updates to appeal to today’s families. A thriving park, the theory went, would feed positive energy into the surrounding neighborhoods.

Other improvements include a cushiony, kid-friendly surface at the playground, a high-tech soccer training wall, musical hopscotch that teaches children their numbers, picnic shelters, an amphitheater, pickleball and basketball courts, and a fountain. One hundred new trees, including birch, maple, oak, fir and spruce, have been planted.

The latest addition, a dog park, was celebrated Friday at a grand opening.

Still to come, according to John Williams, an Omaha parks planner, are restrooms by the playground, security cameras and improvements to the pavilion so that it can be used for more meetings, wedding receptions, reunions and youth programming.

A separate philanthropic undertaking, led by other donors, was the park’s $1.7 million Kerrie Orozco Memorial Ballfield, built in honor of a beloved Omaha police officer slain in 2015. It opened last year.

Bob Braun, executive director of the Lozier Foundation, said Miller Park had many of the attributes needed for success.

The park itself is scenic (the state’s largest larch tree is there), the nearby neighborhoods have strong leadership, and there is a reasonable percentage of surrounding owner-occupied homes, which provide stability.

“This was a gem sitting there, and for really not an amazing amount of money, you could really make a difference,” Braun said. “The idea was to get families into the park ... and to make it a center for the community. It seemed doable, and so far it’s working. That’s very cool.”

It’s not by accident that the Lozier Foundation cast its gaze on Miller Park. Lozier’s identity is bound up in North Omaha, Braun said.

The company, which describes itself as the nation’s largest manufacturer of store fixture systems, is headquartered in northeast Omaha. And the Lozier family hails from the neighborhood — Allan Lozier, chairman emeritus of the company, grew up just west of the park. He and his wife, Dianne, started the Lozier Foundation.

The private financial investment has been amplified by the on-site city staff who neighborhood residents say have proved pivotal to the park’s success. Park caretaker Chad Cawthon and Mike Rice, who oversees the golf course, make the public feel welcome and have gotten the park in its best shape in years, residents say.

“What (Cawthon) has done for the grounds around that park deserves an award. It looks cared for, it’s cheerful and welcoming, it makes you want to be here,” she said.

Youths can play golf for free at the par-3 course and get free lessons.

“Mike Rice is a stabilizing force at Miller Park. He knows the golfers by name, and they know him by name. They even know the name of his puppy (Ginger, a Shih Tzu).”

Rice credited the city’s renewed investment in the golf course, through additional staff and funding, for its turnaround.

“It used to be Omaha’s best-kept secret,” he said. “Not any more, judging by the number of people golfing.”

Miller Park was built in 1891 at the urging of George Miller, a founding father of Omaha who was influential in parks and boulevard development. In the years that followed, upper-middle class neighborhoods sprung up around the park as people were drawn there by the amenities and attractive stock of bungalows, Tudors and cottages.

Jackson-Triplett said things will only get better. Home values are rising, and the park is playing an increasing role in neighborhood life.

“It has become a nice, unifying green space that everyone uses,” she said. “It is giving everyone a chance to see each other.”

Shane Leonard has lived his entire life just a few blocks from the park, and he said he’s never seen it so busy.

“Isn’t this neighborhood great?” he asked as he exercised his pups, Penne Pasta and Lily Bee, at the new dog park. “This is one of those places that you don’t realize how special it is until you live here.”

"What (Chad Cawthon) has done for the grounds around that park deserves an award. It looks cared for, it's cheerful and welcoming, it makes you want to be here," - Michelle Jackson-Triplett, president, Miller Park Minne Lusa Neighborhood Association

"Mike Rice is a stabilizing force at Miller Park. He knows the golfers by name, and they know him by name. They even know the name of his puppy (Ginger, a shitzu)."

City crews are working to repair the Bob Boozer Pedestrian Bridge on the West Papio Trail. The bridge is between Pacific Street and West Center Road.

Kalcevich has more than 10 years of experience managing recreation centers, public pools, golf courses and other facilities, according to a press release from the Mayor's Office. 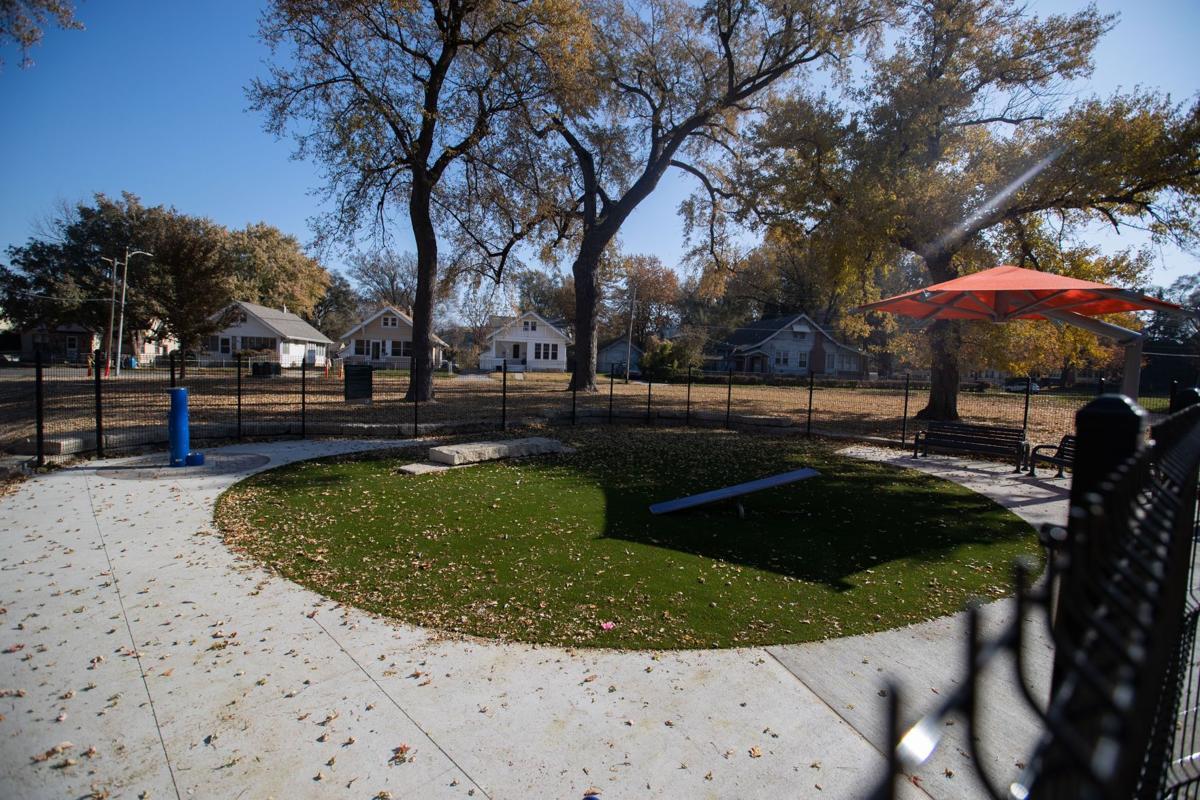 The new dog park was celebrated in a grand opening on Friday. Restrooms, security cameras and improvements to Miller Park’s pavilion are still planned. 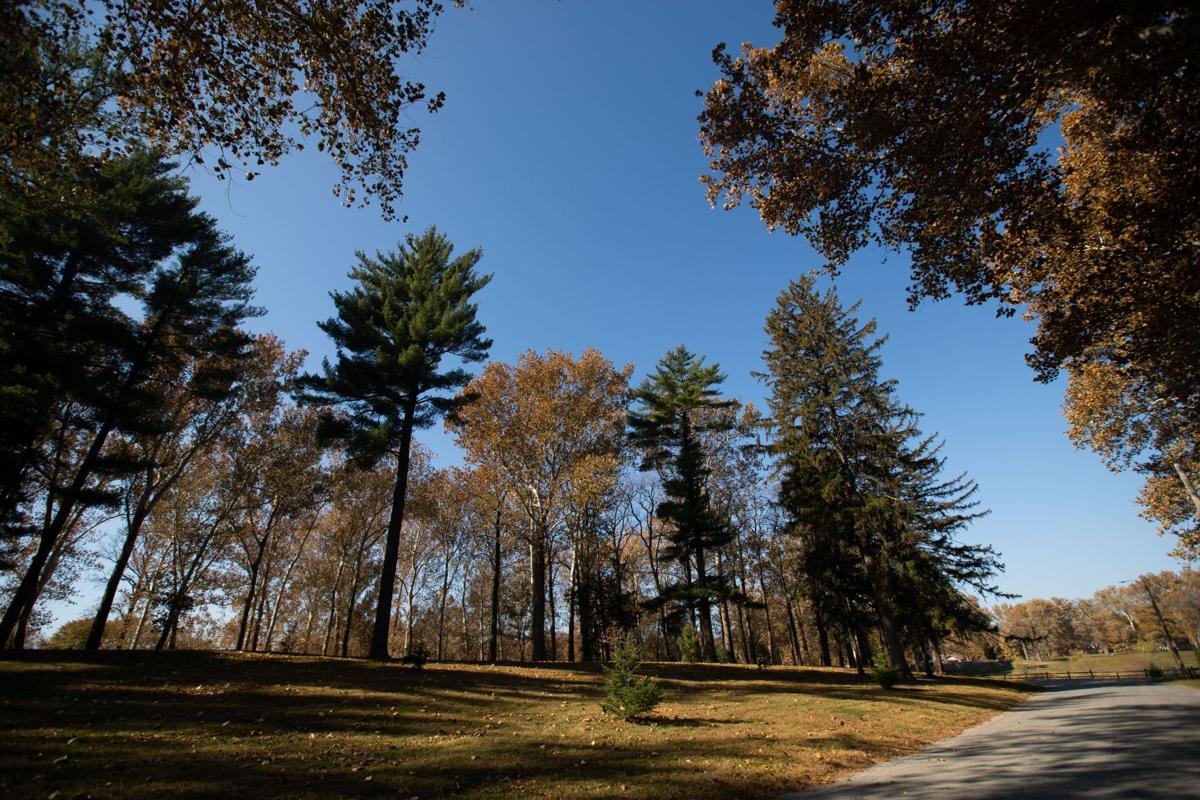 A wooded area is seen at Miller Park in North Omaha on Thursday, November 5, 2020.

Upgrades at Miller Park in North Omaha include a new dog park.

Miller Park offers a scenic views for those enjoying its walking trail. 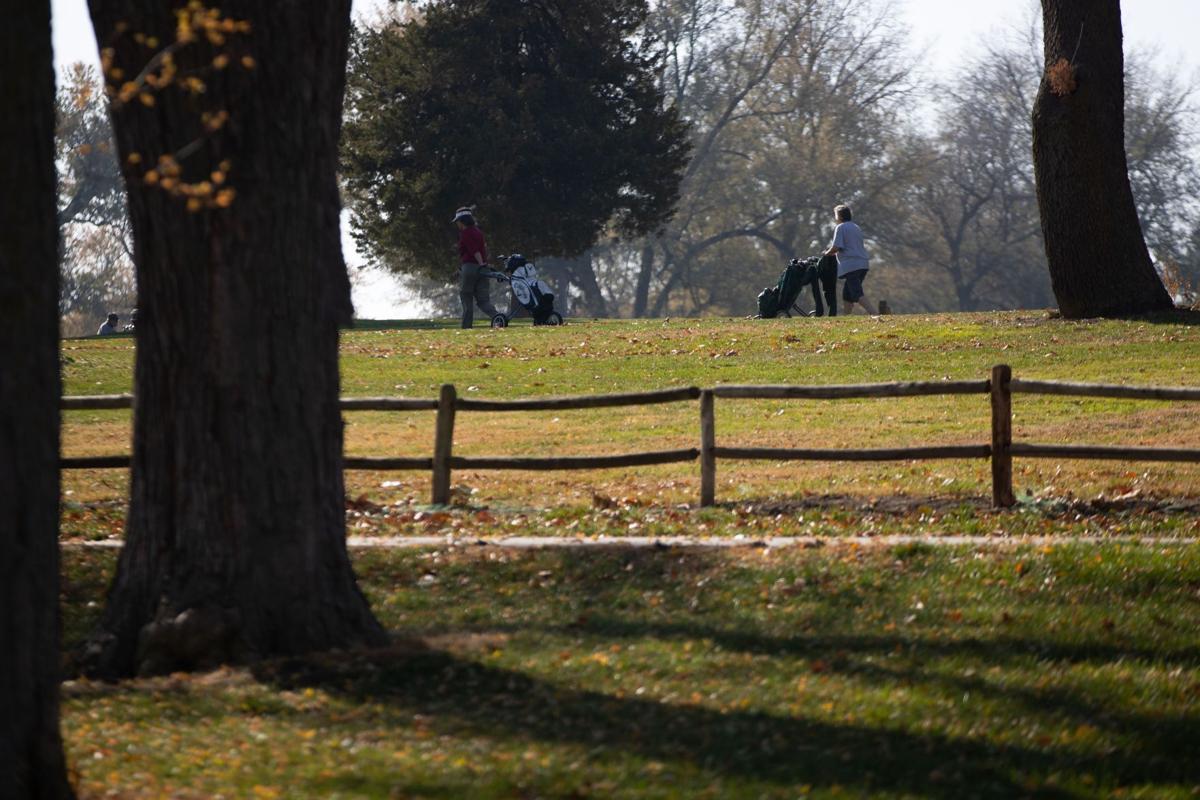 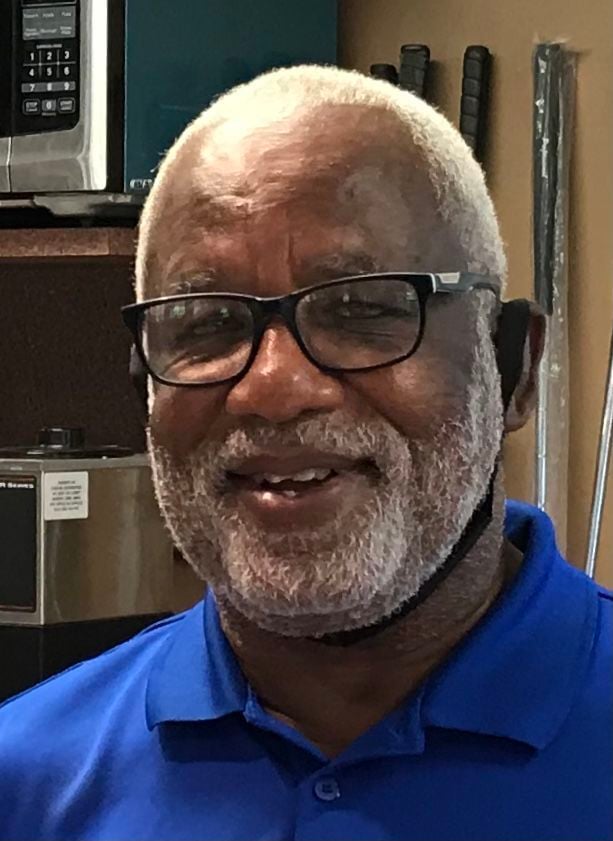 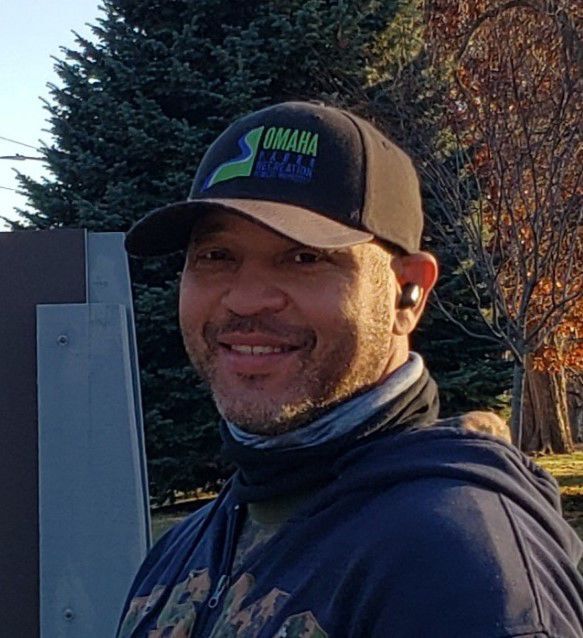