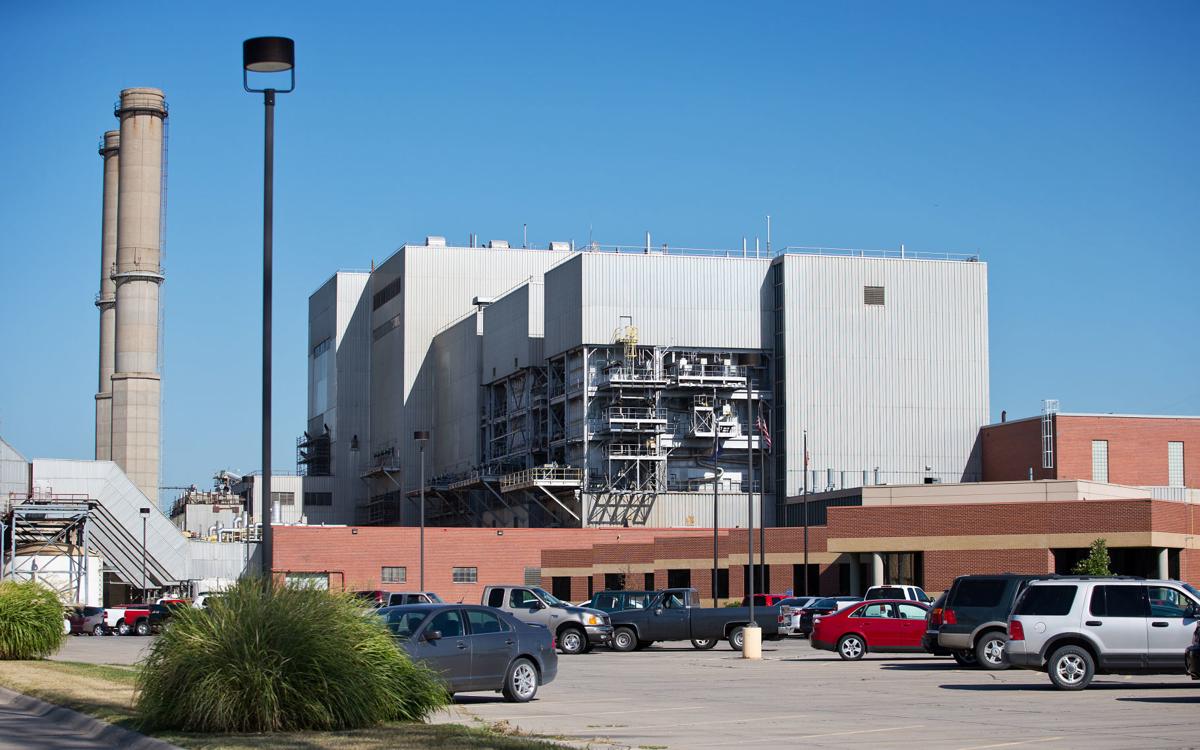 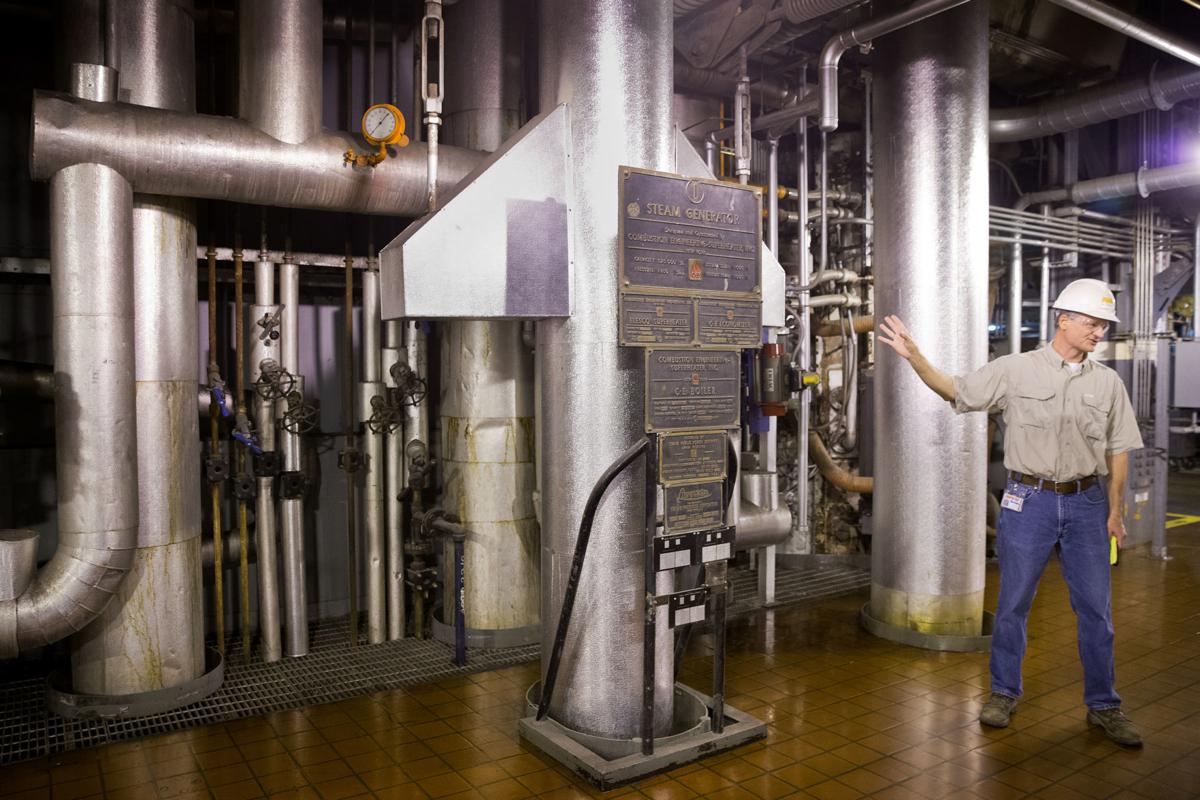 Randal J. Veik, superintendent of OPPD's North Omaha Station, leads a tour of the power plant in 2013. In the photograph, Veik shows the plant's steam generator 1. 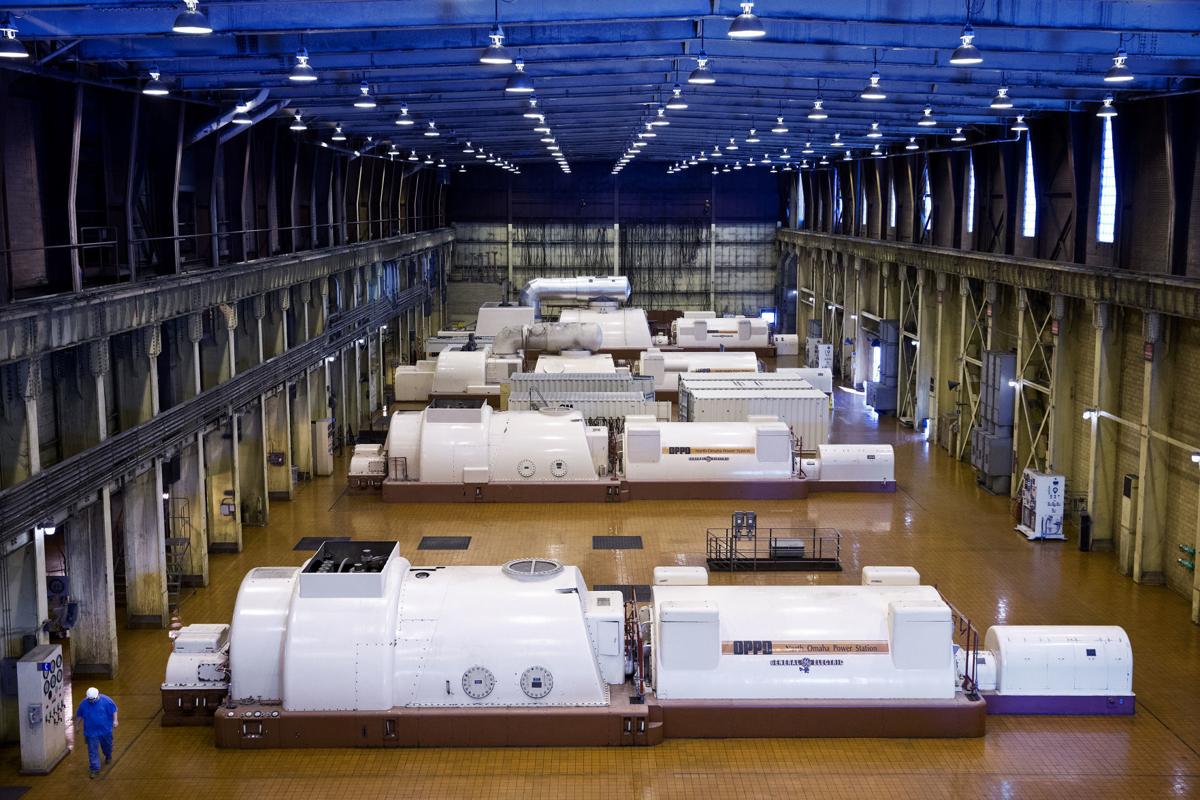 An employee of OPPD walks through the turbine deck at the North Omaha Station. At the power plant, coal is burned in a furnace.

The Omaha Public Power District board will vote as early as Nov. 14 to seek bids to produce 400 to 600 megawatts of solar power, officials said Tuesday.

That would be roughly double the size of the state’s largest solar installation announced to date, a 230-megawatt, $230 million project proposed east of Lincoln by Ranger Power.

OPPD is still deciding whether it’s more cost-effective to own and operate the farm, or to partner with a private company to operate it.

Burke declined to discuss costs until bids come back but said OPPD expected no general rate increase from the solar farm or related projects.

The publicly owned utility will ask bidders to propose locations in eastern Nebraska for the solar farm, Burke said. The site or sites would need access to OPPD’s transmission lines.

Burke said the OPPD installation, if built, would be the largest solar power project in this part of the Midwest.

The new investments are needed to improve the reliability of OPPD’s power grid and to ensure that the system can withstand disruptions, including from flooding, ice storms and tornadoes, said Dan Lenihan, OPPD’s director of planning and strategy.

Board member Janece Mollhoff asked about the impact on OPPD customers of adding so many data centers and high-energy users.

Burke said the cost of providing power to those users is covered by the rates the utility charges them.

Other OPPD residential and business customers are not subsidizing that growth with higher bills, he said.

To back up the solar panels when the sun doesn’t shine, OPPD also will seek bids to build new natural gas plants to provide up to a combined 600 megawatts of power.

Environmental activists, including John Crabtree of the Sierra Club and Eliot Bostar of Nebraska Conservation Voters, expressed mixed feelings about the solar proposal because of the new natural gas plants.

Crabtree said OPPD had come a long way since 2010, when its largest source of low emissions energy was the Fort Calhoun Nuclear Station, which has since closed.

The utility already has signed contracts to buy 1,000 megawatts of wind energy.

Bostar said he doesn’t know that OPPD had many viable options, besides natural gas, to back up the solar panels.

Currently, it’s difficult for utilities to store adequate power from wind and solar sources, which are subject to the whims of Mother Nature, to ensure stable power flows. Battery technology for that purpose is improving but not yet cost-effective.

The solar farm is part of a wider plan discussed Tuesday by OPPD to give customers cleaner power from sources other than coal.

OPPD also discussed setting a goal of a “net-zero” carbon future by 2050.

The utility, as part of its plans for future power generation, will stop burning coal at OPPD’s North Omaha Station on John J. Pershing Drive. It will shut down three older, less efficient turbines at the plant and shift two of the plant’s more modern turbines from coal to gas.

Doing so could cut carbon emissions at the power plant by up to 80%, based on OPPD estimates.

But OPPD’s north Omaha plant, which employs 136 people, may need fewer workers after the transition. Mary Fisher, OPPD’s vice president of energy production, said she has spoken to plant employees about the job uncertainty surrounding the shift to renewable energy.

Fisher said she has told them that OPPD will work with any employees who might lose jobs to find other opportunities, in and outside of OPPD. It’s too soon to tell how many jobs could be impacted, she said.

Board member Craig Moody said OPPD has to take care of its employees in an energy industry that is changing at “light speed.”

OPPD provides power to all or parts of 13 counties in eastern Nebraska.

The utility is seeking public comments via its website on the solar proposal, as well as its new goal for carbon emissions, through Nov. 8.

The spent nuclear fuel stored on an elevated concrete pad on the Omaha Public Power District property that hosted the Fort Calhoun Nuclear Station is safe from the flooding of 2019, OPPD officials say.

LED street lights coming soon to Omaha-area street near you

For the first time ever, three women are serving on OPPD's board

Returning Omaha Public Power District Chairwoman Anne McGuire has served on the OPPD board since 1997. In more than two decades, she has never served beside another woman.

Since 2016, customers who conserve electricity are seeing their bills increase, while customers who use the most power are paying smaller bills. Average-use customers, those who were paying electric bills of $80 to $125 a month, have seen little change.

The Omaha Public Power District board on Thursday approved a $1.18 billion budget for 2019 that keeps electricity rates steady.

Monthly fixed fees have risen roughly $5 a year since 2015 to shift more of the utility's costs onto all of its customers, regardless of how much power they use. Monthly set fees for residential customers will hit $30 a month.

OPPD's board set to take an environmental tilt. What will it mean for electricity costs?

Three new voices, when they join the eight-member board in January, will remake the board’s environmental lean, giving OPPD management what could be its first board majority focused on addressing climate change.

Nebraska utilities must proceed carefully if they're to achieve their obligations for sound energy policy, cost effectiveness and transparency.

The Omaha-area utility does good work in balancing requirements for affordability, reliability and environmental stewardship.

The most solar power in state history should flow into eastern Nebraska homes and businesses by 2024. That's when OPPD aims to finish Nebraska's largest solar power project, building it in or near the 13 counties OPPD serves.

Starting Jan. 1, MUD bills will go up almost $6 a month for average customer

Average residential customers should plan to pay nearly $6 more a month, or about $70 a year. Those who use more water or natural gas face bigger increases.

Sewers vs. solar power. Efforts to build up both could have big implications for Sarpy County’s future. But those efforts also have sparked a dispute over land.

Solar project with $1.3 million battery is a big step forward for Nebraska

Community solar projects allow local residents to tap into the benefits of solar energy without paying the upfront costs of putting panels on their homes.

Three of eight OPPD seats are up for election in November, and now only one of those races is contested.

The local Facebook data center that opened last year spans 2.6 million square feet and, in its peak, had an average of 1,000 construction workers on site daily.

Randal J. Veik, superintendent of OPPD's North Omaha Station, leads a tour of the power plant in 2013. In the photograph, Veik shows the plant's steam generator 1.

An employee of OPPD walks through the turbine deck at the North Omaha Station. At the power plant, coal is burned in a furnace.