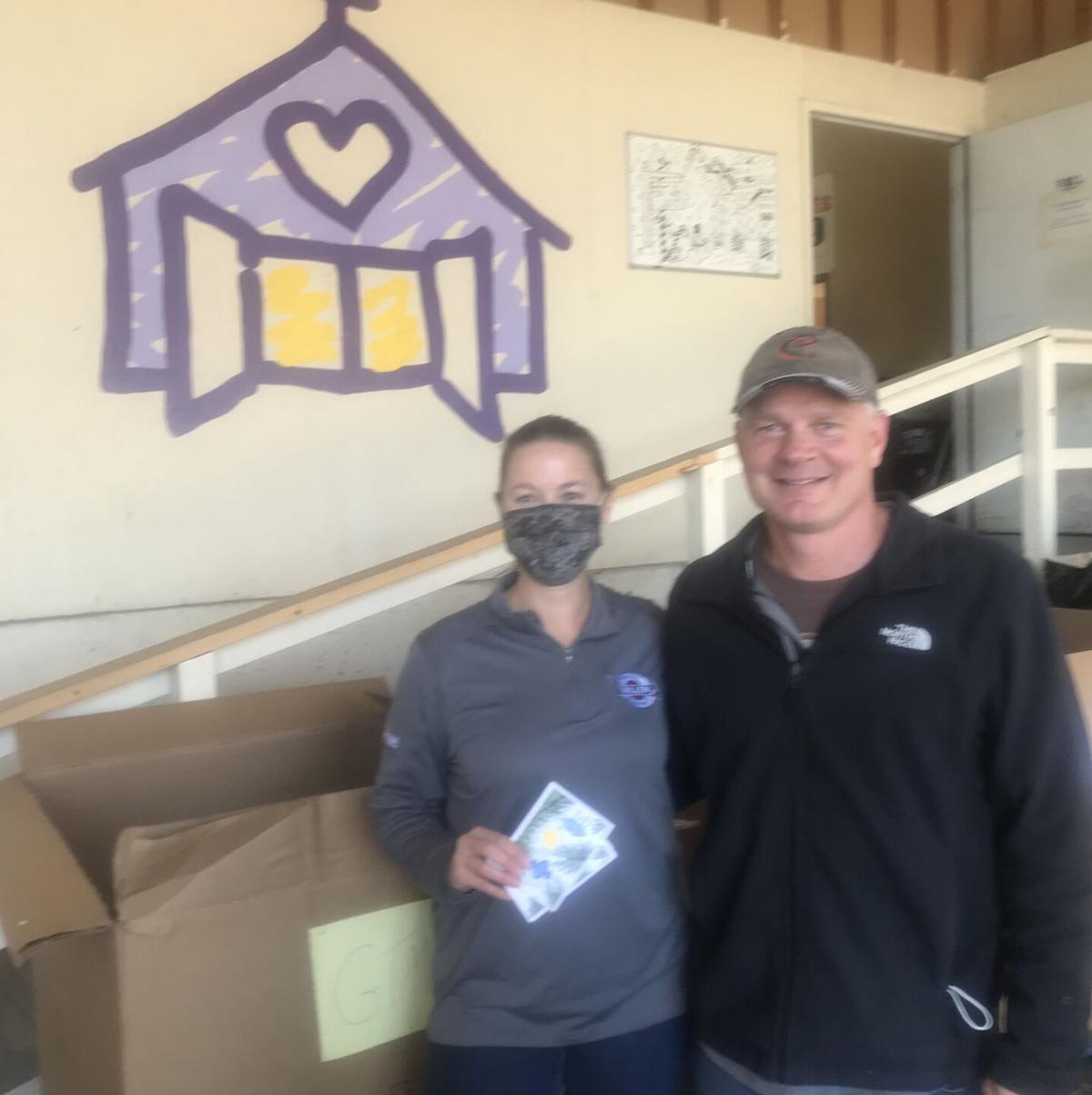 Melissa Gebauer and Larry Lange of Omaha were among the people dropping off Christmas gifts Sunday at the Open Door Mission. 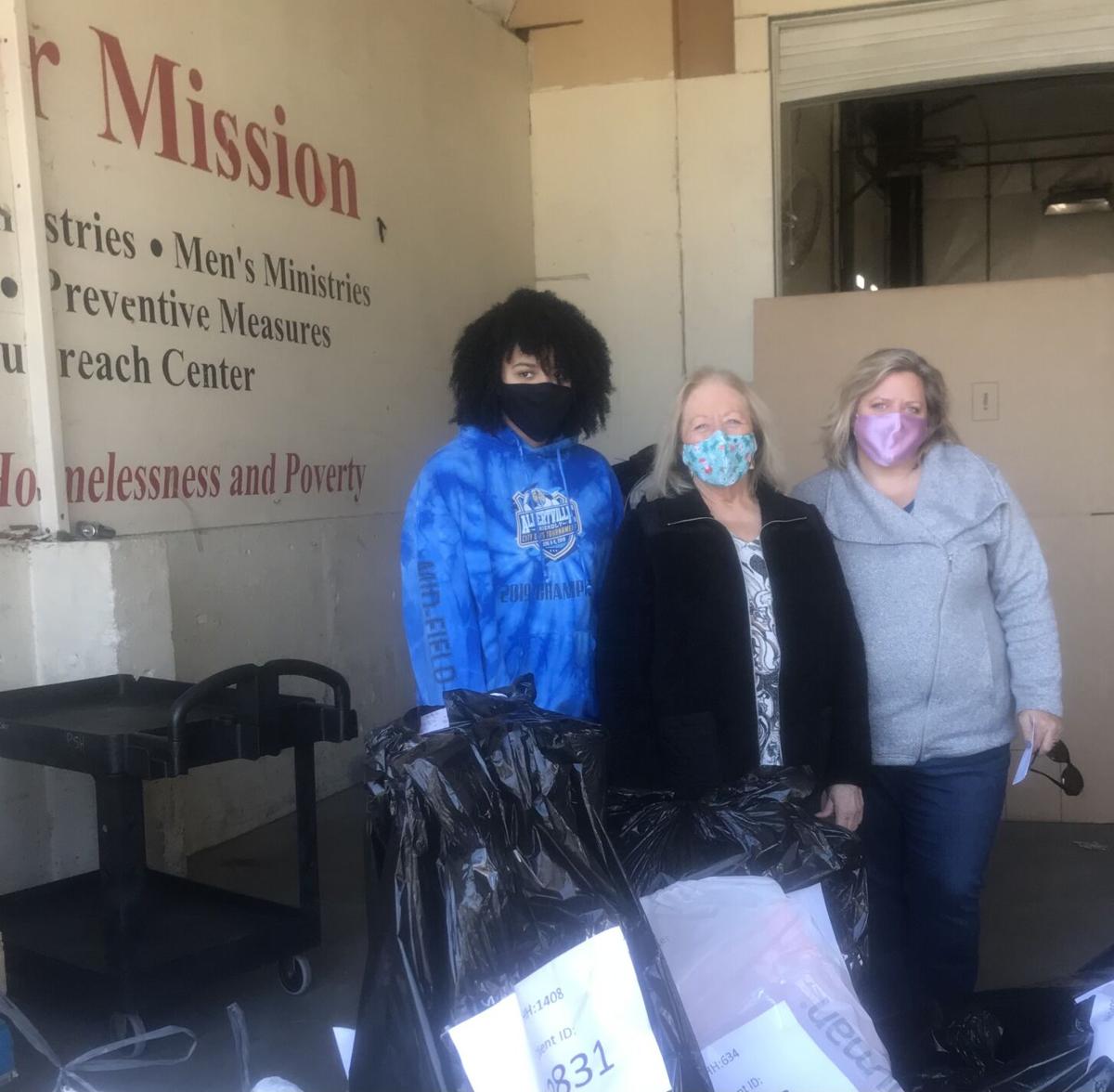 From left, Axelle Bicaba, Judy Combs and Kristen Combs-Bicaba of Blair dropped off Christmas gifts for 15 residents at the Open Door Mission on Sunday. “Our family has had tons of blessings, and we just want to share with others,” Combs-Bicaba said. 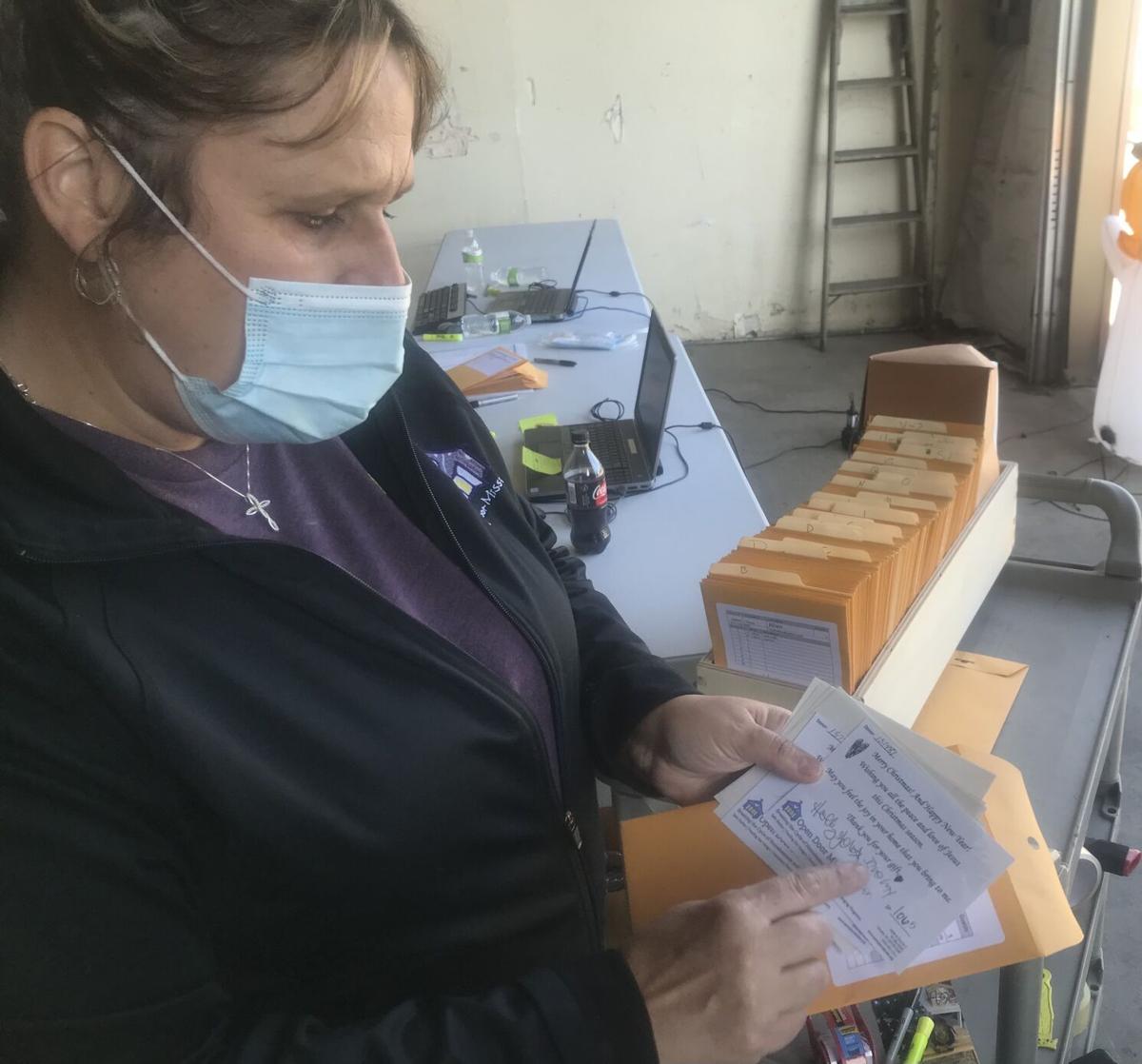 Prayers were answered Sunday at the Open Door Mission in east Omaha as donors arrived to fill Christmas wish lists during the shelter’s annual “Adopt a Guest” program.

More than 300 community members played Santa Claus for almost 700 men, women and children experiencing homelessness. A community member or group was paired with a person or family and bought gifts on each person’s wish list.

“It is so touching to see so many people in our community bringing in gifts for men, women and children who are going through a really difficult time,” Open Door CEO Candace Gregory said. “What we’ve realized during this challenging year of COVID is just how much our community cares. We want every person to feel special, and it brings us such joy to know they will because of our generous donors.”

The Adopt a Guest program fit right in with Gov. Pete Ricketts’ declaration of Sunday as a statewide day of prayer. Nebraskans were encouraged to engage “in acts of honor” over the weekend, including volunteering or making charitable donations.

Extra help couldn’t come at a better time for Open Door, Gregory said. Her staff moved directly from “Project Santa,” which ended Saturday and provided food and gifts to 6,000 children, to the “Adopt a Guest” program.

“This year is very different because it’s so labor-intensive to serve with COVID-19 protocols,” Gregory said.

The mission typically averages 2,500 to 3,500 volunteers a month, but because of coronavirus concerns, that number has dropped to about 520. But the community remains extremely generous, Gregory said.

“We’ve had programs like the Farmers of America bringing two semi loads of fruit and vegetables every week to feed 31,000 households,” she said. “We’re doing drive-thru programs because of the need to stay socially distant.”

Melissa Gebauer and Larry Lange of Omaha were among those dropping off items Sunday. Gebauer, who works for a software company, said colleagues donated enough money this year to furnish gifts for 12 homeless men, the largest number in at least five years.

“It’s been a tough year for everyone,” she said. “People really wanted to find a way to do some good.”

The wish list from the men had been straightforward, mostly including work boots, warm winter gear and jeans.

“Those are things that we pretty much take for granted, but they mean so much to these men,” Gebauer said.

Kristen Combs-Bacaba of Blair said her family has chosen to buy gifts for homeless people rather than one another for at least the past five years. This year, they purchased gifts for 15 men, women and children. But they also went back to a more traditional exchange.

“This year has been so terrible that we decided to go ahead and buy some gifts for each other, too,” she said.

The family gathered the weekend after Thanksgiving to shop online for everything from fishing rods to baby strollers. The grandchildren have fun shopping for other kids, Combs-Bacaba said.

“Our family has had tons of blessings, and we just want to share with others,” she said.

Meet one of Morocco's meteorite hunters

Meet one of Morocco's meteorite hunters

Melissa Gebauer and Larry Lange of Omaha were among the people dropping off Christmas gifts Sunday at the Open Door Mission.

From left, Axelle Bicaba, Judy Combs and Kristen Combs-Bicaba of Blair dropped off Christmas gifts for 15 residents at the Open Door Mission on Sunday. “Our family has had tons of blessings, and we just want to share with others,” Combs-Bicaba said.