From one end of Nebraska to the other, medical folks dressed in scrubs and masks turned their eyes skyward Monday to view a tribute meant just for them.

A Nebraska Air National Guard Stratotanker flew low over 30 hospitals in 22 cities, a salute to the medical personnel who have been on the front lines, treating patients in the COVID-19 pandemic.

“I thought it was totally cool,” said Sara Fruchtman, 39, a former Army medic who is now a surgical nurse at the Omaha VA Medical Center. “It’s awesome to think that they would do this for us.”

The flight started about 10:15 a.m. with a flight over St. Mary’s in Nebraska City. Within 10 minutes, the KC-135R passed over the Bellevue Medical Center and Midlands Hospital in Papillion before making a sweep over five hospitals in Omaha at about 10:30.

“We came out early just to see it,” said Kyle Suing, a physical therapist at the VA hospital. “It was lower than I was anticipating, and louder.”

The plane, carrying the call sign HUSKR15, visited Fremont, West Point and Norfolk before zigzagging southwest to McCook, then north to North Platte, Alliance and Chadron. The final flyovers took place about 2:40 p.m. in Lincoln, the aircraft’s home base.

“We saw roofs, decks and courtyards filled with people — social distancing — waving back at us,” said Col. John Williams, operations group commander for the 155th Air Refueling Wing, who piloted the flight. “What an honor it was to be able to do something like this.”

Linell Connolly was one of the last to see the plane fly over from the front yard of her home in Lincoln. The 68-year-old dental hygienist was laid off from her job and has decided to retire because she is a cancer survivor and at risk from the infection.

She’s also a lifelong airplane geek. Even as a little girl, she loved to watch planes

“I heard it coming. As I stepped out into the street, I saw it tip its wing and roll right,” Connolly said. “I think it’s wonderful.”

Williams had commanded the planned tribute flight last Wednesday, but it was scrubbed because of bad weather.

He said the crew feared having to cancel again Monday because of clouds as low as 3,000 feet in the Omaha area.

Once they got to Fremont and cities to the west, the skies cleared.

He said the part of the flight over Omaha was the toughest to execute. The route over five hospitals in six minutes — CHI Health Lakeside, Methodist and Childrens, University of Nebraska Medical Center, the Omaha VA, and Bergan Mercy — required tight, well-planned turns, complicated because the plane was dragging its refueling boom.

“We were certainly happy to get that behind us,” he said.

Over the past month, the Navy Blue Angels and the Air Force Thunderbirds precision-flight teams have flown high-speed passes over several cities across the country, but none were scheduled in the Great Plains.

The leaders of the 155th decided that they would fill the gap.

In a video posted on UNMC social media, Nurse Manager Meg Cordes said the gesture was much appreciated after a couple of difficult months.

“These little things that recognize (medical personnel) really help them get through each and every day as they’re working to take care of these patients,” Cordes said. “Awesome honor. We’re very thankful.”

Williams said National Guard members frequently are thanked for their service. So it felt good to honor others.

Another drive-thru testing clinic will be held Monday outside the OneWorld Health Center starting at 10 a.m.

Look, up in the sky! Nebraska Air Guard's hospital flyover is on again

The new route visits twice as many medical centers as last week's flight, which was scrubbed because of bad weather.

The Nebraska National Guard helped to unload vehicles and direct traffic as part of their support, helping state and local partners during the pandemic.

Two residents of COVID-stricken Life Care of Elkhorn have died

Officials "made the difficult decision to cancel the event for the safety of the community," according to a press release.

Creighton said through a press release that most of the affected jobs cannot be performed remotely.

For the past 47 years, Omaha woman, 82, has spent every Memorial Day weekend decorating graves

Pat Brown, 82, and family members decorated 35 graves on Sunday with silk flowers or pinwheels and flags for the veterans.

Pink Bandana helps women in Nebraska ages 40 and under who are battling breast cancer. 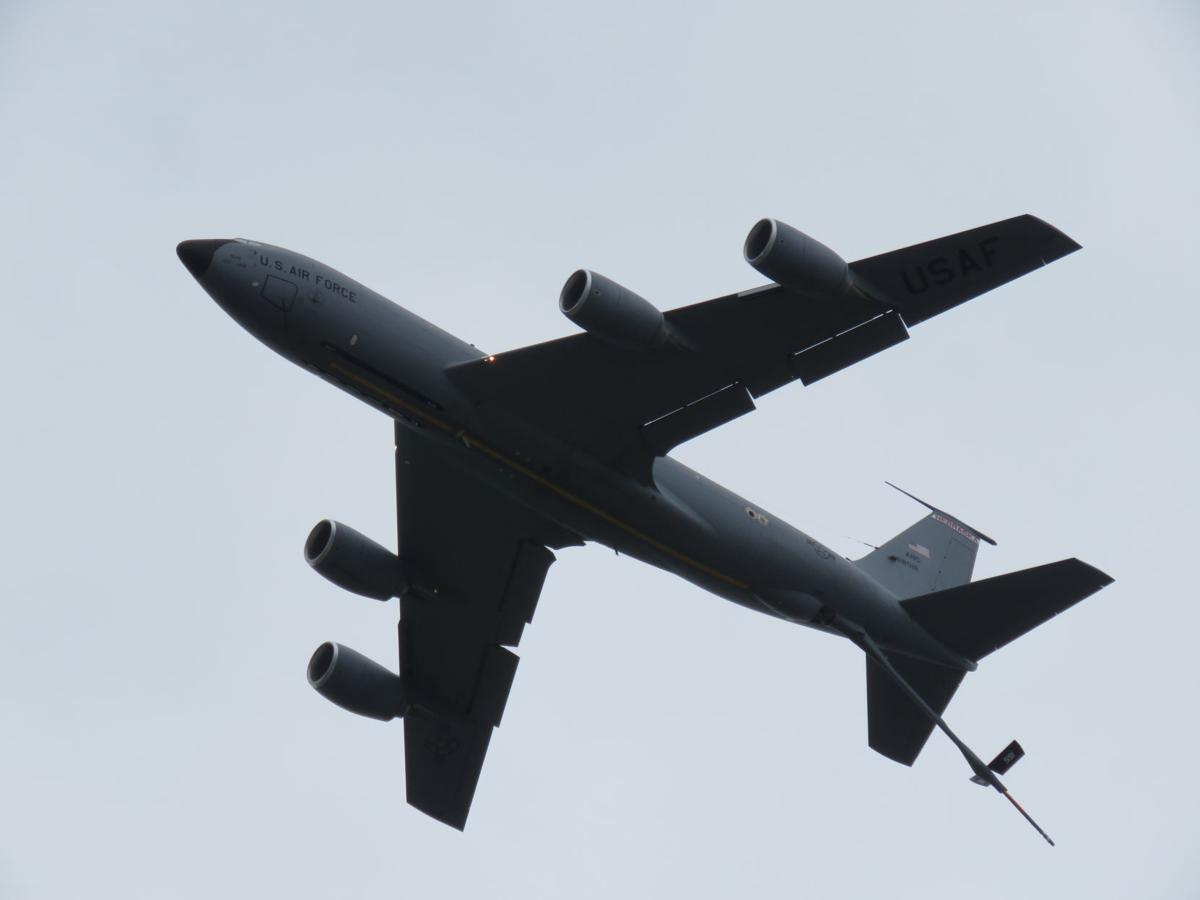 A Nebraska National Guard KC-135R Stratotanker flies over Omaha’s CHI Health Lakeside, one of 30 hospitals across the state it flew over 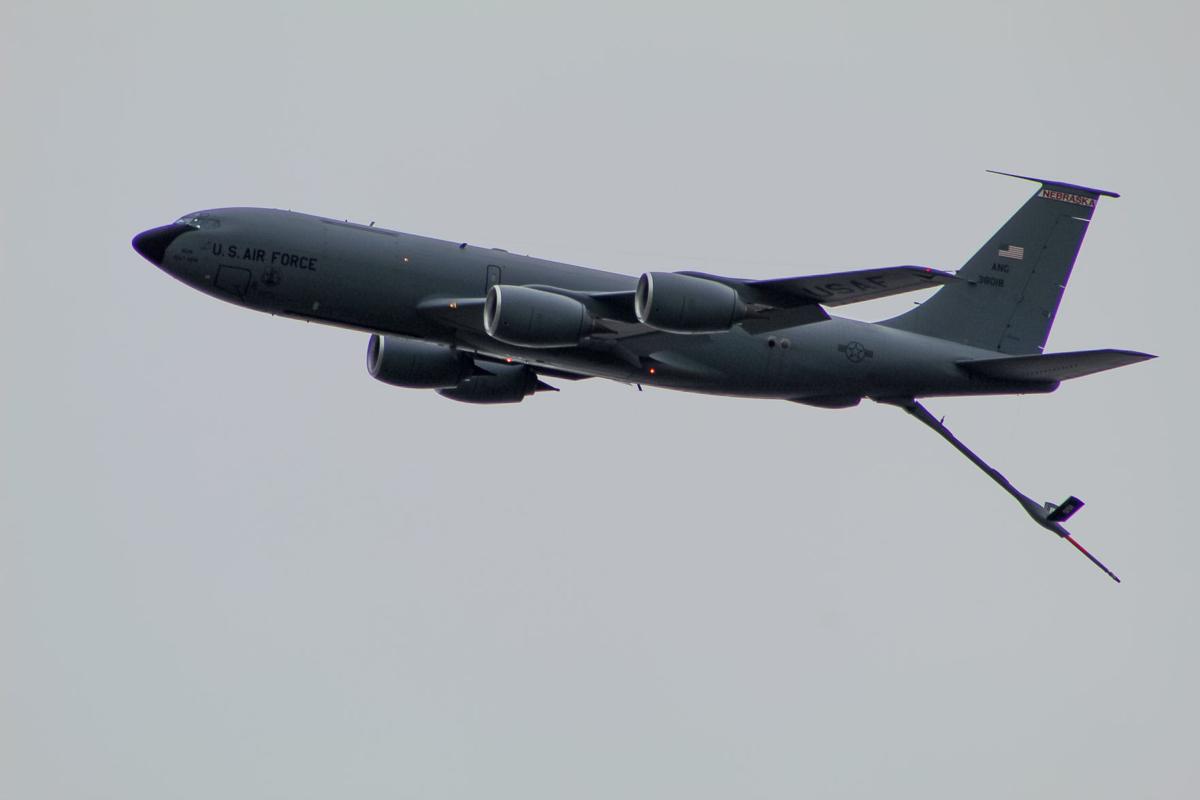 A Nebraska National Guard KC-135R Stratotanker flies over Bellevue Medical Center, one of 30 hospitals across the state the plane overflew Monday in a tribute to medical personnel on the front lines of the COVID-19 pandemic. 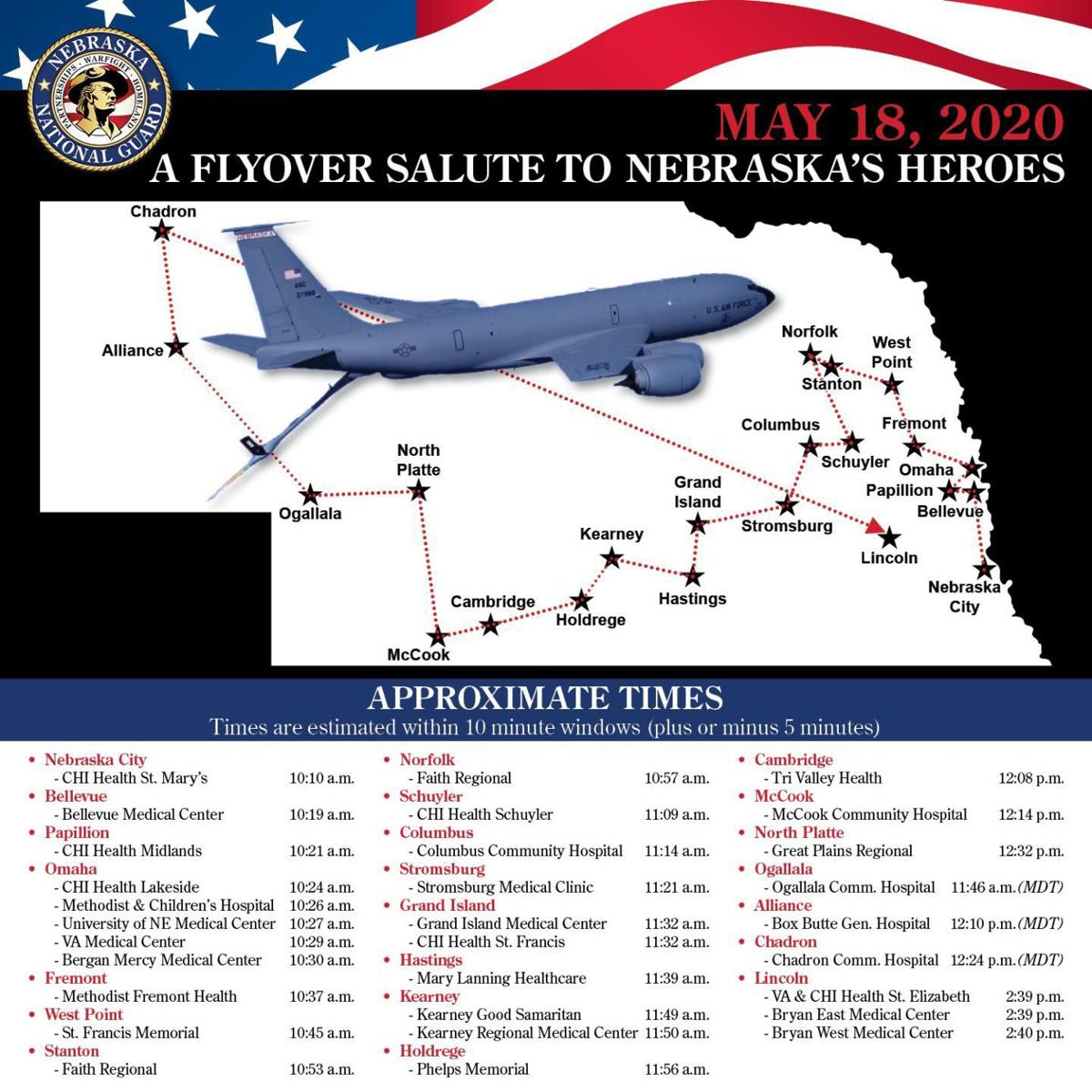 The Nebraska Air National Guard's rescheduled flyover had twice as many hospitals than its original planned route.