An accumulation of beauty Farrar discovered in the field through patient, meticulous work — like building an enclosure fitted with silkweed to photograph kangaroo rats in the Sand Hills, capturing a grebe atop a muskrat’s home on a pond, or photographing and studying myriad wildflowers of the Great Plains.

“His body of work in Nebraska — especially his work in the Sand Hills — will go down in the history of this state and the history of the region,” conservation photographer Michael Forsberg said. “I don’t think anyone will be able to touch it.”

Farrar, whose natural history photographs and articles peeled back the curtain on Nebraska wildlife and inspired a greater appreciation of the state’s flora and fauna, died March 30. He was 73.

Forsberg said Farrar took him under his wing when Forsberg joined the staff of Nebraskaland, which is published by the Nebraska Game and Parks Commission, in the early 1990s. Farrar was among a group of writers and photographers who helped grow the magazine in the latter half of the 20th century by establishing it as an authoritative guide to the state’s outdoors.

Farrar had good photography advice for Forsberg in those formative years: Don’t hang around the office too long; do good, honest work; if it hurts a little bit, that’s fine — “You can be comfortable being uncomfortable.”

Spend time with your subject. Don’t be afraid to come back again and again because each time you do, you’ll see something different.

Those were the days of film photography, said Forsberg, who remembers standing over a light table with Farrar, examining slides from a shoot. Then technology changed. Digital replaced film. In the Sand Hills, Forsberg would set up cameras with motion sensors attached, capturing anything that moved.

“He would find them and make a funny face,” Forsberg recounted, laughing. “Jon could be very serious, but he always had a twinkle in his eye.”

Another gray wolf shot in Nebraska, this time north of Fremont

Gerry Steinauer, a botanist at Game and Parks who worked at Nebraskaland, remembers Farrar as a classic outdoors writer whose signature style recalled a bygone era.

“He was a model for me on how to write and photograph,” Steinauer said. “He was the standard. His writing was short, crisp, to the point — classic nature writing. A style you don’t see a lot today.”

He could turn the Republican River into poetry, Steinauer says. He could describe migrating sandhill cranes along the Platte River with the precision of a writer and the detail of a natural historian.

En masse they clamber into the sky and like a swarm of summer insects move toward the river.

Climbing for only a quarter of a mile, they glide to join the scouts that tested the Platte’s shallow.

Most fall to the sandbars, others are carried beyond the roost and circle out over the valley.

It is well into the night before the sky is silent of their incessant calling.

On some clear nights, small groups wander the Platte’s shores, barely clearing the cottonwoods, calling mournfully into the darkness.

Winter has passed and the cranes seem anxious to move on.

$4.99 piece of equipment could have saved Nebraska boater from his 'circle of death' wounds

He was passionate about the Sand Hills, said Jim Van Winkle, Farrar’s longtime friend who ranches near Wood Lake. Van Winkle often accompanied his friend from Lincoln on shoots.

The two loved to hunt — ducks and snipe, especially. They would trade thoughts on books and articles, too: “We thought everything ever written on the Sand Hills fell short,” Van Winkle recalled.

Farrar “had the patience of Job,” Van Winkle said, rising day after day, returning to the same blind to get the perfect shot, sometimes taking thousands of photos just to pare them down to three or four for a piece.

“He was always pretty involved in the culture and was fascinated with how people live close to the land and how integrally they are connected to the land and the wildlife they share it with,” Van Winkle said. “When he honed in, whether it was kangaroo rat or a western grebe, he’d spend days, weeks capturing the essence of that species. ... His magazine articles to me were always above and beyond on the research side.”

'It's a little scary': Locals worry limits on camping at Lake McConaughy will hurt business

Farrar was born in Genoa and grew up in Monroe near the Loup River, where he was hooked by the natural world. He started keeping field notebooks filled with observations. Farrar later graduated from the University of Nebraska-Lincoln with a degree in wildlife management and worked as a plant propagator for Game and Parks while in college.

He then joined the Nebraskaland staff, where he worked for 42 years before retiring about 10 years ago. He was known for orchestrating special issues, and his pieces were circulated in other magazines and books, too. He also wrote numerous books, including “Field Guide to Wildflowers of Nebraska and the Great Plains.”

“It’s a good book textwise, but I think he set a new standard for photography in these state plant field guides,” Steinauer said. “His photos outdid any other photos.”

Farrar also recorded the stories of nursing home residents, according to his obituary, giving copies of the interviews to the residents’ families.

Forsberg, who is the author and photographer of numerous books and pieces on the Sand Hills and Great Plains, said he considers any material from Farrar a primary source because of the extensive research that went into his work. He remembers those filing cabinets that were organized by subject, chock full of knowledge.

“His files are a treasure trove,” Steinauer said.

Farrar was a source to turn to when needed, his colleagues said. An expert to consult.

For Van Winkle, he was a friend one could rely on.

“The ol’ Sand Hills are going to miss him this spring.” 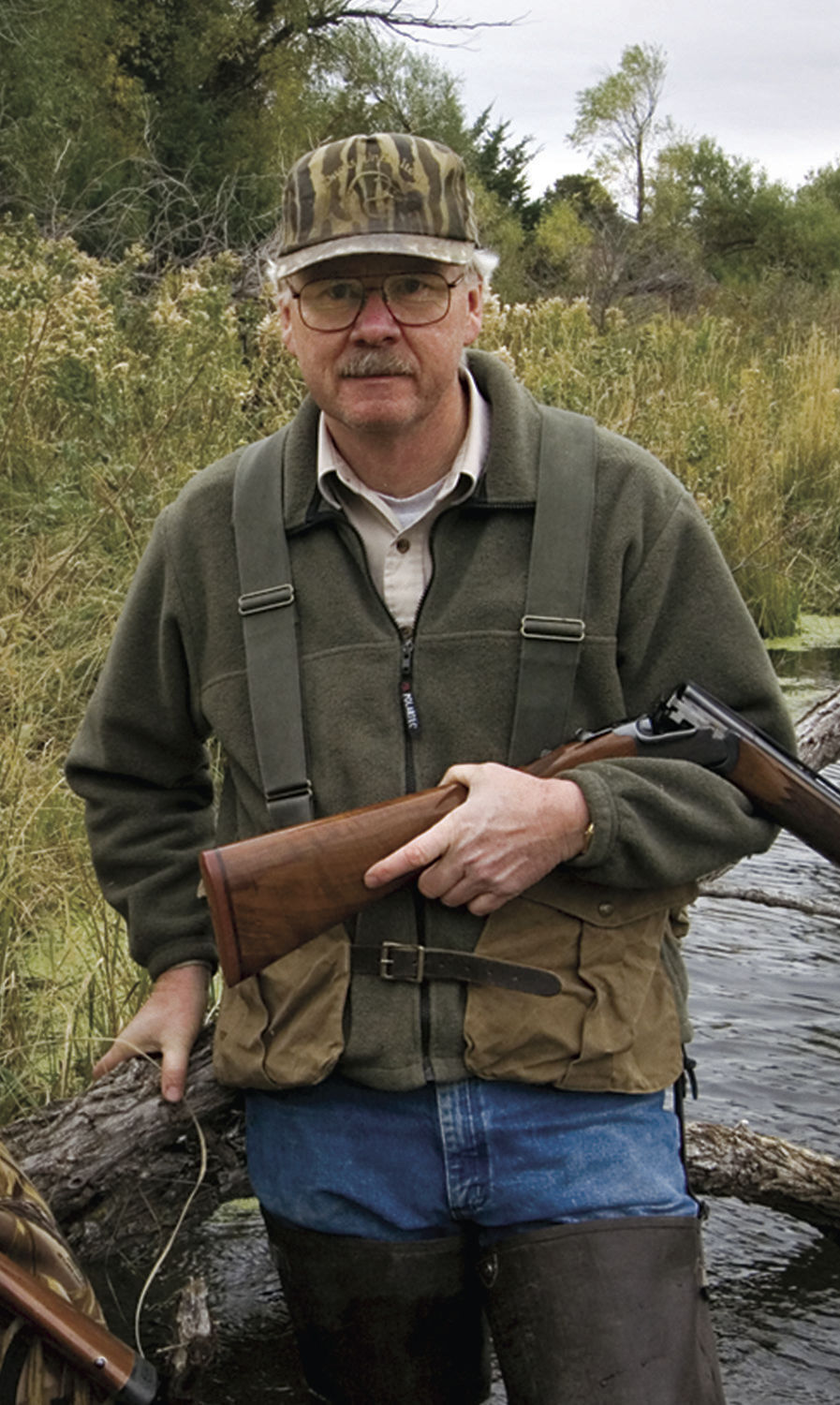 Farrar on a wood duck hunt in Cherry County in October 2005. 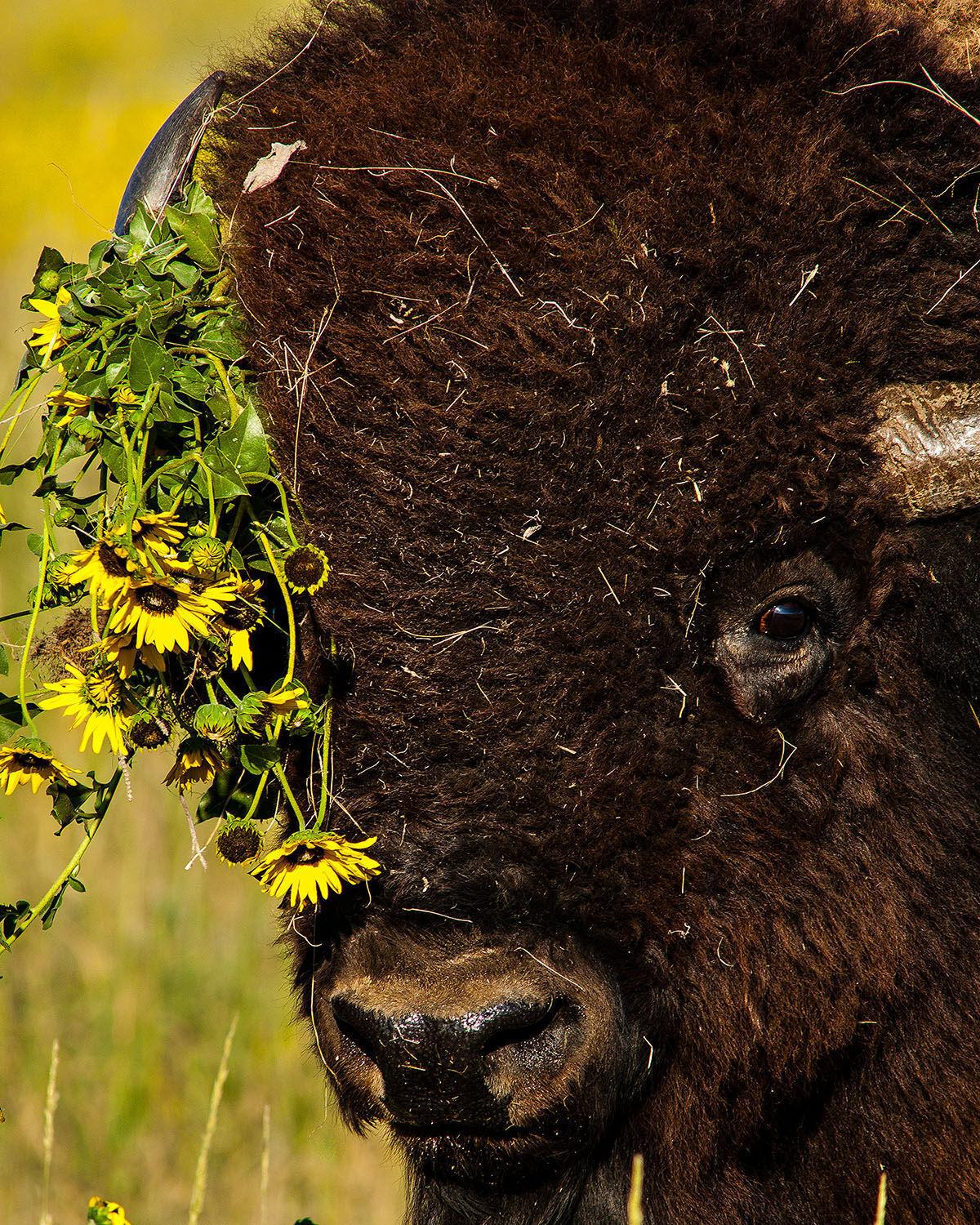 A bouquet of sunflowers adorns the horn of a bison that had just finished wallowing at the Niobrara Valley Preserve in Cherry County in August 2005. 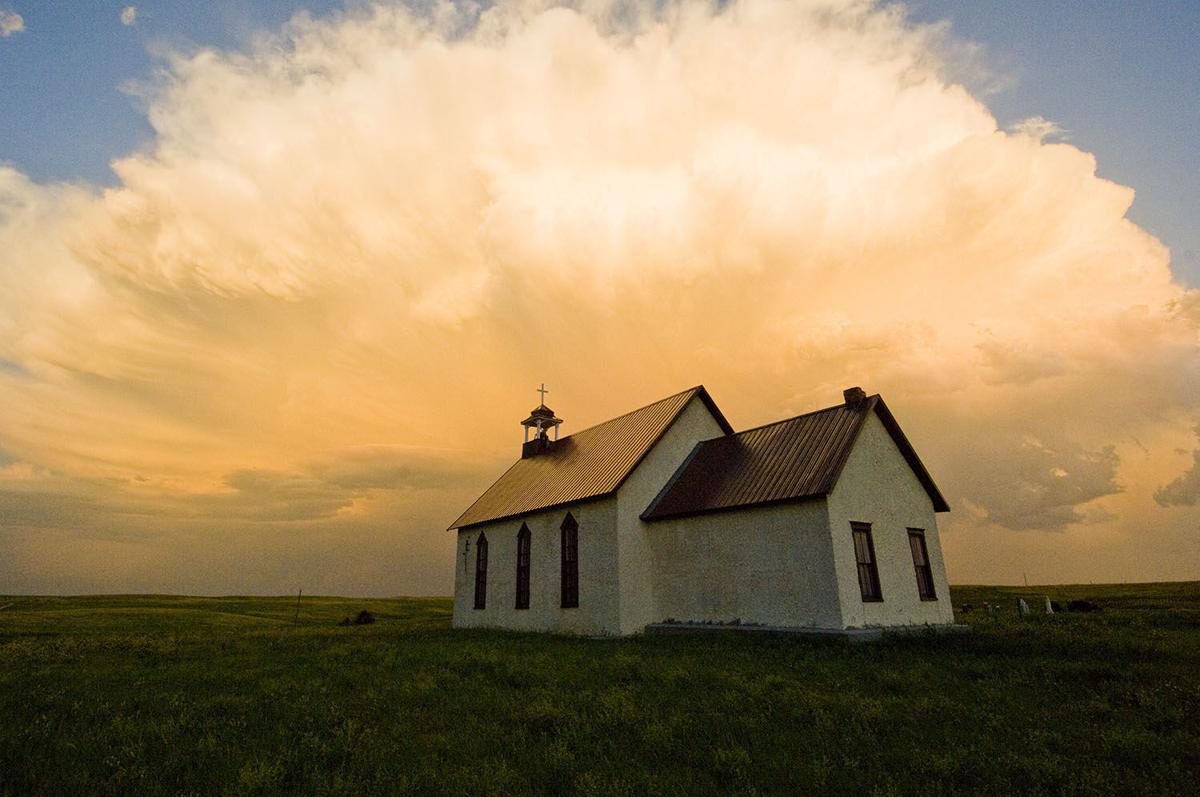 Immaculate Conception Church near Montrose in the Oglala National Grasslands in Sioux County in June 2010. 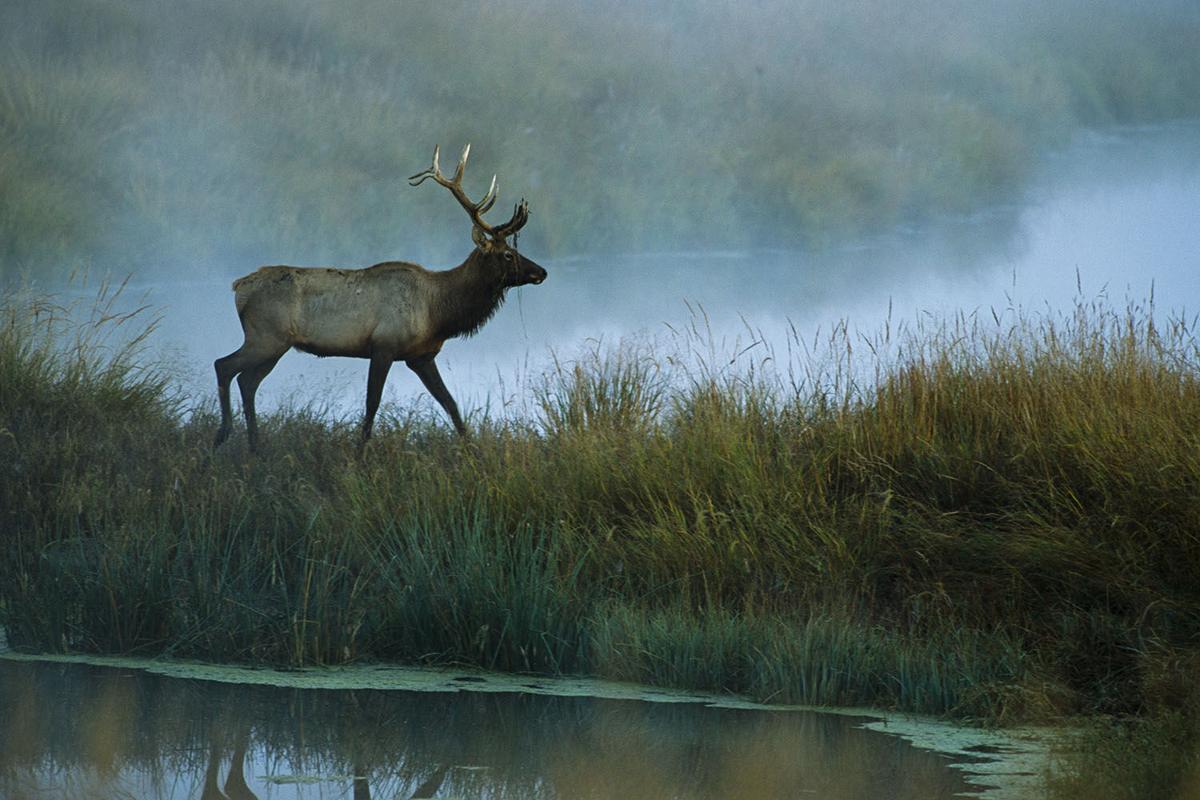