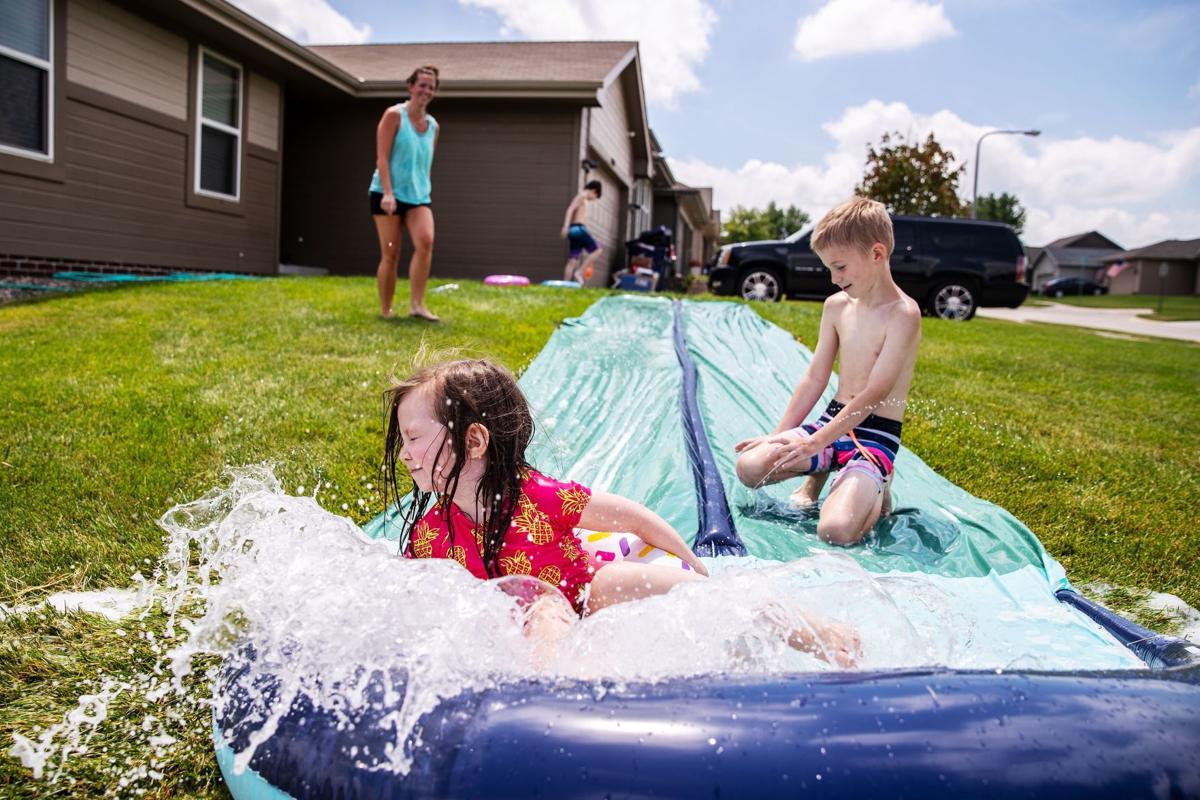 Amanda Cassidy watches her daughter Grace slide into a pool at the end of a water slide at their home near Quinn Drive and Ohio Street in the Elkhorn Highland Ridge neighborhood on Tuesday, when the Omaha City Council voted to approve annexation of the subdivision. 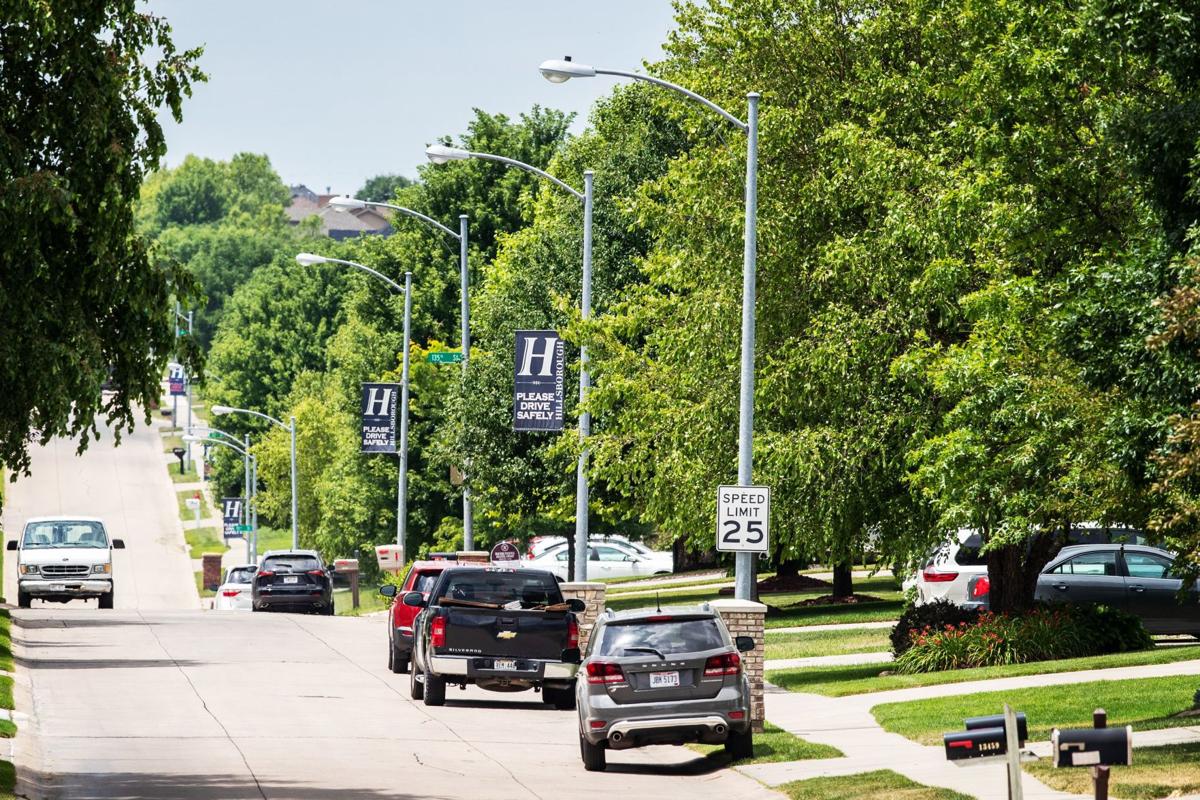 Those areas are located in the west and northwest fringes of the metropolitan area.

When Stothert in May proposed annexing those subdivisions, she said they met the city’s annexation goals of eliminating “islands” of land already surrounded by the city; annexing areas that will be revenue-positive for the city over the next decade; and incorporating subdivisions that can be served by the city’s Police and Fire Departments.

The city projects that it will collect an estimated $43.5 million in revenue over the next decade from this round of annexations. Nearly $23.2 million of that will come from property tax revenue, with more than $18 million from sales, restaurant and hotel taxes, according to the city.

John Fullenkamp, an attorney representing the Grayhawk Two subdivision, said the prospect of annexation was generally well-received by homeowners, who will see lower property taxes once they’re incorporated into the city.

Property taxes in those eight subdivisions will decrease by an average of nearly $505 per $100,000 of valuation, according to the city. Omaha’s population will increase by about 2,160 based on 2010 Census data.

“The homeowners understand this is just part of the process,” Fullenkamp said.

Residents of Hillsborough Estates had been anticipating annexation because the SID is surrounded on all sides by land previously incorporated into the city, said attorney Martin Pelster, who represents that subdivision. The SID’s valuation also had increased after the recent construction of a nearby apartment building, Pelster said.

“This was no surprise,” he said.

Pelster said there’s always some concern by homeowners that they won’t receive the same quality of service they’re used to, but those fears usually subside once people adjust to city services like trash, police and parks maintenance.

Palermo, who has previously voted against annexations, expressed concerns that the city won’t be able to adequately provide services — such as public safety, parks maintenance and waste collection — to the city’s newest residents because of the pandemic’s effect on the city budget.

The subdivisions have 26 lane miles and 5.6 acres of parkland. The Fire Department has already been providing fire protection and emergency medical service to the subdivisions. The volume of 911 calls in those areas is generally low, the city has said.

Typically, annexed residents need to purchase new trash cans and pick up recycling bins to adhere to the city’s waste collection method. But the city begins a new trash contract in January, so to prevent those people from having three different trash collectors in one year, the city has made arrangements to allow some of the SIDs to keep their current service until the switch.

The neighborhoods all are concentrated in far west and northwest parts of the metro area.

Love them or hate them: Electric scooters are returning to Omaha

After a second vote, the Omaha City Council approved plans for electric scooters to return to the city.

An Omaha entrepreneur plans to bring retail businesses, townhouses and more to downtown Ralston through a $14 million public-private partnership with the city.

Omaha police update use of force: No more knees on necks, officers must 'intervene'

The update to the Omaha Police Department's use of force policy was among multiple changes announced Thursday amid a national outcry about police brutality.

Councilman Ben Gray does a 180. Now electric scooters could return to Omaha

After one councilman does a 180, electric scooters are back on the table in Omaha.

Burke High grad seeks to rename school because of namesake's past

Burke High School graduate Grace Loux is proud of her alma mater, including its diversity. Now she is seeking to rename the school due to its namesake's past.

The Douglas County Assessor’s office attributes the increases to Omaha’s continuing hot housing market and the office’s obligation to keep up. One North Omaha home saw a 77% hike.

The coronavirus pandemic has upended Omaha’s 2020 city budget. As Mayor Jean Stothert looks toward to next year, she’s planning for a rebound in city revenues.

Mayor Jean Stothert is proposing a small Omaha annexation plan for this year: two subdivisions and an apartment complex.

Amanda Cassidy watches her daughter Grace slide into a pool at the end of a water slide at their home near Quinn Drive and Ohio Street in the Elkhorn Highland Ridge neighborhood on Tuesday, when the Omaha City Council voted to approve annexation of the subdivision. 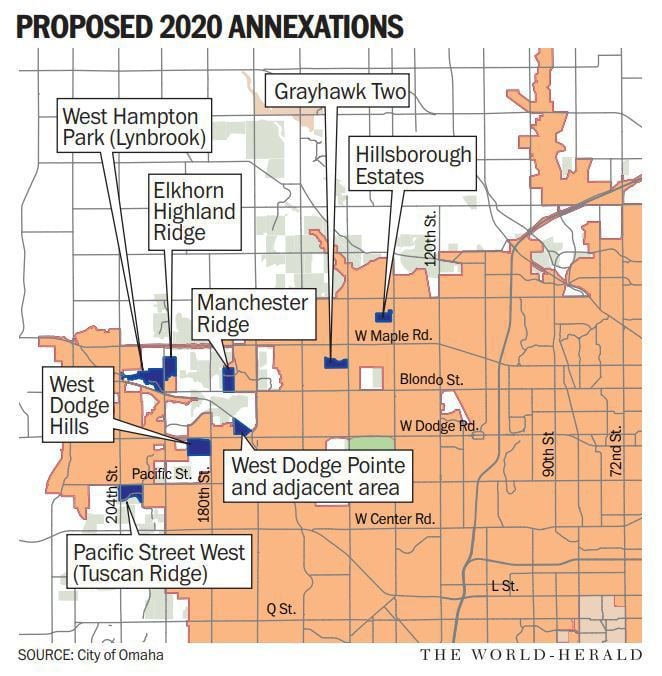