A show at the Orpheum Theater scheduled for Saturday night is not only an original, professional production that tells stories of Omaha’s Black and Latino heritage through dance and drama, it’s also a love letter home from noted Broadway dancer and choreographer Ray Mercer.

A native of Omaha who has been performing in “The Lion King” on Broadway for 19 years, Mercer choreographed the Orpheum show, “Omaha’s Forgotten Century.” He is also the show’s creative director. He collaborated with a host of Omaha creatives, including director Kathy Tyree, scriptwriter Peggy Jones, visual artist Hugo Zamorano and creative consultants from the community.

The show will be performed live at 7:30 p.m. at the Orpheum, 409 S. 16th St. in downtown Omaha. Admission is free. It’s the finale of the second season of Voices AMPLIFIED!, an Omaha Performing Arts initiative to highlight artists from diverse cultures and their work in social justice.

Mercer, a graduate of Central High School and a current artist-in-residence at Omaha Performing Arts, said he is proud of Omaha and its art community.

“I’ve always had a strong connection to Omaha. My family’s here,” he said. “(The show) merges my two worlds, my world in New York with my hometown of Omaha.”

The story is told through the eyes of two characters: 12-year-old Ernie and his Grandpa Apa. Ernie is played by Artie Shaw, a Central High School student. His grandfather is played by professional Omaha actor D. Kevin Williams.

Ernie is writing a play for school about his family history. He goes to see his Grandpa Apa, who shares family stories that relate some of the important historic moments and cultural touchstones in Omaha history.

Dancers — whom Mercer brought from New York — will join two actors from Omaha to take the audience on a journey from the 1930s to today. The dancers convey the stories, too, through multiple genres, including historic 1930s dances, Latin, a little hip-hop and contemporary modern, Mercer said.

The show is entertainment, not a history lesson, Mercer stressed. It moves quickly, at just one hour long, but it says a lot.

“I wanted to celebrate the African American history that’s evolved here in Omaha from the 1930s, from the stories that my grandfather used to talk about, to the present,” Mercer said.

There are cultural references that some longtime Omahans will get: certain clubs, bands and radio stations, and the trolley that travelled 24th Street, said Jones, an associate professor in Black Studies and Women’s and Gender Studies at UNO.

“Are things really forgotten, or were some things just never known because they were not thought worth knowing?” Jones said.

She said she hopes people enjoy nostalgic moments about familiar places and people, learn things they didn’t know and are inspired to tell their own stories and connect with other people .

Along with Tyree and Mercer, Jones worked on the script with creative consultants from Omaha: Jade Rogers, a historian and educator at Metropolitan Community College and UNO; local artists Linda Garcia and Jose Garcia, co-founders of the Mexican American Society of the Midlands; and Aaron Gregory, Omaha Performing Arts’ community engagement specialist and a dancer and choreographer.

Andy Cassano, producer of “Omaha’s Forgotten Century” and vice president and programming and education for Omaha Performing Arts, said Voices AMPLIFIED!, created with OPA in 2020, “has morphed into a wonderful series of events and a wonderful way of engaging so many parts of our community to come together.”

The initiative has received funding from Mutual of Omaha and Humanities Nebraska. “Omaha’s Forgotten Century” also is getting support from the National Endowment for the Arts.

Cassano said many artists who have been featured as marginalized voices have said they want their art to be able to bring people together and talk about pain, be it shared pain or one that others didn’t realize existed.

“That is something that can help join us together and so that we can continue to learn from each other, while finding a common ground to move forward together as a stronger community,” Cassano said.

He said the creators wanted Saturday’s production “to show the pain and the angst” that are part of Omaha’s history.

“But we also wanted to create a sense of hope and joy,” Cassano said.

Review: 'Kinky Boots' kicks it at the Omaha Community Playhouse

"In the end, the excellent acting and production values left me feeling OK about my night at the theater," writes theater reviewer Betsie Freeman.

Review: 'The Giver' at the Playhouse offers glimpse at dystopian future

A talented cast, including young people and theater veterans, gives life to this story about a 12-year-old who must face difficult truths about his community.

Review: Omaha Community Playhouse pulls out all the stops in 'The Color Purple'

Reviewer Betsie Freeman writes: "It was the third time in as many shows that I left the theater feeling more optimistic and uplifted than I had in a long time — politics, war and pandemic be damned."

"My hopes were exceeded in the amazing scenic design, which relies heavily on technology. It truly was unlike anything I had ever seen."

Oh dear. You can almost hear “Dateline’s” Keith Morrison before he begins narrating “The Thing About Pam.”

Review: 'Outside Mullingar' is a night well spent at Omaha Community Playhouse

A charming Irish play about two quirky and lonely farmers is in good hands with director Susan Baer Collins and a four-member cast.

The enjoyable bluegrass musical by Steve Martin and Edie Brickell is on the Hawks Mainstage through Sunday.

"Vep" is billed as a "penny dreadful," but it's anything but grim. Two talented comedic actors make it a fun night out.

First responders search the Missouri River on Sunday afternoon for a woman who jumped from the Bob Kerrey Bridge.

For the first time in more than three years, Gene Leahy Mall in downtown Omaha will be open to the public this Friday.

Fast and felonious: Judge gives max sentence for extreme driving that led to 2 deaths in Omaha

The Omaha woman, who tested positive for PCP, was driving 94 mph in a 35 mph zone when she hit another vehicle, killing two people inside.

The wait is over. Omaha's Gene Leahy Mall is now open to the public

Omaha's iconic downtown park reopened to the public Friday with a ribbon cutting to mark the occasion.

A 56-year-old Omaha man was sentenced to prison for the seventh time last week in Douglas County District Court after being convicted of stealing thousands of dollars of catalytic converters.

New era in Millard as Superintendent Schwartz takes the helm

The new superintendent at Millard Public Schools said that in a time of political division, school districts need to be open about what they're doing and why.

Hy-Vee pulls potato salad from stores ahead of holiday weekend

The withdrawal includes all varieties of Hy-Vee and Mealtime branded potato salads sold in stores across all eight states served by the supermarket chain, including Nebraska.

A boy was killed when a portion of a hotel roof collapsed into the building's pool area Sunday night in York, authorities said.

An Omaha man charged with felony motor vehicle homicide was ordered held on $500,000 bail Wednesday during a hearing in Douglas County Court.

After more than three years of construction, Omahans are getting to experience the newly renovated Gene Leahy Mall. Some said they initially opposed the project but are impressed with the outcome. 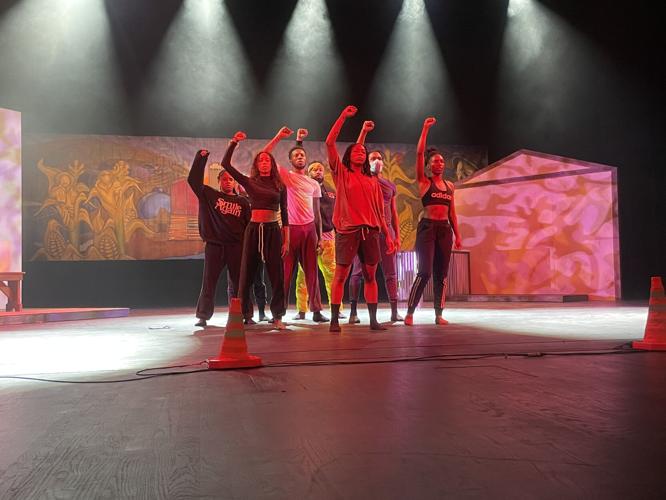 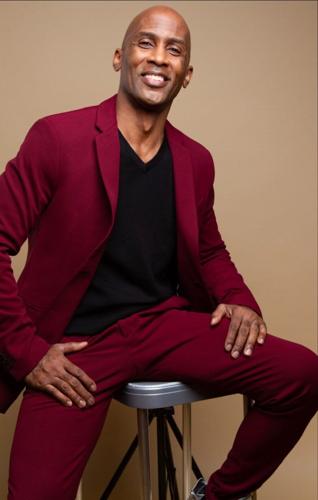 Ray Mercer, the Broadway dancer and choreographer who choreographed and is the creative director of "Omaha's Forgotten Century," the season finale of Omaha Performing Arts' Voices AMPLIFIED! initiative. 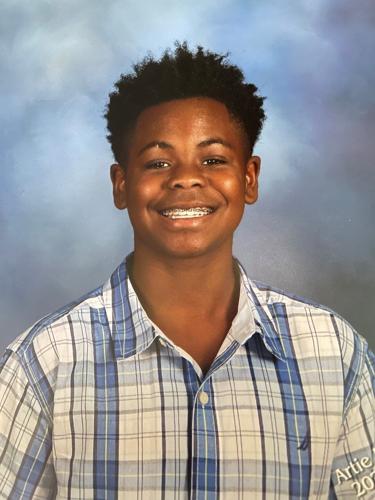 Artie Shaw, an actor who plays the role of Ernie in "Omaha's Forgotten Century."