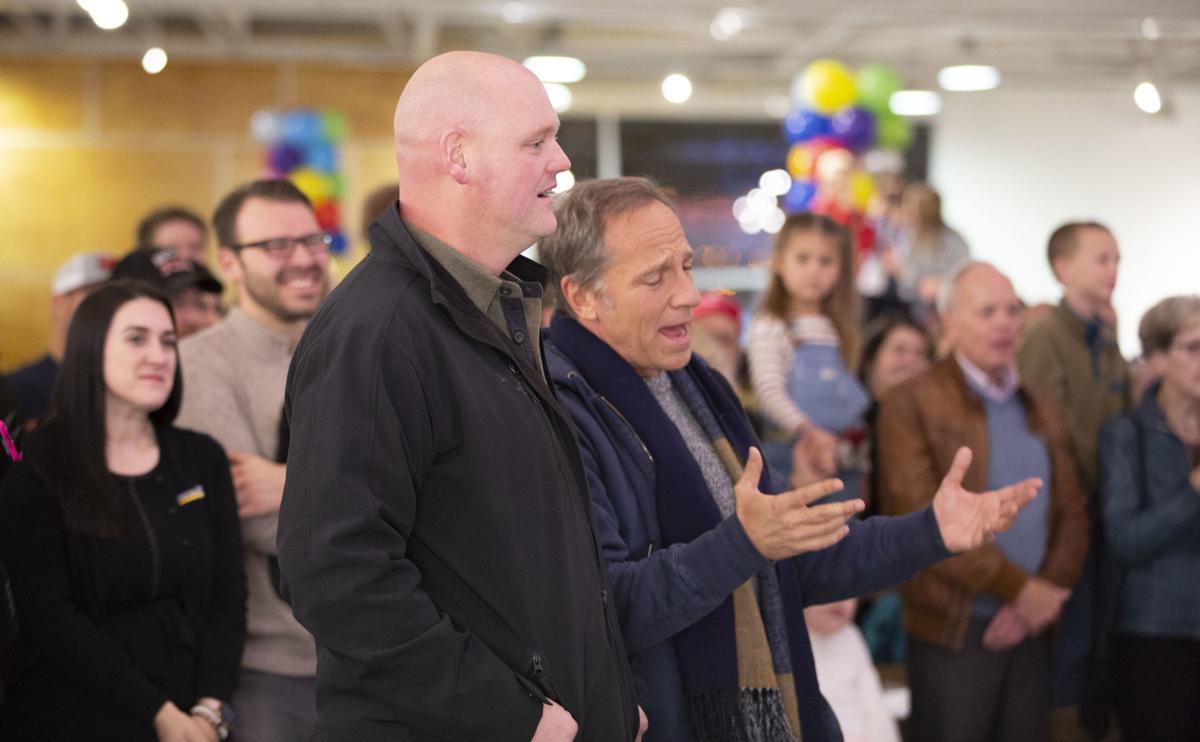 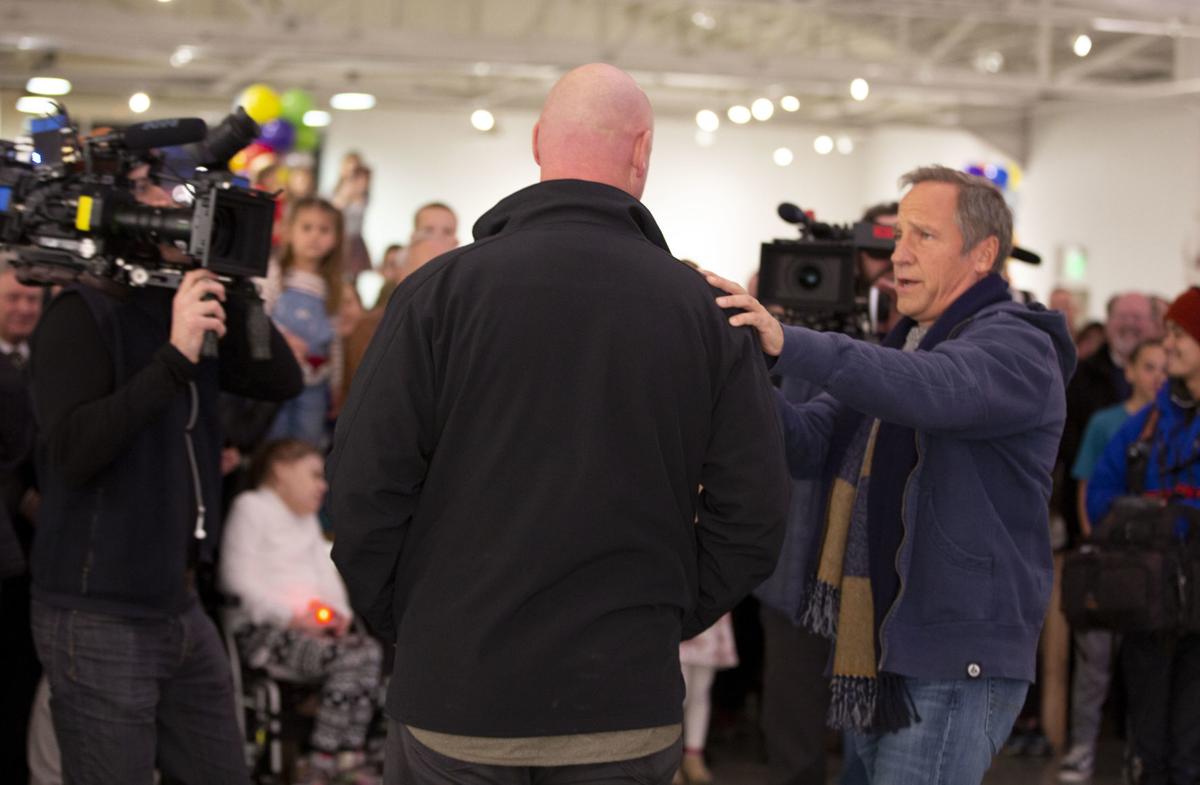 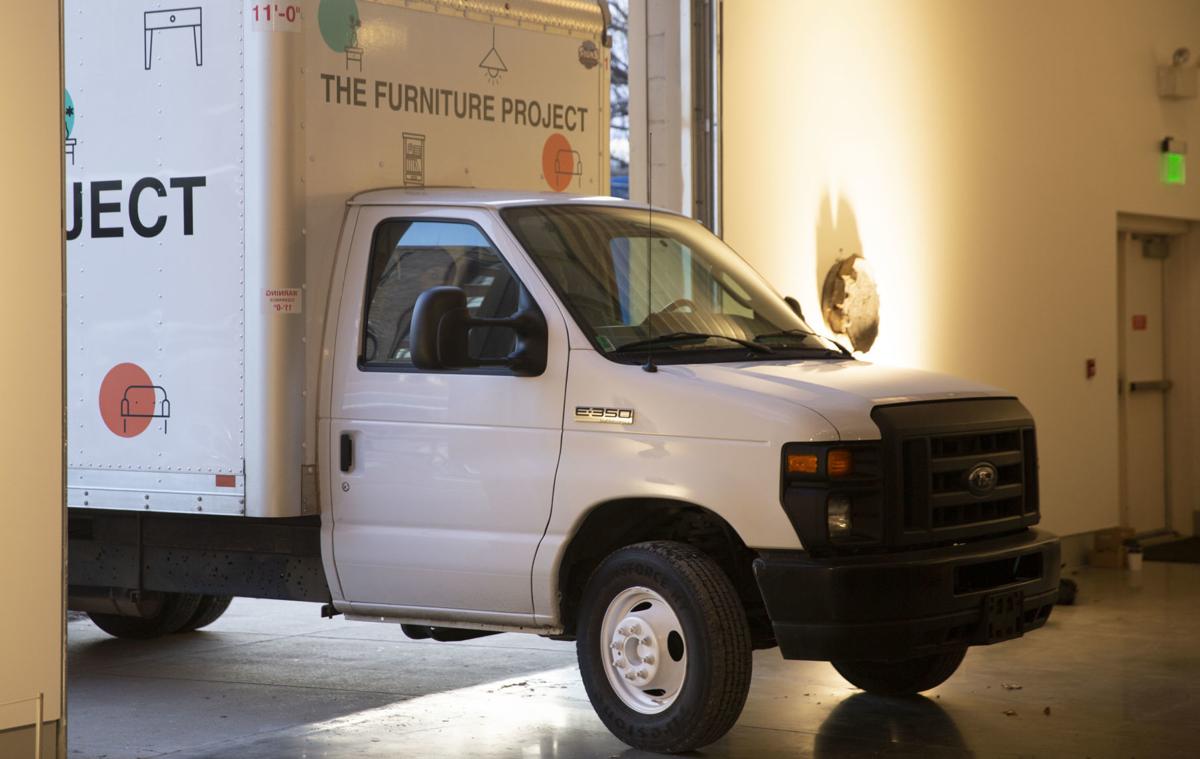 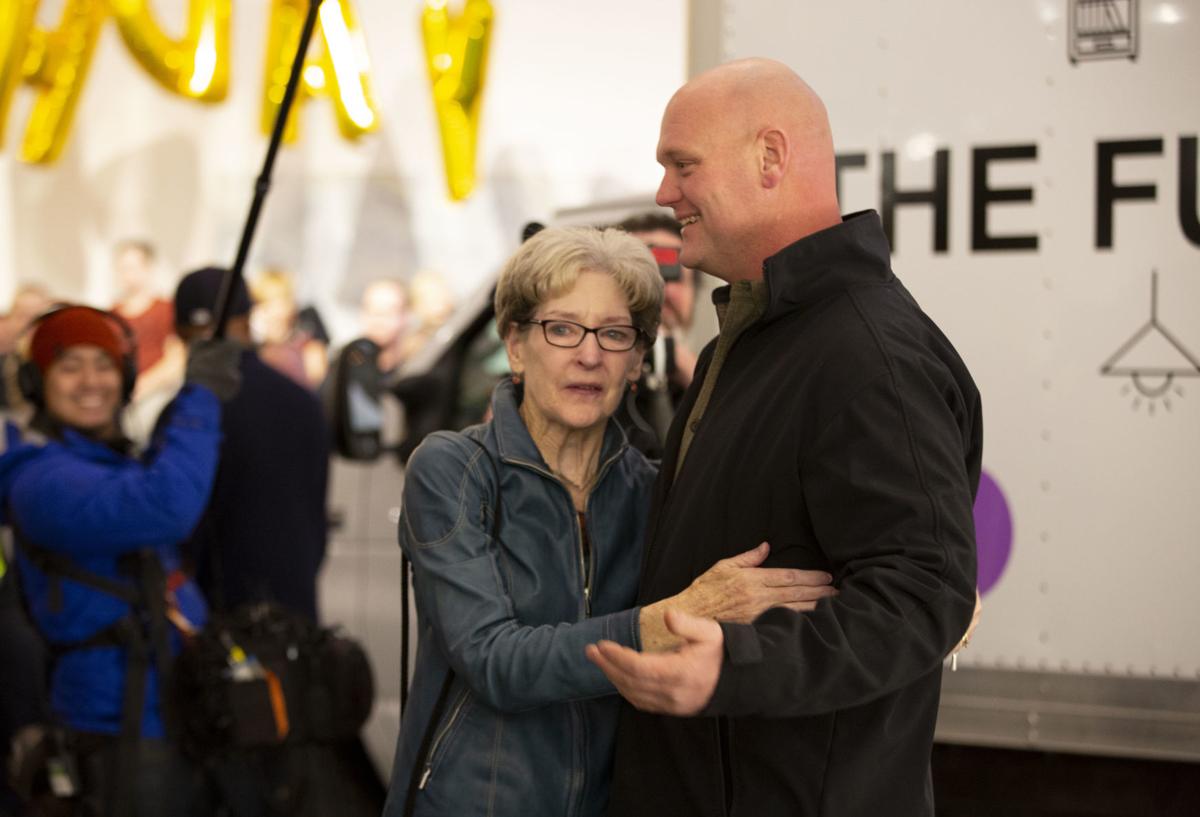 Drew Gerken has been delivering household items to families and individuals in need for more than seven years through his nonprofit, The Furniture Project.

On Tuesday, it was Gerken who got a surprise delivery just in time for his 41st birthday.

The Omaha firefighter received a new moving truck, while he was being filmed to be featured in an episode of the Facebook Watch reality web television series “Returning the Favor with Mike Rowe.”

The show follows Mike Rowe as he travels across the United States in search of people who are giving back to their community. At the end of each episode, the person being profiled is given something to help them with the work they are doing. The episode featuring Gerken is planned to run in about six weeks.

Gerken was filmed throughout the day for what he thought was a documentary-style program on The Furniture Project. Meanwhile, crew members had assembled more than 200 of Gerken’s family, friends, co-workers and community members in the downtown art studio Kaneko.

Balloons spelling out “Happy Birthday” floated in one corner, a garage door was tested and ready for the surprise truck to roll in, and children played on the 100 bunk beds scattered throughout the space, ready for Gerken to deliver to families in need.

With a five-minute warning from the crew, a hush fell over the crowd. Then, cheers erupted as Rowe and Gerken walked through the door. Gerken’s eyes widened in surprise and then, a smile.

Rowe led Gerken to the middle of the room and revealed the bunk beds, built and donated by the Omaha chapter of Sleep in Heavenly Peace. Gerken was speechless, but there was more.

“We talked to the guys at StorageMart (where Gerken stores the furniture to be donated), and we arranged for a new unit right next to the two you already have.” Rowe said. “The guys over at the StorageMart agreed that for the next four years your rent is totally covered.”

The last reveal was the showstopper. The garage door opened and the Ford E350 box truck rolled in. “The Furniture Project” was spelled out on the sides.

Gerken was at a loss for words. “I don’t know what to say ... I appreciate it so much.”

Rowe recounted something Gerken said when the two were delivering beds earlier that day. “We were driving around today, and I asked him to sum up the reason why he does what he does, and he said ‘my wife, Crystal, she teaches, and I put out fires. We’re in the business of serving our community, and this is the best way I can think of to do it day in and day out.’ ”

After many hugs and handshakes, Gerken wiped away a few tears.

“I had no idea,” he said. “We walked in, and I looked around and there were all these people I’ve known my whole life.”

“This took my breath away,” Bob said.

“We’re very proud of him. Now with this truck — everything helps,” Mary Kay said.

As humble as he is giving, Gerken wasn’t one to bask in the spotlight.

It’s not just me, he said. It’s all of Omaha reaching out and helping. It’s about the families.

Drought-stricken California trucks its salmon to the sea

Drought-stricken California trucks its salmon to the sea

The dog park is designed to create a sense of community among owners and provide enough variety in play areas to keep dogs stimulated.

One popular tradition for many families is piling into the car and driving around looking at holiday lights and displays. If you’re looking for the best local areas to see holiday lights this year, check out our list.

The driver was taken in serious condition to the Nebraska Medical Center after he was cut out of the vehicle.