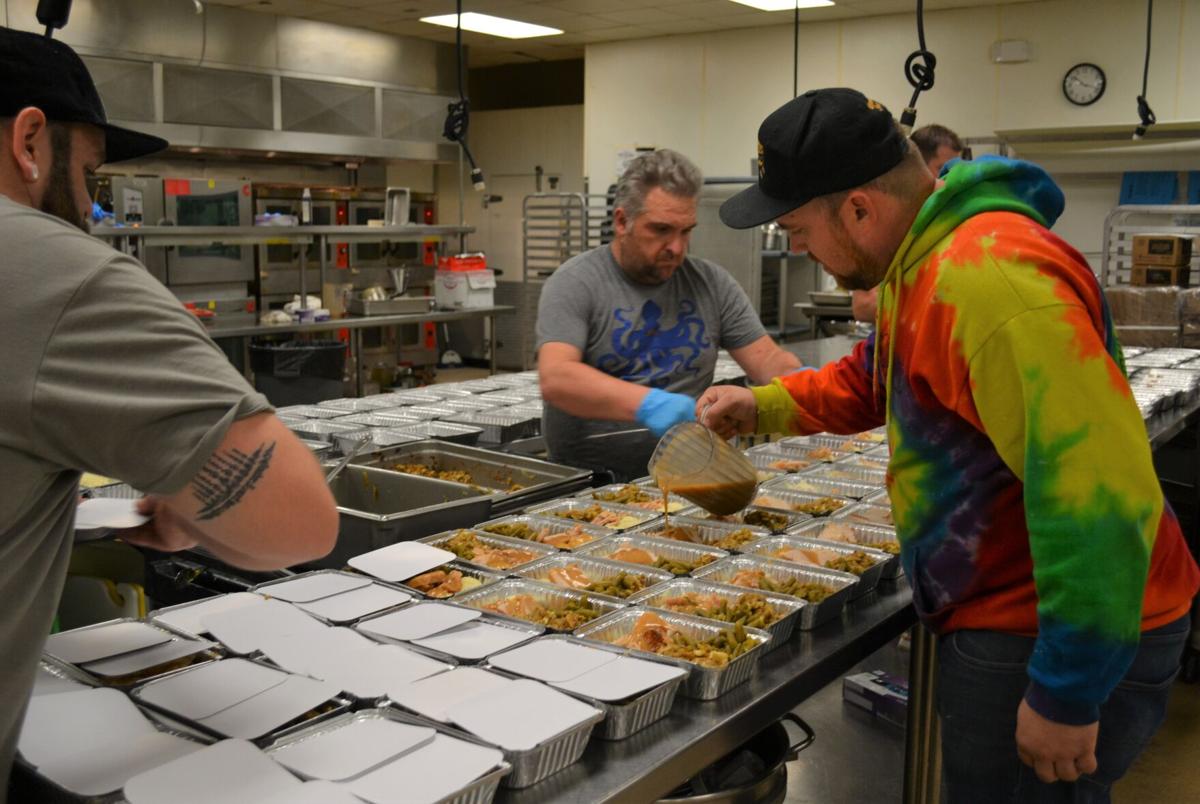 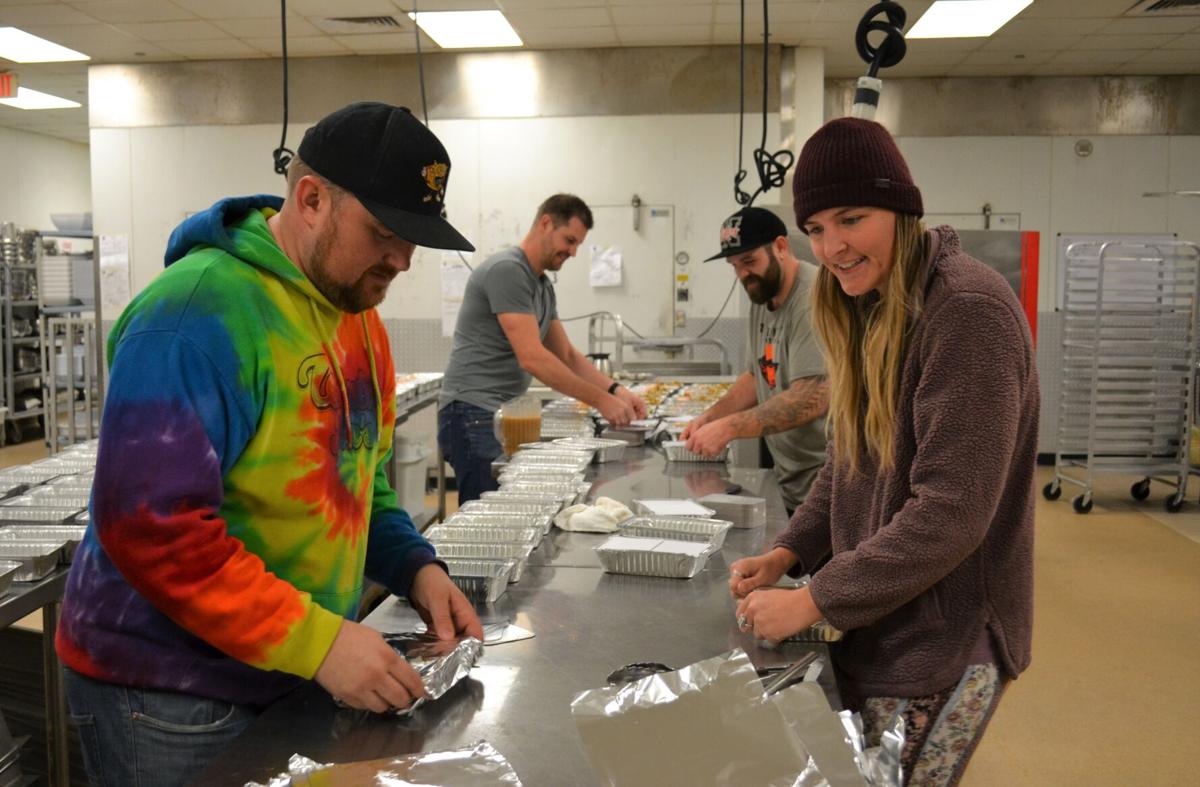 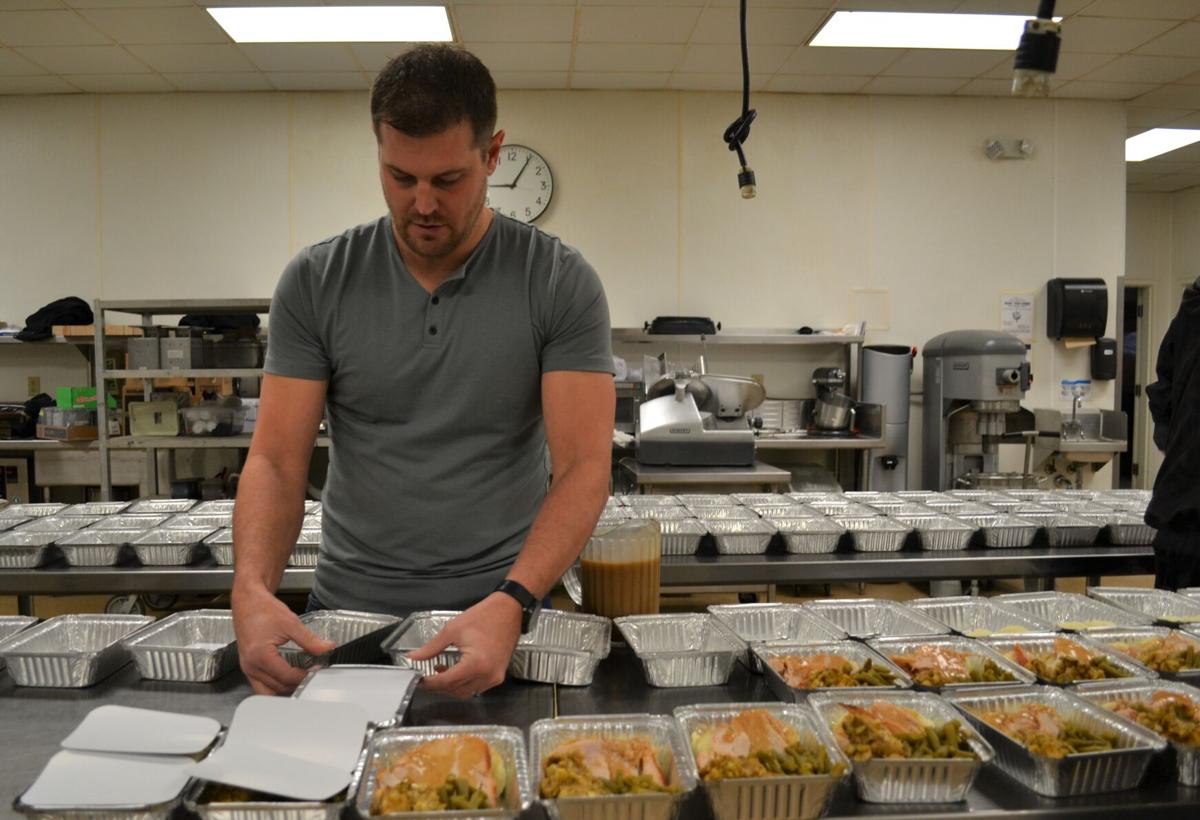 Andy McCormick packages meals, which were delivered to families in the Omaha metro area for Thanksgiving on Thursday.

A parent recovering from brain cancer, wanting to provide for family.

A mom with a high-risk pregnancy but five children to feed.

Families who needed a little extra help on Thanksgiving were able to receive a full holiday dinner through Jon Stastny and his group of more than 60 volunteers.

It’s the fourth year he’s organized the effort to cook holiday dinners for people in the Omaha metro area. Stastny is used to spending his time cooking for others with his food truck, Wonton Jon’s, which he started in 2019.

A few weeks before each holiday season, Stastny opens an online form for people to nominate themselves or others they know who would otherwise go without a traditional meal on Thanksgiving.

“We don’t ask questions or make people qualify,” Stastny said. “If someone needs a meal, they get one.”

Holiday lights festival, Christmas at Union Station and 10+ other fun things to do this weekend

Stastny woke up at 4:30 a.m. Thursday to start cooking the turkey. Then came preparation for the green beans, stuffing, mashed potatoes and gravy with help from family and friends.

Embassy Suites in La Vista opened up its production kitchen a few years ago to accommodate the growing operation. Volunteer drivers started arriving at 10:30 a.m. to pick up meals for delivery. The work finished in the early afternoon once cleaning was complete.

This Thanksgiving, Stastny and his crew served 67 families and more than 350 people. There’s no cap to the number of families who can receive meals — Stastny said the operation has room to grow, or even double, if more people are in need in 2022.

“It’s definitely pretty awesome every year. It’s a lot of work and very stressful,” Stastny said. “Sometimes I say, ‘Man, why do I do this every year?’ But it’s always worth it.”

Stastny’s girlfriend, Phoenix Rumsey, has been part of the project since its inception. She said each year is eye-opening — some of the families receiving meals don’t even have phone numbers.

“It’s something you don’t even think about,” Rumsey said. “I’m surprised this year how many people signed up. I’m glad people felt comfortable enough to do that.”

Stastny came up with the idea to donate meals with his friend, Andy McCormick, at an Atlanta real estate conference that was hosting a turkey drive.

Both Stastny and McCormick wanted to feed one family that Thanksgiving. When Stastny put the word out to Wonton Jon’s customers and the Omaha community, requests to serve other families in need came pouring in.

“It wasn’t originally intended to be as big as it is,” Stastny said. “But I knew there are always people in need, so when I saw the opportunity to be something bigger, I just pushed it. It took on a form of its own.”

Stastny set up a GoFundMe account and raised $1,000 to serve 100 people that Thanksgiving four years ago. This season, Wonton Jon’s covered the majority of the cost. Omaha’s PenFed Credit Union and U.S. Foods helped fund the meals and donate more than 40 pumpkin pies.

McCormick said even though each family knows they are getting a Thanksgiving dinner, their reaction reinforces why the donations are so important.

“It’s really great going to the door and seeing the looks on their faces,” he said. “They usually start crying.”

People can keep tabs on next year’s Thanksgiving meal delivery through Wonton Jon’s Facebook page, Stastny said. That’s also where he’ll post information about how to sign up. He usually starts posting about the effort six weeks before the holiday.

As for volunteering on a day most people spend with family, Rumsey said it’s not much of an interruption at all. She gets to see joy from other families before going home to her own.

“Other than it being a long day, it doesn’t really make a difference,” she said. “We are celebrating Thanksgiving the way it was intended.”

These are the retailers open on Thanksgiving in 2021

Rob Patterson and his wife, Katie, are paying it forward by helping families in Omaha and Lincoln enjoy full Thanksgiving meals.

Andy McCormick packages meals, which were delivered to families in the Omaha metro area for Thanksgiving on Thursday.