Omaha music venues are in danger of shutting down, they say, and they're asking for your help
3 comments
Share this
Return to homepage × 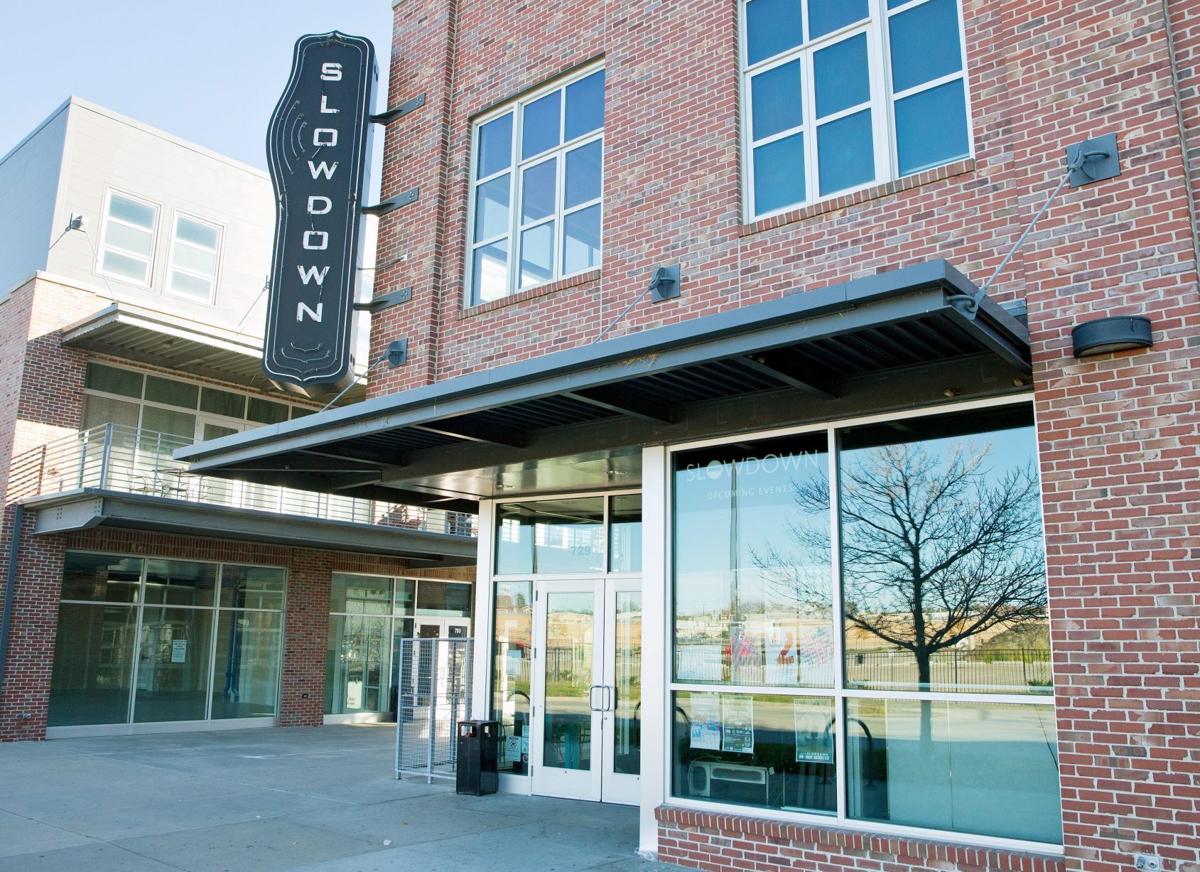 Slowdown and other local venues are urging fans to visit saveourstages.com and send a letter to their congressional representatives. 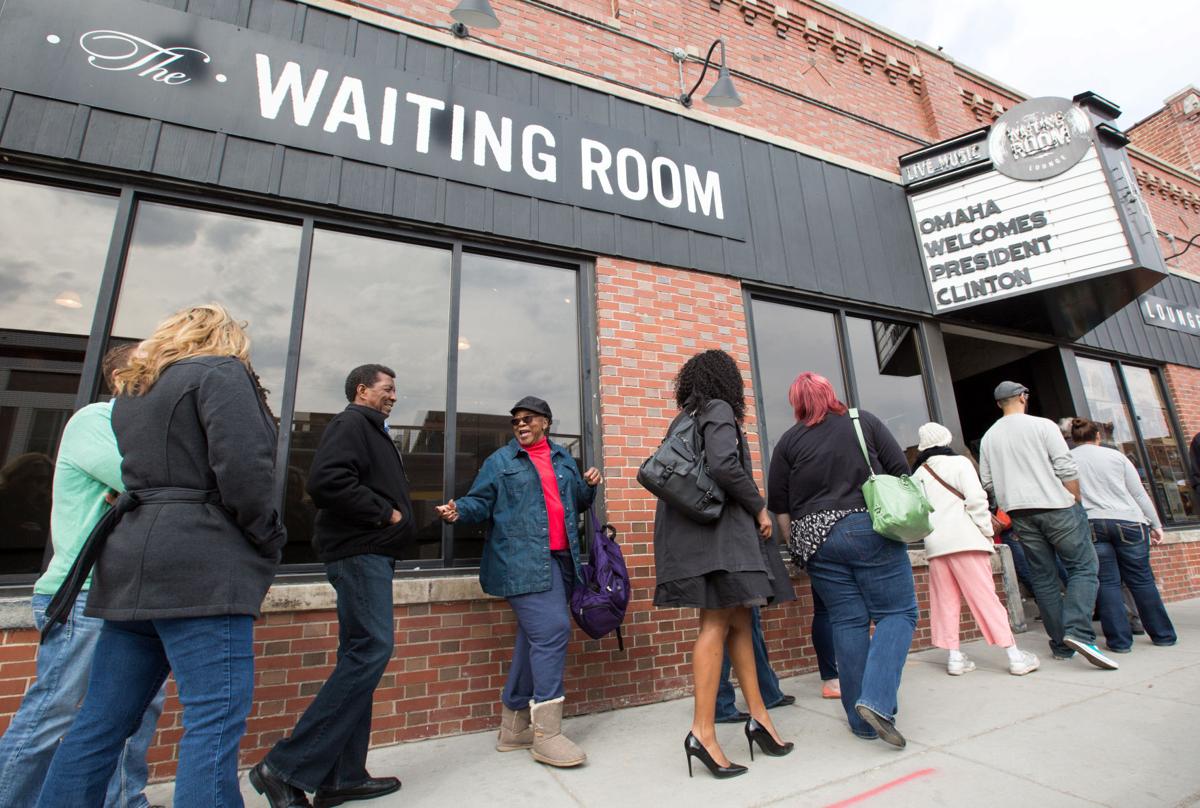 A crowd lines up outside The Waiting Room in March 2016 in Omaha.

While restaurants can serve takeout and retail shops can sell online or offer curbside pickup, music venues can’t hold concerts if there are no artists to play or fans willing to stand near a stage.

That’s why local music venues — 13 in Nebraska — have joined the National Independent Venue Association. The group, formed at the start of the coronavirus pandemic, seeks to support live music venues and promoters, which have been hit especially hard.

The group is lobbying Congress to pass a relief bill for independent music and entertainment venues. The Save Our Stages Act was introduced last week by Sens. John Cornyn, R-Texas, and Amy Klobuchar, D-Minn. The bill would provide six months of financial support to help “keep venues afloat, pay employees and preserve a critical economic sector for communities across America,” according to Rolling Stone.

Venues also are asking for support of the RESTART act, which will give flexibility for businesses in spending Paycheck Protection Act loans.

Slowdown and other members of NIVA are encouraging supporters to visit saveourstages.com and fill out an online form. It sends a form letter, which can be edited, to the user’s congressional representatives, which are selected automatically based on their ZIP code.

Omaha’s 1% Productions, a local booking company whose owners also own The Waiting Room Lounge and Reverb Lounge, also has asked for fans’ support.

“It has been a very difficult few months for us, our venues and the entire live music industry and unfortunately we may not be through the worst of it yet,” the company said on Facebook. “Please ask your elected representatives to support the RESTART Act and Save Our Stages Act.”

More than 1 million letters have been sent to Congress, he said. NIVA is hoping continued efforts through saveourstages.com result in more than 2 million letters being sent.

Kulbel is hopeful the bill will pass because things are bad right now.

The north downtown venue has been mostly shut down since mid-March. Last week, it was forced to lay off almost all of its employees.

“You cry, I guess, until you can’t cry anymore, and then you move on and find another way,” Kulbel said.

Venues are experiencing 90% or higher revenue loss, and many will be closed into next year, according to NIVA. Without support, the group said, 90% of its members could close their doors. That will affect the music industry, including artists, record labels, security, the tour bus industry and more, but it will also affect nearby businesses where concertgoers visit before and after a show.

The group cited a Chicago study that estimated that “$1 spent at a small venue resulted in $12 of economic activities for neighboring restaurants, hotels and retail shops.”

Kulbel, who also co-owns the complex that houses Rally Coffee Co., Hook & Lime, The Trap Room and Zipline, said Slowdown received a Paycheck Protection Loan and a grant from the state, as have those other businesses.

“Those things have really helped … these small businesses. It’s really truly been a lifeline,” Kulbel said. “Then you’ve got something like Slowdown that’s five times the size, tens of thousands of dollars in monthly overhead. The PPP loan and the 12,000 bucks from the state are appreciated, but it doesn’t even make a dent. It’s so bad.”

Slowdown hasn’t reopened except to broadcast a few livestreamed concerts with no crowds. The Waiting Room has hosted a few local performers. But nationally known touring acts bring the biggest crowds, and many of them aren’t touring now and have postponed tours until fall or spring.

Omaha also is considered a secondary market, and until larger primary markets such as Chicago, Denver and Minneapolis begin to host events, bands won’t come to Omaha either.

The venue has no events planned until late August, and those are from local groups. April 2021 is almost entirely booked at Slowdown already, but Kulbel said it can’t wait that long without help.

“It’s truly now or never,” Kulbel said. “If there isn’t some sort of relief, there’s a ton of venues that will close.”

NIVA warned that the closure of music venues won’t have just an economic impact but also a cultural one.

“The cultural impact of our venues on our local communities is priceless. We are the steadfast incubators and launch pads for the most popular talent in the world,” it said in a statement.

Kulbel agreed, saying there will be “a hole in our culture.”

Omaha has a vibrant music scene, and venues closing would damage that greatly.

“You can go to the right show and it will change your life,” he said. “In the city in the last 20 years, we’ve made so much progress. Venues going away would be a very big leap in the wrong direction.”The 20 best concerts of 2019

Stir Cove has canceled its entire 2020 concert lineup due to the coronavirus.

What happened to Karmin? How this Nebraska native went independent and became Qveen Herby

Amy Noonan is a Nebraska native who has been on "Saturday Night Live," inked a major record deal and has transformed into Qveen Herby.

Concerts can resume in Omaha soon. But will they?

Health officials in the Omaha metro area need the public's help. The county is asking anyone who has been provided COVID-19 test results without having been tested to contact the Health Department.

A live-streamed concert and an auction of tour posters brought in thousands of dollars for the local food bank.

Omaha Children's Museum will reopen in August with limited capacity

Cooped up kids and parents will soon have another family-friendly attraction to visit.

The rock bands have canceled their 2020 tour, which included a stop in Omaha.

Maha Festival has set dates for a return in 2021 after this year's event was canceled.

The metal legends will play their first live concert in more than a year, and you can see it here.

Slowdown is opening back up for a series of socially distant outdoor concerts starting next weekend.

Lucas Hoge is a country singer. He had a No. 1 album on Billboard. And now he has a outdoor TV show, "Hoge Wild." But before all that, he was a kid from Hubbell, Nebraska.

The arena has postponed or canceled all of its remaining 2020 concerts.

Slowdown and other local venues are urging fans to visit saveourstages.com and send a letter to their congressional representatives.

A crowd lines up outside The Waiting Room in March 2016 in Omaha.