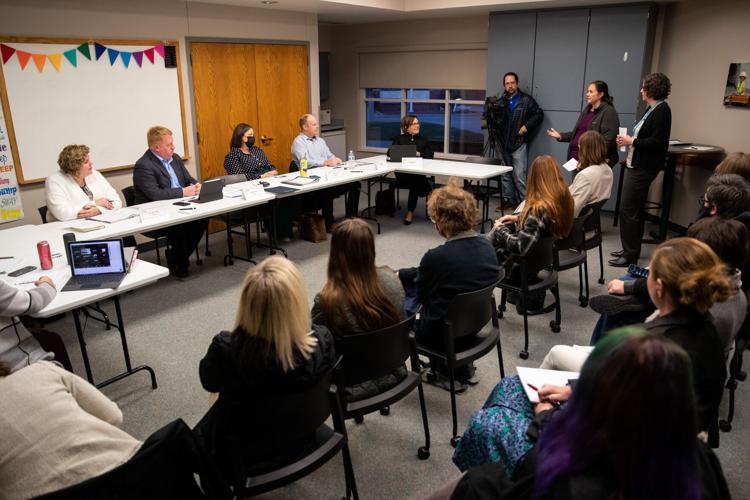 The Omaha Public Library Board voted to approve a resolution intended to give the public and stakeholders a voice as plans for Omaha’s library system evolve. 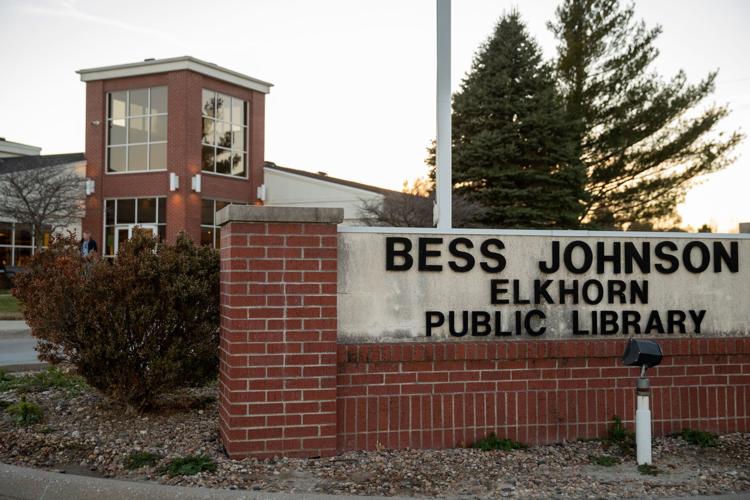 The Bess Johnson Elkhorn branch of the Omaha Public Library. 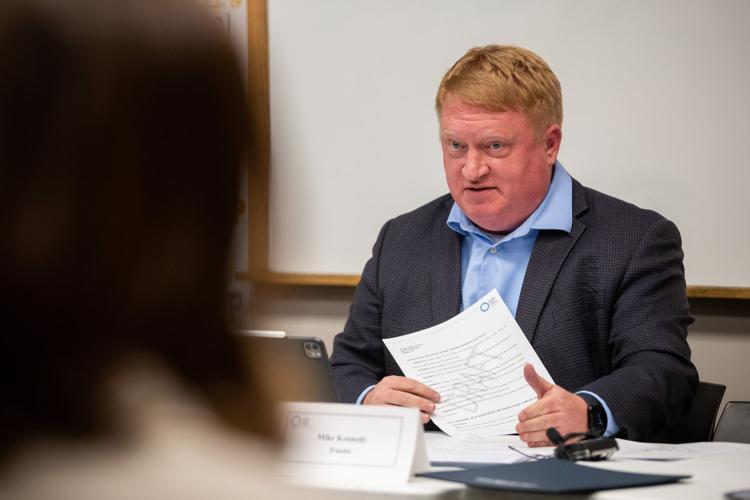 As public library officials and private philanthropic leaders continue to chart a future for Omaha's libraries, the library system’s board took a step Thursday to ensure that process happens in public view.

The Omaha Public Library Board approved a resolution affirming its commitment to work with other stakeholders — including Heritage Services and the City of Omaha — in crafting a plan for the city's libraries.

Omaha fundraising organization Heritage Services, which has led a series of local civic philanthropic efforts, has for months explored plans to reimagine Omaha’s libraries. Discussions of those evolving plans have largely occurred out of the public eye.

Board Vice President Keegan Korf recused herself from the vote and future votes concerning Heritage, noting that her employer, Emspace + Lovgren, recently retained Heritage as a client.

"I am in no way, shape or form tied to the account work that's happening in my organization, and I desire to continue to serve on this board," she said. "To continue to do both, I need to recuse myself from any votes having to do with any Heritage partnerships or work."

Heritage has not finalized a proposal or presented a formal plan to the Library Board. Any proposal would require the board's approval to move forward.

If those ideas ultimately move forward, Heritage would look specifically to the building of a new central branch. It would undertake a private campaign to pay for the project, which could cost upward of $100 million.

Razing the downtown library, which is bounded by 14th, 15th, Douglas and Farnam Streets, would free up the plot of city-owned land at the west end of the Gene Leahy Mall, which is being revitalized as part of Omaha’s massive $400 million overhaul of the downtown and riverfront parks.

Also possible is the incorporation of the private digital library Do Space, which was founded in a former Borders bookstore on the southwest corner of 72nd and Dodge Streets.

Library and city officials have eyed the Dodge Street corridor from 72nd to 90th Streets as a possible location for a central library since a 2017 library facilities master plan pointed to the area.

The building that houses Do Space could be razed and a new central library built on the site.

Three community members shared a range of concerns with the board Thursday, including calls for transparency, disdain for the potential demolition of the downtown library and fear that a partnership between Heritage and the library would curb public input.

Heritage Services President Rachel Jacobson said earlier this month that the final plan won’t be completed without input from stakeholders and the community, a point she stressed Thursday.

"Looking at OPL's incredible strengths, hearing from the staff today and just knowing how beloved this entity is to the community, how important it is that it remains public and remains within the city makes me excited to work with all of you," she said. "I'm really excited about the potential."

The Omaha Public Library board met Thursday for the first time since last month's announcement that the downtown library would move to a vacant building on Jones Street.

More than half a dozen developers are interested in the site where the 45-year-old W. Dale Clark Library sits, Omaha Mayor Jean Stothert said.

Several people came to the meeting in protest of the planned move. They shared concerns over an alleged lack of transparency and community input, and some questioned the quick timeline of the move.

Omaha officials announced plans on Friday to begin the process of developing a new central library at 72nd and Dodge Streets.

The Omaha Public Library Board voted to approve a resolution intended to give the public and stakeholders a voice as plans for Omaha’s library system evolve.

The Bess Johnson Elkhorn branch of the Omaha Public Library.