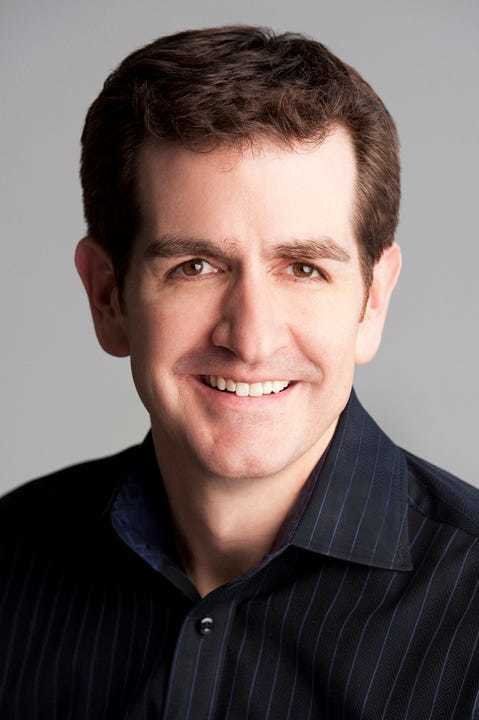 Jamie Samuelsen died earlier this month at home in Detroit at age 48. 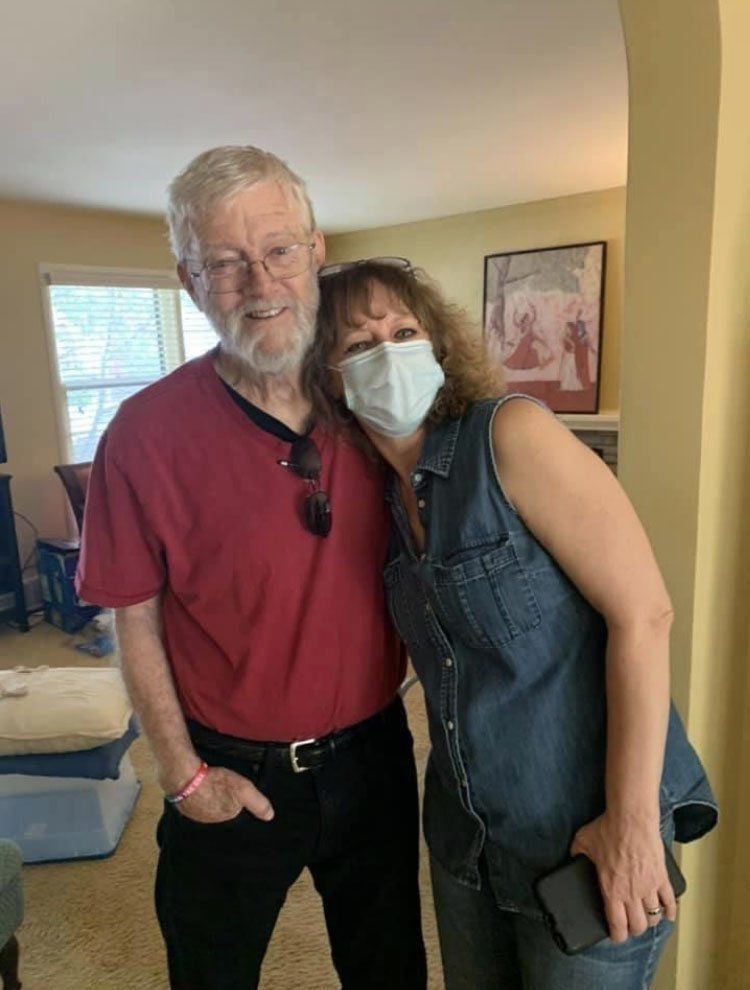 Don Moray with his daughter, Brenna. Moray, of Omaha, died last month at the age of 75.

He was smiling when he began to die, calling out names of friends he hadn’t seen in years, talking about his brothers and sisters, telling his daughter, who was the only one in the room at the time: “I’m OK.”

Don Moray didn’t talk much the last few months of his life. He had dementia.

Moray died last Wednesday at his home in Omaha, Nebraska, three days before Jamie Samuelsen, who had spent 25 years as a trusted sports talk radio voice in southeast Michigan, died at 48 at his home in metro Detroit.

As far as I know, the two men never met. They were separated by 27 years, held different interests, had different tastes — Moray enjoyed two fingers of Scotch; Samuelsen favored gimlets — followed different career paths, and likely spent no more than a few days a year sharing the same vicinity when Moray traveled to Ann Arbor to see his family, which is to say my family; he is my brother-in-law.

Moray ran Nebraska’s ENCOR, an agency dedicated to helping those with developmental and intellectual disabilities. And, in general, spent his life uplifting those who needed a lift.

Samuelsen offered wit and wisdom and, let’s be honest, a kind of solace to often heartbroken Detroit sports fans. He came across as part counselor, part dead-pan comic, part storyteller, and he effortlessly tapped into the region’s angst. Thousands of folks felt like they knew him.

That’s a rare trait, too.

But it wasn’t just his kindness that made him such a joyful presence. It was that he downplayed his own decency, and then (very quietly) went out of his way to offer a word of encouragement to those in his life he could tell needed it.

He listened. Truly listened. The same way Moray listened. When you spoke with either, you felt like you were the only person in the room. And when you walked away, you felt heard.

When Moray began a conversation, he often leaned in, looked directly in your eyes and asked how you were really doing.

And he meant it.

Then he let you take all the time you needed.

It’s hard to overstate what it means to be seen and heard by another human being, no matter how quick or random the interaction. Such exchanges are uncommon, and one of the reasons we mourn so deeply when we lose people like Moray and Samuelsen.

Moray didn’t have the platform in his state that Samuelsen had in ours. But he had similar influence on the human spirit.

That connection is partly why the Moray family in Nebraska is waiting to celebrate and memorialize his life; too many people would want to come, and in the time of COVID-19, that doesn’t make sense.

And, so, the family and friends share stories as best we know how in this moment, through social media and group texts and teary phone calls. Whether it’s tales of his athletic feats — he was a standout running back and sprinter at St. Thomas High School in Ann Arbor in the '60s and played for the University of Nebraska at Omaha — or it’s tales of his daily acts of grace and decency, the stories help us grieve, and help us gather perspective of their reach.

Like Samuelsen, Moray spent his final days surrounded by his family. Soon before he died, he opened his eyes and asked his daughters why the music stopped, though there wasn’t music in the room.

He had begun his journey, and wherever he was, he had his own sheet music. I like to think that Samuelsen heard his own private notes as he slipped away, too.

This article was originally published by the Detroit Free Press, where the author is a sports columnist. Used with permission.

The Nebraska Humane Society suggests that dog owners understand the risks and their own dog before going to a dog park. "This kind of thing can happen with any breed of dog."

Man rolls vehicle, leading to hours-long search for him and 4-year-old daughter

The man and his daughter survived the ordeal without serious injury, and the man was arrested on suspicion of DUI.

Creighton student tells officials she had tried to make ricin, leading to evacuation of dorm

A Creighton University student told workers in an ER that she had tried to make the poison ricin, prompted officials to shut down the ER and evacuate her dormitory.

Creighton student tells officials she had tried to make ricin, leading to evacuation of dorm

A Creighton University student told workers in an ER that she had tried to make the poison ricin, prompted officials to shut down the ER and evacuate her dormitory.

An Omaha chiropractor gave a client blackberry brandy and chocolate chip cookies, then sexually assaulted her when she felt drugged and incapacitated, an Omaha police detective testified Wednesday.

Omaha police officers shot a dog Wednesday after it attacked a teenager.

The cause of death of the man whose body was found near the landfill entrance remains under investigation. The Sheriff's Office said foul play isn't suspected.

Wind gusts of 60 mph reported in Omaha; snow expected to blow around all day

Blizzard conditions were expected to continue in the Omaha area through Friday morning, with heavier snowfall hanging around until about 10 a.m.

Two people were taken to hospitals in critical condition after a two-vehicle crash Sunday afternoon.

Jamie Samuelsen died earlier this month at home in Detroit at age 48.

Don Moray with his daughter, Brenna. Moray, of Omaha, died last month at the age of 75.