Omaha is not an island to the world.

As global warming affects the Earth in the coming decades, Omaha is projected to experience changes to its climate just the same.

While global climate forces are not under city leadership’s control, some civic leaders see a role for the city in preparing and leading on the issue.

Daniel Lawse, principal at sustainability consultant Verdis Group, called climate change “one of the big existential threats to our current way of life.”

Asked if climate change would be a top issue facing the city in 20 years, Lawse said, “Unequivocally yes.”

Lawse pointed to a projection from Nebraska researchers suggesting the state’s average temperature could rise between 2 and 5 degrees by 2050. The projection comes from the Nebraska State Climate Office and the High Plains Regional Climate Center.

The projection compares Omaha’s future temperatures to today’s northern Kansas, something akin to Concordia or Manhattan.

Lawse, a Metro transit board member whose Verdis title is “chief century thinker,” said the changing climate will cause more floods. With more extreme precipitation, homes in North Omaha or other areas near waterways become more susceptible, he said.

It could have implications for the agricultural economy, street maintenance, building construction and the outdoor workforce, he said.

Omaha has the chance to be a sustainability leader in Nebraska, said State Sen. Megan Hunt, by investing in renewable infrastructure and creating policies with the climate in mind.

Hunt said she often talks to high school and college students who believe fighting the effects of climate change will be a defining challenge of their generation.

“All these kids talk about is climate change,” Hunt said. “This is their number one issue.”

Lawse said Omaha should plan ahead.

“It’s a lot more expensive to clean up a mess,” he said, “than it is to be proactive and set up systems and structures that help mitigate, prevent or be resilient” to the impacts.

Two days of slow, steady rain in the forecast for Omaha

The National Weather Service said Omaha could receive 1.5 to 2.5 inches of rain before the moisture-rich system moves out Tuesday night.

As strong winds sweep across the Great Plains on Monday, much of the central U.S. from the Canadian border to northern Texas will be at high risk of fast-moving grass fires.

A vote on the directive is tentatively scheduled for May 20, and the OPPD board will take public comment until May 14. 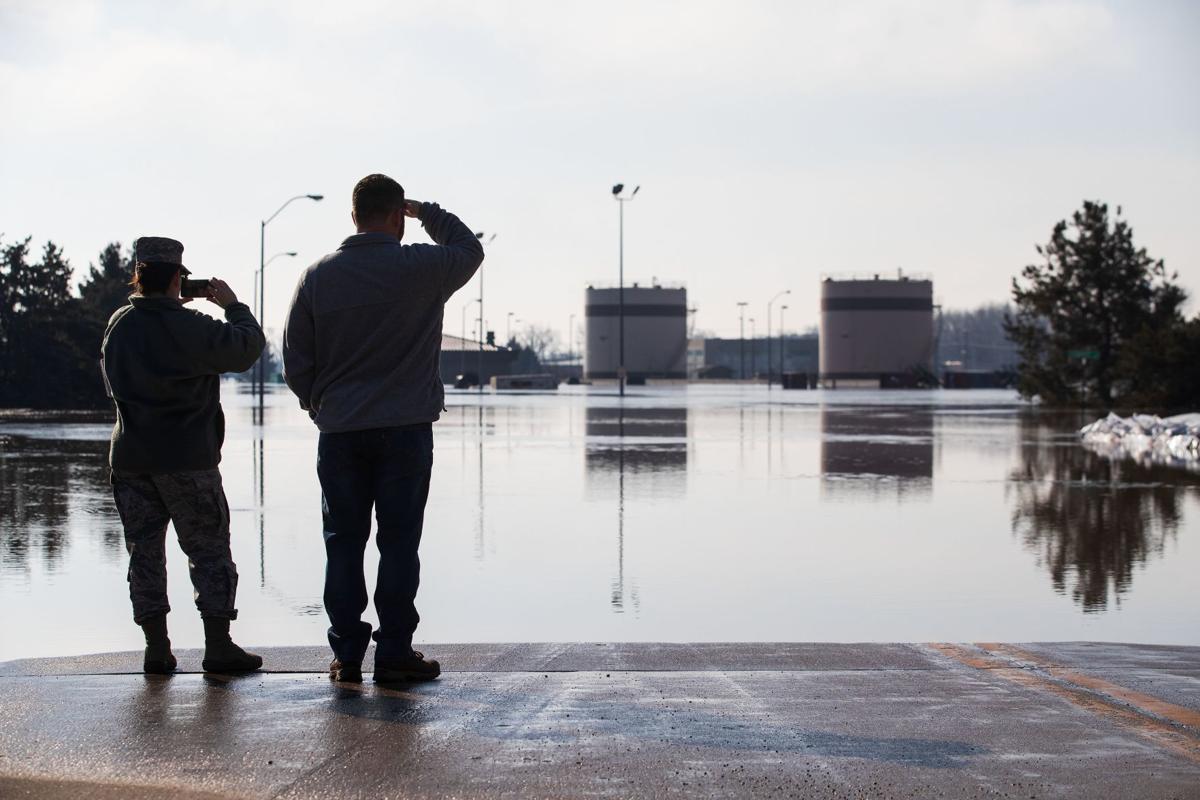 Luke Thomas and Air Force Tech Sgt. Vanessa Vidaurre stand at a flooded portion of Offutt Air Force Base near Bellevue. The historic floods Nebraska and other areas of the Midwest experienced in March 2019 could become more commonplace due to the effects of climate change. 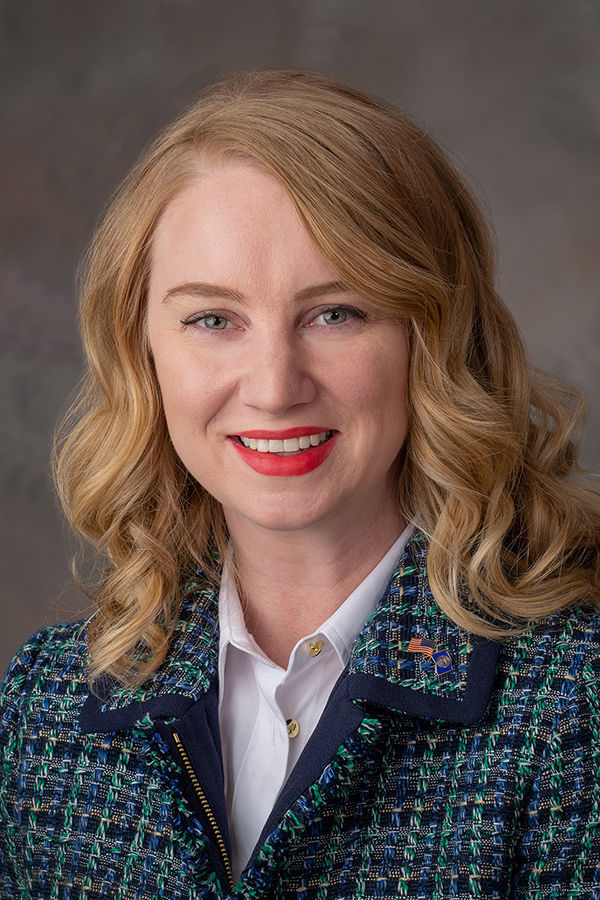