The facility will sit on the green lawn space between Dodge and Douglas Streets. Omaha Performing Arts said it will fill the need for additional rehearsal, workroom and classroom space.

Performing arts education and engagement programs that serve the community are a key part of its mission, OPA President Joan Squires said.

“These activities already reach over 100,000 students and participants annually from across Nebraska and beyond,” she said. “With our commitment to diversity and inclusion, we want to broaden these programs and launch new ones, and we simply do not have adequate space.”

The new venue will help spur other investments in downtown Omaha, including the newly renovated Gene Leahy Mall, Squires said. Fundraising is under way to cover the costs of the $103 million facility.

Project plans were developed after interviews with local organizations and community leaders, and research about similar venues around the country.

In addition to enhancing arts education options in the Omaha area, the Center for Arts Engagement will complete Omaha Performing Arts’ campus, which is centered on the Holland Performing Arts Center. This expansion includes Steelhouse Omaha, a live music facility that will open in mid-2023.

Steelhouse Omaha is being developed in a former parking lot between Dodge Street and Capitol Avenue, east of 12th Street, across from the Holland Center. The $104 million project is almost 100% donor-funded, according to Squires. The City of Omaha contributed $1.1 million to its creation.

The midrange concert venue is designed to accommodate shows too large for the Orpheum Theater and too small for the CHI Health Center. It will hold up to 3,000 people when it opens.

Omaha Performing Arts said more than 550,000 people attend events at the Holland Performing Arts Center and the Orpheum each year. The organization’s annual economic impact is $48 million, which is expected to increase to $61 million when Steelhouse Omaha opens.

The three venues are designed by Ennead Architects (formerly Polshek Partnership), original designers of the Holland Center, and Holland Basham Architects of Omaha.

OPA Board Chairman Jack Koraleski said the new facility will enable thousands more to participate in its programs.

“Our board and leadership teams are dedicated to providing vibrant arts and entertainment experiences in Omaha and the region,” he said. “This newest venue is about the future of our community — significantly contributing to Omaha’s quality of life.”

"Hamilton" and "Wicked" are returning to Omaha’s Orpheum Theater this season, and work is progressing on Steelhouse Omaha, the booking organization’s $103 million venue.

The planned $103 million concert venue for downtown Omaha has a name: Steelhouse Omaha.

Growing bones with stem cells and sound waves? It's possible

Growing bones with stem cells and sound waves? It's possible

A rendering of Omaha Performing Arts’ planned Center for Arts Engagement, as seen from 11th and Douglas Streets. Fundraising is under way to cover the estimated $103 million cost. 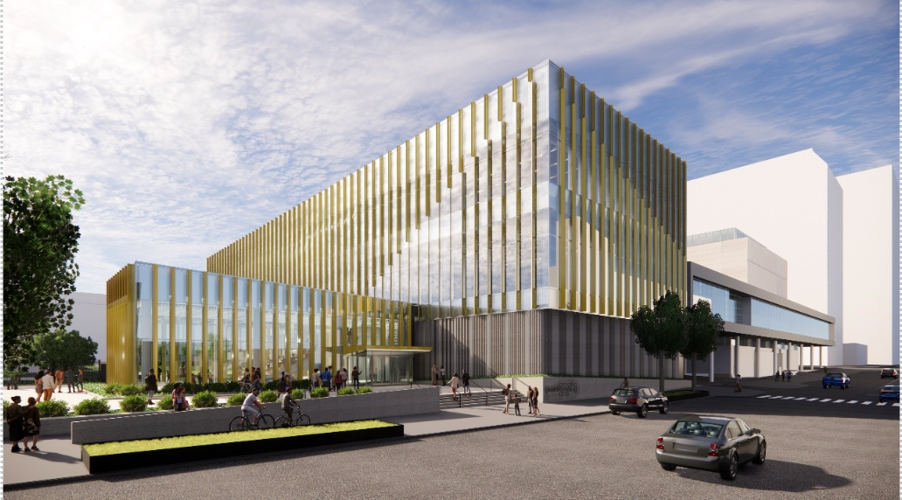 A rendering showing the view of Omaha Performing Arts' planned Center for Arts Engagement from 11th and Dodge Streets. 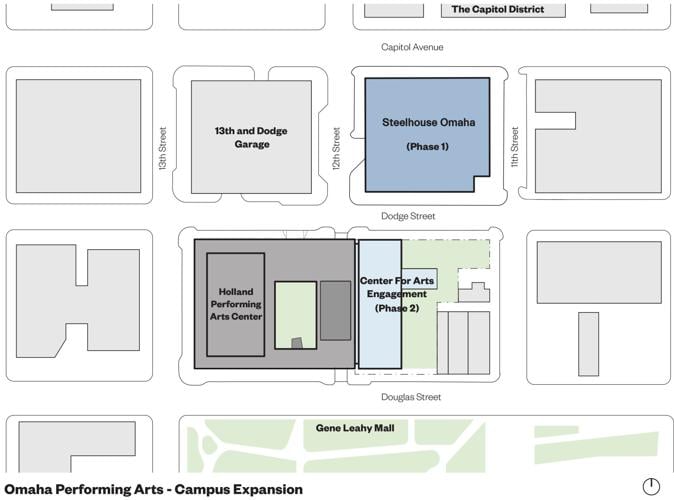 A look at Omaha Performing Arts' Campus Expansion plan including the new Center for Arts Engagement.