A blue budgie, on the lam in downtown Omaha for months, is heading to a new life, and bird lovers are rejoicing.

The colorful parakeet had been spotted for months in an area from Eighth to 14th Streets and Farnam to Douglas Streets. He has made visits to the W. Dale Clark Library and The World-Herald Building.

Upon learning about the loose budgie, people with The RiverFront partners, which is working on the mall project, were happy to help coordinate a capture effort, said Kristyna Engdahl, a spokeswoman for the Metropolitan Entertainment & Convention Authority.

Engdahl said that while it was surprising to see a parakeet flying around the park, “we’ve already seen plenty of creatures return to the area, including numerous wild birds, rabbits, bees and butterflies.”

'We sing, we dance'; Why this Omaha woman sings and plays with her birds

Michelle Mutchler-Burns, a member of the Greater Omaha Cage Bird Society for 25 years, placed four cages throughout the construction zone last week. Sometimes, it can take months for a bird to enter a cage.

“I had so many people call and text me about this budgie,” she said. They asked her to “please help this bird.”

The parakeet was found Tuesday in one of the cages. Construction workers had been notified of the effort to capture the bird, and one of them spotted him enjoying some millet and slammed the cage door shut, trapping the budgie inside.

Mutchler-Burns said budgies on the loose tend to stick with sparrows. They can’t be caught in flight, so it takes a bait cage loaded with their favorite millet. It’s like candy to the birds.

Volunteers with the bird group have captured more than a dozen budgies this summer, including seven from May 26 to June 26 alone.

The nonprofit group has become so active that it is searching for a space of its own as a base for its rescues.

Mutchler-Burns’ theory is that people acquired budgies during the COVID pandemic to keep them company. “Now they have had them for a year,” she said. “They are loud, chatty and messy. If you don’t handle them a lot, they bite.

Volunteers also are trying to corral a more expensive Jenday conure, a small parrot, in west Omaha near 168th and Blondo Streets.

The yet-unnamed budgie isn’t too happy to be back in a cage, but Mutchler-Burns said at least he’s safe.

Want to adopt a family pet? Here are some tips for getting started

The bird will join a green female parakeet that was captured the same day at a home in Council Bluffs. Mutchler-Burns said the birds have the shared experience of being on their own in the wild.

“Putting them together sounds like a good thing. They’ll have company that way,” she said. “It just seems like the perfect match.”

The group is always willing to help if anyone spots a bird. The latest Mutchler-Burns has rescued one in the Omaha area is Nov. 19.

“This is heartwarming, because it is getting cold,” she said. “These cage birds lack foraging ability.” 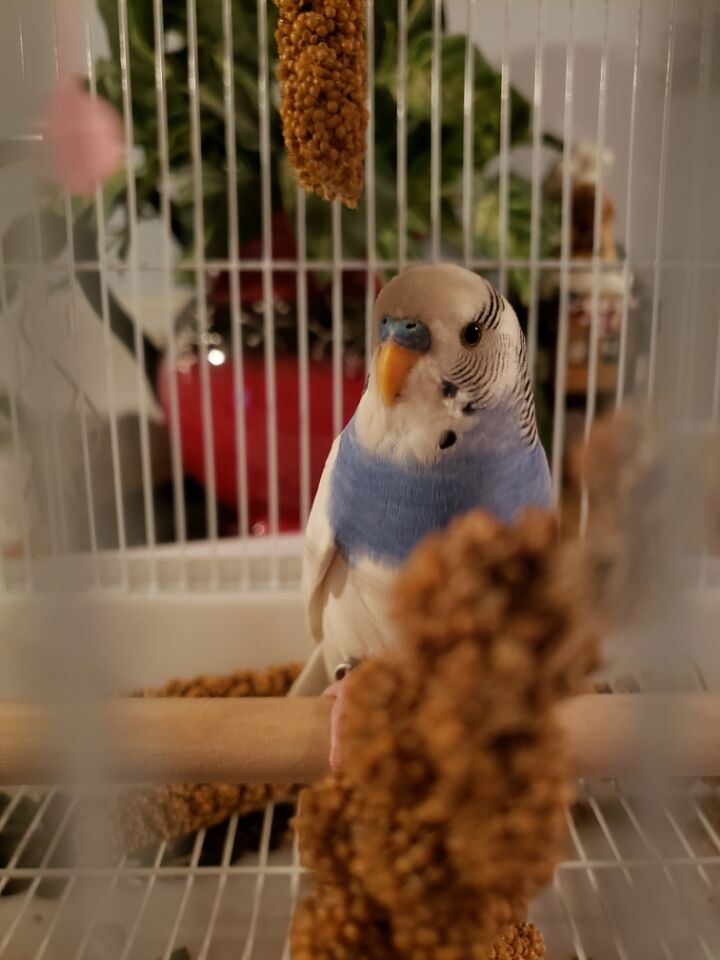 The blue budgie will start a new life in Council Bluffs with a green female parakeet that was captured the same day. 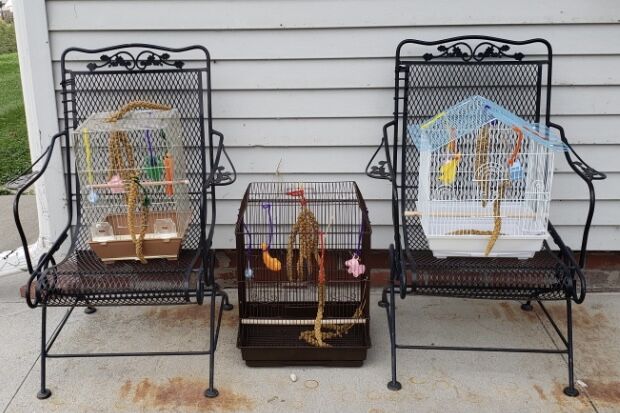 Three of the cages used to try to capture the downtown Omaha budgie. The millet inside is like candy to the birds.