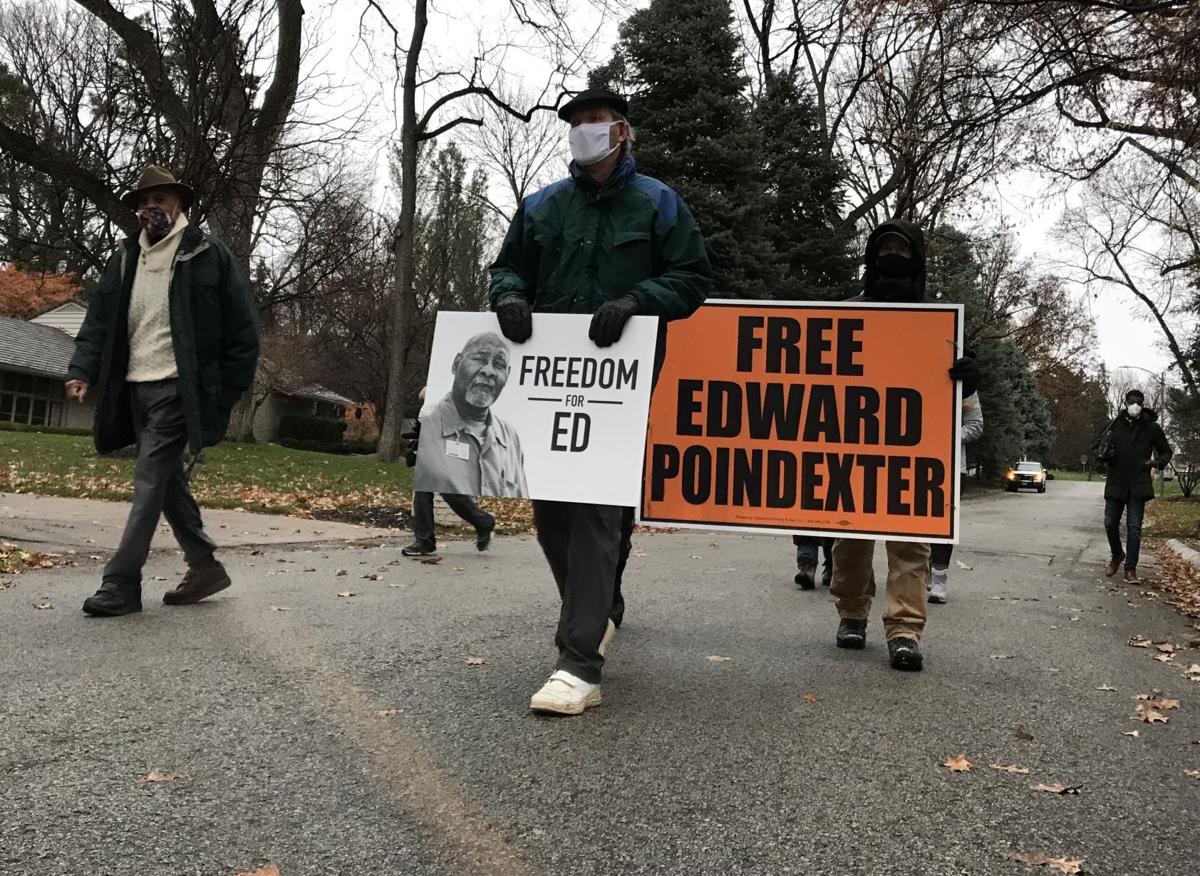 Preston Love Jr., far left and John Else, center holding sign, were among those Monday calling on Nebraska Gov. Pete Ricketts to allow the release of Ed Poindexter. 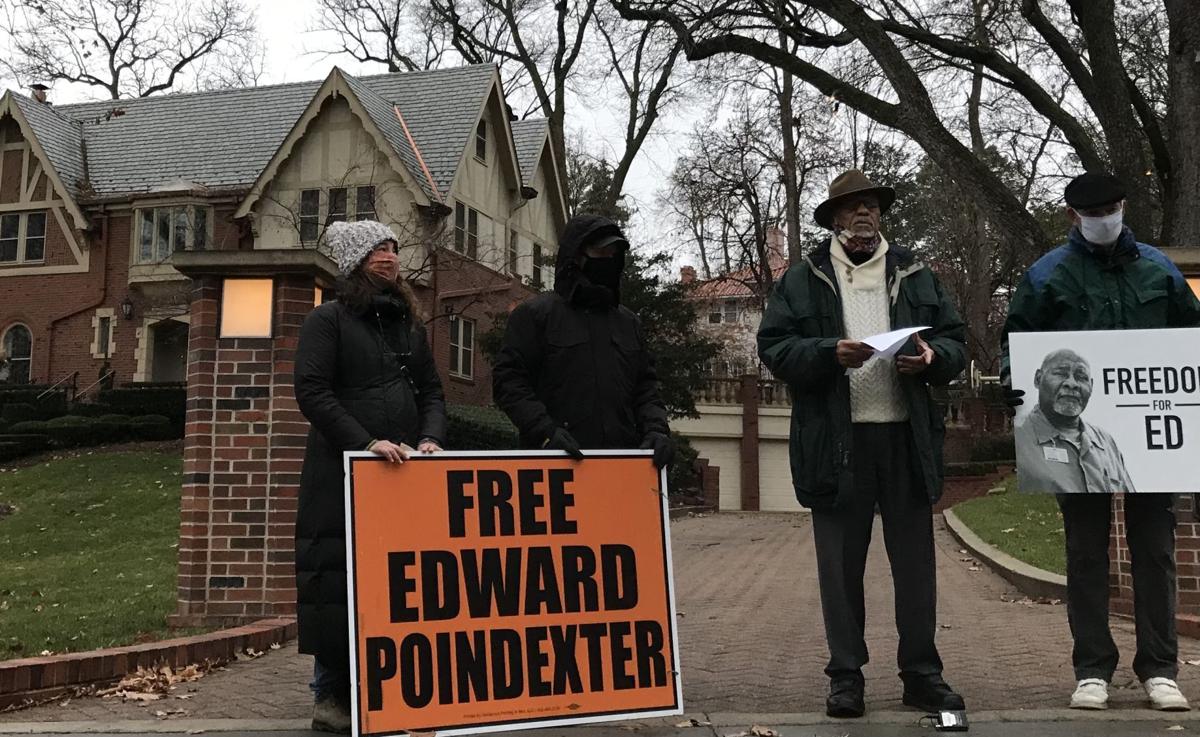 Several people on Monday marched to Gov. Pete Ricketts' Fairacres home and held a press conference at the foot of his driveway calling on Ricketts to act with the Nebraska Pardons Board to release Edward Poindexter.

On a raw November day, with Gov. Pete Ricketts’ Fairacres home as their backdrop, a handful of people called on Ricketts and the Nebraska Pardons Board to allow the release of Ed Poindexter and other elderly prisoners who are no threat to society but are at risk of dying of COVID-19.

Poindexter and another man, David Rice, were convicted of killing an Omaha police officer in 1970. Poindexter and Rice are Black, while Officer Larry Minard was a White father of five. Rice, who later changed his name to Mondo we Langa, died in prison in 2016.

Preston Love Jr., a local activist who was the Democrats’ write-in candidate for Senate this month, led Monday’s appeal to Ricketts.

“The governor holds in his hands the compassion and the healing,” Love said. “And as the chair of the Pardons Board he has the capacity to show that this state has compassion.”

Four inmates with COVID-19 have died, though the exact cause of their deaths has not been released. On Monday, the Nebraska Department of Correctional Services announced that the latest to die was a man in his 70s.

Poindexter has spent about 50 years in prison, and during that time he has been described as a model prisoner, earning college degrees and working with other inmates.

In June and August, supporters of Poindexter unsuccessfully appealed to the board to act. Poindexter filed for an application before the Pardons Board in August, but his application isn’t on the docket of the next board meeting.

Over the years, multiple people have sought the release of Poindexter and Rice, arguing that the two men were framed. Minard’s family has rebuffed those arguments, saying the courts have sided with them.

Poindexter is at increased risk of death if he were to contract COVID-19, because of multiple other health issues, Love said. He has diabetes, coronary artery disease, peripheral arterial disease and end-stage renal disease requiring dialysis.

About 40 rally in Omaha for release of Ed Poindexter; 'he is not a threat to this society'

Ed Poindexter was convicted in the 1970 killing of Omaha Police Officer Larry Minard. Some say he and his co-defendant were framed with false testimony and planted evidence.

Effort to release Ed Poindexter continues despite another setback

Efforts to win the release of Ed Poindexter, sentenced to life in prison for a 1970 murder he claims he didn’t commit, continue despite another setback.

This week, I write about another friend, whose life and experiences make him a symbol for the complexity of criminal justice in America — Ed Poindexter.

Nebraska inmate in his 70s dies with COVID-19

An inmate in his 70s with COVID died Tuesday at a Lincoln hospital.

Jail staff noticed that the inmate was unresponsive shortly before 10 p.m. and performed lifesaving procedures.

A Nebraska inmate in his 60s has died at a Lincoln hospital after contracting COVID.

Preston Love Jr., far left and John Else, center holding sign, were among those Monday calling on Nebraska Gov. Pete Ricketts to allow the release of Ed Poindexter.

Several people on Monday marched to Gov. Pete Ricketts' Fairacres home and held a press conference at the foot of his driveway calling on Ricketts to act with the Nebraska Pardons Board to release Edward Poindexter.