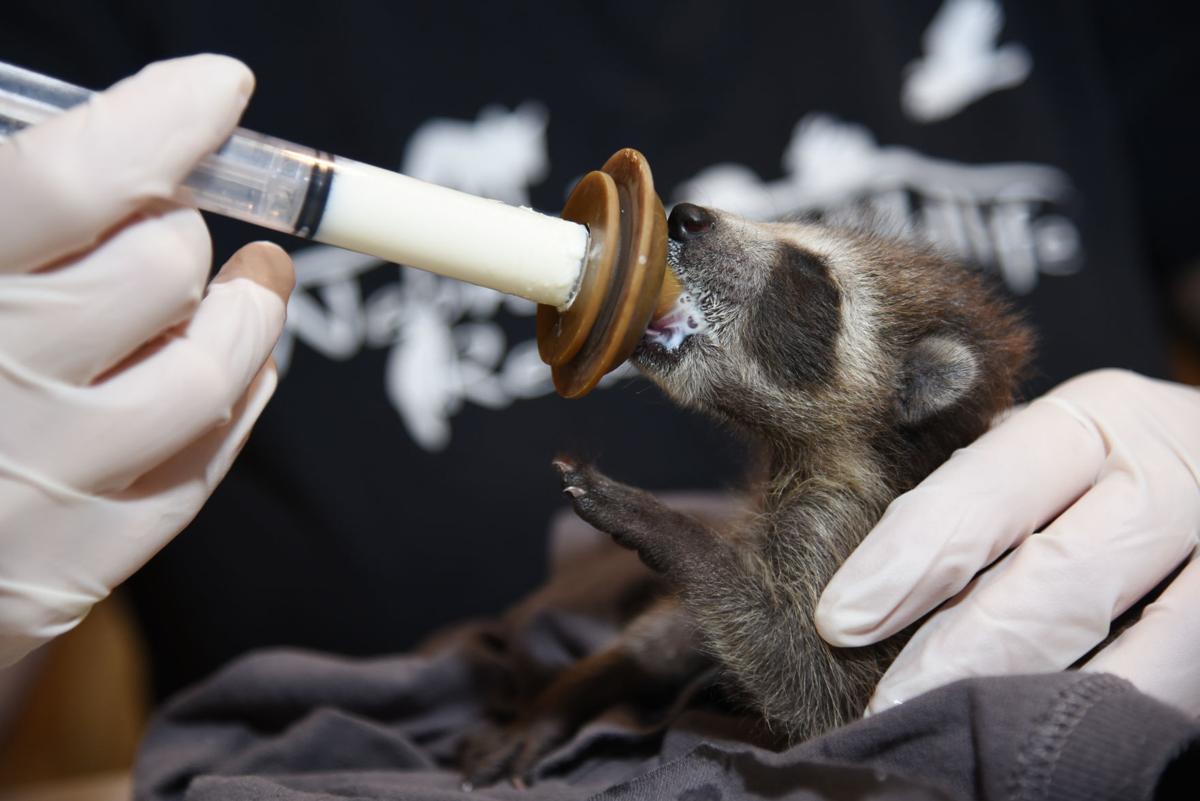 A baby raccoon is fed at Nebraska Wildlife Rehab, which received 300 baby animals in the first five days of May. 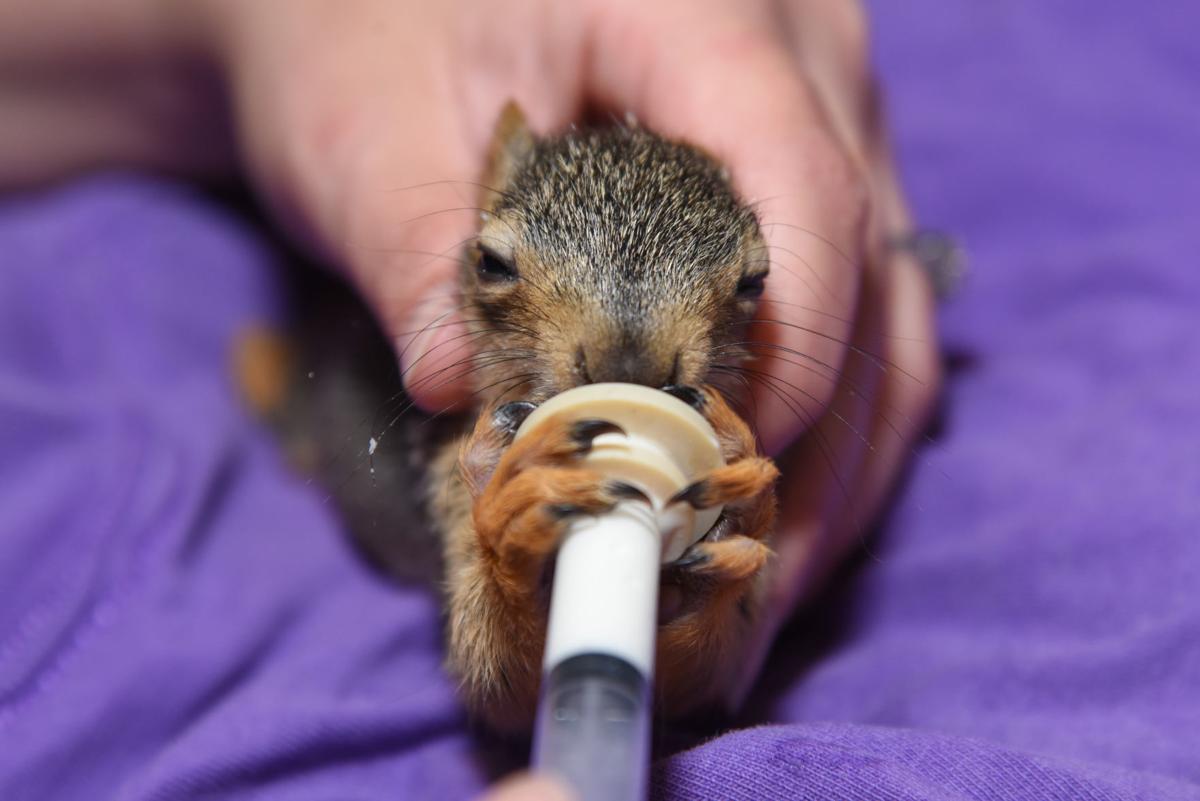 A baby squirrel is fed at Nebraska Wildlife Rehab, which said it is seeing record numbers of the critters. 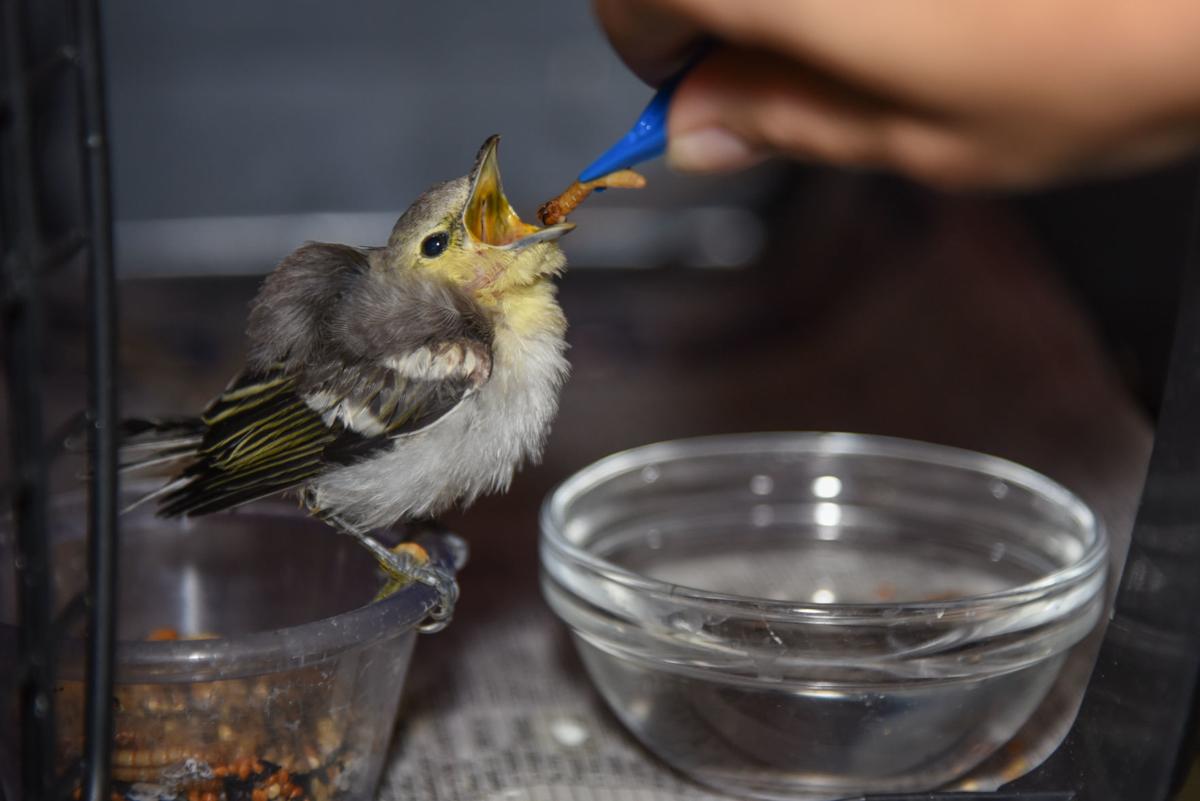 A baby songbird is fed a worm at Nebraska Wildlife Rehab. 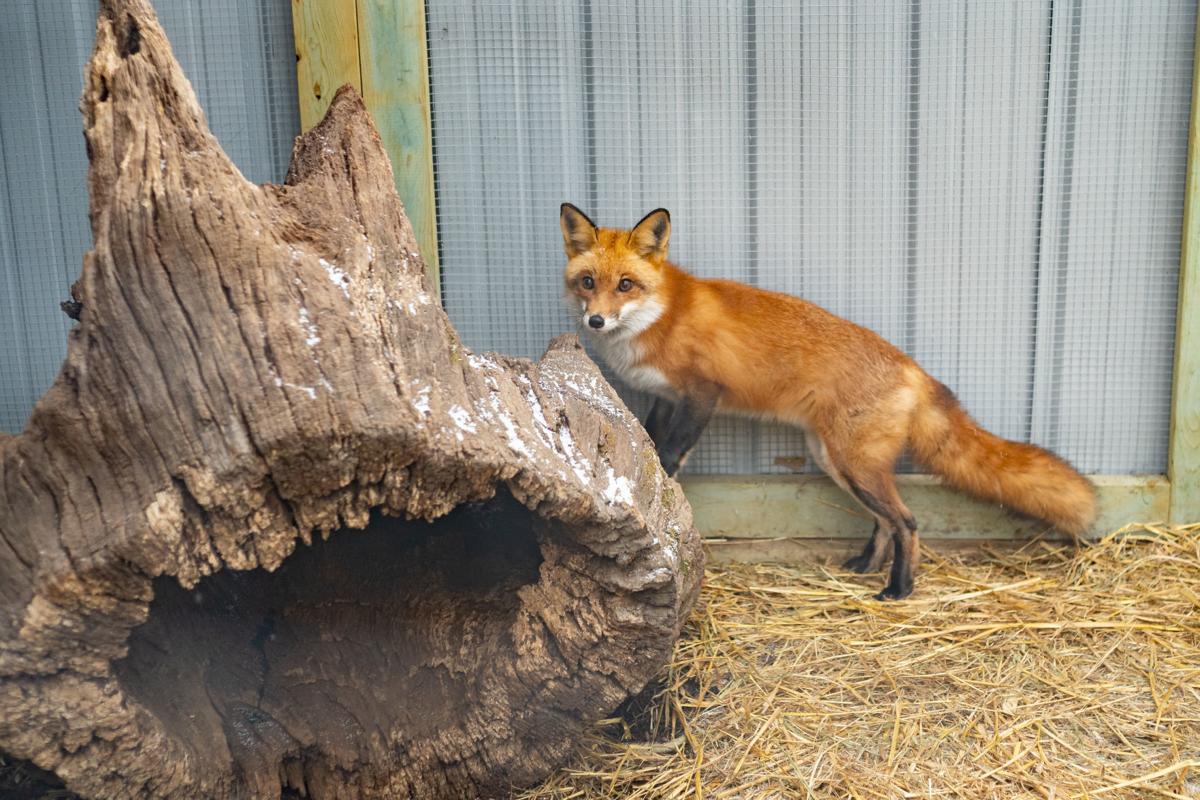 A fox at Nebraska Wildlife Rehab. Executive Director Laura Stasny said the organization gets lot of calls from people who think some baby foxes have been abandoned. Most of the time, the mother is just out hunting, she said. 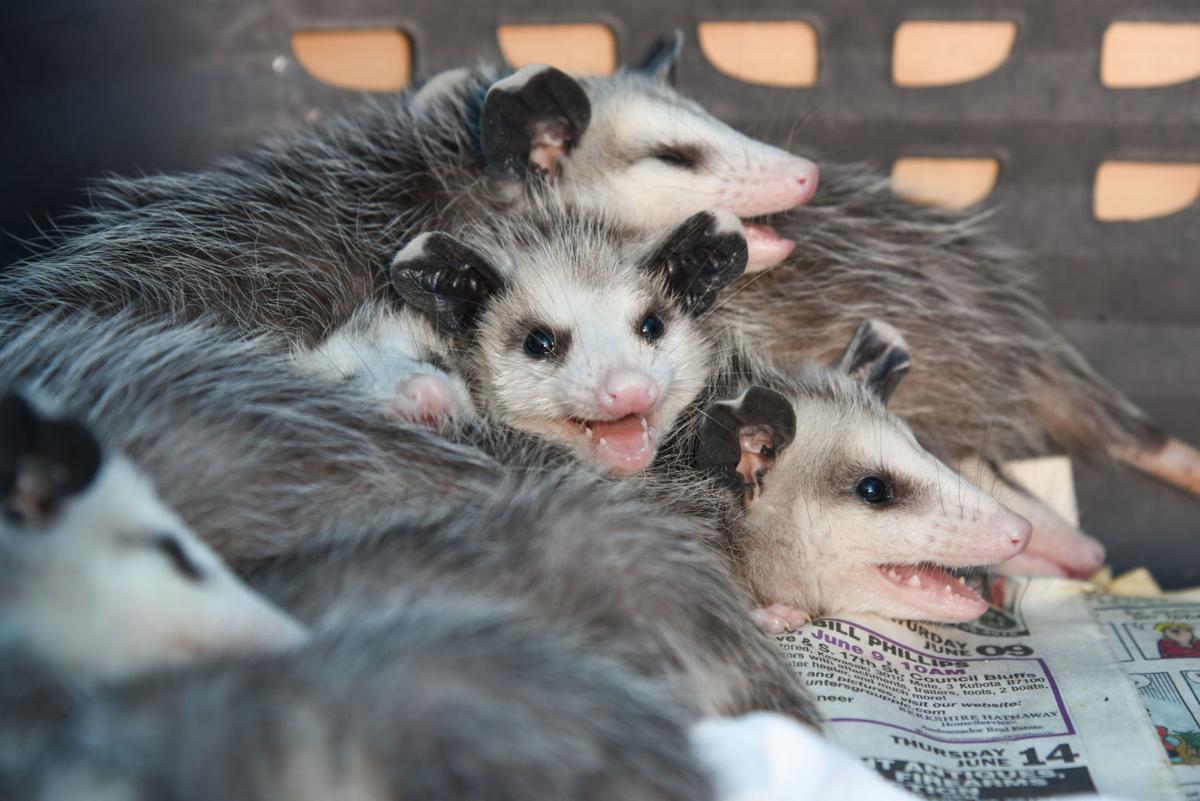 A bunch of baby opossums at Nebraska Wildlife Rehab 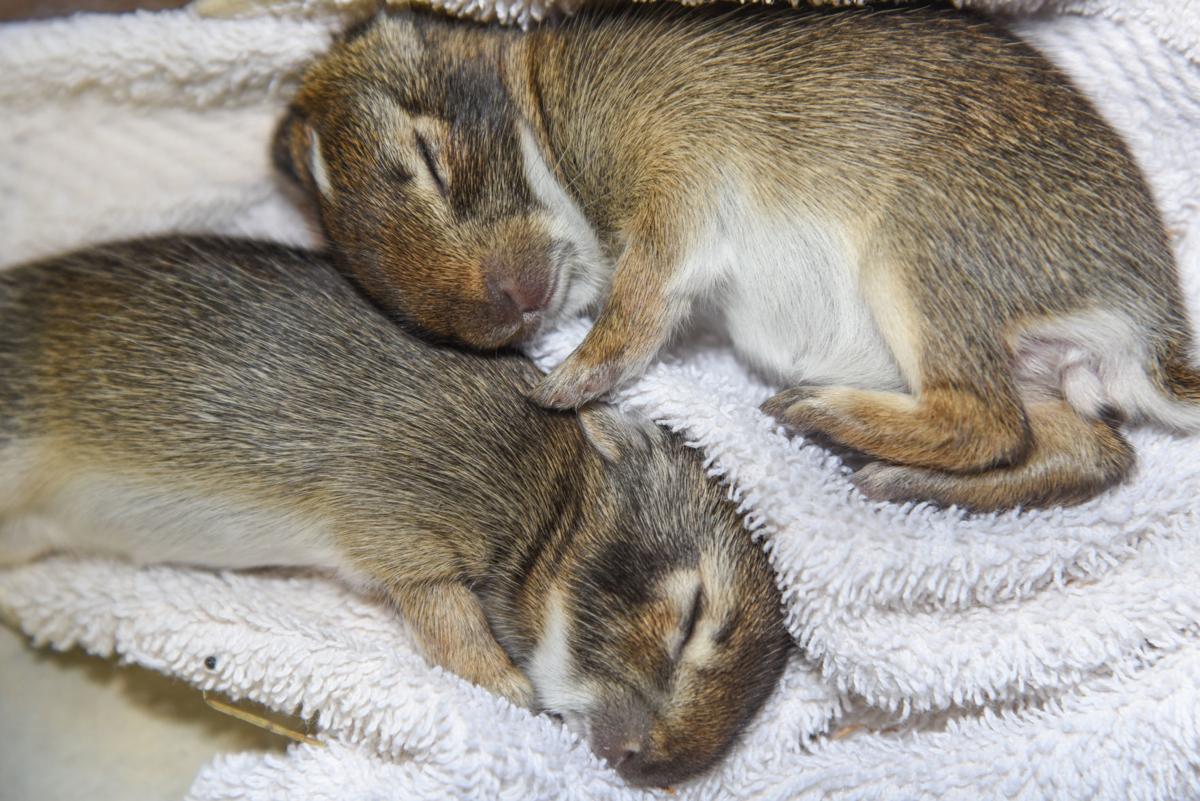 Baby rabbits at Nebraska Wildlife Rehab. The organization said it is seeing twice as many rabbits as normal. 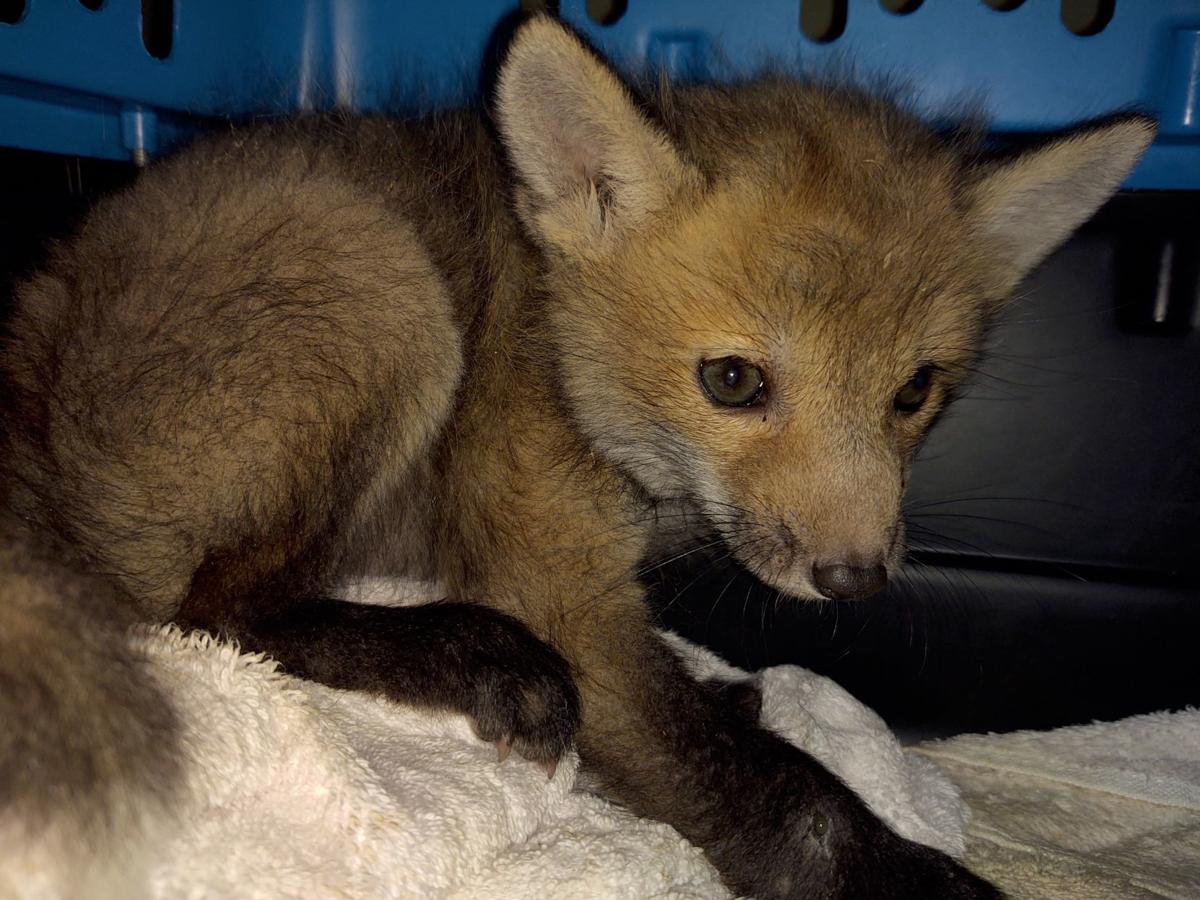 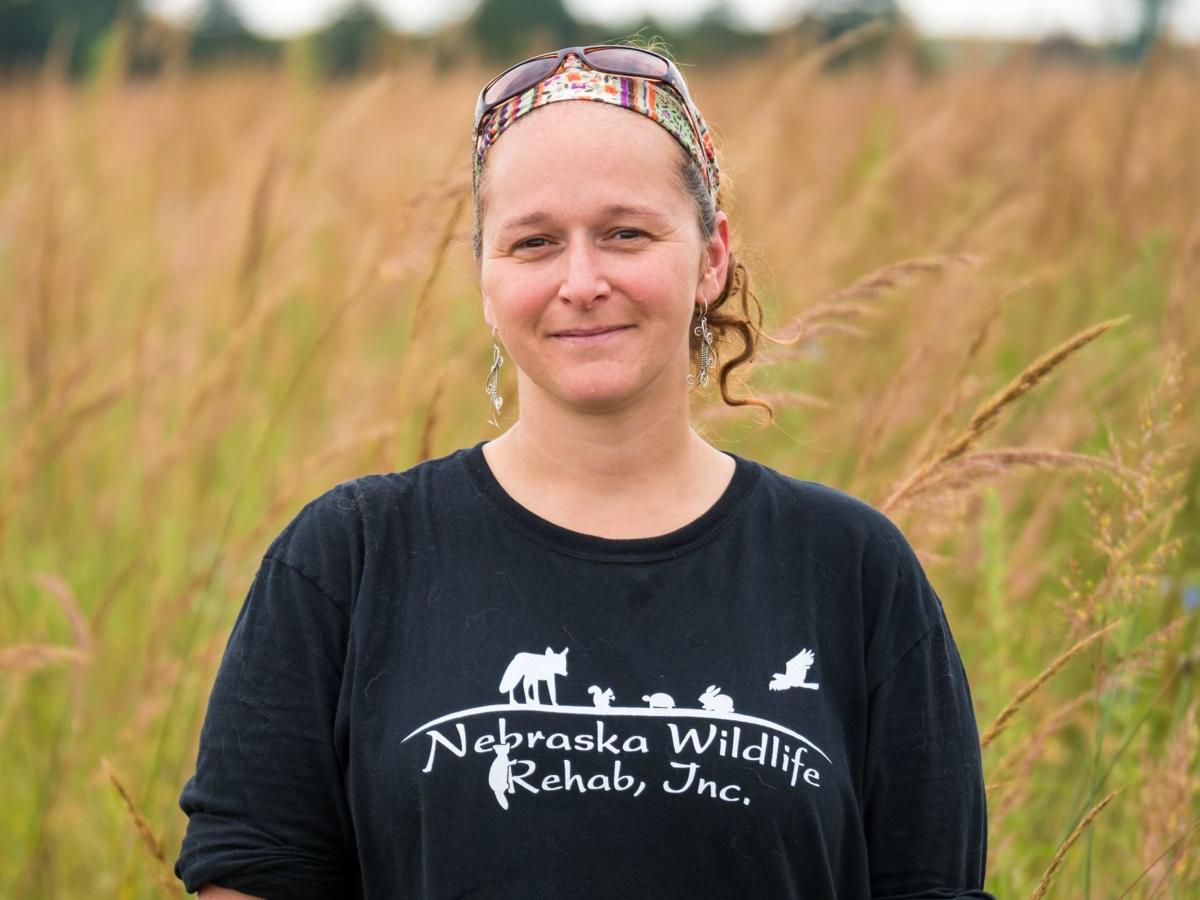 Laura Stastny has a baby problem. Too many of them.

Baby rabbits with their wee eyes barely open, raccoons just beginning to don their masks, foxes too cute for their own good and even stylish painted turtles.

It seems that humans, who have hunkered down during the coronavirus pandemic, are noticing — and enthusiastically rescuing — wildlife. As a result, Nebraska Wildlife Rehab is on pace to receive a record number of animals this year.

“With people at home and less concerned about getting to the next place, they’re noticing more wildlife in their yards, and when animals are in trouble, we’re getting a lot of orphans,” said Stastny, the executive director of the rehab.

In the first five days of May, 300 babies were brought to the organization’s facilities in western Douglas County, Stastny said. During a typical May, the busiest month, 1,000 animals arrive.

Many of the animals were in genuine need of rescuing, Stastny said, but others were unwisely nabbed by humans.

“We love that people are out there looking for wildlife, but we only want those in real need,” she said. “If those baby bunnies don’t need to come in, they shouldn’t come in. Their mothers still do a better job than we can.”

While some parts of the country — and the world — are seeing wild animals venture more boldly into deserted urban areas, Stastny doesn’t think that’s what’s happening in the Omaha area. She said a number of factors probably have led to the increased sightings and rescues:

And, besides, she said, Omaha never really shut down, so the urban habitat hasn’t been deserted enough to draw in animals from outside the city.

So what is the rehab center seeing? Record numbers of squirrels, twice the usual rabbits, high numbers of raccoons and then there’s opossums and the occasional beaver and songbird. It’s still a little early for baby coyotes and bobcats, Stastny said.

Recently, an injured pelican was brought in. A fishing lure had pierced its beak, and it had become tangled in the line.

Animals are rehabilitated in different ways. Baby rabbits are fed for three or four weeks and released, reflecting their relatively fast maturation. Baby raccoons are kept for 20 weeks and taught about food sources such as fishing in water or scavenging roadkill. Foxes and coyotes are kept a little longer.

Stastny said the organization is getting a lot of calls about young foxes that appear abandoned by their mothers. In most cases, Stastny said, the kits — young foxes — are fine; the mother is just out hunting.

“We spend a lot of time on the phone talking about fox behavior,” she said. “We don’t mind. We’re here to educate people about wildlife. We’re happy to do that.”

The coronavirus has meant that the organization has had to restrict volunteers, so employees are working longer hours, she said. And the organization is still recovering from last year, when the flood destroyed its facilities. Now, with growing numbers of animals to care for and the organization in the midst of fundraising for a new facility in Omaha, donations would be appreciated, Stastny said. Donations can be made directly to the organization as part of the upcoming Omaha Gives! campaign or via an Amazon wish list.

“It’s an interesting time to be alive and try to figure out how to work in a safe way,” she said.Photos: Discarded fishing equipment endangers wildlife in Nebraska

Birds and fishing bobbers in a tree can be a common sight at some area lakes.

A Yellow-rumped Warbler in a tree surrounded by fishing line.

A Double-crested Cormorant snared by fishing line in a tree.

A painted turtle with a hook in its mouth.

An Eastern Phoebe surrounded by fishing line and a lure.

A gull with a lure hooked into its beak.

A Ring-necked Duck covered in netting.

Dr. Keith Halsey removes a fishing hook from the mouth of a soft-shell turtle.

A great blue heron that was found at Camp Ashland, fishing line was tangled around one leg and both wings.

This great blue heron was found at Camp Ashland with fishing line tangled around one leg and both wings.

A Canada goose’s mouth after a hook was removed. Nebraska Wildlife Rehab helps more than 7,000 animals a year.

An X-Ray that shows a common snapping turtle swallowed a large hook.

'It's messy out there': Discarded fishing equipment endangers wildlife in Nebraska

Local photographers have decided to do something about the left-behind fishing tackle endangering birds and other animals in the Omaha area.

The animal, who officials have since dubbed Rocky, scurried to the top of a building under construction on the University of Nebraska Medical Center campus. Then Rocky realized he was in a jam. He couldn't get down.

Want to adopt a family pet? Here are some tips for getting started

The number one goal for rescue groups is finding the perfect forever home for animals in their care. But many times they need help making that happen. Here’s what’s entailed if you’re looking to adopt or foster a rescued pet.

Kennel owner saves all dogs in his care: 'I give them my word that these dogs are going to be safe'

“People leave their dogs in my care and I give them my word that these dogs are going to be safe,” said the owner of a pet motel.

Rescues of exhausted, stressed-out animals continue on Sunday; 'they were terrified'

On Sunday, three mini ponies and a donkey were rescued from floodwaters on a farm between the overflowing Elkhorn and Platte Rivers. The animals had been stranded there for a couple of days.

As a nonprofit, 91% of the zoo's operating income is a result of admissions, memberships and other sales such as concessions, gift shops, rides and events.

Her street is quiet. "Too quiet," she writes, "like the total silence after an exceptional snowfall." A retired professor of plant biology at the University of Bologna in Italy, Anna Speranza hasn't witnessed the ravages of covid-19 firsthand, but like everyone else, she reads the news, the daily Civil Protection reports, the anguished posts on social media. Once an active volunteer at the local prison, she now spends her days at home in eastern Bologna, watching the blackbirds and the blue tits come and go from her balcony above the street. Naturally optimistic, she's always scouting for the bright side, but in the midst of a pandemic, in one of the hardest-hit countries in the world, "the feeling of uncertainty and anxiety is always present," she writes.

The match game: Tips for finding that perfect pet for your family

Space, exercise, time and money all come into play.

"The puppy, who we named Coco, breathed new life into not only our resident dog, but also our family. We brought her home just two weeks before many states in the U.S. put stay-at-home orders in place. She wasn’t what I was looking for, but isn’t that how it usually works out? She found us at just the right time."

How to help in a coronavirus shutdown: People encouraged to adopt, foster animals

The Nebraska Humane Society has lowered prices for dogs and cats and is developing an emergency foster program. That’s because there is likely to be a drop in people adopting and an increase in animals being surrendered.

The drive-thru park in Ashland saw 7,663 visitors on Friday, beating the previous record of 2,735 visitors that was set last year on Sept. 1.

The sandhill cranes migration returns to Nebraska: 'It takes your breath away'

The sandhill crane migration returns to Nebraska: It 'takes your breath away'

The sheep that were captured received new tracking collars and ear tags, in addition to undergoing a series of tissue samples and vaccinations, before being released.

News to start your day: Wild animal rescues spike; how to vote during a pandemic

People are bringing more critters to Nebraska Wildlife Rehab amid the coronavirus, the Tuesday primary will be different than what you're used to, and more news to start your day.

The majority of his photos have been taken at zoos, including Omaha’s Henry Doorly Zoo & Aquarium. He says it will take another 10 to 15 years to photograph all the animals in captivity.

Steve Forch posted a cellphone video of his encounter on Facebook, and it has received more than 1,000 comments and more than 4,000 shares. People were divided over the run-in, with some saying the animal should be shot, others saying humans are the intruders and a fair number weighing in with their own fears.

The National Forest this week reopened many of its recreational areas in Nebraska, South Dakota, Wyoming and Colorado.

N.P. Dodge Park to reopen Friday, more than a year after it closed because of flooding

The reopening includes the park's public boat ramp and private marina, according to the city's Parks and Recreation Department.

Flash flood advisories were in effect Sunday into Monday across parts of southern Nebraska and Iowa, northwest Missouri and much of eastern Kansas.

A baby raccoon is fed at Nebraska Wildlife Rehab, which received 300 baby animals in the first five days of May.

A baby squirrel is fed at Nebraska Wildlife Rehab, which said it is seeing record numbers of the critters. 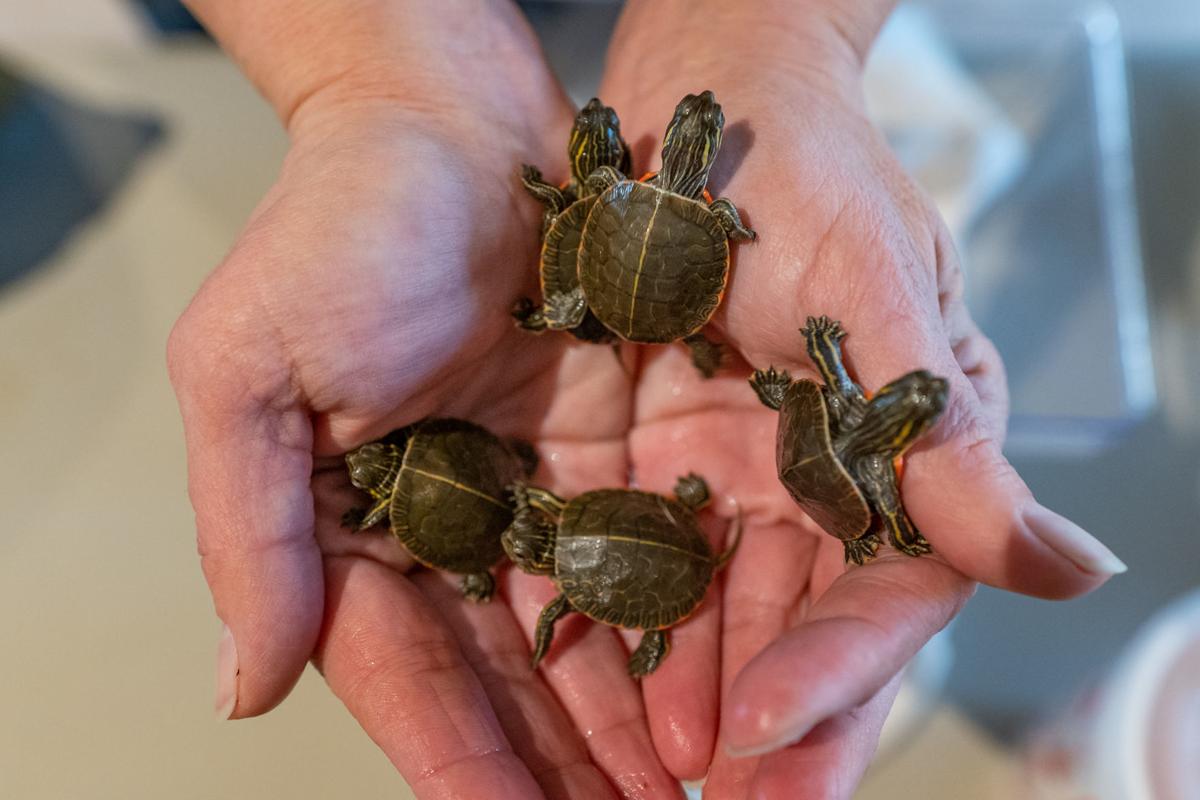 A baby songbird is fed a worm at Nebraska Wildlife Rehab.

A fox at Nebraska Wildlife Rehab. Executive Director Laura Stasny said the organization gets lot of calls from people who think some baby foxes have been abandoned. Most of the time, the mother is just out hunting, she said.

A bunch of baby opossums at Nebraska Wildlife Rehab 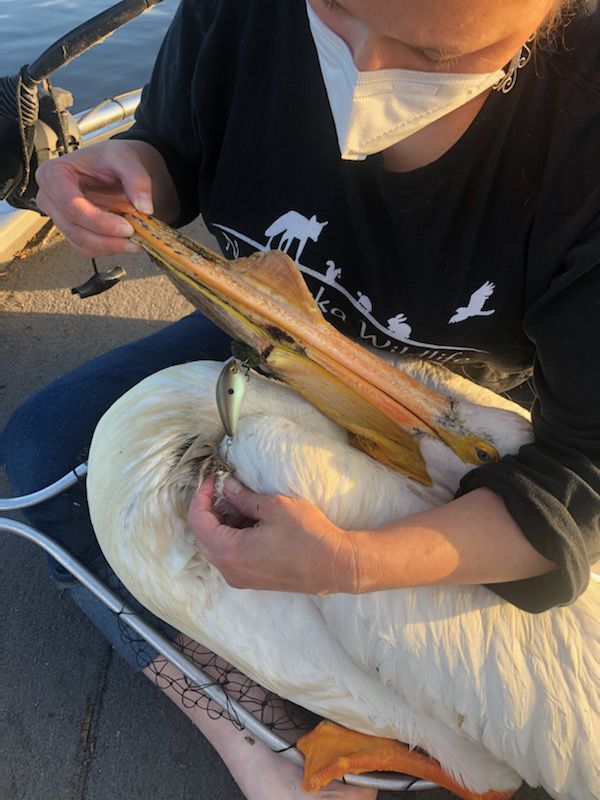 A pelican that had a fishing lure caught in its beak was taken to Nebraska Wildlife Rehab.

Baby rabbits at Nebraska Wildlife Rehab. The organization said it is seeing twice as many rabbits as normal.