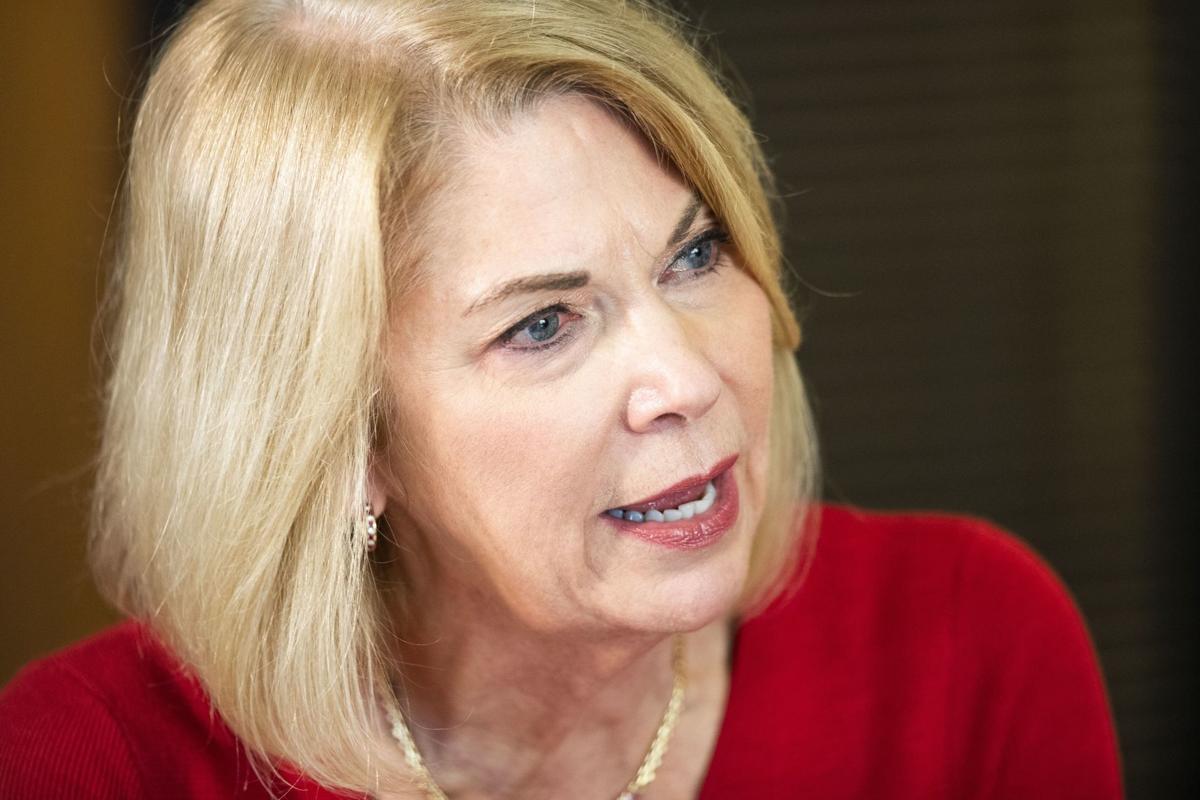 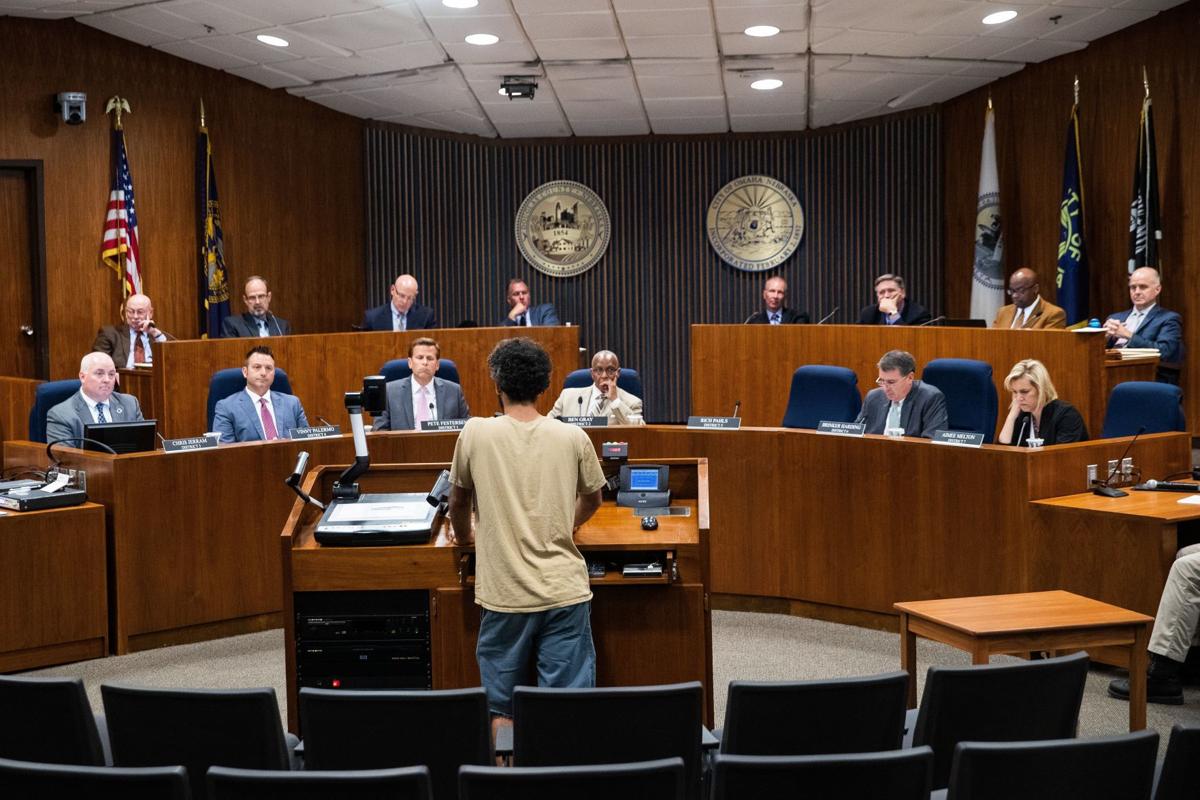 A new front opened this week in the City Council fight over how much to pay Omaha’s mayor, and part of the disagreement hinges on how to make future raises better reflect the city’s economic ups and downs.

A clear council majority backs paying the mayor more in the next term than the city does today, six years after then-Mayor-elect Jean Stothert and fellow council members cut the job’s salary by $11,000 to $102,000. They point to a council study of comparable cities that found Omaha’s mayor makes about 18% less than the median pay of mayors of similarly sized cities.

At issue now is a draft amendment from council members Aimee Melton and Brinker Harding that would boost the next mayor’s pay sooner than the 3% a year proposed by Council President Chris Jerram for 2023-2026.

Melton and Harding say they want Omaha to pay its mayor a median salary comparable to what other strong-mayor cities pay. Their proposal would raise the mayor’s pay to $122,000 in 2022.

“The pay needs to be commensurate to the job that’s done,” Melton said.

Pay raise for Omaha's mayor? Council members back it, but some say proposed 3% hike isn't enough

Melton has said the city is sending the public and business leaders the wrong message by paying Omaha’s first female mayor less than it paid her male predecessor, but the City Charter prevents a quick fix.

After initially boosting the mayor’s pay, the Melton-Harding amendment would give the mayor yearly raises from 2023 to 2026 based on a consumer price index meant to keep pace with the local economy, they say. A separate proposal would tie City Council raises to the same index.

The draft amendment was still being evaluated by the Law Department this week to make sure raises can follow a formula, officials said.

Jerram says he’s willing to entertain a council discussion about whether the mayor should be paid more sooner, but he disagrees with basing annual raises on the consumer price index, calling the approach opaque.

He said he prefers having the council vote on raises the public can more easily understand. To him, that means the council tradition of annual percentage increases that reflect how other city employees are paid and their raises.

Thus far, the officially nonpartisan council’s Democratic majority appears to agree with Jerram, based on public statements and interviews with Pete Festersen and Ben Gray. Vinny Palermo said he had not yet decided.

Festersen said he doesn’t like giving large raises to major officeholders and would prefer approving the Jerram proposal.

“I’ve never supported anything greater than 3%,” Festersen said, calling it “more reasonable” and “more consistent with past practice.”

Councilman Rich Pahls, the third Republican on the seven-member council, says he, too, might have trouble shifting raises to the consumer index, though he says he agrees with giving the mayor a bigger raise in 2022.

City negotiators have tried to push such formulas to replace annual raises, but city employees would never accept such a change, said Tony Burkhalter, the leader of the city’s largest employee union, Local 251.

“It would be dead on arrival,” he said.

Stothert has said she would not object to a raise for whoever wins Omaha’s next mayoral election so long as the council is reasonable about the amount of the increase it approves. She has not announced whether she will run for a third term in 2021, although people continue to raise funds on her behalf.

8 local mayors and their salaries

The city estimates the vaping tax could raise up to $1 million a year.

The city would have paid up to $200 a ton for recycling under the rejected bid.

Omahans who don't shovel snow off their sidewalks will be billed, but not as much as last year

Shoveling an Omaha sidewalk too slowly after a snow this winter will still cost you hundreds of dollars, but it shouldn’t be as expensive as last year.

The World-Herald dug into the arbitrator’s decision, legal briefs and documents from three days of testimony to identify several takeaways.

Steve LeClair was fired in February after an internal investigation into LeClair’s 2018 assault of a woman at a local bar. The arbitrator argued LeClair should have been disciplined for his behavior, perhaps suspended, but not fired, The World-Herald has learned.

Police say the system has helped them return more than $1.2 million in stolen property in the three-plus years since the city passed an ordinance requiring stores to log fingerprints, photos and IDs from people selling used items.

Omaha Parking and Mobility is poised to add three electric vehicles to its fleet of about a dozen gas-powered vehicles with an expected consent agenda vote Tuesday before the City Council.

The five-year agreement allows for no annual raise for the first year of the contract, which ends Saturday, but provides for 2.8% raises in 2020 and 3% in the remaining years.