For decades, engineers have used computer models to simulate the workings of engines and rockets before launch, and today’s passenger jet engines have computer replicas that alert airlines when repairs are necessary.

A University of Nebraska-Lincoln researcher is working to develop a similar tool for one of the human body’s most complex machines — the immune system.

Tomáš Helikar, an associate professor of biochemistry at UNL, said having a computer replica of the immune system could help researchers better understand and even personalize treatment for immune-related diseases and increase the speed and efficiency of drug development.

Helikar and his team already have developed a model based on one type of immune cell — the CD4+ T cell, the so-called helpers that stimulate other cells to fight pathogens.

His next goal: expanding the model to cover the entire immune system. That’s a difficult challenge, but Helikar has powerful motivation. His son, Liam, now 7½, was born in 2014 with a genetic condition that kept his lungs from working. Liam underwent a double lung transplant at nine weeks old.

The lung transplant removed the problem, but the drugs Liam takes to keep his body from attacking his lungs have compromised his immune system.

Helikar, who originally is from the Czech Republic, said Liam is a passionate, loving and happy child who is bilingual and loves skiing. He started first grade in the Czech Republic while Helikar was on sabbatical there for the last six months of 2021. He now attends school in Lincoln.

“He does all the kinds of things that other kids do that wouldn’t have been possible without the lung transplant,” Helikar said. “But of course there have been many challenges along the way as a result of the immunosuppression.”

In fact, Liam contracted COVID-19 in in the Czech Republic in December and was hospitalized there. He required aggressive treatment.

“He fuels my interest in the immune system,” Helikar said. “I think the immune system can be figured out as a system, and it can be more strategically tweaked and reprogrammed to elicit a healthy state.”

The pandemic has opened many eyes to the immune system’s importance, he said. While scientists know what each type of cell in the system does, it’s difficult to predict how that system will behave when those cells start to interact.

Liam’s medications, for instance, suppress CD4+ T cells, Helikar said. But because those cells are part of a complex network, suppressing them has the potential to affect other immune cells in ways that can impact the body and health.

No two people have the same immune system, he said. Each is conditioned differently by exposure to different diseases and environmental factors. As a result, each person’s immune system responds differently to pathogens.

UNL researchers have tested their model’s ability to predict cells’ behavior in response to influenza infection, and the results were published in August in PLOS Computational Biology. Since then, they have used a similar model to identify candidate drugs for flu, and they’re testing them now.

“We’re seeing some really good results,” Helikar said. “We have two drugs that when given together really knock down the replication of the virus.”

While the researchers haven’t tested the drugs against other viruses, they think they might work on other viral infections.

Currently, the process of moving a new drug candidate through the development pipeline takes roughly a decade and costs, on average, between $1.2 billion and $2.5 billion, Helikar said. And lots of misses occur along the way, with only a 7% chance that a given drug will make it to Phase 1 clinical trials in humans.

Helikar’s team plans to expand the model to include more types of cells, molecules, genes and organs and the mechanisms they use to communicate with one another.

“We’re going from the molecular to cellular to whole body levels,” Helikar said. “And computationally and mathematically, that is a very challenging task to accomplish.”

A five-year, $1.8 million grant from the National Institutes of Health Maximizing Investigators’ Research Award program will help the team take some of the next steps. An earlier $1.77 million grant through the program funded the initial work. The team now has 15 members who have expertise in fields such as software development, computational biology and immunology.

Among his next steps, Helikar plans to enable the model to account for the physiology of an individual or a demographic group, a step that could open the door to personalized medicine.

Helikar isn’t alone in seeking to create models of the immune system. He’s also is part of a working group, formed at the NIH’s request at the start of the pandemic, that has proposed the development of an immune digital twin for use in viral infections such as COVID.

James Glazier, one of the group’s two organizers and a professor in the intelligent systems engineering department at Indiana University, said the group was formed because little modeling work was being done to understand what happens once someone is infected with the virus. Most available modeling focuses instead on pandemic epidemiology, trying to understand such things as how many people get infected and the effects of masking and distancing.

Reinhard Laubenbacher, the group’s other organizer and a professor of systems medicine at the University of Florida, said the questions include explaining why a healthy 25-year-old can die from COVID-19 in a short time and an 85-year-old diabetic survives with the equivalent of a bad cold.

Such a model, Laubenbacher said, also might allow a doctor to determine which drugs will work for a particular COVID patient, simplifying hospital operations and potentially saving lives.

Said Glazier, “What we need to do now is forecast the immune state inside an individual instead of in a population.”

Currently available computer models in the health sphere allow doctors to determine whether blockages are affecting blood flow through heart vessels and simulate the effects of interventions such as surgery on those flows. They’re also powering the latest insulin pumps, which monitor diabetics’ blood glucose levels in real time.

But the researchers want to take models further. Glazier said Helikar’s work on modeling T cells “is exactly the kind of combined modeling and experimental work that we think is critical in making progress in understanding human immune response.”

Helikar also is partnering with doctors at the University of Nebraska Medical Center to explore how his model can help transplant recipients. And he’s part of a National Strategic Research Institute team carrying out Department of Defense work aimed at developing drugs to protect military personnel from the effects of radiation exposure.

Both of those collaborations put him on familiar ground. Helikar earned his undergraduate degree in the University of Nebraska at Omaha’s then-new bioinformatics program and his doctorate in biochemistry at UNMC. He completed a post-doctoral program in the mathematics department at UNO.

“I really admire Tom as somebody who combines fantastic science with a real commitment to community,” he said. “That’s not such a common thing.”

On the day that marked the 50th anniversary of Roe v. Wade, dozens of Nebraska health care professionals gathered at a press conference in defiance of the state's proposed six-week abortion ban.

A former Waterloo firefighter was sentenced to three years in prison on Monday for attempted second-degree sexual assault.

The Omaha City Council will consider a resolution Tuesday that would pay a firefighter more than $250,000 to settle claims of sexual harassment and retaliation.

In a wide-ranging interview, Omaha Mayor Jean Stothert reflected on ambitious development projects of 2022 and addressed criticism over her time spent out of town last year.

An Omaha man could be sentenced to life in prison after being found guilty of the sex trafficking of a minor. 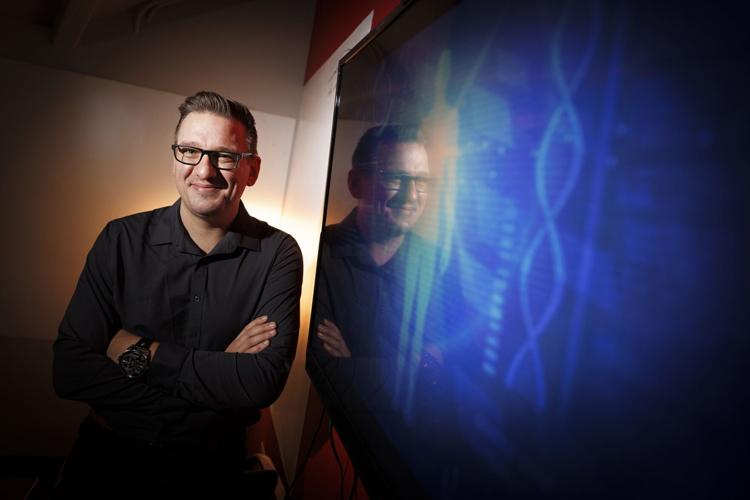 Tomáš Helikar, an associate professor of biochemistry at the University of Nebraska-Lincoln, is working to develop a virtual human immune system. His young son has faced immune system challenges after undergoing a double lung transplant in infancy. 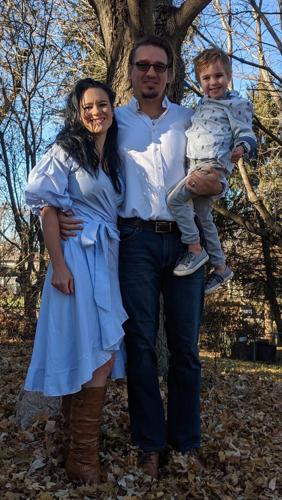 The effort Tomáš Helikar is putting toward developing a virtual human immune system is driven by his son, Liam, who had a lung transplant at nine weeks old. Helikar's wife, Resa, is at left.