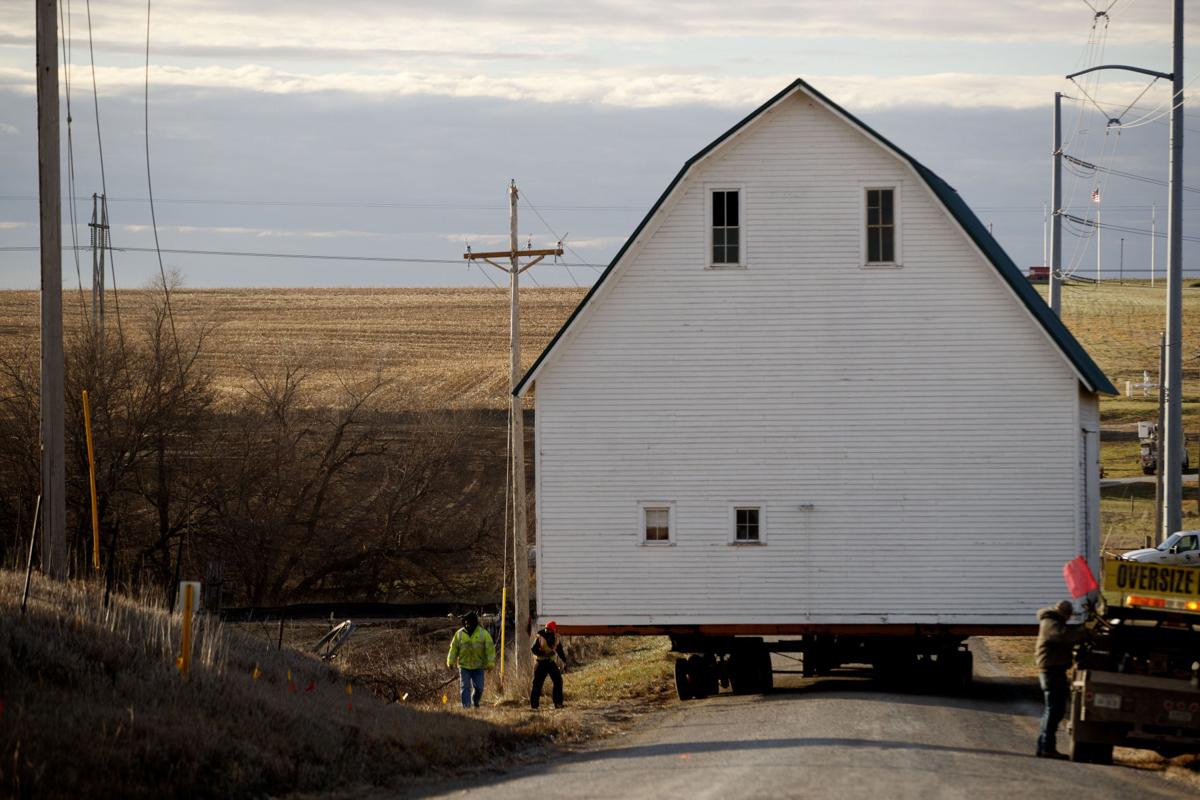 A barn built in 1903 was relocated because the owner and his family sold the property. New homes will be built at the site. 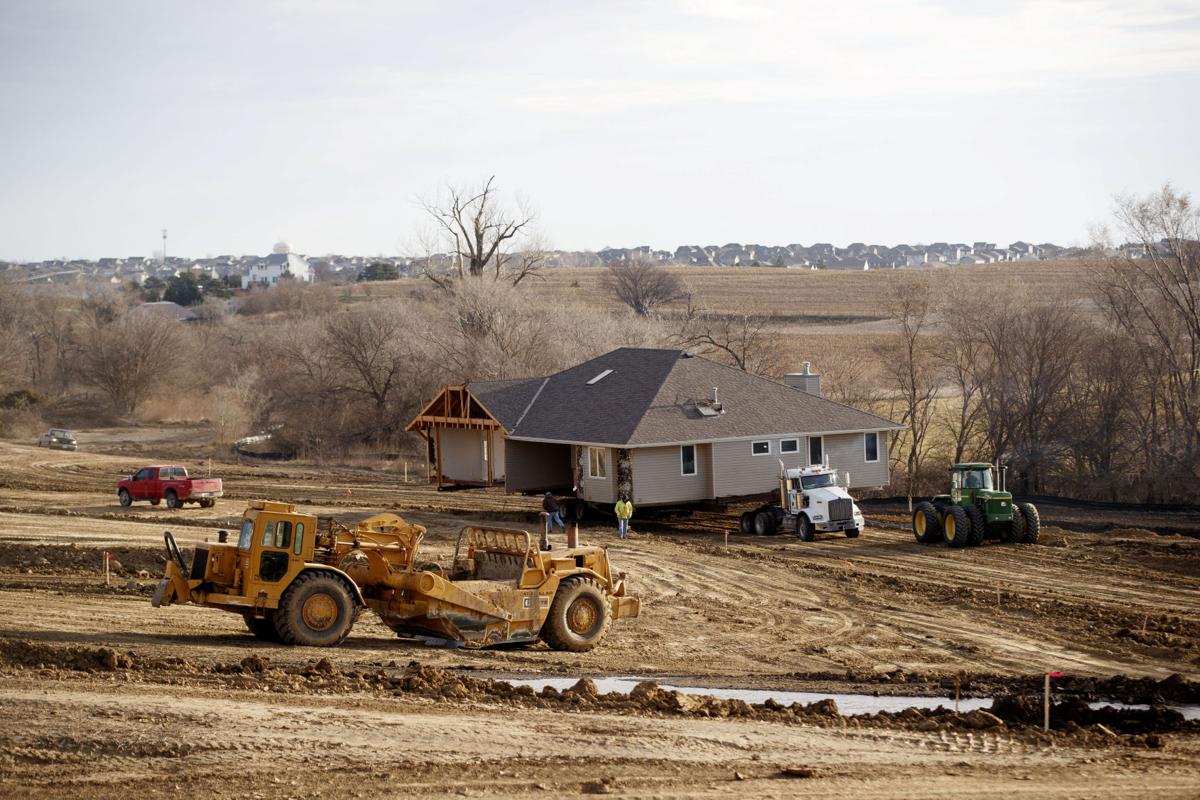 Ron Tex’s home is moved from 114th Street and Schram Road on Tuesday. 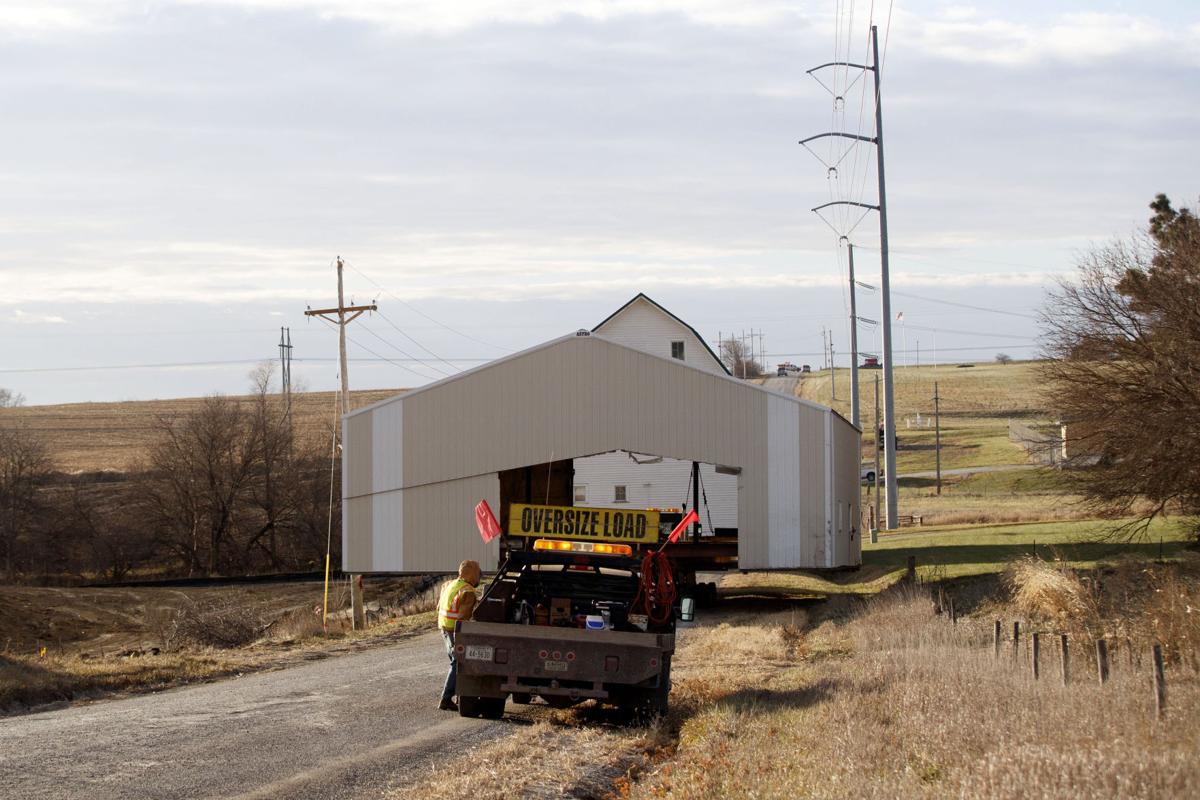 Ron Tex's property is moved from 114th and Schram on Tuesday.

More than a century ago the son of a German immigrant built a sturdy barn in Sarpy County.

Now the land it sat on will be turned over to a developer, and the barn will weather that, too.

On Tuesday crews moved the old barn 3 miles southeast from where it sat in the county’s rolling hills near 114th Street and Schram Road.

Ron Tex said his great-grandfather built the four-story barn in 1903 on a farm where the family grew corn and raised cattle and horses.

Tex said he and other family members sold the 160 acres. Preliminary plans call for 335 homes on the land under development by Boyer Young Development Co., according to the City of Papillion.

But Tex could not let the barn die with the sale.

“It’s the last part of the memories,’’ he said.

Tex, 63, remembers seeing a news clipping that said 300 people turned out for a dance at the barn after it was built at the turn of the century. In recent years the barn has been used for storage and will continue in that role at its new spot.

Tex has lived in a ranch home on the property and crews also moved it Tuesday, along with a machine shed.

Crews from Ensor Movers Inc. used hydraulic jacks and steel beams to lift the barn off its foundation. The beams were set on a rolling platform that served as a trailer for the move. A similar process was used for the house and shed.

Tex said the barn is in excellent shape. It got a new roof and paint job about seven years ago and has not required any major work to keep it up.

Ryan Baltensperger, owner of Ensor, said that because the barn is in good structural condition, it was well-suited for the move. He said his Nebraska-based business moves a couple of barns a year in the region.

Semitrailer trucks towed the three structures at a top speed of 8 mph.

Moving the barn and other structures took about 4½ hours, with the crew getting them in place by about 1:30 p.m.

Baltensperger said that’s a good pace for moving three structures, even if just a few miles.

Workers from the Omaha Public Power District required time to temporarily drop or raise some power lines above the road so the barn could pass through.

The house and the barn are now on land Tex owns in the county along Fairview Road. The shed was moved to his son’s property nearby.

Tex said the move went well and he’s especially relieved that the barn is safely at its new location.

He said he never got the chance to meet his great-grandfather, but knows he’d be proud that his barn lives on.

Old-fashioned harvesting is still in style for Iowa family

Dee and Randy still pick corn on the ear on their operation near Denison because it’s a cheaper and more efficient way to feed their cattle.

Fall is when mice head into homes looking for warmth and food. Homeowners should seal openings and set traps if they get inside.

This new generation can’t hope to replace the numbers that farming is losing to age. But it is already contributing to the growth of the local-food movement and could help preserve the place of midsize farms in the rural landscape.

An Omaha developer wants to recreate the walkable neighborhood feel of an older area like Dundee. But he wants to build it from scratch. In a cornfield. In Papillion.

A barn built in 1903 was relocated because the owner and his family sold the property. New homes will be built at the site.

Ron Tex’s home is moved from 114th Street and Schram Road on Tuesday.

Ron Tex's property is moved from 114th and Schram on Tuesday.