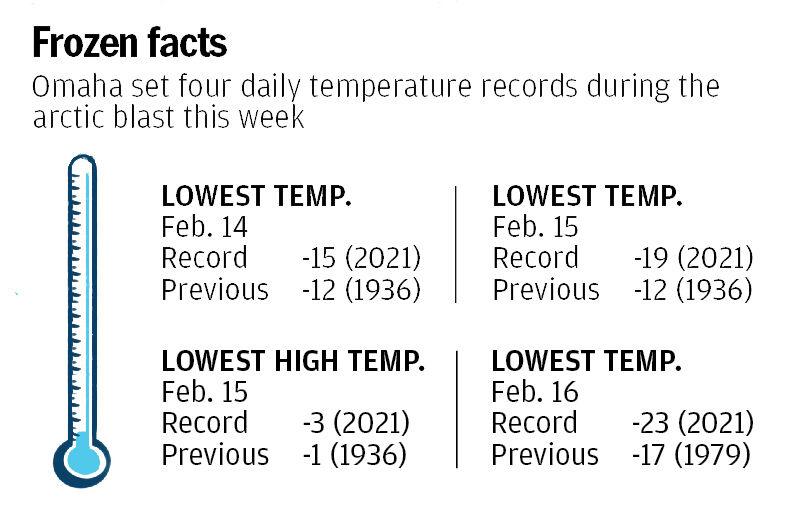 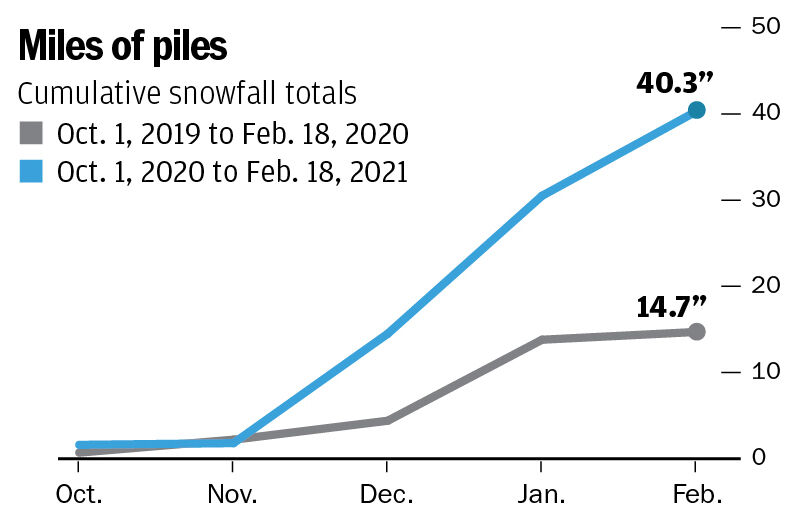 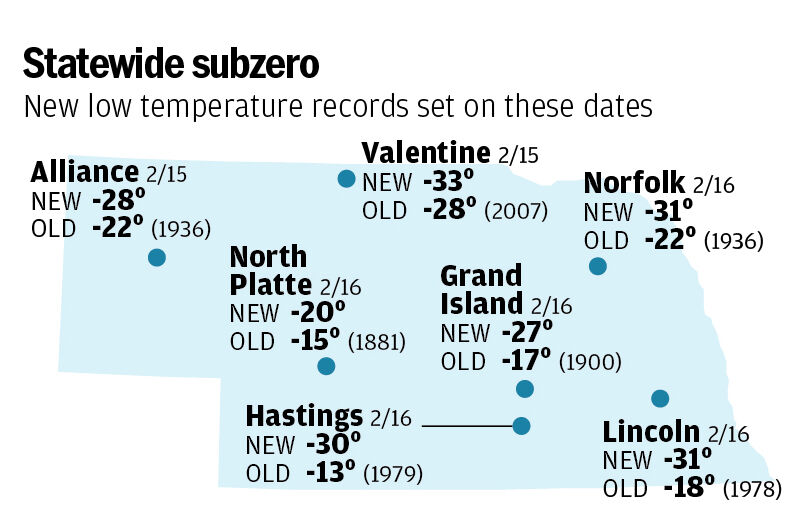 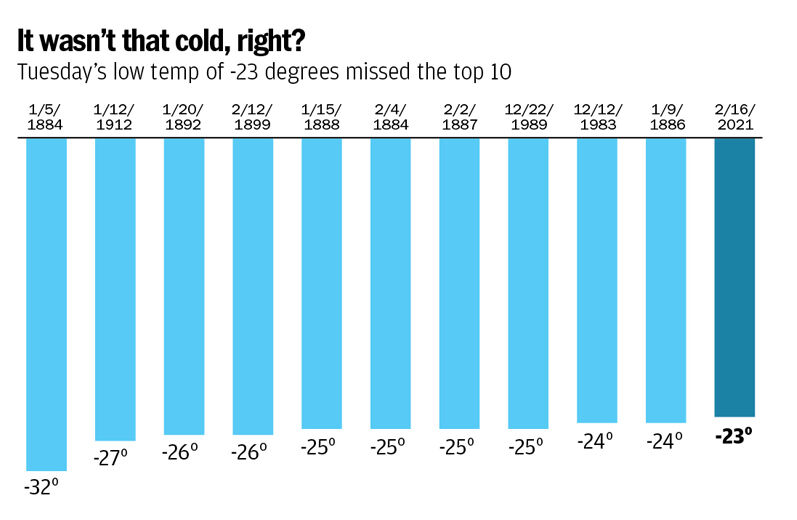 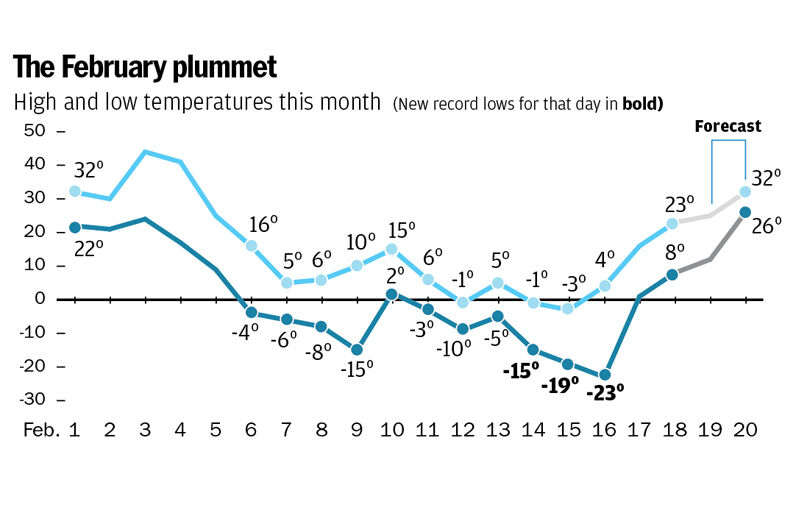 This weekend’s forecast for the Omaha area calls for warmer conditions than what we have been seeing, but the temperature in town may not top the freezing mark until Monday.

Complicating matters is the snow that’s expected to begin late Saturday night and continue into Sunday, said meteorologist Corey Mead with the National Weather Service office in Valley. The 2 to 3 inches of snow in the forecast may be enough to keep the temperature from rising above 32, he said.

The snow that’s expected likely will be wetter than the fluffy snow that has fallen in the area over the past couple of weeks, Mead said.

The weather service’s forecast for Omaha calls for a high of 30 on Saturday and a high of 33 on Sunday, but Mead said it may not warm up that much.

The temperature in Omaha hasn’t topped 32 since Feb. 4, when it hit 41 at Eppley Airfield.

Omaha’s forecast for Monday calls for a high of 41. It’s expected to hit 43 on Tuesday.

In spots west of Omaha, in Grand Island, Kearney and North Platte, Sunday’s highs were expected to be in the mid-30s, with highs in the low to mid-40s on Monday. It could hit 50 in North Platte on Tuesday.

Mead noted that Omaha’s average temperature for this time of year is 39.

Q&A: What was behind Nebraska's rolling blackouts? Why did an outside group decide?

Gov. Pete Ricketts called this week’s rolling blackouts “utterly unacceptable” and said Wednesday that the country needs to have a proper ener…