The Omaha World-Herald was named Great Plains Newspaper of the Year — for the second year in a row — for its work during 2020.

The award was announced Friday by the Great Plains Journalism Awards, an eight-state competition organized by the Tulsa Press Club. Publications in Nebraska, Iowa, Kansas, Missouri, Oklahoma, Arkansas and the Dakotas are eligible.

Counting the overall top newspaper award, The World-Herald won 12 first places — more than any other newspaper. In all, the competition has 38 news, photography or online categories. 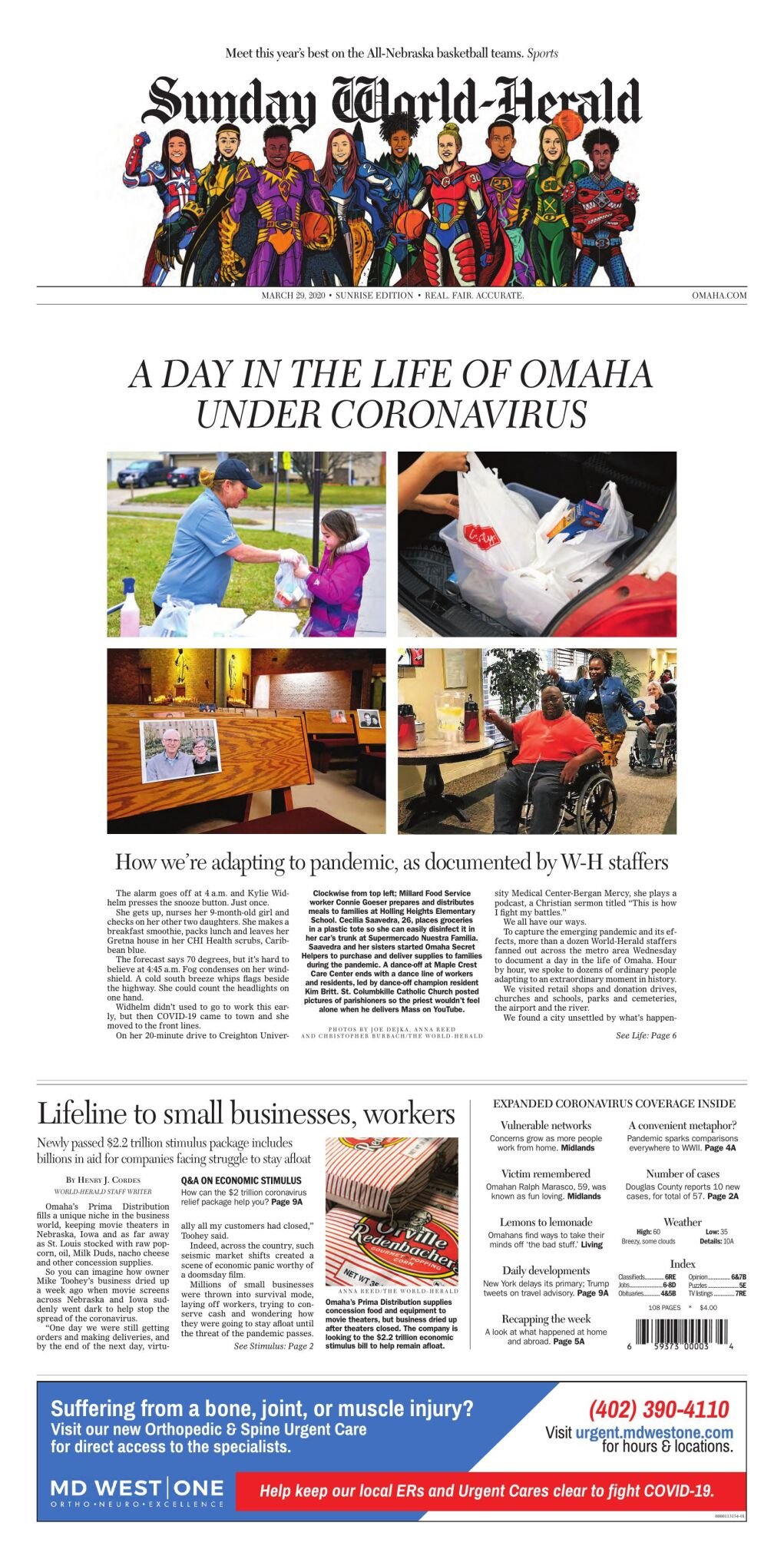 Some of The World-Herald’s wins involved coverage of two major issues during the year: the coronavirus pandemic and violent protests in Omaha, including the Old Market shooting of James Scurlock by bar owner Jake Gardner.

For example, staff writers Henry Cordes, Alia Conley, Todd Cooper and Erin Duffy took first in the single news story category for a detailed analysis of the actions of protesters and police during a protest at 72nd and Dodge Streets last May.

Julie Anderson won for her health beat coverage during the pandemic.

In addition, a newsroom team won for a narrative story depicting life in Omaha on a single day early in the pandemic. And staff writers Jessica Wade, Conley, Cooper and Duffy were recognized for continuing coverage of the protests and the Scurlock shooting.

Letter from the editor: $1 for six months of Omaha.com content? An unbelievable bargain

Sports column — Chatelain again for the story of Josh Jones, a former Omaha basketball talent with a unique perspective on the meaning of basketball during the pandemic.

Kelly, who worked at the paper for 48 years, covered police, courts and City Hall before becoming sports editor and sports columnist, jobs he held for a decade. He then spent 27 years as a popular metro columnist, writing about local people, trends and institutions.

Kelly won national and regional honors for his columns. He is also the author of “Uniquely Omaha,” a World-Herald book filled with entertaining and informative facts about the city.

In another recent award, World-Herald copy editor Zach Tegler won first place earlier this spring in a national headline writing contest. He won in the regional/local category of ACES, an organization of professional editors.

Some notable stories from The World-Herald in 2020

As managing editor, I don't report or write stories anymore. But each day, I get a close look at great work by the World-Herald's reporters, photographers and other staffers. Here are a few stories that stood out for me this year. — Paul Goodsell

What went wrong at 72nd and Dodge?

Led by staff writer Henry J. Cordes, World-Herald reporters sorted through the chaotic scenes and conflicting reports to examine a May 2020 pr…

Out-of-state hunters came to the deep-cut canyons and Sand Hills of Nebraska to bag trophies with the help of an outfitter near Broken Bow. Th…

"They told me not to give up." Veteran reporter Paul Hammel told the compelling story of Emma Hutchinson, the 36-year-old woman who became the…

'Our faith can provide us': Nebraskans find signs of hope, love and life in coronavirus

For the first Easter of the coronavirus era, Sam McKewon reported and wrote a beautiful piece on what Nebraskans had already lost during the p…

Staff writer Henry J. Cordes dug into statistics in July and found that the coronavirus was hitting Dakota County harder than most places. The…

In 1890s Omaha, 'No Man's Land' was one of the oddest places in Douglas County

Clontarf never was incorporated as a village, but functioned like one and wielded political clout larger than its 47 acres. There was a lawless element, too.

Sixteen traffic signals around Omaha are under consideration for removal. Find out which ones here.

Wireless carrier Sprint has been fined $50,000 by the Nebraska Public Service Commission after overcharging Omaha customers over a six-year period.