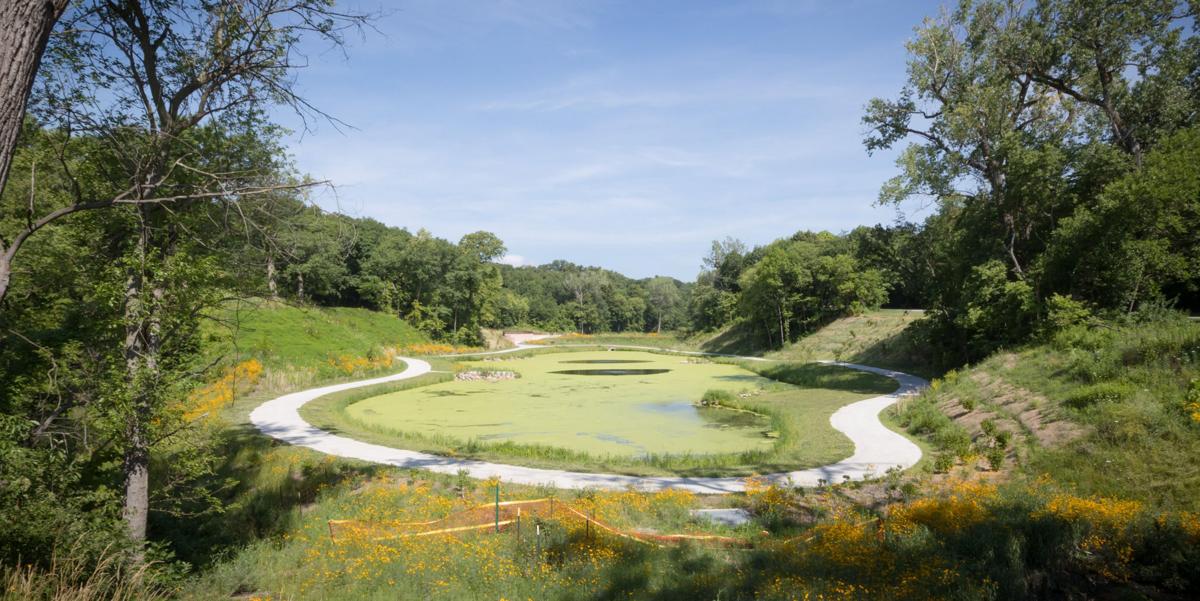 The lake is covered in green duckweed, a sign that the water is clean. 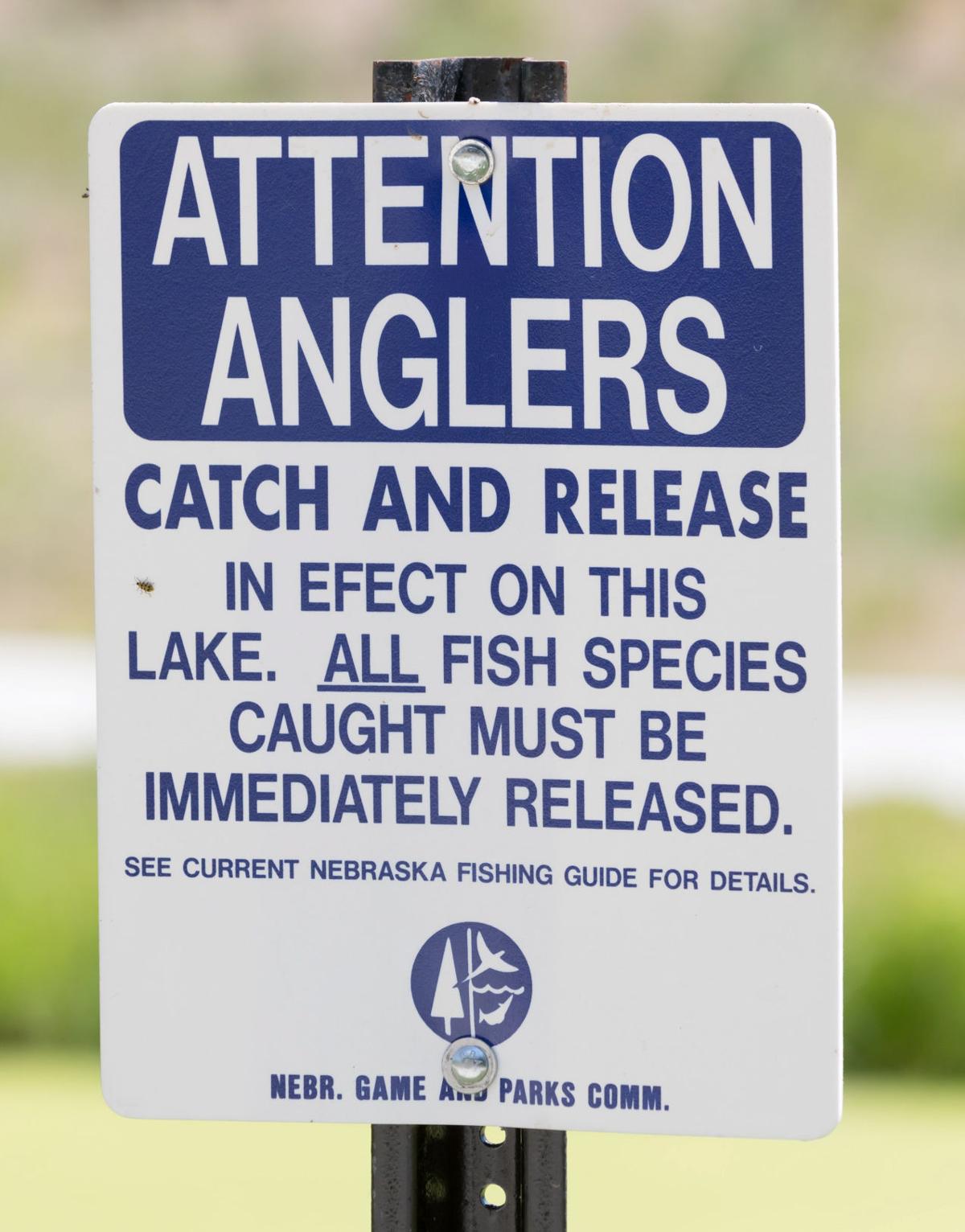 The new lake at Spring Lake Park has been stocked with fish, but they aren't very big yet, and all fish caught must be released back into the water.

Mayor Jean Stothert marveled at what a neighborhood leader called a miracle: the return of a lake to South Omaha’s Spring Lake Park.

Stothert and other dignitaries joined dragonflies in buzzing about the newly restored lake Thursday during its official opening.

“Spring Lake Park is a real success story ... for the taxpayers and the neighborhood advocates who had a vision for this park,” Stothert said. “The environmental and financial and neighborhood benefits are tremendous.”

The city, with help from Nebraska Environmental Trust grants, restored a body of water in its historic location and created a series of wetlands. It’s north of F Street and east of 20th Street, near the Spring Lake Golf Course.

The lake, with a paved trail and picnic tables beside it and fish stocked in its water, provides a recreational spot for the public, urban habitat for wildlife and stormwater benefits for the city, said Mark Brohman, director of the Nebraska Environmental Trust. The trust pitched in $1.3 million of grants from Nebraska Lottery proceeds to help pay for the lake project.

Brohman thanked Stothert for the city’s hard work on the project.

He noted that the lake was stocked in the fall with bluegill, bass and catfish.

Former City Councilman Garry Gernandt said neighborhood leader Janet Bonet had called him in 2001, in his first hour as councilman.

“How about putting the lake back in Spring Lake Park?” she asked him.

“One thing led to another, and here we are,” Gernandt said Thursday. “This is just awesome.”

Bonet said she and fellow neighbors had pursued the vision for 25 years, not 15 as reported in The World-Herald on Thursday. “The last 15 was just when they took us seriously,” Bonet said.

Park advocates worked with five Omaha mayors, she said, beginning with P.J. Morgan in 1992, to Stothert, and with city workers and contractors.

Bonet praised the lake effort, but she said it’s not done. Neighbors hope to have more seating, maybe a fountain in the lake and educational programs on topics such as hydrology, nature and how public and city officials can work together. She urged the public to use the new lake.

Tom Haskell was enjoying the wildlife during the speeches Thursday. He drove from his northwest Omaha home to walk his dog, a rat terrier-Chihuahua mix named Skippy, around the new lake. Haskell, 68, liked the dragonflies and flowers. He said he and Skippy won’t switch from Standing Bear Lake to Spring Lake for regular walks.

“But we’ll probably come here sometimes and see how it looks over the seasonal changes,” Haskell said.

Yajaira Gonzalez and her husband regularly circle the new lake with their German shepherd, Argo. They live near Spring Lake Park.

“We come here on walks every other day,” said Gonzalez, 22. “My husband brings his skateboard and he and Argo both go crazy. The first time we came, he jumped in the pond.”

By he, she meant the dog, not her husband.

Gonzalez grew up in South Omaha and graduated from South High and the University of Nebraska at Omaha. She eagerly awaited the completion of the lake and trail.

“I ran through here for high school cross-country,” she said. “I couldn’t wait for this to become real. I’m really happy that families have access to this.”

Mayor Jean Stothert, former City Councilman Garry Gernandt and other dignitaries are scheduled to announce today that work has been completed on the project to create a small lake as well as a wetlands with ponds and marshes where a lake used to be. It’s north of F Street and east of 20th Street, near the Spring Lake Swimming Pool.

Who is funding Joe Biden and President Trump?

Who is funding Joe Biden and President Trump?

The lake is covered in green duckweed, a sign that the water is clean.

The new lake at Spring Lake Park has been stocked with fish, but they aren't very big yet, and all fish caught must be released back into the water.