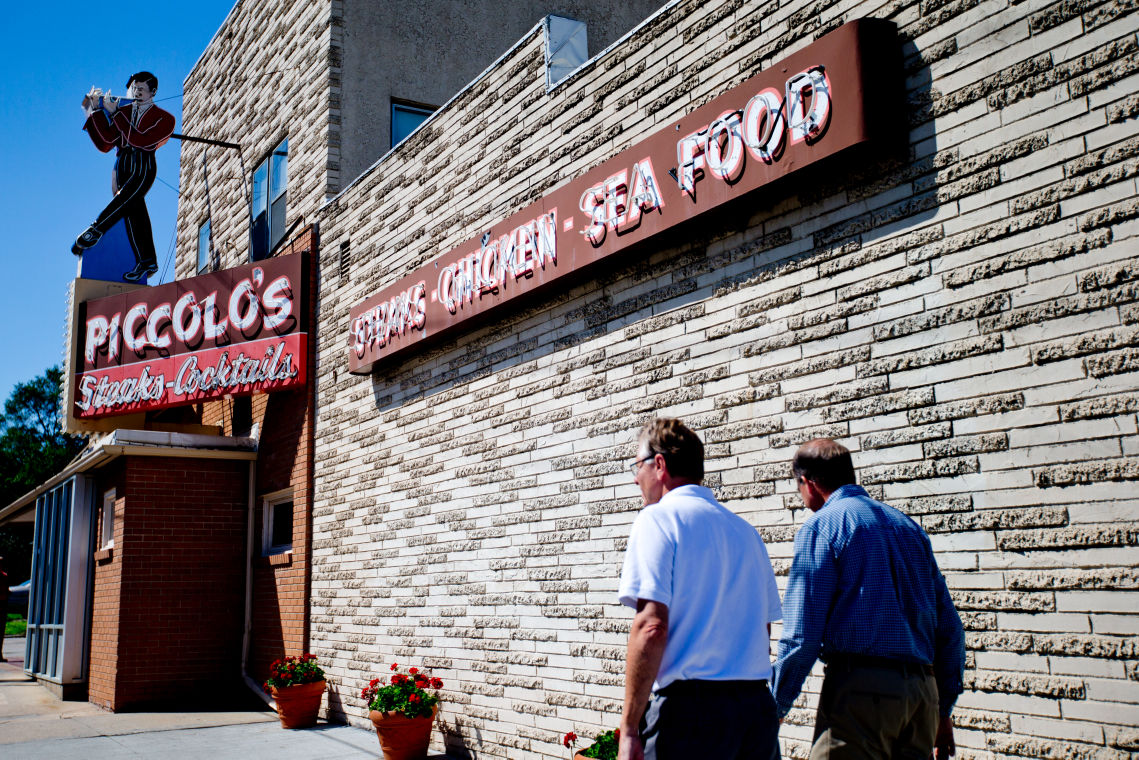 After 81 years, Piccolo’s restaurant closed its doors Thursday night. The piccolo player in the neon sign — which isn’t for sale, by the way — was inspired by a family photo. 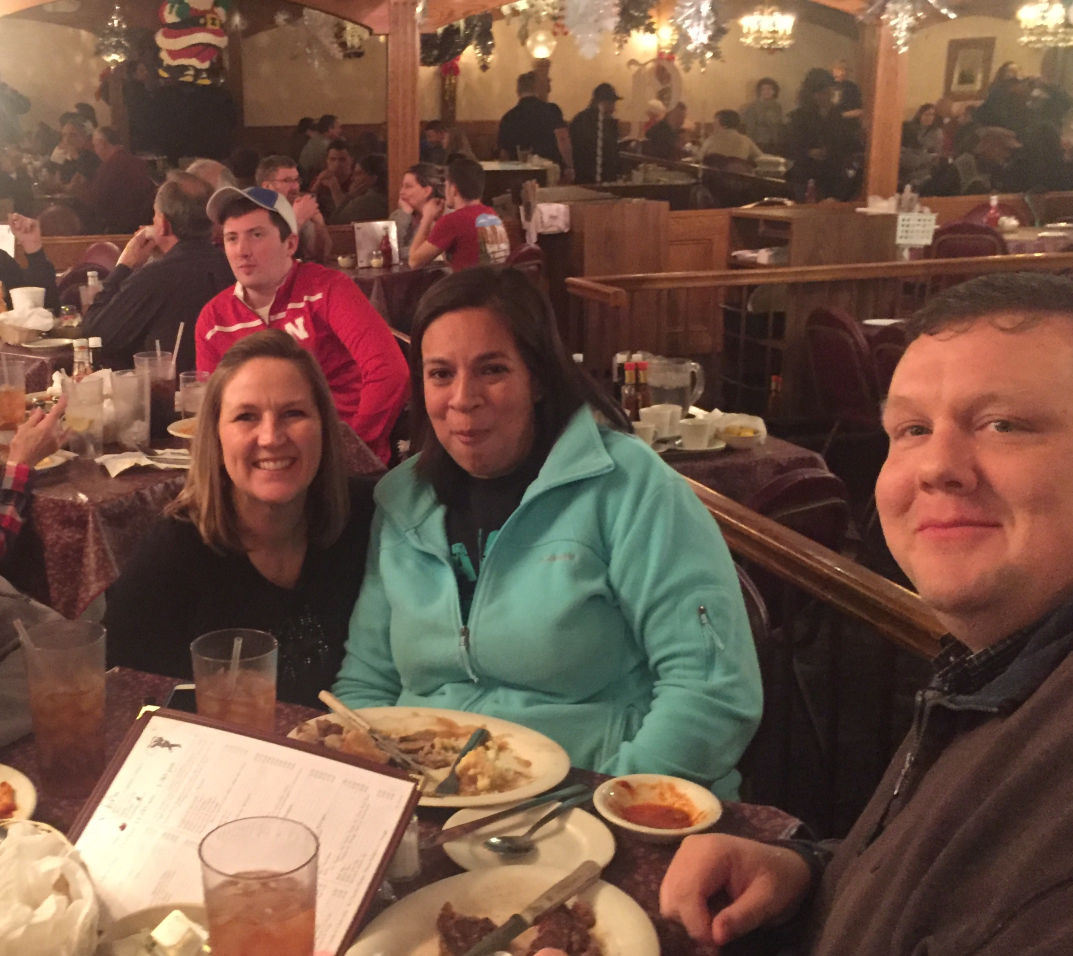 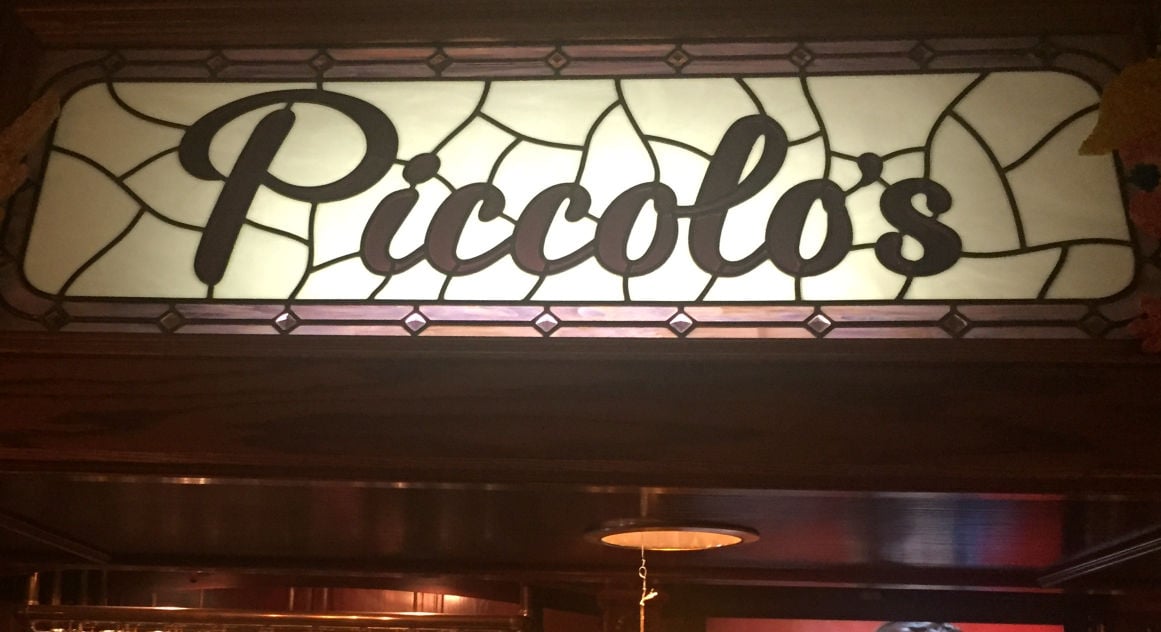 In 1922, Joseph Piccolo, 13 years removed from his native Sicily, turned a blacksmith shop into a grocery store, then a beer garden and finally, with son Anthony in charge, Piccolo Pete’s Restaurant. 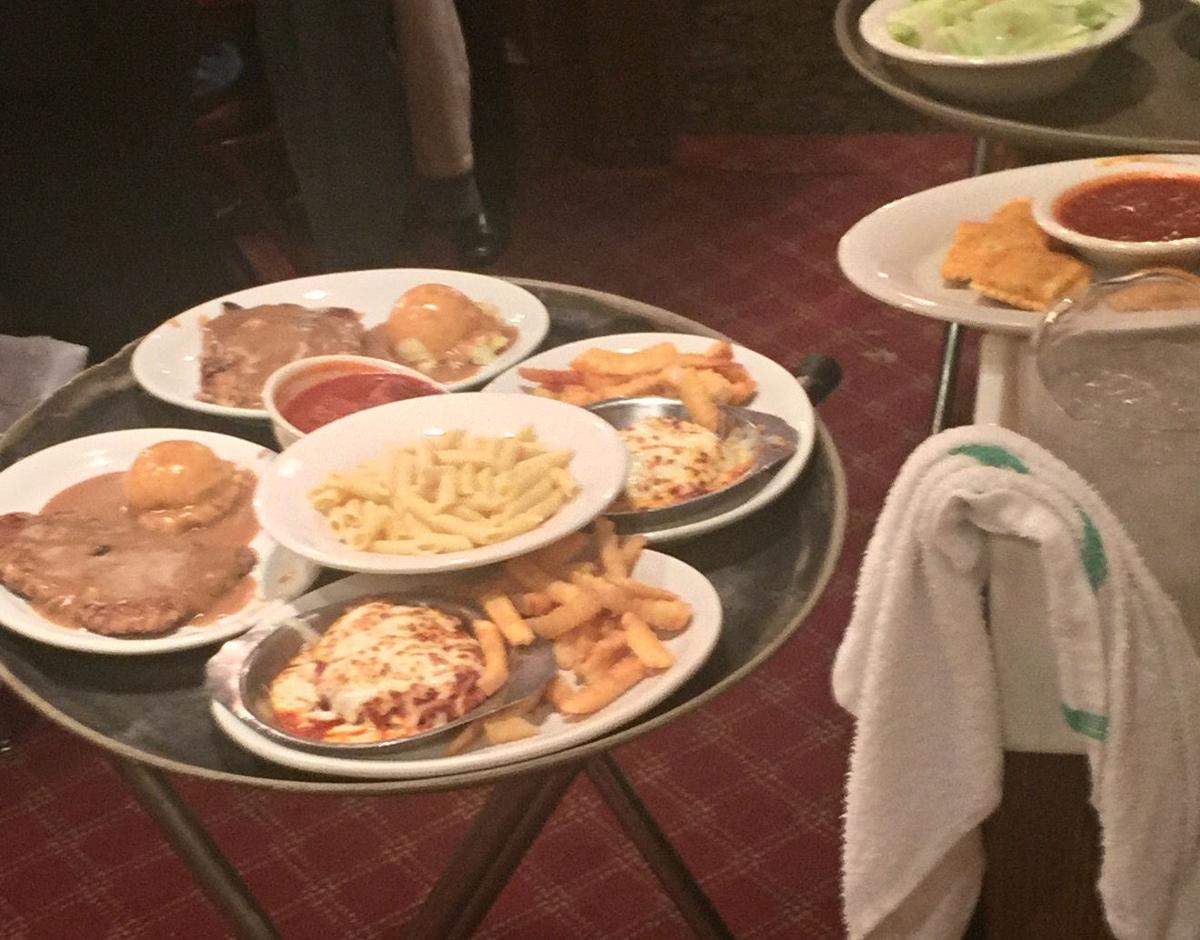 Meals ready to be served at lunch Thursday. 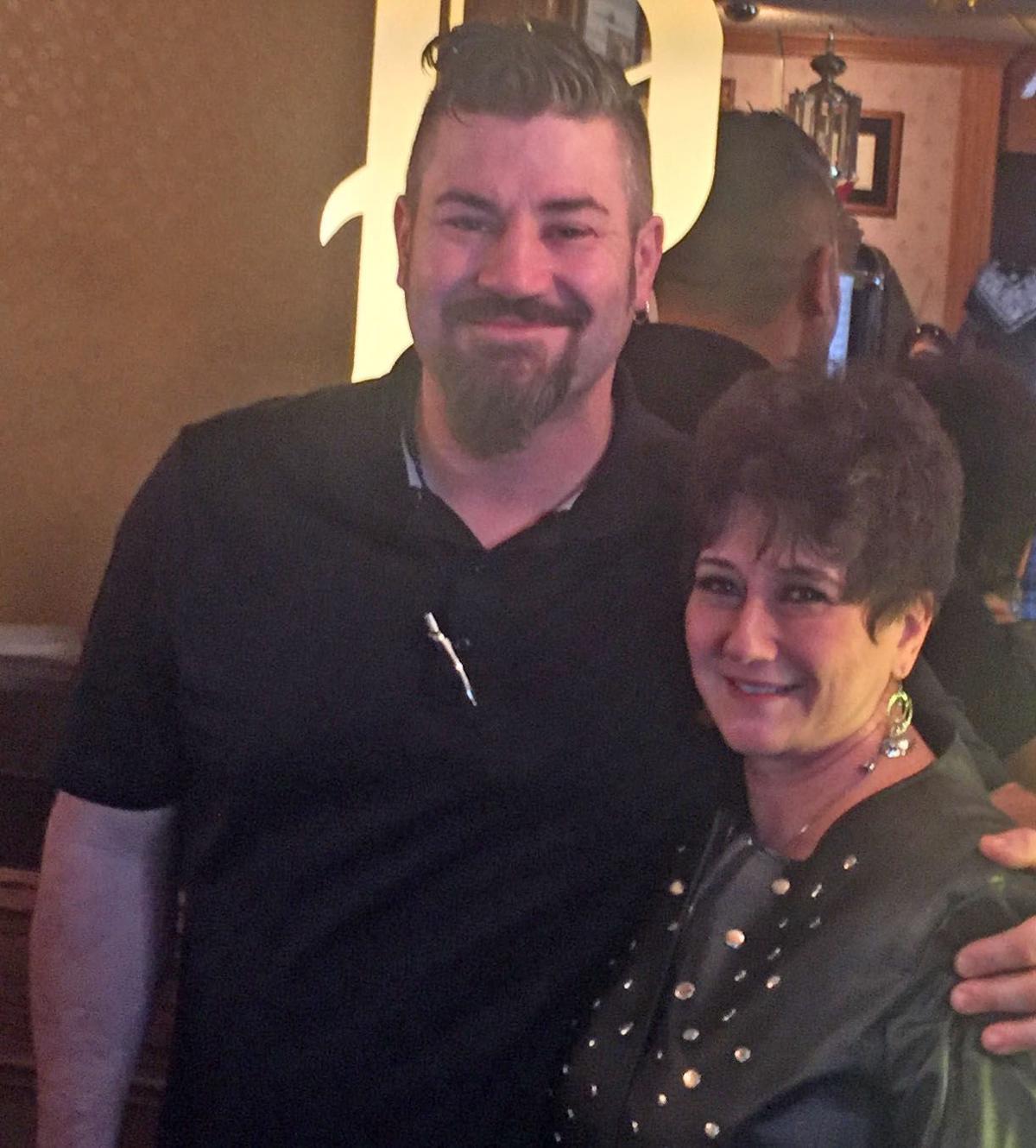 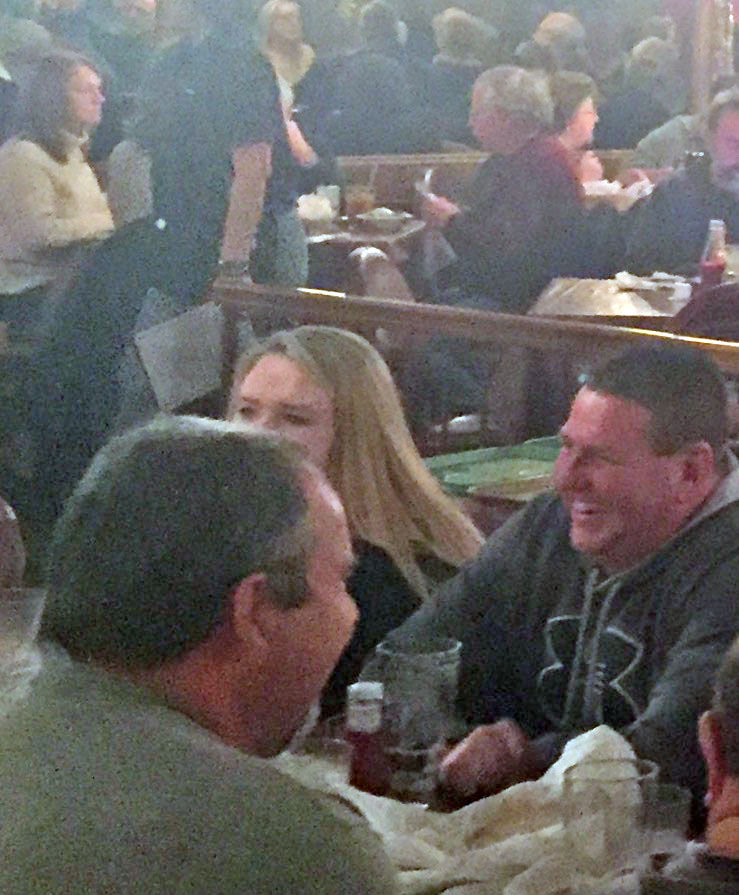 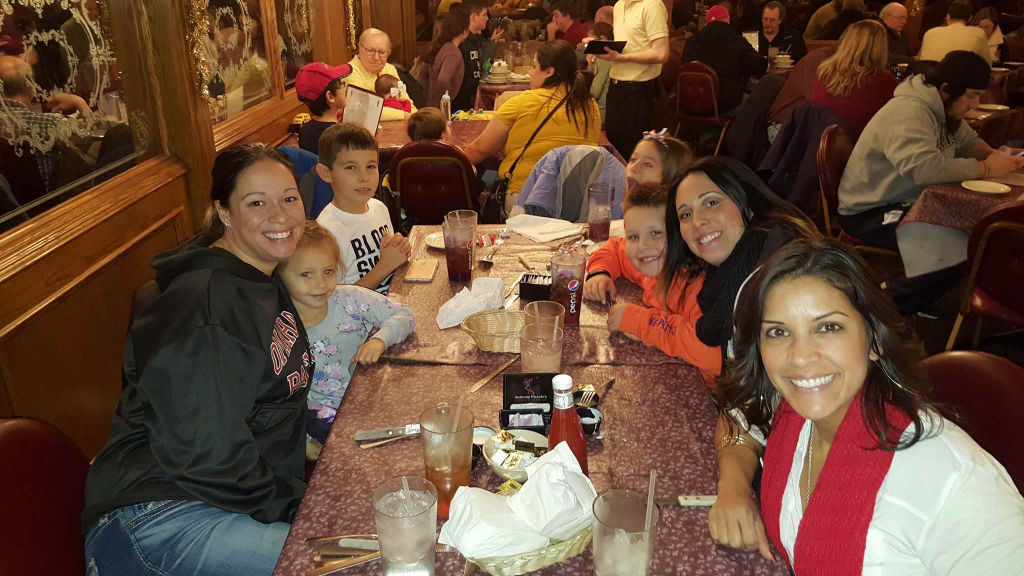 Cousins enjoy lunch with their kids Thursday, including, Stephanie Reyes, foreground with red scarf, Nicole Boyer next to Reyes and Nina Newland across the table.

The night before, the line of people waiting to get in had stretched down the block.

“I had to go out and tell them it was at least a two-hour wait,” said Donna Piccolo Sheehan, who owns the restaurant with her sister, Dee Piccolo Graves. “A lot of them stayed anyway.”

Surveying the busy restaurant, filled with so many familiar faces on Thursday, she added: “I don’t know how we’re going to get through today.”

When Joseph Piccolo arrived in Omaha in 1909 from his native Sicily, he bought an old blacksmith shop at 2202 S. 20th St. In 1922, he turned that property into a grocery store, then a beer garden and finally, with son Anthony in charge, Piccolo Pete’s Restaurant. The name later was shortened to Piccolo’s.

A family photograph of Anthony Piccolo inspired the landmark sign of a piccolo player that hangs over the restaurant’s front door.

The restaurant was to close its doors after 81 years at 10 p.m. Thursday.

The staff and their families planned to remain after the official closing for a bittersweet New Year’s Eve party complete with music, laughter and quite a few tears. Many of the employees, including waitress Ellen Augustine, have been coming to the restaurant since they were barely old enough to climb up on a chair.

“Piccolo’s got me through college and raising three daughters,” said Augustine, who teaches at South High and works part time at the restaurant. “I’ll be here right up to the bitter end tonight.”

Two of Augustine’s daughters also worked at the restaurant.

Sheehan said it was important that a party mark the end. “We said that we came in with music and we’re going out with music,” she said. “We want to do something special for our staff. They stuck it out with us since we announced the closing. They’ve gone way above and beyond anything we’ve asked of them.”

Augustine spoke while delivering wonderful-smelling plates of food to her customers. She has known some of them, like Todd and Alicia Gillespie, since childhood.

The Gillespies brought daughter Sophia, 12, and son Tyler, 17, for a farewell luncheon. They have been to the restaurant several times since the closing was announced about four months ago.

“We kind of felt like we had to come down one more time,” Alicia Gillespie said. “I went to school with Ellen, and just walking through the dining room, we always see so many (South High) alumni here. It’s like a reunion.”

Restaurant visits usually were a lot like family reunions for 68-year-old Sandy Bogema. She was there Thursday, having her favorite meal, a T-bone steak, with her daughter, Miki Theiler, and other family members.

“I’ve been coming here at least 65 years,” Bogema said. “We’ve had so many celebrations here that I can’t count. I remember we used to come every Saturday night after church.”

Sheehan predicted that customers would name prime rib as their favorite Piccolo’s specialty, and she was right. Many, however, also listed other dishes on the menu as their favorites, from spaghetti to broccoli cheese soup.

For cousins Stephanie Reyes, Nicole Boyer and Nina Newland, the choice was chicken Parmesan. They declared their undying love for that offering in unison.

Reyes, a flight attendant now living in Chicago, said she orders chicken Parmesan “all over the world,” including Italy.

“But this is the best that I’ve ever had,” Reyes said. “It’s the cheese that makes it great.”

Boyer had a small correction to her cousin’s analysis.

The fate of the building still is “up in the air,” Sheehan said. Her son, Scott Anthony Sheehan, may buy it and turn it into a catering business or an entertainment venue, she said.

He already operates a food truck called “Anthony Piccolo’s Mobile Venue,” which hit the streets of Omaha about a year ago. Sheehan said she received a number of offers to buy the restaurant’s iconic sign, but it’s not for sale.

Sheehan opened an iPhone to a recent Facebook post by her son, Todd Sheehan, that she said sums up the closing of one of Omaha’s iconic Italian steakhouses better than any words she could summon:

“Piccolo’s is so much more than a restaurant to me. Closing it feels like the death of a close family member, the loss of a multi-generational home,” he wrote. “Every aspect of my life was shaped by what we all call ‘The Restaurant.’… My fondest memories are of times spent at the restaurant.”

'That time I took a selfie with Warren Buffett and Bill Gates ...' Readers share stories of Piccolo Pete's, which closes Thursday

Eighty-one years of local tradition and business ends Thursday night. Piccolo Pete's — a restaurant renowned not only for its food, but for its atmosphere and history — will close its doors for good.

After 81 years, Piccolo’s restaurant closed its doors Thursday night. The piccolo player in the neon sign — which isn’t for sale, by the way — was inspired by a family photo.

In 1922, Joseph Piccolo, 13 years removed from his native Sicily, turned a blacksmith shop into a grocery store, then a beer garden and finally, with son Anthony in charge, Piccolo Pete’s Restaurant.

Meals ready to be served at lunch Thursday.

Cousins enjoy lunch with their kids Thursday, including, Stephanie Reyes, foreground with red scarf, Nicole Boyer next to Reyes and Nina Newland across the table.