Construction on the bus stations for Omaha’s new bus rapid transit line will start out west in a couple of weeks.

Metro announced Monday that construction will start in mid-August on the ORBT platforms, shelters and related improvements. The Weitz Co. of Omaha will be the construction company on the project.

The stations will be the first visible sign that the long-planned bus rapid transit line is coming. Metro Executive Director Curt Simon, in a statement, called the new system a “game changer for transit in our community.”

The $35 million ORBT line is due to debut next spring. It will be Omaha’s biggest mass transit investment in decades.

Details are yet to come for when construction will take place at each of the 24 new raised station platforms. Jason Rose, the transit authority’s outreach coordinator, said Metro intends for construction to start at the Westroads Transit Center and work east.

Although other work is needed at each site, the stations themselves are being built off-site by Dimensional Innovations of Overland Park, Kansas, and will be transported to Omaha. Workers will use a crane to hoist the stations into place.

Drivers along Dodge and Douglas Streets and riders of current Metro buses should take note when construction starts. Traffic lanes near the platform construction will close temporarily, and temporary bus stops will be set up in place of regular stops, Metro said. Metro also advised pedestrians to use other routes because sidewalks may be closed.

The Westroads station will build onto the existing transit center. Then ORBT will have stations on both sides of Dodge Street at 90th, 84th, 72nd, 62nd, 49th, 42nd and 33rd Streets.

The ORBT system is intended to look and function different from Metro’s regular bus system.

The buses will be orange, 60-feet-long with an accordion center, have three doors and hold an indoor bike rack. The platforms will be raised so riders can step straight on and off the bus, just like on a train.

Stations and buses will have Wi-Fi, and ticket kiosks will allow for prepaid boarding.

ORBT buses will run for 26 to 28 minutes between Westroads and downtown, making fewer stops than a regular bus and having technology to hold a green light longer. East of 30th Street, the rapid transit buses will run on a dedicated ORBT lane. During the day, a bus should arrive at a stop about every 10 minutes.

The first visible progress could appear in June as a contractor starts building 24 new raised station platforms along Dodge and Douglas Streets. The goal is to open for riders in April 2020.

As Omaha area grows, commutes are getting longer in the '20-minute city'

The Census Bureau’s latest estimate shows that Douglas County’s average travel time to work has risen to 19.3 minutes. That’s up from 18.6 minutes in the time span from 2008 to 2012.

Rapid bus service is still coming to Omaha but is running late. High-tech stations are on the way

The service promises faster travel on the Dodge Street corridor on sleek new buses that stop at high-tech stations every 10 minutes during rush hours. Metro officials now hope that ORBT will be running by the end of 2020.

Summer heat exposed problems in the new buses, which Metro expects to have fixed by next week.

You're right. Omaha-area traffic is getting worse, especially at night

After tracking more than 310 million travel miles locally, TomTom found a typical congestion level of 14% in Omaha — meaning trips around the Omaha area take 14% longer than they would without congestion.

Omaha's roads have a wide variety of stories behind how they got their names. Some are official street names, while others are commemorative s…

Motorists on 84th Street may notice a smoother commute later this year or early next year.

Grace: Bicycling to work (and back) in Omaha comes with ups and downs

This bike-commuting thing is still very vanguard for Omaha, which has a much smaller cycling commuter community than other cities where cycling is embraced and respected by motorists.

The Nebraska Department of Transportation announced Wednesday that the road work had wrapped up on the portion of West Center Road, also known as U.S. Highway 275/Nebraska Highway 92, just west of the Elkhorn River.

Omaha Bicycle Co. in Benson announces that it will close this month

The bike shop, which also sells coffee and tea, has sponsored group bike rides for years.

MUD is wrapping up a month-long utility project by UNO related to ORBT, and this week Metro will start a multi-month installation effort for the new stations.

Traffic and safety experts promote the zipper merge, saying it reduces congestion by 40 percent. But here's the problem: if not everyone does it, the system doesn't work, and people stuck in traffic end up frustrated by those who seem to be flying past them. And most Omahans definitely don't do it.

When is that light turning green? Here are Omaha's 10 busiest intersections

The Metropolitan Area Planning Agency released its latest traffic growth report for the Omaha metro area. It's full of traffic stats and rankings, including the 10 busiest intersections in Omaha.

The work marks some solid progress for an ORBT project that has been years in the making. But it also means Dodge Street drivers will experience lane closures and traffic disruption for the coming weeks.

The new bus rapid transit system that will run between Westroads Mall and downtown is scheduled to start operation this fall. The most recent goal had been an April 2020 start; the goal before that was a 2019 start. 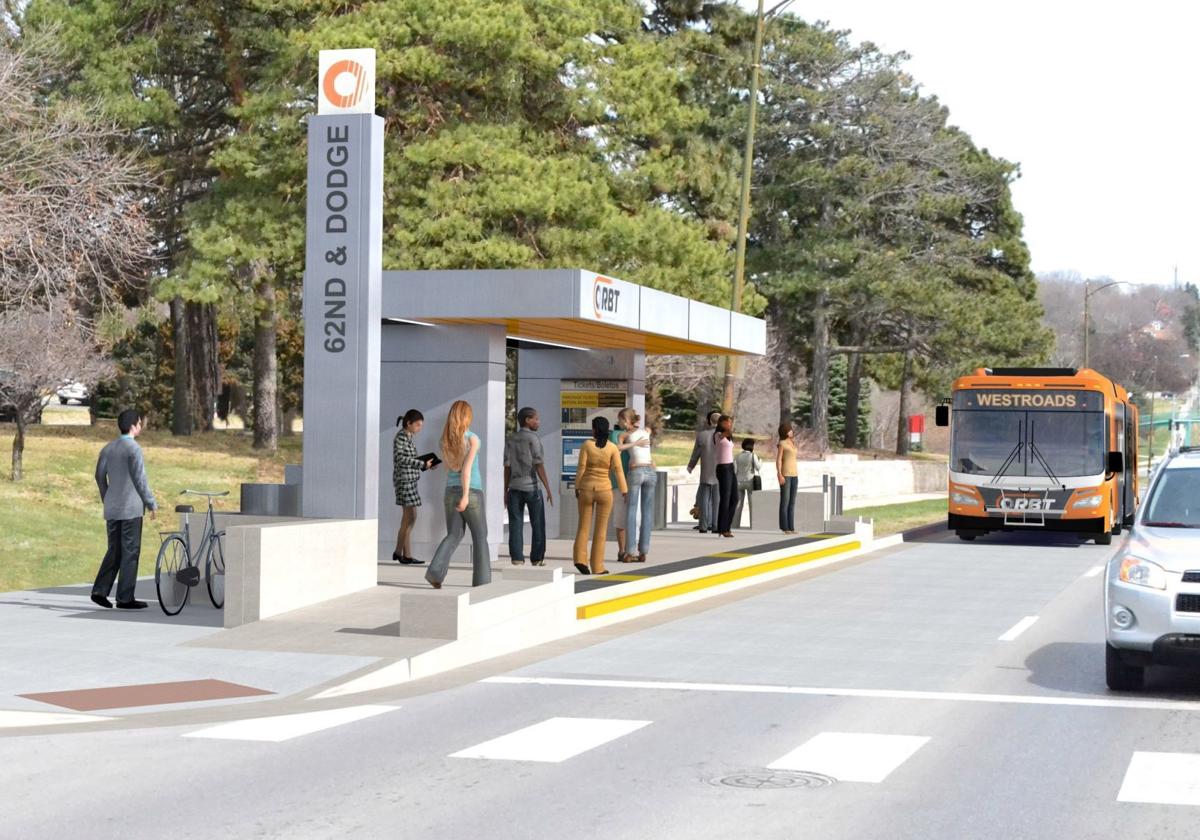 Metro starts work this week to install the new rapid bus transit stations. Installation and construction work at each of the 24 ORBT sites are expected to take at least a few weeks.