Defense attorneys said the death of baby Jasmine was horrible and never should have happened.

But they asked Sarpy County Judge Robert Wester to spare their clients jail time and instead place them on probation, where they could continue to rehabilitate and move forward.

Wester on Thursday sentenced Aaron Thompson, 28, to a year in jail and Michael Degarmo, 36, to 90 days in jail. Each received credit for one day of time served.

The sentencings in Sarpy County District Court marked the end of an emotional case that began a year ago this month.

Thompson was the legal, but not biological, father of 2-month-old Jasmine Thompson. She was placed in his care after methamphetamine was found in her system at birth.

Degarmo lived at Thompson’s house at 11810 S. 34th St. in Bellevue and cared for the infant, along with three other children.

On Dec. 21, Bellevue police were called to the house about a baby not breathing. Jasmine, a ward of the state, was pronounced dead at Nebraska Medicine-Bellevue. The cause of her death was inconclusive.

Just three days before, on Dec. 18, a worker from the Nebraska Families Collaborative had visited the house.

According to the collaborative, which provides case management services for child welfare families, the worker did not observe anything requiring a mandatory report to authorities.

On Dec. 21, authorities said, arriving officers found dirty conditions. The other children, then ages 4, 2 and 18 months, were removed. One child had an infection around a feeding tube and the others had severe diaper rashes, prosecutors have said.

In October, Wester found Thompson and Degarmo guilty of one count each of negligent child abuse, a misdemeanor. Both pleaded no contest after prosecutors dropped three other charges.

A third person involved in the case, Kristin Lary, 31, was accepted into drug court after pleading guilty to one count of felony possession of a controlled substance and four counts of misdemeanor child abuse earlier this year. She was Thompson’s girlfriend.

Thursday, Thompson’s attorney, Ann Addison-Wageman, described Thompson as an over-the-road truck driver who grew up in and out of foster care. She said he surrounded himself with the wrong people, and wasn’t home enough to see what was happening.

Ultimately, she said, he made lifestyle choices that were detrimental to himself and his children. “This shouldn’t have happened,” she said.

Degarmo’s attorney, Patricia Bramhall, said her client grew up in foster care, too. He had an 11th-grade education and hadn’t been in legal trouble since he was younger.

In fact, Bramhall said, the case worker who’d been to the house days before told her client that had it not been for him, the situation would have been much worse.

“He’s accepting he has a role in this,” Bramhall said.

Before hearing his sentence, Thompson acknowledged that what happened was “really tragic” and that he is committed to do “whatever it takes” to fight for his kids.

“I weeded out all the bad people that were involved in this,” he said. “I really have a good relationship with my kids.”

Said Degarmo: “I’m sorry for my part in it, and I feel really bad.”

Chief Deputy County Attorney Tricia Freeman said it’s “hard to define what justice looks like for Jasmine.” The men face up to a year in jail and a $1,000 fine at their sentencing in December.

Woman in house where Bellevue baby died has been accepted into drug court, is in rehab

Kristin E. Lary, 30, pleaded guilty this week in Sarpy County District Court to one count of felony possession of a controlled substance and four counts of misdemeanor child abuse. She was accepted into drug court, which lasts about two years and includes several levels.

Four felony counts of child abuse have been dropped against Kristin E. Lary, 30. She is now charged with one felony stemming from the baby's December death: possession of a controlled substance. 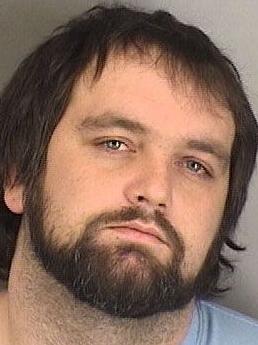 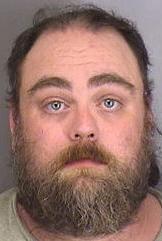