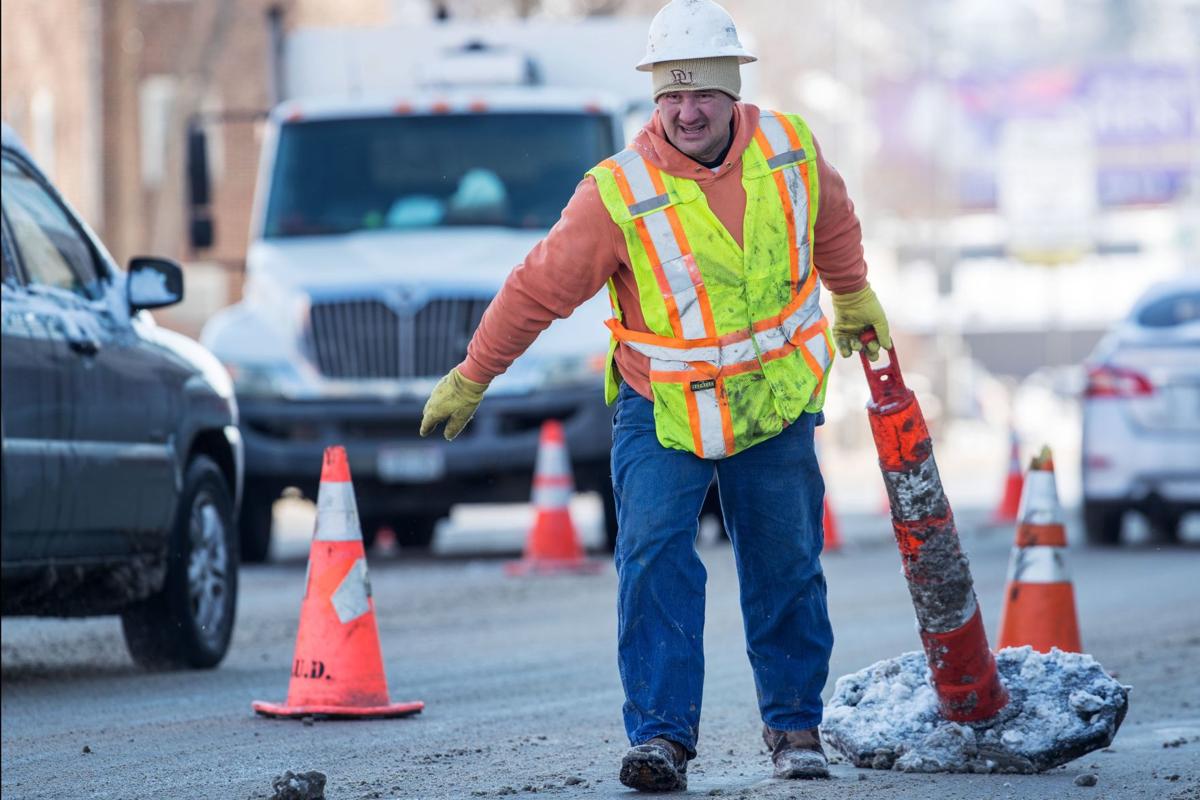 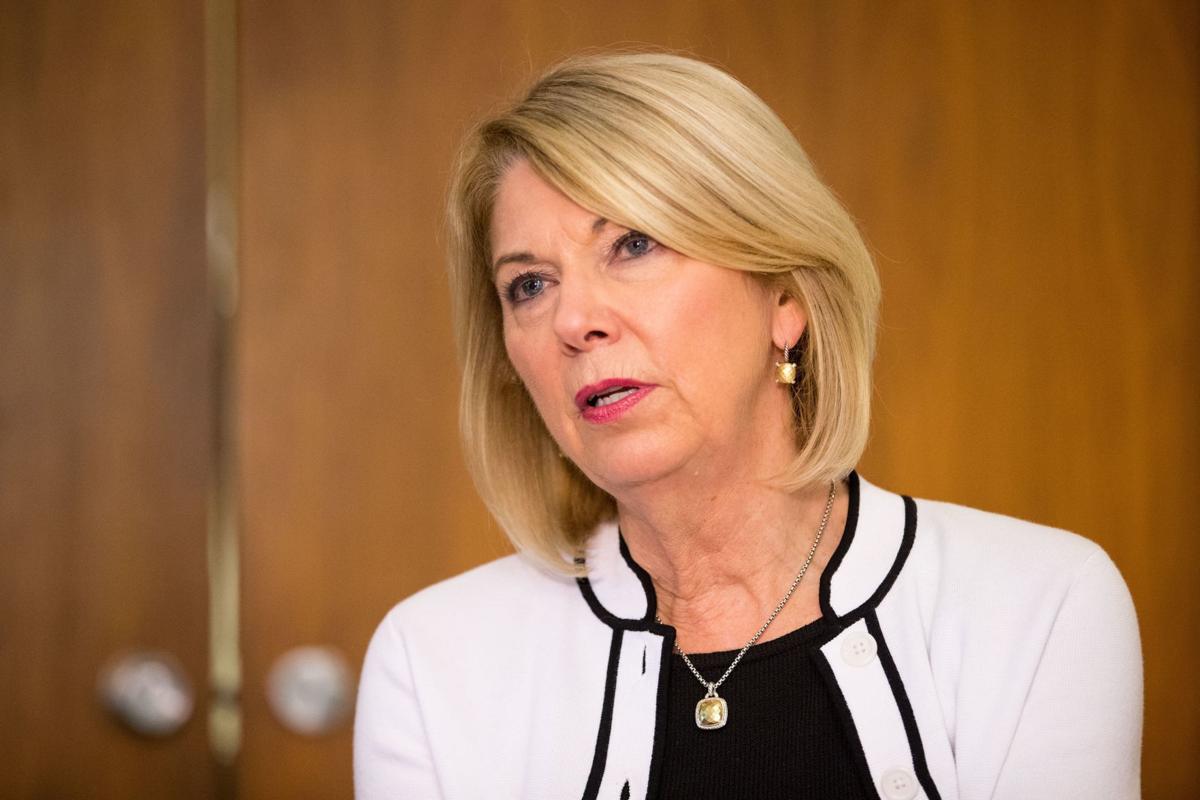 With two major transportation-related discussions advancing in Omaha — one from the Mayor’s Office, the other from the Greater Omaha Chamber of Commerce — Mayor Jean Stothert made the case Friday that street maintenance must be the top priority.

Speaking to an audience of 80 chamber members and local executives, Stothert said the conditions of Omaha streets are a fundamental issue in any transportation discussion.

“This is fundamental to everything else,” the mayor said. “You can’t talk about a streetcar or a bike lane on a street that’s full of potholes. So we have to take care of our roads first.”

This summer, Stothert has taken her case to the community, saying that Omaha needs a long-term plan to ramp up street maintenance. She’s floating the idea of a $200 million bond issue, which could go to a public vote as soon as May 2020.

At the same time, the chamber started an initiative called ConnectGO to create a “bold” transportation plan for the Omaha metro area that considers all transportation — including roads, transit, trails, bike lanes and pedestrian routes.

Exactly how the two fit together is a question underlying both of the discussions.

Stothert asked for an audience with the chamber to make her street maintenance presentation. David Brown, the chamber’s CEO, introduced her as a friend of business and a great partner in economic development.

Brown said it’s important to discuss “maintaining the stuff we’ve got already” along with thinking what the region might need “to become the kind of city that we want to become.”

Stothert faced questions about taxes (she says it would be a one-time tax increase, even if voters pass later street maintenance bonds) and perhaps going bigger (she said it’s not a bad thing to first prove to the public that the city is carrying out its plans).

A couple of people asked how the street issues fit with broader transportation issues. Can the city use Stothert’s plan to make streets not just for cars but also for better public transportation to reduce the number of vehicles using streets?

“Omaha is such a car culture,” Roger Weitz, general director of Opera Omaha and a chamber board member, said after the meeting. He asked Stothert about investments in public transit or a streetcar.

If voters are on board with a streets plan, Stothert said that would help build support for other efforts. She said she hears the most from citizens about fixing city streets.

“I hear that more than anything, is fix the roads,” Stothert said. “I’m in a parade, and people are yelling at me, ‘Fix the roads!’ ”

Stephen Osberg, the chamber’s director for transportation development, said he sees a good opportunity for the different efforts to work together by, for example, re-striping street lanes in a different way when a street is reconstructed.

Said Osberg, “To me, this is a first step toward this broader effort.”

MUD is wrapping up a month-long utility project by UNO related to ORBT, and this week Metro will start a multi-month installation effort for the new stations.

Last week, the City of Omaha released its proposed six-year capital improvement program as part of Mayor Jean Stothert’s annual budget. More than $300 million in transportation projects are budgeted over the course of the plan.

Stothert: One option to fix Omaha's streets — $200 million in bonds over five years

Stothert said she wants the public’s help in developing a long-term plan to better maintain and update streets. The mayor would like to see every lane mile resurfaced during its 20-year life span.

Bellevue City Administrator Jim Ristow said the cost to re-stripe and remove signs along Fort Crook Road is about $20,000, which will come out of the city’s general budget.

Omaha's streetcar talks start over with influential players, a pledge for detailed study

A group within the Greater Omaha Chamber of Commerce is taking a new look at the streetcar concept, even starting over examining why and how Omaha would even run a streetcar.

The first of those town hall meetings starts Tuesday in north Omaha. The last is Nov. 21 in Millard.

The departure of a key business recruiter comes as regional and state groups are pressing to attract more workers to keep up with the Omaha area's business expansion rate.

Related work by a Chamber of Commerce committee will rightly look at options to boost the city's urban center.

Months of frustration boiled over during Tuesday's City Council meeting about a lack of progress in hiring and retaining Public Works employees to fix and plow streets.

The street will close Sunday for an asphalt overlay from West Center Road to Pacific Street. The work is meant to hold over the street through winter.

'The worst street in town': See which road will get a $3.5 million makeover

The City of Omaha will undertake a $3.5 million project in 2020 to restore the brick street, improve sidewalks and realign parking along the street.

In their own words: Why some Omahans are stepping away from the car

The Omaha of today is built for people who drive. So when we heard about people trying the alternatives, we wanted to know more.

The work marks some solid progress for an ORBT project that has been years in the making. But it also means Dodge Street drivers will experience lane closures and traffic disruption for the coming weeks.

The city is showing signs that a segment of the population is taking steps away from the car — or is ready to make that move.

With crashes and traffic and frayed drivers adding up, the City of Omaha is moving forward with a plan to rebuild more than a mile of 120th Street north and south of West Maple Road.

Fauci: 'Liberating' to work with new team on virus 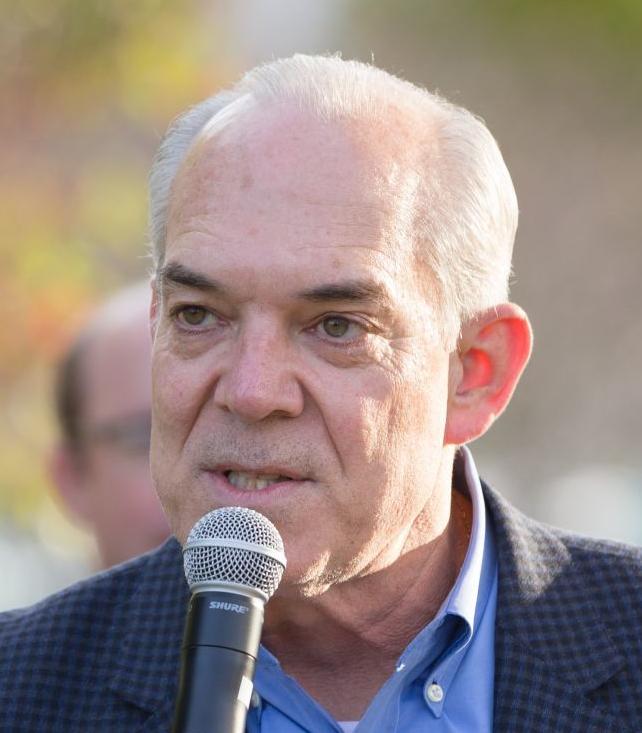