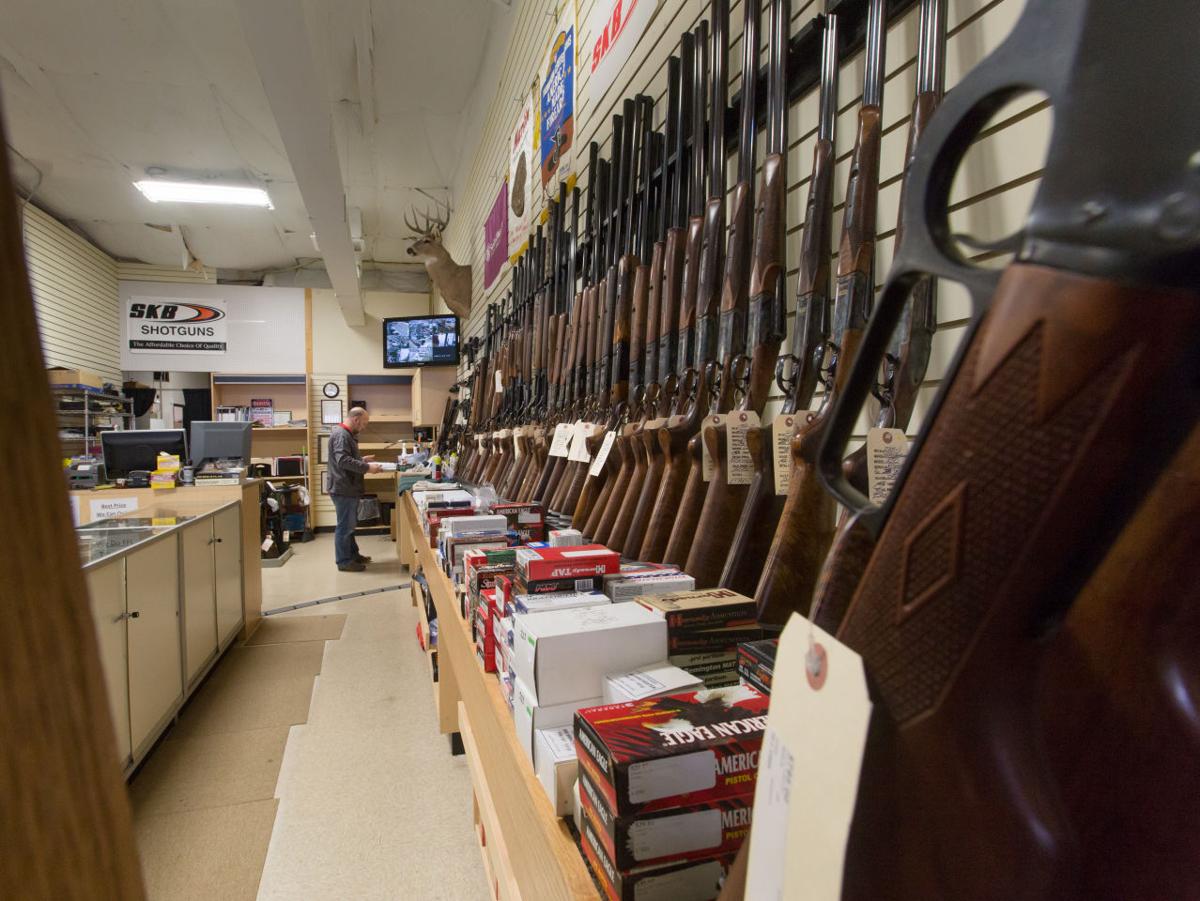 Doug Hassel, owner of Good Guys Gun and Pawn in Omaha, works behind the counter on Monday. Hassel’s business could change if the Legislature passes LB 289, which would prohibit local governments from regulating most aspects of firearm ownership — and override Omaha’s handgun ordinance.

Kyler Duncan of Omaha checks out the offerings at Good Guys Gun and Pawn.

LINCOLN — Battle lines over guns are being drawn in the Nebraska Legislature even before the opening gavel drops Wednesday on the 2016 session.

As a national debate heats up over the president’s plan to tighten gun control on the federal level, Nebraska lawmakers will consider legislation that would broaden Second Amendment rights in the state.

Leading the list of gun-related bills is one that would prohibit local governments from regulating most aspects of firearm ownership. Also on the firearms agenda: legislation that would reduce the number of gun-free zones, where holders of concealed handgun permits can’t carry their weapons.

But the bill targeting local gun regulations will probably be first up for debate because it made it through committee last session and will be designated a priority by Sen. David Schnoor of Scribner. If passed, Legislative Bill 289 would override handgun registration ordinances in Omaha and Lincoln.

Taking sides are Mayor Jean Stothert, who says the Legislature should set uniform gun laws across the state, and Council President Ben Gray, who says local officials need to retain some control over firearms.

“I don’t think we want to run the risk of passing a law that would make it more difficult for the City of Omaha to address gun violence,” Gray said this week.

“We’ve got a problem with gun violence, and I’m afraid gun registration isn’t going to solve it,” Bilek said. “We’re going to have to solve it with other means.”

Nebraska is one of eight states where local officials can enact their own gun regulations, according to Everytown for Gun Safety, a national organization that advocates for gun control. Iowa is among the 42 states with firearm pre-emption laws, so called because the state law “pre-empts” local ordinances when it comes to gun regulations.

Sen. Laura Ebke of Crete introduced the Nebraska pre-emption bill last year, and it was advanced to the floor by the Judiciary Committee. The bill would prevent local governments from regulating the ownership or possession of firearms but would still allow local restrictions on firing guns within municipal limits.

Last year, senators did not debate the bill on the floor. The measure seemed destined to languish during the coming 60-day session until Schnoor announced this week that he would make it his priority.

Gun owners traveling in Nebraska shouldn’t have to worry about violating local ordinances as they pass from city to city, Schnoor said. And those who commit gun crimes don’t bother to comply with registration rules, he added.

“Law-abiding citizens, that’s who this law is for,” he said, referring to the pre-emption bill. “This law isn’t to protect any criminals.”

Schnoor’s decision to make the bill a priority sets up a showdown with Sen. Ernie Chambers of Omaha, a longtime opponent of gun-rights legislation. Chambers promised to filibuster LB 289, which means that Schnoor will have to gather at least 33 votes to cut off debate and see if the measure can obtain at least 25 votes to advance to the second round of debate.

Everyone can say they are law-abiding until the day they commit their first crime, Chambers said.

“I will fight that atrocity tooth and nail, or fang and claw,” he said.

Gun-rights advocates say they are unsure just how many cities and villages in Nebraska have local firearms rules on the books. They most strongly oppose the handgun registration ordinances in the state’s two biggest cities, said Rod Moeller of Omaha, president of the Nebraska Firearms Owners Association.

Both registration ordinances require those who purchase handguns to pass what amounts to a local background check on top of checks mandated by federal law, Moeller said. And in the case of Omaha, the ordinance gives police the right to confiscate an otherwise legally purchased gun if a buyer has a misdemeanor drug possession conviction.

“We’re talking about rights, not privileges,” Moeller said. “For you to tell me I’m not allowed to exercise a right, that’s pretty severe.”

Under existing state law, gun owners who obtain concealed-carry permits do not have to register their guns with the city.

Amanda Gailey of Lincoln, president of Nebraskans Against Gun Violence, said she considers the pre-emption bill a threat to those who want to tailor gun policies for their communities. What works for Ogallala isn’t necessarily what’s best for Omaha, she argued.

“What they really want is the total dismantlement of gun regulation in this state,” Gailey said.

Members of the Omaha City Council did not testify during last year’s public hearing on the bill. But along with Gray, City Council members Pete Festersen and Garry Gernandt said they oppose the bill. “Why take away a tool that we fought so hard to get?” said Gernandt, a former police officer. “I can see bad guys jumping for joy.”

He said he would probably write a letter of opposition to legislators. Festersen said he’d rather see the Legislature focus on a proposal to ban the use of a fake or toy gun while committing a crime. Sen. Bob Krist of Omaha introduced such a bill last year, but it remains in committee.

Council member Aimee Melton said she supports the pre-emption proposal because it makes sense to have the rules consistent across the state.

City officials in Lincoln declined comment about the bill Tuesday. They did not testify at last year’s public hearing.

Tom Mumgaard, Omaha’s interim city prosecutor, said those passing through Omaha with an unregistered handgun would technically violate the ordinance. If convicted, they would face a maximum penalty of six months in jail and a $500 fine.

Omaha police aren’t looking to arrest responsible gun owners, but they do confiscate unregistered guns after stopping people for committing other crimes, Mumgaard said. If the criminal stole the gun and it was registered, police can and will return it to the owner, the prosecutor added.

It was unclear Tuesday how often the city prosecutes violations of the ordinance or how many gun owners are registered with the city.

Among the new bills to be introduced during the first 10 days of the session is a proposal by Sen. Tommy Garrett of Bellevue to end the ban on legal concealed handguns on college campuses and at schools, churches and other public places. Garrett argues that mass shooters target gun-free zones and his proposal would allow members of the public to better protect themselves.

The bill will go before the Judiciary Committee, which includes both Ebke and Chambers as members.

The debate about COVID-19 vaccine passports

The debate about COVID-19 vaccine passports

The bill would give the Legislature final say on any gun regulations except those related to discharge of a firearm within the city limits.

'We need to feel the fierce urgency of now': Obama's gun measures include steps to expand background checks

At the centerpiece of Obama’s plan is a more sweeping definition of gun dealers. Under current law, only federally licensed gun dealers must conduct background checks on buyers. But at gun shows, websites and flea markets, sellers often skirt that requirement by declining to register as licensed dealers.

Doug Hassel, owner of Good Guys Gun and Pawn in Omaha, works behind the counter on Monday. Hassel’s business could change if the Legislature passes LB 289, which would prohibit local governments from regulating most aspects of firearm ownership — and override Omaha’s handgun ordinance.

Kyler Duncan of Omaha checks out the offerings at Good Guys Gun and Pawn. 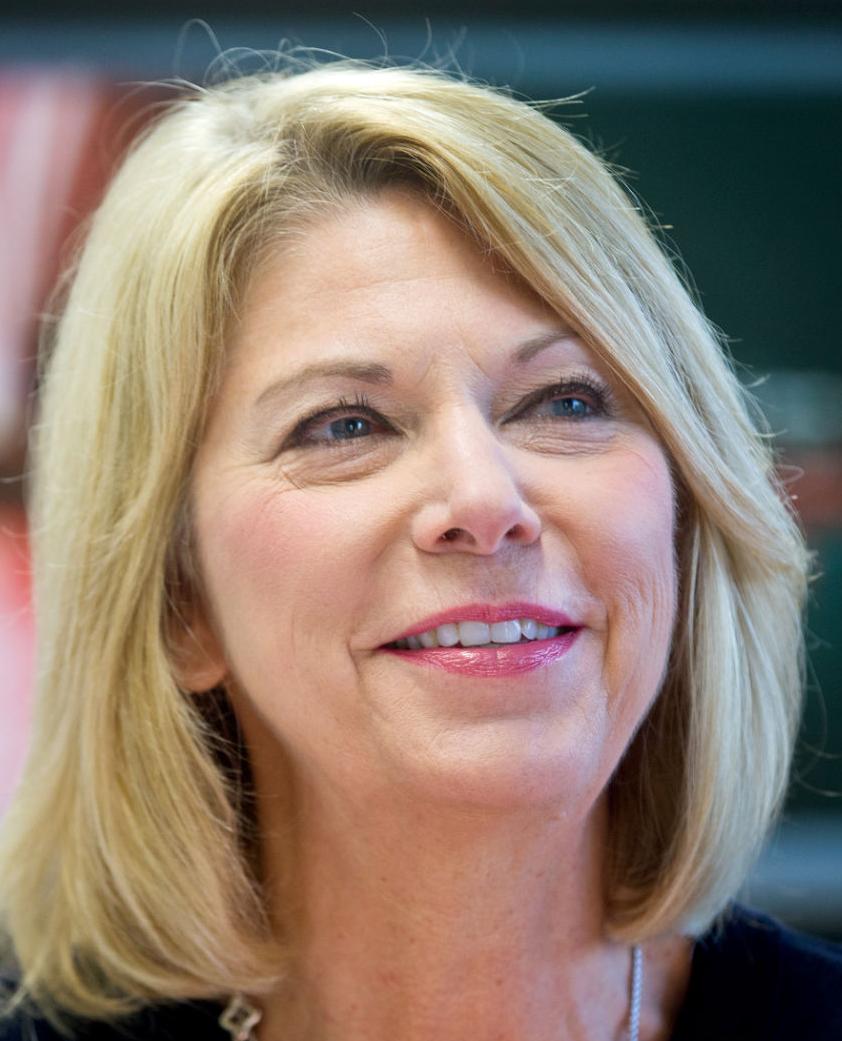 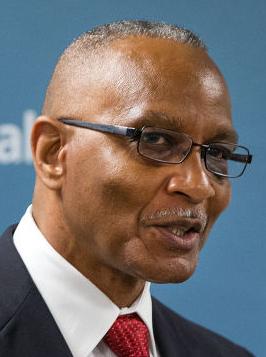