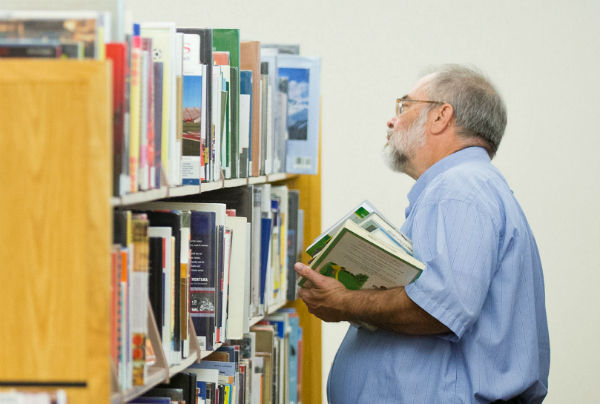 Ron Flinn browses the stacks at the Millard Branch of the Omaha Public Library. The most popular books at Omaha’s public libraries have wait times of up to nine months. 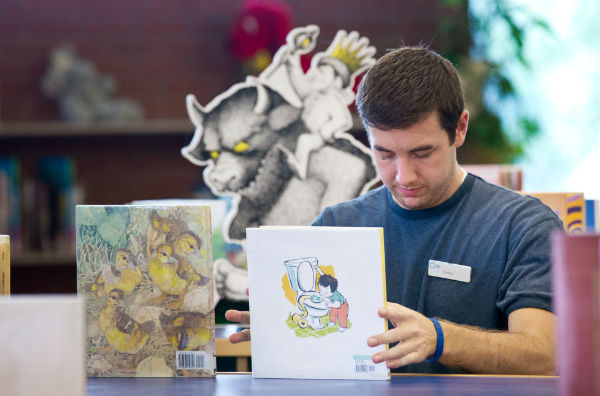 If you’ve been patiently waiting for a library copy of a best-seller like “The Fault in Our Stars,” the City of Omaha’s proposed budget for next year might come with some bad news.

The plan headed to the City Council for a public hearing Tuesday comes with a cut for the city’s libraries; the department’s $13.1 million budget is down about 5 percent from last year.

To avoid cutting staff or library hours, officials have plans to reduce the library’s materials budget — which means fewer opportunities to buy new books, e-books, DVDs and other materials, and longer wait times for some of the most popular titles.

Gary Wasdin, the Omaha Public Library’s executive director, said he’s glad the library has been able to avoid slashing hours as the city looks to keep its budget in check. But he said the city’s libraries remain as popular as ever, the cost of materials is on the rise and the effect of the cuts will likely be felt by users.

After calculating the budget cut and the expected increase in the cost of books and other materials, Wasdin said the library will buy 15 percent to 20 percent fewer items than this year.

“With that large of a reduction in spending, clearly we’ll buy fewer items, and fewer items is definitely going to mean longer waits,” he said.

Already, the wait for some popular titles can stretch out over eight or nine months.

A report prepared for the library board in May showed that there were 97 items with more than 50 people on the waiting list. At that point, the popular young adult novel “The Fault in Our Stars” had 358 people waiting for the 90 copies the library owns. Three months later, there are 338 people on the list.

In 2013 that amounted to materials spending of about $4 per capita among the people within the library system’s boundaries. A report Wasdin provided to the City Council last week shows that that’s below nearly all of the cities on a list of comparable library systems, along with its total funding per capita. While libraries in Seattle, St. Louis and Columbus, Ohio, have total funding that amounts to more than $78 per person, Omaha has about $27 per person.

Councilman Ben Gray, who said he plans to argue to restore more funding to Omaha’s libraries, said that’s a problem. He said a discussion about the library’s funding during a council budget meeting last week was alarming.

“What they talked about in there, which is of great concern to me, is that we have a library system that is not keeping pace with other major cities’,” he said.

Gray said he opposes Mayor Jean Stothert’s proposed property tax reduction in part because he thinks the city needs the money for the library, among other departments.

Stothert said she provided a budget target, but Wasdin and his staff can decide where to cut. If reducing spending on materials is too big of a burden, she said, he can find a different way to shave the money from his budget.

“We listened to what the community wants in their libraries,” she said. “We are trying to run it very lean and efficiently. The main priority was to keep all the libraries open and their hours (maintained).”

The mayor said some of the issues with long wait times could be solved by overhauling the checkout system. Currently, the amount of time library patrons can keep materials depends on the type and popularity of what they’re checking out.

Other council members said it’s clear that the city will need to lean harder on private funding sources to fill in the gaps at the library.

“I think our libraries should be a priority,” Council President Pete Festersen said. “Materials matter, and we need to keep a strong city commitment when we’re seeking private partnerships at the same time.”

While the wait times are a significant concern, Wasdin said they reveal something positive about Omaha: Books remain in high demand.

“The good news is people who don’t think people read anymore are sadly mistaken,” he said.

An additional 10 people at the hearing asked the council to find room in the budget to support the Great Plains Black History Museum. Supporters said the museum, once located at 22nd and Lake Streets and temporarily housed at Crossroads Mall, needs help to attract visitors — and to restore its original building.

Omaha City Council likely to restore some funds for libraries, but other budget vetoes expected to stand

On Thursday, Mayor Jean Stothert vetoed nearly every change the City Council made to her proposed city budget. Along with the library funding, she nixed funding for a bicycle-pedestrian coordinator, the Great Plains Black History Museum and a sustainability coordinator.

Gary Wasdin had previously told the Library Board that he had been offered a job with the King County Library System, which is the home of Seattle.

Ron Flinn browses the stacks at the Millard Branch of the Omaha Public Library. The most popular books at Omaha’s public libraries have wait times of up to nine months.