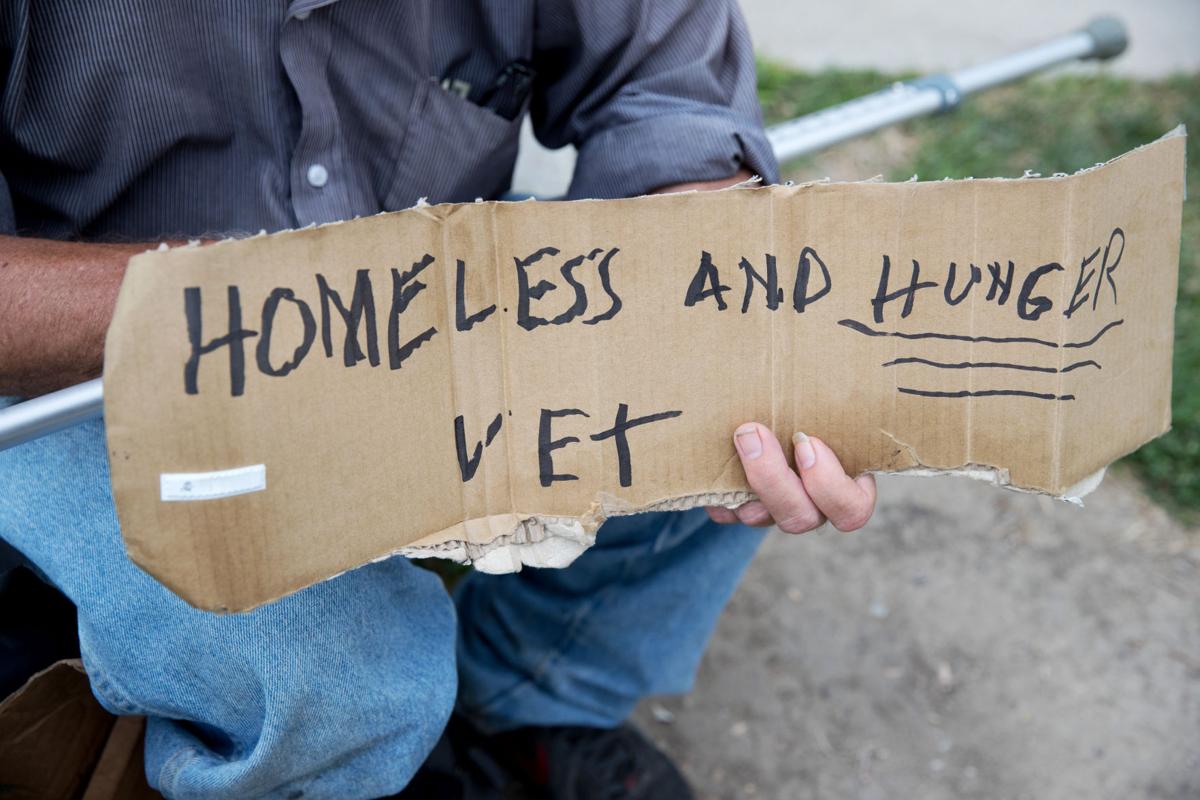 John Rush’s pitch to drivers: He’s a homeless and hungry veteran. He said he panhandles for money to cover what his Social Security benefits won’t. 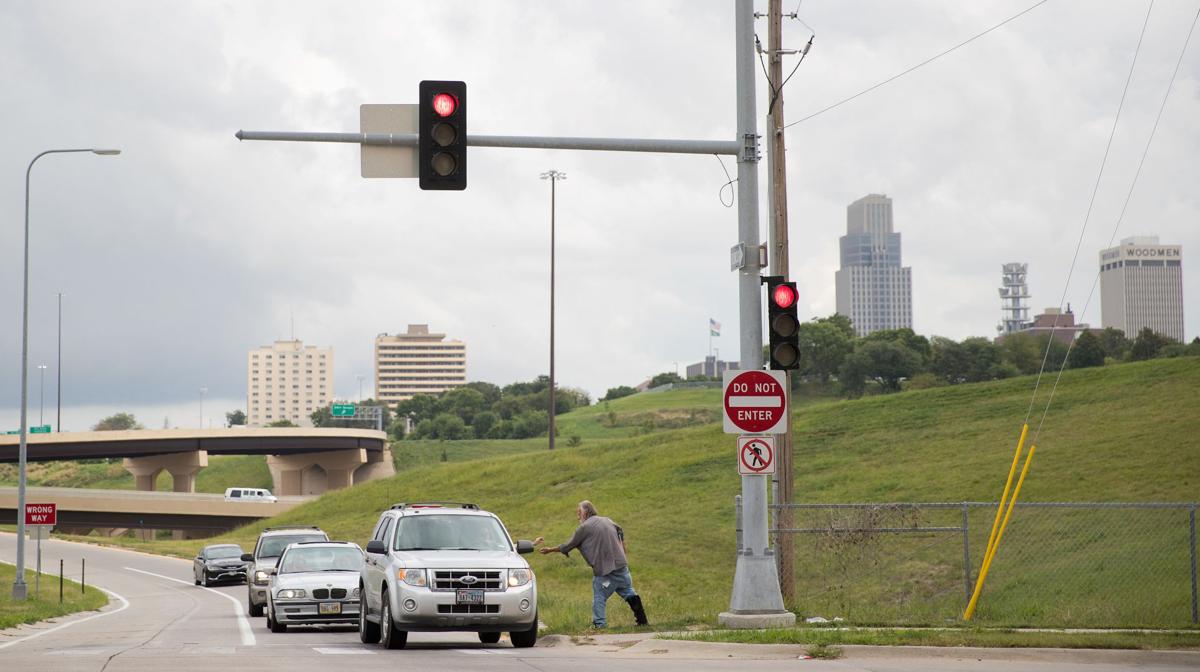 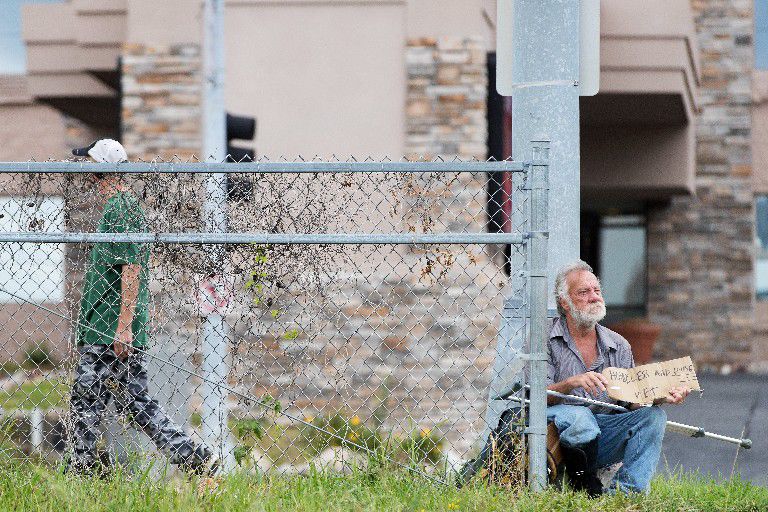 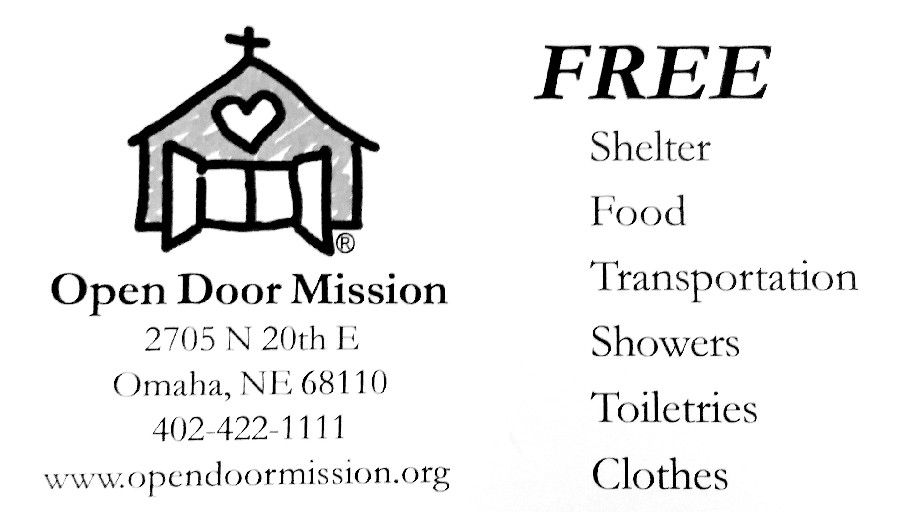 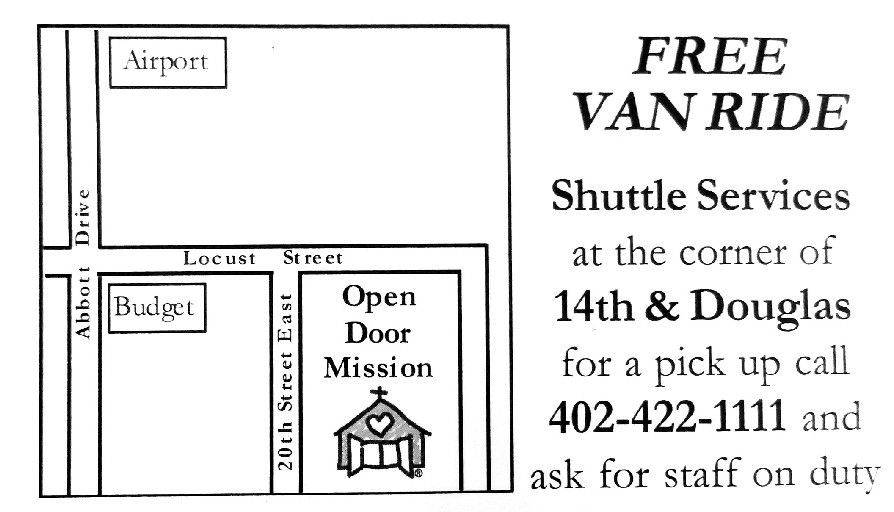 John Rush knows he can’t knock on car windows to ask those inside for money.

Going to jail or paying a fine if convicted under the City of Omaha’s aggressive panhandling ordinance would make his life worse.

Most days, the 63-year-old patiently holds a sign that says he’s a homeless and hungry veteran, and he waits until someone offers spare change or a dollar. Last week, he sat at the corner of 30th Street and the off-ramp from the North Freeway.

Eight months after the City Council overhauled its panhandling ordinance, city leaders say the law is working by preventing intrusive begging without infringing on panhandlers’ constitutional rights. But the ordinance doesn’t appear to have reduced the number of people panhandling in Omaha.

The number of panhandling calls that Omaha police have responded to this year has plummeted because of the ordinance change — 911 dispatchers now pass along calls only if a panhandler is deemed aggressive.

And it’s impossible to know whether the actual number of panhandlers has changed over the years because law-abiding panhandlers are not tracked, Deputy Police Chief David Baker said. But anecdotally, Baker said he thinks the number has increased. Observations from drivers in all parts of the city line up with his assessment.

Soliciting money is legal if done on public property and not in a threatening manner, the U.S. Supreme Court has said.

Yet officials continue to discourage handing money to those in need on the street. They say it’s better to pass along information on organizations that can offer food and shelter services.

Before December, Omaha had a panhandling ordinance that said people wanting to solicit money — other than a religious organization or a charity — had to obtain written permission from the police chief.

The America Civil Liberties Union threatened to sue over the ordinance, saying it violated the First Amendment, so council members voted in December to restrict only “aggressive” panhandling.

According to the current ordinance, a panhandler cannot be near an ATM machine, touch or block the path of a person, repeatedly request money or commit other nuisances.

From May 1 to July 31 this year, police have responded to 20 calls of aggressive panhandling. In the same period last year, 220 panhandling-related incidents were reported.

Baker said this year, fewer than five people have been arrested for aggressive panhandling.

“I think we’re doing the right thing by making sure that officers only go out to those extreme calls,” City Council President Ben Gray said.

Lincoln’s ordinance also restricts aggressive solicitation of money, but it further restricts panhandling — it does not allow panhandling to people in vehicles that are parked or stopped on streets, at a bus stop, in public transportation or at a sidewalk patio of a restaurant. Panhandlers must act alone because it is unlawful to be in a group of two or more.

Candace Gregory, president and CEO of the Open Door Mission, said people who give money to panhandlers often are helping support an addiction to drugs or alcohol.

Instead, the shelter passes out business card-sized “compassion cards” for people to give panhandlers. The cards say the Open Door Mission offers free shelter, food, transportation, clothes and toiletries and will pick people up at 14th and Douglas Streets.

Gregory suggests giving the cards to panhandlers along with a bottle of water or snack. Residents can pick up the business cards at 2828 N. 23rd St., at any of the mission’s four family outreach donation centers or request for them to be mailed at opendoormission.org.

“It’s a hand up instead of a handout,” Gregory said.

Motorist Ann Eastman of La Vista said she thinks she has seen more panhandlers this summer than before at busy intersections. She works near Westroads Mall and sees a group of panhandlers who “have a system” and trade off shifts.

But she said no panhandler has ever been aggressive toward her.

For his part, Rush said he does not drink or use drugs. He uses the panhandling money for food and lodging because his $450 per month from Social Security isn’t enough for him to cover basic needs.

He was ticketed for soliciting funds in 2014 but has not been cited under the new aggressive-panhandling ordinance.

“Until people stop giving them money, they’re going to continue to do it,” Baker said. “The people who give money mean well, but they’re essentially being scammed.”

The mayor is proposing an ordinance because of what she says is a growing number of complaints about panhandlers and other people in medians. Unlike a previously shelved proposed ordinance, this one would not target panhandling specifically.

Fire ants survive floods by turning into a raft

What we can learn from Covid-19 for the climate crisis

What we can learn from Covid-19 for the climate crisis

How climate change is threatening Greenland

How climate change is threatening Greenland

BioNTech CEO on vaccine approval: It's the start of the end of the pandemic

BioNTech CEO on vaccine approval: It's the start of the end of the pandemic

John Rush’s pitch to drivers: He’s a homeless and hungry veteran. He said he panhandles for money to cover what his Social Security benefits won’t.