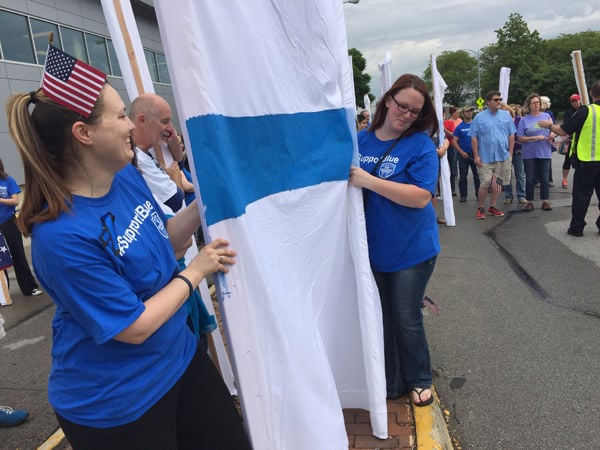 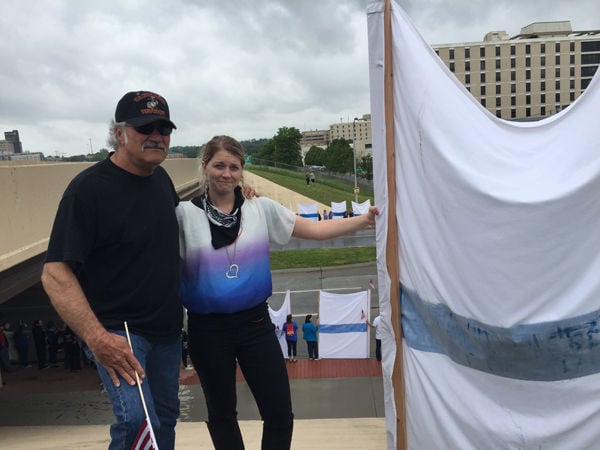 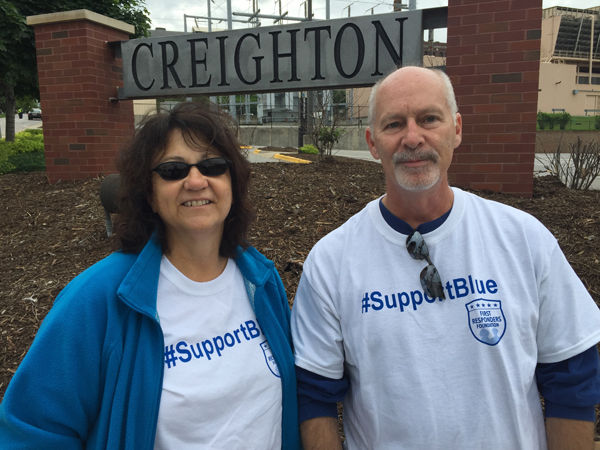 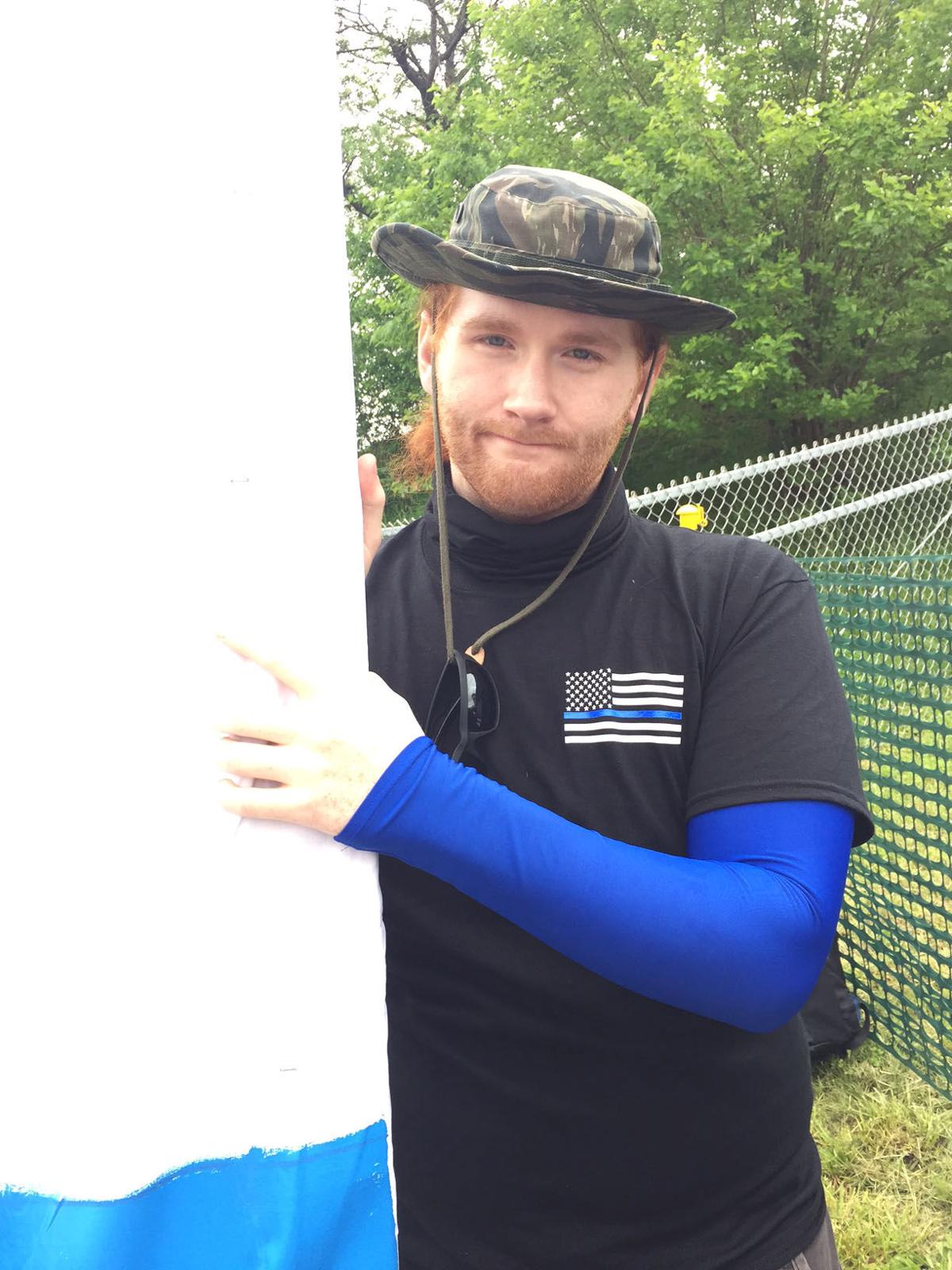 Hundreds of supporters came to the funeral of slain Omaha Police Officer Kerrie Orozco to shield mourners from a handful of protesters Tuesday.

Wearing blue, about a hundred people arrived early at 24th and Cuming Streets, where the protesters intended to meet.

About 9 a.m., the supporters moved south to Cass Street, where they were joined by hundreds more, including a large group from the Patriot Guard.

There they unfurled large white sheets with blue lines across them.

The protesters, from Westboro Baptist Church, set up near Interstate 480, so supporters moved to a hill to block them from view.

Kate Kielion of Omaha, the daughter of a retired Omaha police captain, organized the sheet-making.

“Everybody just came together,” said Kielion, 33. “Everybody wanted to help. Our purpose was to hide the hate and show the love, and that’s what happened.”

Kielion said businesses and community members donated the materials, and she said about 1,000 people signed up on Facebook to participate.

Jen Raker, who worked with Orozco before she joined the Omaha Police Department, stood near the intersection holding a sheet to honor her friend.

Eventually, the crowd of supporters grew to line the east side of 24th Street along the three blocks from Cass to Burt Streets, holding flags and watching the funeral procession.

About 20 minutes before the 11 a.m. funeral was to start, the five protesters left.

When Josh Swafford heard that the Kansas church might show up at the funeral to picket, he wanted to help prevent the family from seeing the protest. With another friend, he found the Facebook group asking people to hold white sheets to block the protesters.

“We’re all in this together,” said Swafford, 26, of Omaha. “Everyone should be able to grieve in peace.”

Lynette Nolan, 25, and her father, Joe Nolan, 59, both of Plattsmouth, held sheets near the top of the hill, just in front of the protesters.

They came to Omaha with the Patriot Guard because “it’s just the right thing to do,” they said.

“I might not know Kerrie, but we are all human,” said Lynette. “Nobody deserves that.”

Kristina Scheib of Omaha, among the crowd of supporters standing on 24th Street, said she was glad the protesters left.

“That’s not what Jesus was about,” she said.

Kielion said she was glad so many people came to help.

“Without the community involvement, this would not have happened,” she said. “It was all them.”

Solemn tributes for Kerrie Orozco at services, on streets

Donning blue and holding American flags, many in the crowd had ties to the police community. Others said they simply came to show support for law enforcement and Orozco’s family.

'I am proud the entire nation got to know Kerrie': A final, tearful farewell to fallen Omaha police officer

The people of Omaha and law officers from across the nation gave Omaha Police Officer Kerrie Orozco a farewell Tuesday that was all at once public and personal, scripted and spontaneous, lingering and yet, like her life, over way too soon.

Remembering Kerrie Orozco: A compilation of The World-Herald's coverage of the Omaha police officer's life and legacy