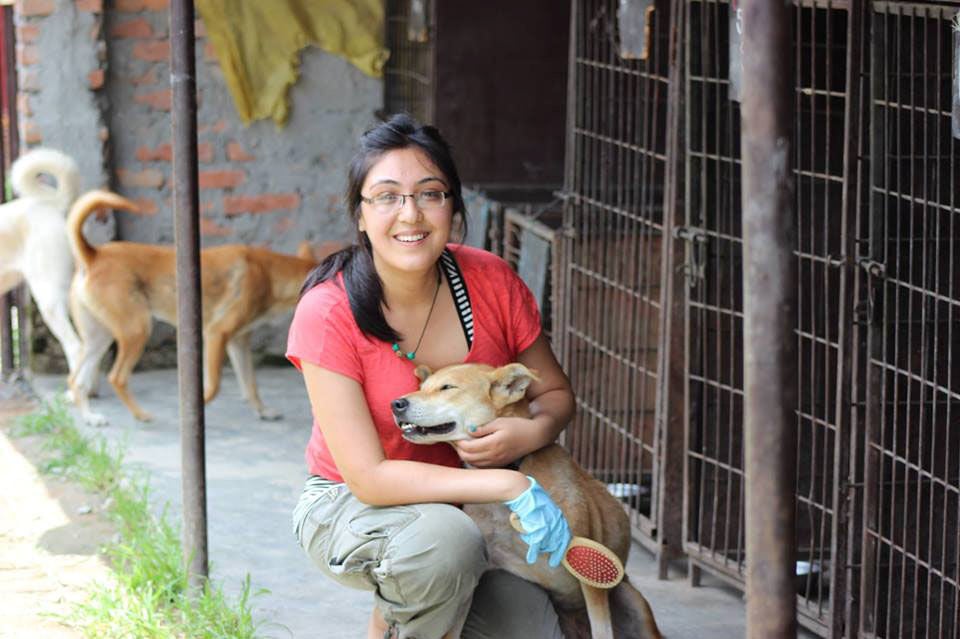 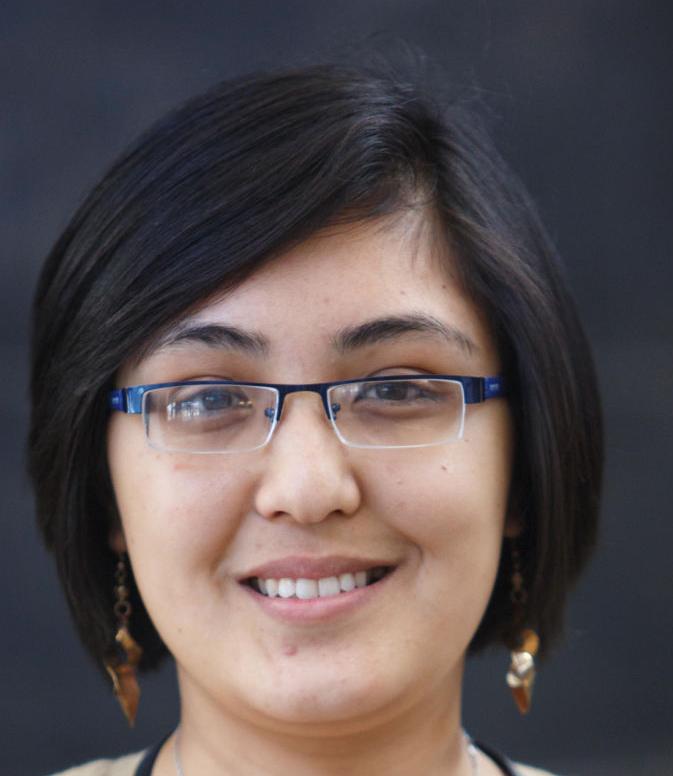 Angeela Shrestha was on the phone with her mother in Nepal on Saturday when the line went dead.

At first, the 26-year-old University of Nebraska at Omaha graduate student assumed her mom would call back immediately.

As she waited, though, she saw the news on Facebook: A magnitude-7.8 earthquake had hit her hometown of Kathmandu, Nepal’s capital.

It was hours before she was able to get through to her parents and confirm that they were not harmed. She would later learn, however, that her uncle died when a temple collapsed on him.

Now Shrestha is turning her attention to what she can do to help. She leaves Monday on a previously scheduled trip to Nepal, where she will spend the summer on a project she planned to care for that country’s stray dogs.

She also plans to assist friends who are helping earthquake survivors in remote areas in Nepal — particularly by providing clean water.

Shrestha, who is working on a master’s degree in communication at UNO, came up with the idea of helping stray dogs after working in an animal shelter in Nepal last summer.

She submitted her plan to the Clinton Global Initiative University in December. The group accepted it and assigned two mentors to provide guidance. She is accepting donations on a gofundme.com page to pay for educational materials and supplies, such as medicine, veterinary care and dog food.

Shrestha will focus her work in Kathmandu, where the number of street dogs has been estimated at more than 25,000. Many of them are sick and injured.

Shrestha said she used to be afraid of dogs. But she said that changed when she bought a puppy with her brother for her mom’s birthday 2½ years ago.

That, she said, is when she began to notice how street dogs in Kathmandu were treated.

After she saw a Facebook video of Nepali police killing a dog for no apparent reason, Shrestha decided to devote herself to promoting animal welfare education. Eventually she would like to see this become part of the school curriculum in Nepal.

Because of the earthquake, she now will initially focus on working with veterinarians to provide treatment and food for dogs. Later, when schools reopen, she will work on education.

“I’m just hopeful that in a couple of days things are going to get better,” she said.

Former Nebraskan, boyfriend ride out Nepal quake during their vacation,  stay to help

Before disaster struck, Carli Schultz and Paul Moore had planned a Himalayan trek.

How to help Nepal earthquake victims

Charity Navigator, which evaluates the work of nonprofit groups, offers this list of highly ranked charities with relief operations.

UNL professors are glad they took hike before quake struck

Dipta Rai is a 37-year-old Nepal native living in Omaha with her husband, Kapil, and 5-year-old son, Devin. She works as a web developer analy…

University students plan to collect donations and hold vigils Thursday night to help, raise awareness of and pray for the survivors and the more than 5,000 people lost in the Nepal earthquake.

Four people — one doctor, two civilians and a health care coordinator — will travel to Nepal’s capital city, Kathmandu, by the end of the week.