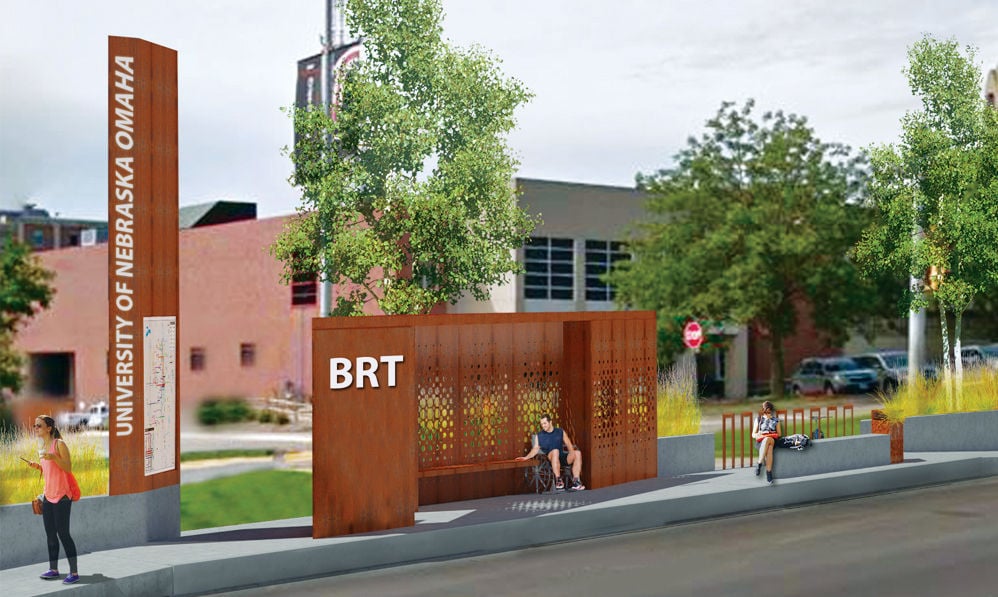 An artist's rendering of the "sculptural" style BRT station, which includes decorative perforated metal that creates artistic patterns in the shadows. 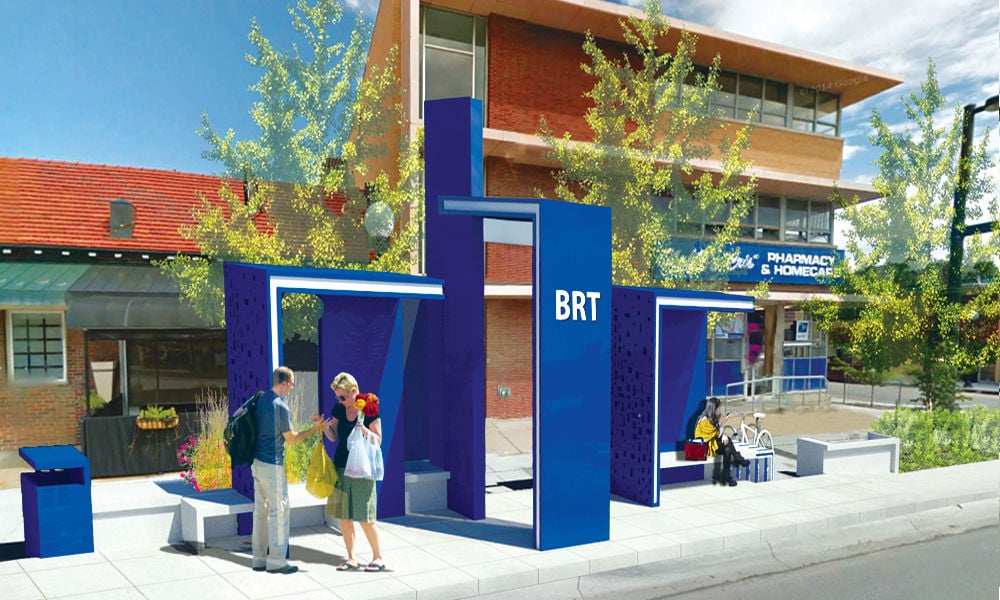 An artist's rendering of the "module" style BRT station, made with blue metal or fiberglass. 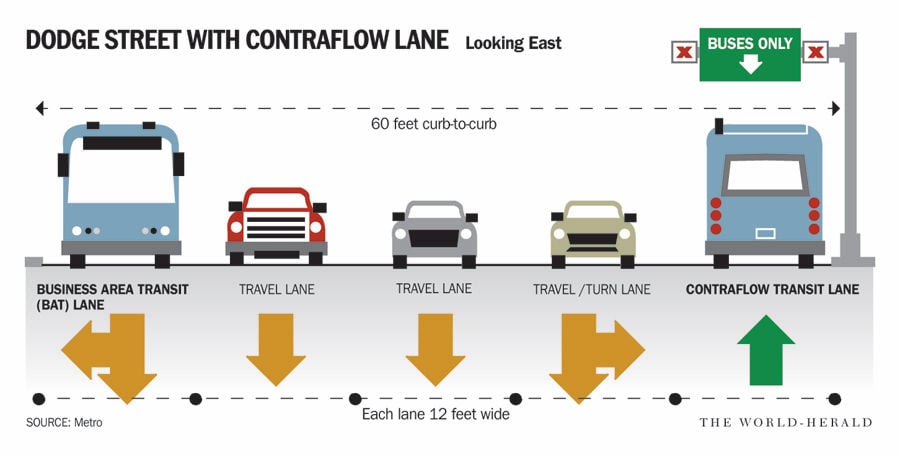 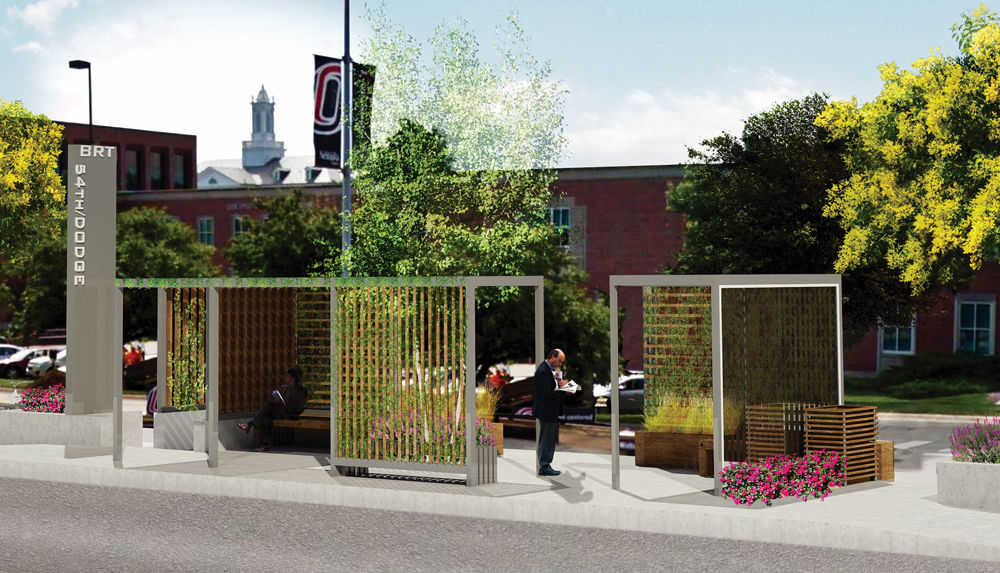 An artist's rendering of the "garden" style BRT station, which includes plants growing on trellis walls.

That’s the reaction from some Omaha residents when they saw the $260,000 price tag for each of 27 stations on the Dodge Street Bus Rapid Transit line set to open fall 2018. Out of a $30 million project, the BRT stations are expected to cost $7 million.

The three concept station designs were released Thursday at an open house. While the crowd generally backed the idea of BRT and the station designs, others said Metro could build a house for that kind of money.

"That cost is ridiculous," Chris Bears said on Facebook. "The station, while artistically acceptable, is not practical in Omaha. Most of these stations need to firstly be drunk and vandal proof for starters.

"It might be ok to build a couple of exceptional ones to test concept but $7,000,000 worth? Somebody is losing their mind here."

Those figures still are preliminary and will change as the design process goes along, BRT project manager Lauren Cencic said. Early estimates were based on generic placeholder figures provided by the Federal Transit Administration, which factors costs based on size, features and number of stations.

BRT is meant to change the perception of mass transit in Omaha, with sleek, modern buses, stations that stand out and trips that go quicker than any regular bus or car ride.

A number of enhancements — such as pre-board ticketing, boarding that doesn’t require people to step up, semi-exclusive lanes and signal priority — set BRT apart from normal buses. Metro compares it to light rail on wheels.

Omaha’s estimated station costs are close to similar BRT stations across the country, including Kansas City, which launched its BRT in 2005 and another line in 2011.

Cencic said a station can cost as little as tens of thousands of dollars to more than $1 million.

Some stations in Aspen, Colorado, cost upwards of $500,000 each, he said. Cencic pointed to million-dollar stations in Cleveland that came with a lot of bells and whistles.

HNTB has a hand in Omaha’s design.

“You don’t want to just use the two-by-four from Home Depot,” Feuerborn said. “This is something you want to be proud of in a public environment and have it last for 30 years or more.

“It needs to have strength, stability and a permanency to it.”

Feuerborn said building a stronger station would prevent the kind of problems that happened to Omaha’s “String of Pearl” globe lights. The glass lights shattered after a hailstorm and had to be replaced.

Nicer stations draw more riders and give residents a sense of pride and ownership, Feuerborn said. The Kansas City stations have had very little vandalism in the first 10 years, he said.

Mike Kennedy called it a waste of money.

"We don't need hipster bus stops," Kennedy said on Facebook. "A good shelter is one that helps those that use the bus avoid the elements."

In a Facebook post Friday, ModeShift Omaha, a public transportation advocacy group, said critics of the station cost don’t take into account the millions spent on other public infrastructure, such as widening streets.

“We should also compare the cost and benefits of BRT to other modes such as moving cars, road maintenance, widening roads and building parking lots,” the group wrote. “We’ll need to spend money on enabling people to get around one way or another.

“Right now we mostly only enable people who have access to cars to get around.”

By fall 2018, more than 25 of the flashy BRT stations will dot Dodge Street, and Metro Director Curt Simon says they will help rebrand transit in Omaha as a cool, fast, comfortable, reliable and modern way of getting around.

An artist's rendering of the "sculptural" style BRT station, which includes decorative perforated metal that creates artistic patterns in the shadows.

An artist's rendering of the "module" style BRT station, made with blue metal or fiberglass.

An artist's rendering of the "garden" style BRT station, which includes plants growing on trellis walls.