Employees | Guest Wi-Fi
© 2020 Lee Enterprises
Terms of Service | Privacy Policy
'You want to be reflective of the community': Omaha police boost effort to recruit minorities to the force
0 comments
Share this
Return to homepage × 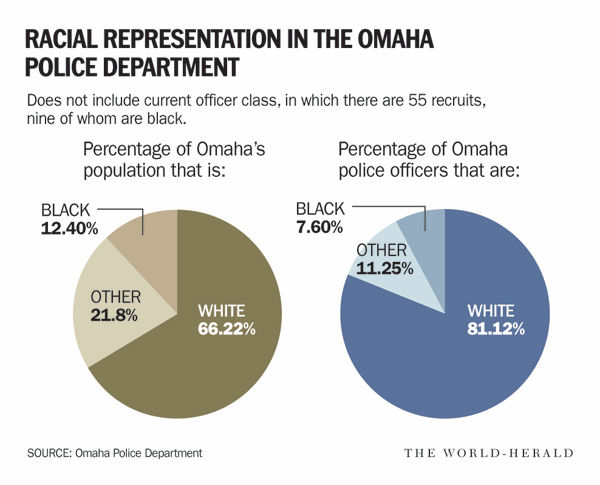 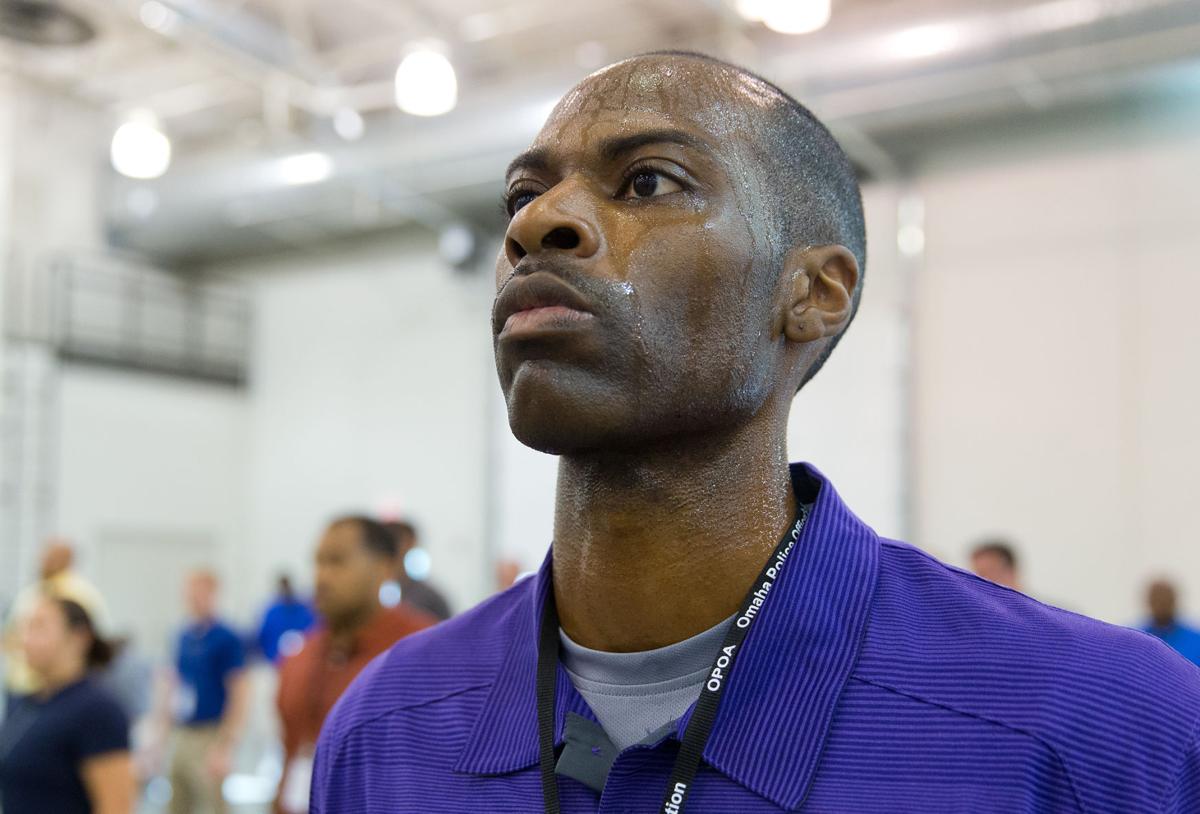 Police recruit Michael Jenkins. The Omaha department is reaching out in new ways to try to add more minority officers to its ranks. 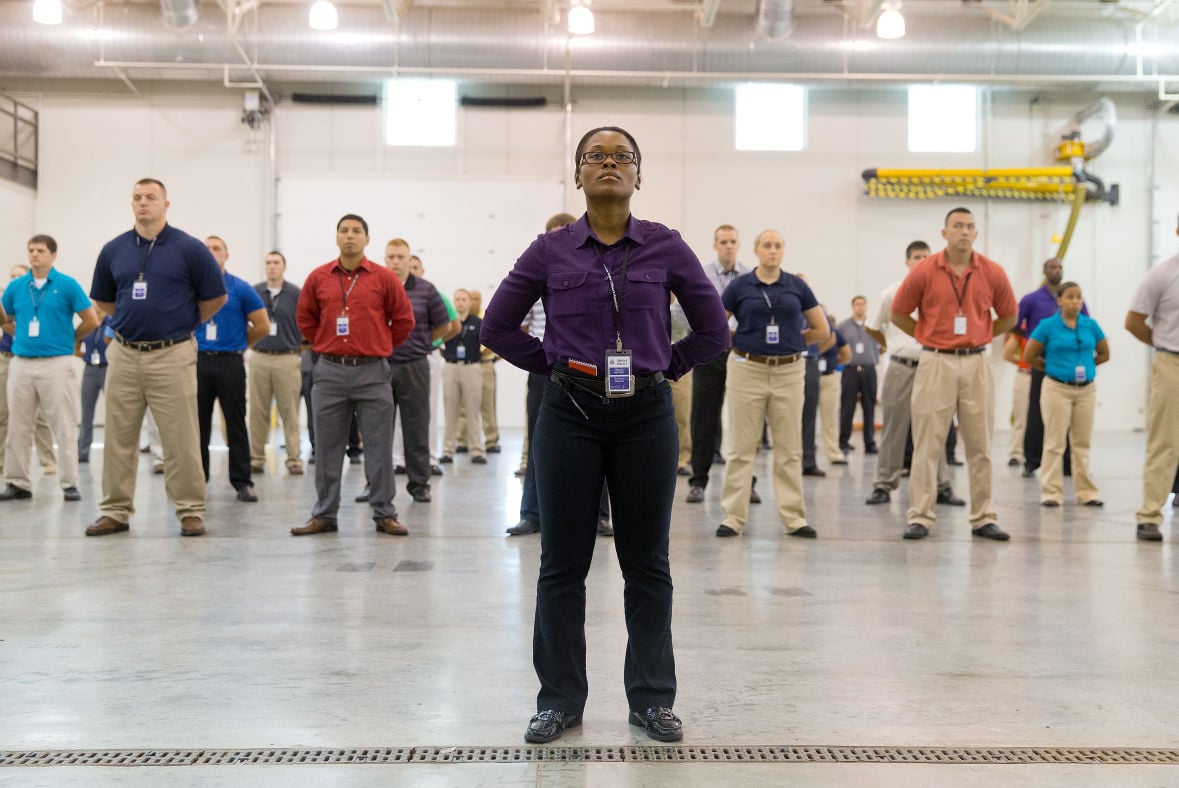 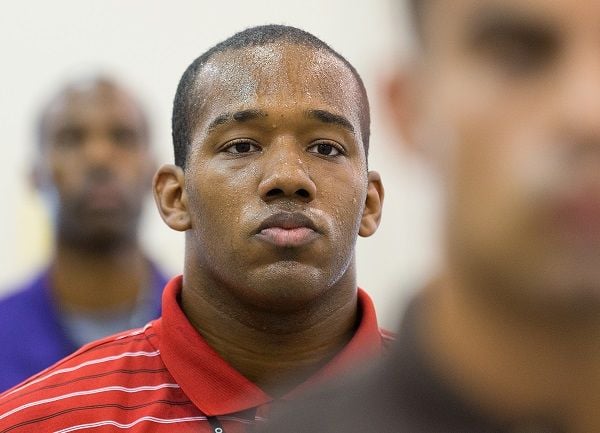 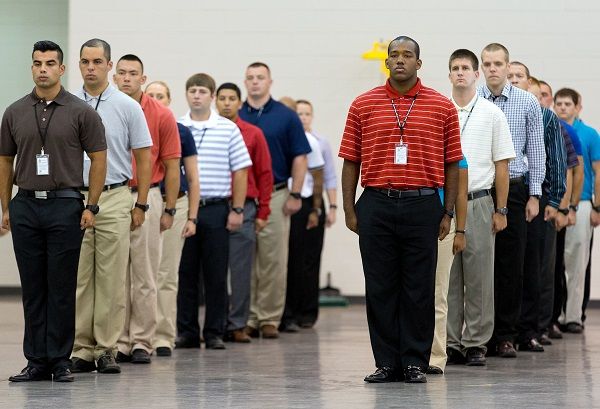 As confident and comfortable as she appears in uniform, it’s tough to imagine Omaha Police Sgt. Sherie Thomas ever questioning whether she would become a cop. But 17 years ago, when approached while in college, she did.

“I was like, ‘No, not me.’ But then I signed up for the test,” said Thomas, who, as one of the department’s 60 black police officers, has worked patrol, as a domestic violence detective and now is a training instructor. “It’s a great career.”

Black police officers make up just over 7½ percent of the department’s current 778 officers. Nine black men and women are part of the 55 Omaha recruits who are in their second week at the training academy. If all the recruits graduate in 21 weeks, the department will have reached its authorized strength of 833 officers.

Police leaders acknowledge that the department’s percentage of black officers falls short of the 12.4 percent of the city’s population that is black. Since Todd Schmaderer became police chief in 2012, the department has been trying to boost the numbers by taking a more strategic approach to seeking black recruits.

The percentage of black recruits in the past three classes has increased even as the class sizes have grown.

“You want to be reflective of the community,” said Deputy Chief Greg Gonzalez. “We didn’t feel like we were.”

The department has started recruiting outside of Omaha, including at job fairs at universities throughout the Midwest. Officials also have begun working with university athletic directors to find physically fit, emotionally strong applicants. Military bases have provided another pool of qualified minority recruits, Gonzalez said.

The department also is looking to set up booths at local endurance and sporting events, such as marathons and bike rides, and it has stepped up its social media efforts in the hopes of finding more people of color who would consider a law enforcement job.

“We are trying to broaden our reach,” Gonzalez said.

In Kansas City, Missouri, the city’s population is about 30 percent black, according to census data, but black officers make up about 11½ percent of the police department.

Jesse Guardiola, a police recruiter in Tulsa, Oklahoma, said his department’s black population mirrors the Omaha Police Department’s, and Tulsa’s percentage of black residents is similar to Omaha’s. But the city has its own recruitment focus: finding qualified Hispanic officers to keep up with Tulsa’s growing Hispanic population, most of whom are children.

Guardiola said he has traveled to states with higher Hispanic populations, such as Texas and New Mexico, to recruit.

“It’s been a chore, especially when the (adult Hispanic) pool just isn’t here,” he said.

Omaha’s Hispanic population is nearly 12 percent, but the percentage of Hispanic police officers on the force is 8.3 percent, and nine Hispanics are in the current recruit class. Police are working on increasing those figures as well, Gonzalez said.

Omaha has had two black police chiefs, Thomas Warren and Alex Hayes, over the last decade. But the department long has been criticized for not hiring enough black cops.

Retired Omaha Police Officer Marlin McClarty, whose father was among the city’s first black officers, said the city historically has done a poor job of seeking out black recruits.

McClarty said he thinks minority applicants have been discriminated against over the years. But he also blames the hiring process itself, which he sees as unfair to anyone with blemishes or financial baggage.

“It’s an issue we’ve seen with every sitting police chief over the last 50 years,” McClarty said. “People are tired of hearing the same old excuse — the city’s claim that they haven’t been able to find those candidates.”

A current black police officer, Rodney Henderson, said the city is doing just enough black recruitment to get by for the sake of appearances.

“It’s sad that whenever a (recruiting) goal is met, nobody attempts to go over that number,” said Henderson, an officer since 2004 who works in the crime prevention unit. “People want jobs.”

Gonzalez said the department’s intense hiring process disqualifies anyone who isn’t ready to wear the badge — whatever race they are.

Some of the city’s officer requirements are mandated by the state and have to do with a person’s criminal record. A recruit’s record can’t include a Class I misdemeanor, a category that includes domestic assault and lying to a police officer. Even something that may seem like a youthful mistake — buying booze for underage fraternity brothers or sorority sisters, for instance — could prevent someone from becoming a law enforcement officer in Nebraska.

A recruit also can’t have been busted for smoking marijuana or doing another illegal drug within five years of applying. And recruits can’t have so many traffic tickets or other citations that it shows disrespect for the law, the statute says.

McClarty, who was hired in 1986 as part of a federal mandate for Omaha to employ more black officers, said some of the rules discourage blacks from applying. McClarty, who noted that his nephew is in the current recruit class, said the restrictions especially affect black men who made criminal or financial mistakes but have since cleaned up their records. If given the chance, he said, they would make top-notch officers.

George Christian twice has gone through the application process to be an Omaha police recruit. Now 38, the military veteran works as a private security officer.

Christian said he had some credit problems and several traffic violations, including driving on a suspended license and having no proof of insurance. None was a Class I misdemeanor or worse.

Christian also has more than a dozen civil complaints and judgments on his record, including several related to child support.

Christian said he thinks he was unfairly eliminated from consideration and that the color of his skin contributed. He said he has filed a complaint with the Nebraska Equal Employment Opportunity Commission and is considering applying for a law enforcement job in another city.

“Show me a person in life who doesn’t have baggage,” Christian said.

William Muldoon, director of the Nebraska Law Enforcement Training Center and a former Omaha police officer, said that with a national focus on police misconduct — in the context of recent officer-involved shootings of unarmed men — the need to scrutinize applicants is more important than ever. “Besides training,” Muldoon said, “we do our best on this front by screening out people who are not suited for a position of public trust, and whose individual actions can be so profound on a citizen and impact public trust.”

Lt. Gregg Barrios, who helps lead the Omaha police unit that investigates applicants’ backgrounds, said many of the 1,800 people who applied for the last two recruit classes were weeded out because of their pasts.

Omaha has its own standards on top of the state mandates, such as a good credit history and physical and psychological requirements.

“We are going after qualified candidates,” Gonzalez said. “We want the best of the best.”

The department is also trying to step up black recruitment by asking minority officers such as Thomas, who is vice president of the Black Police Officers Association of Omaha, to help at recruiting events.

Thomas said that many of the black men and women she meets can’t imagine that they could be police officers. She can relate.

“ ‘You belong here, just like everyone else does,’ ” Thomas said she tells them. “ ‘As long as you work hard, you deserve to be here just like the next person.’ ”

In the heart of her community, Omaha Police Capt. Shayna Ray connects with those she serves

For Ray, work doesn’t end just because the shift does. The work includes being a consistent part of the community, whether it’s for one child or a roomful. It means raising up and supporting those who need that extra lift.

Watch Now: Can the Supreme Court be expanded?

Boris Johnson: This is the moment when we must act

Boris Johnson: This is the moment when we must act

Police recruit Michael Jenkins. The Omaha department is reaching out in new ways to try to add more minority officers to its ranks. 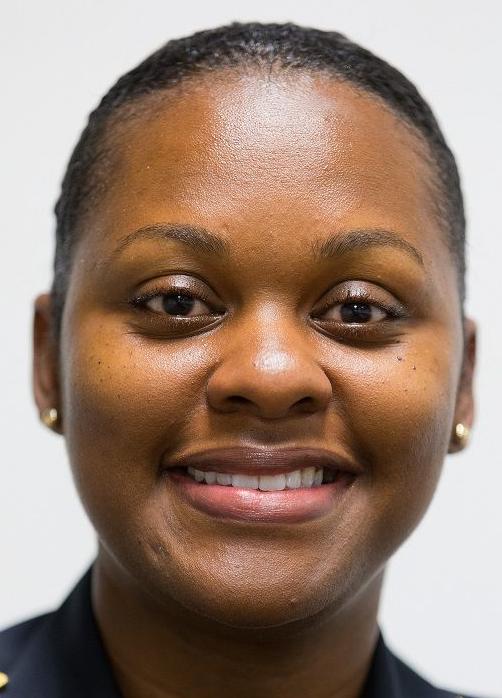