A Wisconsin man appears to have broken the world record for push-ups in a year in his effort to raise money for the families of fallen first responders.

And while the record still needs to be verified by the Guinness Book of World Records and the Record Holders Republic Registry of Official World Records, Carroll is continuing to add to his total. He has until June 13 to complete a year of push-ups. He averages more than 4,100 pushups a day but has done as many as 7,000 on some days to raise money for the Tunnels to Towers Foundation, created following the terrorist attacks of Sept. 11, 2001.

“It was an honor to set a new world record here in New York in front of members of the (New York Police Department, New York Fire Department and Port Authority Police Department) and other first responders," Carroll said in a statement released late Sunday by the Tunnels to Towers Foundation. "I want this record to pay tribute to the sacrifice made by so many heroes that tragic day.”

The Stephen Siller Tunnel to Towers Foundation's Fallen First Responder Home program has paid off the mortgages or provided housing for 250 families since its inception in 2014. The charity, named after a New York City firefighter who died on Sept. 11, 2001, assists the families of law enforcement officers and firefighters killed in the line of duty who leave behind young children.

Carroll, 45, grew up in Manawa, where he played high school football, basketball and baseball, and then spent seven years in the Marine Corps Reserves. He graduated from UW-Oshkosh in 2000. The two-time Ironman competitor and long-distance runner has a knack for ultra-competitive endeavors. He did 1 million push-ups in 2019 as a way to say thanks to law enforcement officers around the country, did 5,000 push-ups during a 31-mile, 10-hour run in October during the Glacial Trail 50K in Greenbush and pumped out another 3,000 amid the 26-mile Jail Break Marathon in Wautoma in September.

The divorced father of three began his quest for a world record in a year on June 12, 2020. He hit 1 million push-ups on March 2. Carroll has done many of those push-ups over the last year in the living room of his ranch-style home but has also taken breaks to do push-ups while mowing his lawn and shoveling snow. He has pushed them out in the balcony of his church, beneath the bleachers at sporting events and in his office at the Wisconsin Resource Center, a mental health facility in Oshkosh for prison inmates where he's been employed the past 20 years as a social worker.

Every push-up is documented in a log book, and most are posted on his YouTube channel in time-lapse form. He also relies on witnesses to ensure accountability. Carroll has applied to Guinness World Records, which will collect video, personal verification letters and likely do interviews to verify his integrity.

"Trying to balance this amount of push-ups with being a father and working full-time sometimes creates obstacles that you sometimes have to overcome," Carroll told the Wisconsin State Journal last month. "I try to weave my push-ups into my daily activity. To set aside time to do 4,000 push-ups is impossible. You have to really make it a priority and be willing to commit to it and embrace the fact that you have to weave that into your day."

The Justice Department's top national security official is resigning after revelations that the department secretly seized records from Democrats and members of the media.

Swaths of internet down after outage at cloud company

Numerous websites, including the New York Times, CNN and Twitch, were unavailable Tuesday after an apparent widespread outage at the cloud service company Fastly.

The DOJ under Trump seized records from House Dems; Netanyahu lashes out as rule nears end; Florida supermarket shooting. Plus, the weekend forecast, birthdays and more.

Many of the uber-rich pay next to no income tax, ProPublica finds

The richest 25 Americans pay less in tax than many ordinary workers do, once you include taxes for Social Security and Medicare, ProPublica found.

Rash of mass shootings stirs US fears going into summer

Two were killed and at least 30 hurt in overnight mass shootings in three states, stoking concerns a gun violence spike could continue into the summer.

A Senate investigation of the Jan. 6 insurrection at the U.S. Capitol has uncovered broad government, military and law enforcement missteps before the violent attack.

An Iowa man has been sentenced to 10 years in prison after being accused of pulling down his COVID-19 face mask outside a store and spitting on a fellow customer while yelling, “If I have it, you have it!”

Here's what we know about the bipartisan $1.2T infrastructure deal

What's in the $1.2 trillion infrastructure deal? Who are the 10 senators crafting the plan? What's the White House saying? Answers to key questions.

J&J vaccine doses from troubled plant to be released, but many will be tossed, AP source says

U.S. regulators are allowing for the release of 10 million doses of Johnson and Johnson's COVID-19 vaccine from a troubled Baltimore factory. Many batches will be tossed.

Nate Carroll, of Winneconne, completes his 1,500,231st pushup Sunday at the 50-yard line of MetLife Stadium in New Jersey. Carroll has surpassed the world record for pushups in a year as part of an effort to raise money for the Tunnel to Towers Foundation, which pays off mortgages and provides housing to the families of fallen first responders. 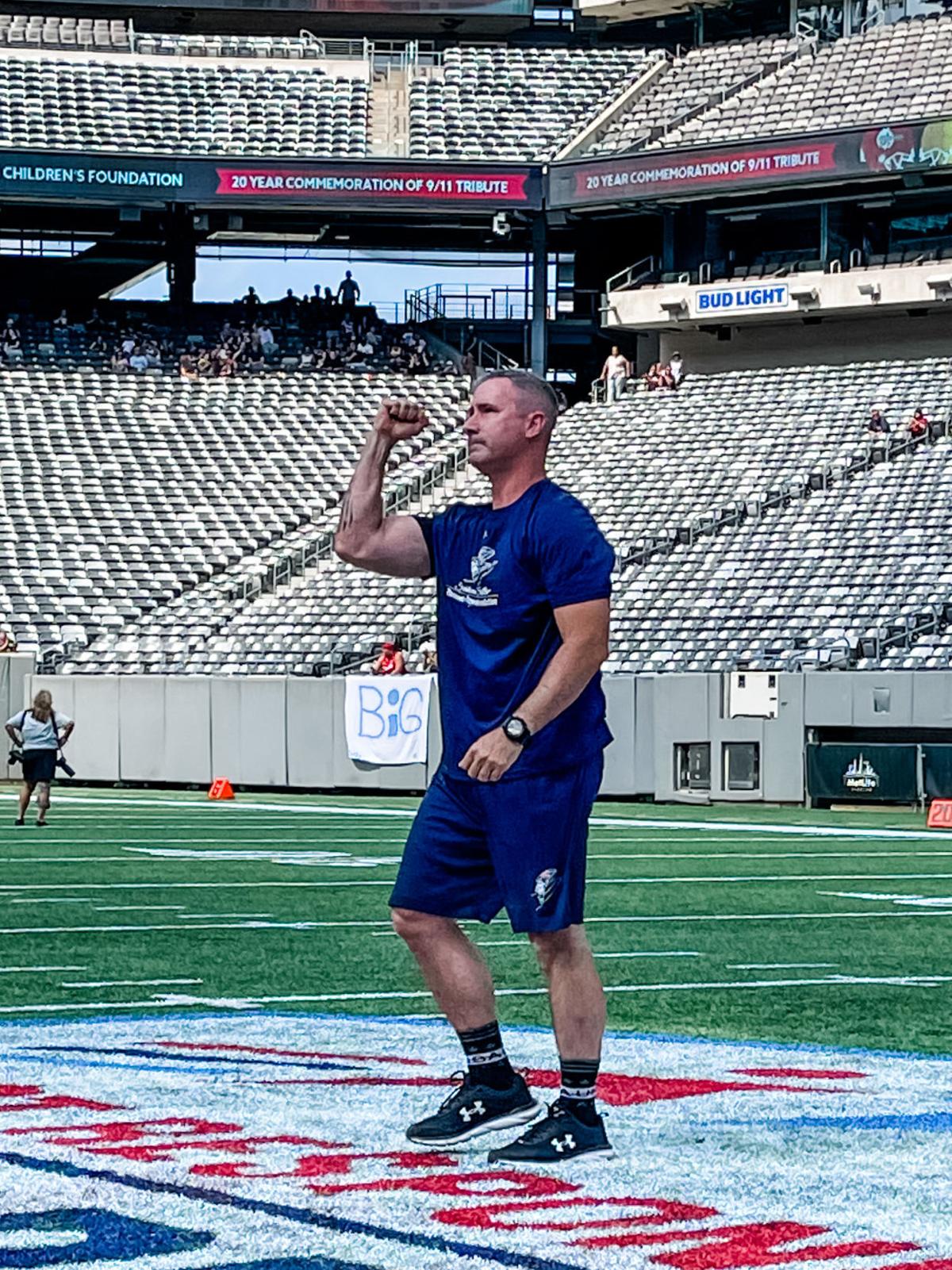 Nate Carroll celebrates Sunday after setting the record for the most pushups in a year. 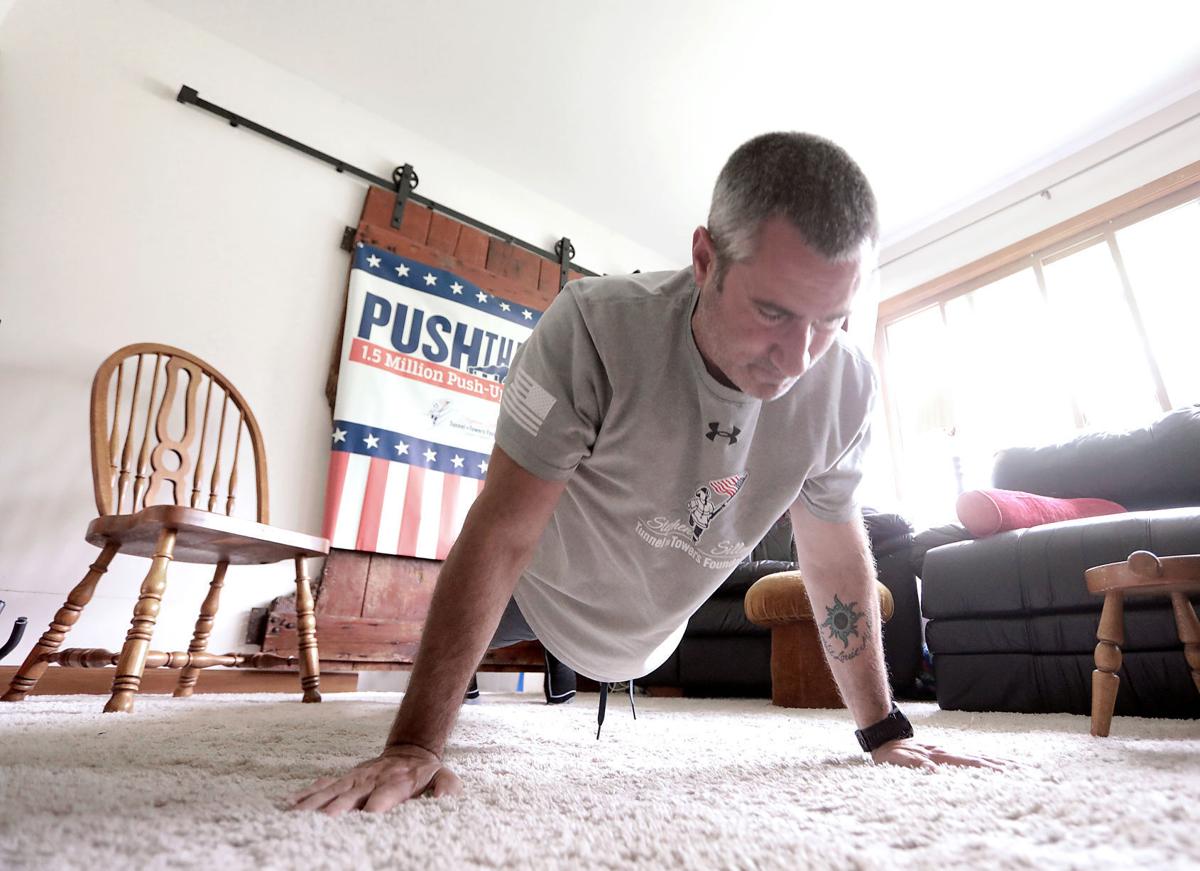 Nate Carroll, a Winneconne social worker, has done the vast majority of his pushups over the last year in his living room.