MARTELL, Nebraska — After he got out of the Marine Corps, Rod Hollman worked double shifts at Lincoln’s Goodyear plant to earn enough money for a down payment on a farm in 1976.

But the disgust in his voice rises like thunder from a prairie storm when it comes to his property tax bill.

A couple of years back, when corn prices rose to $7 a bushel and bean prices went over $16, Hollman said it would have been much easier to stomach such a bill. But crop prices are now about half of that, while costs of fertilizer, seed, farm chemicals and machinery continue to rise.

With farmers statewide paying a larger and larger share of the property tax bill, the 67-year-old said it’s time to restore some balance — maybe it’s even time for a tax revolt.

“The Legislature has had this issue on its agenda for three years and has done nothing,” Hollman said. “If this was a business, they’d all be fired.”

Now Hollman is working to form a statewide group of farmers to protest their property taxes.

He said he has already talked with an attorney about possible lawsuits and has put together a long list of demands, including having the governor call a special session to reduce property taxes on farmers, particularly when it comes to financing schools, which accounts for about 60 percent of the typical property tax bill.

“Can we get all of this done? I don’t think so. But can we force a conversation?” asked Hollman. He is about to find out.

To be sure, Nebraska has always been a high property-tax state: Lots of land but not a lot of people, the old saying goes, so taxes on property will just be higher.

The latest ranking by the Tax Foundation, based on 2012 figures, ranks the state No. 13 in highest property taxes collected per person, about $1,598 per person.

On ag land, Nebraska ranks even higher, No. 3, behind only Texas and California, according to the USDA.

State statistics indicate that property taxes levied on agricultural land have increased 162 percent statewide over the past decade, driven in large part by the dramatic increase in values on farm and ranch land. By contrast, commercial real estate values have risen 51 percent and residential property values, 40 percent.

From 2004 to 2014, agriculture’s portion of the total state property tax bill has grown to 29 percent from 19 percent.

A legislative study of “tax modernization” in 2013 identified high property taxes as one of the state’s biggest tax problems, but farmers such as Nelson and Hollman say not enough has been done about it.

“This pressure has been building for several years,” said Nelson. “The fact that we’ve made minimal progress from a legislative perspective, and now we have declining farm prices, it’s easy to see why people would be frustrated to the point of taking extra measures.”

State lawmakers say that they are aware of the property tax pinch on farmers and ranchers but that the 49 senators, including those who represent urban homeowners and major cities, haven’t been able to reach agreement.

“It’s not an easy issue,” said State Sen. Mike Gloor of Grand Island, who is the Revenue Committee chairman. “I can understand the frustration. But it’s not for a lack of interest. And not for a lack of trying.”

The Legislature will embark on its next attempt to reduce property taxes late next month.

The Revenue Committee, along with the Education Committee, plan a joint “super committee” study on the financing of K-12 schools. The first meeting will be Aug. 27, and a report is due before the 2016 session. One focus will be to determine whether the state can reduce its reliance on property taxes to pay the bill for local education.

Cedar Rapids Sen. Kate Sullivan, chairwoman of the Education Committee, said she feels the pain of farmers — her family has a farm — but she feels that lawmakers are entering the examination with an open mind to possible solutions.

She pointed out that the tax modernization study two years ago recommended an increase in state aid to offset the burden on local property taxes.

But the big question is, how do you do that? Do you increase income or sales taxes, which are politically unpopular? Do you reduce sales or income tax exemptions to raise more revenue, likely angering the businesses and farmers who rely on those? Or do you trim other state spending to direct more funds to local schools, which could mean fewer state troopers and less aid to the poor and elderly?

Groups such as the Farm Bureau say part of the answer is cutting spending. Last week, the organization issued a press release asking local governments to help farmers by holding down spending.

But other groups, such as the Open Sky Policy Institute, say spending isn’t the problem because local school spending, when viewed as a share of the economy, has decreased 2.2 percent in the past decade.”

The problem, according to Renee Fry of Open Sky, is over-reliance on local property taxes. The state has fallen behind in providing aid to K-12 schools from income and sales taxes, she said, and now ranks 49th nationally in state aid to schools.

Lawmakers always talk about the “three-legged stool” of funding government services with equal portions from three taxes — sales, income and property. But to balance out the “three legs” of the stool would take a massive $500 million shift away from property taxes, Fry estimated.

The big question: If you shift taxes away from farmers, who will pay a higher percentage of the tax load? Urban homeowners? Suburban businesses? Commercial developments?

Several senators appear to be focused on tapping state income taxes, in some fashion, to re-balance the state’s tax system.

Brasch and others said the state needs to look at returning to the original intent of the landmark 1990 state school aid law, Legislative Bill 1059, which earmarked 20 percent of the income taxes generated in a local school district to fund that district. The earmark has eroded to less than 3 percent now.

Another rural senator on the committee, Al Davis of Hyannis, had a different idea this spring. His LB 280 would have imposed a surtax on current state income taxes, in effect a “local” income tax, but the proposal failed to advance.

The income tax, Davis said, is fairer for farmers and ranchers because it’s based on earnings. By comparison, he said, they have to pay property taxes whether they made money or not.

It will be an uphill battle for rural senators to get something done. Perhaps only 16 senators in the 49-seat body now are farmers or represent truly rural districts. The large increases in ag land valuations, Davis said, have served to increase state aid to urban school districts, which won’t want to give that up.

It’s not like the Legislature hasn’t done anything for farmers in recent years.

A year ago, a law was passed exempting repair parts for farm machinery from sales taxes, a $7 million tax break overall.

This year, lawmakers passed a bill exempting the first $10,000 in value of personal property, such as tractors and combines (as well as computers and equipment used by businesses), from personal property taxes. That was about a $20 million-a-year reduction in taxes.

In addition, the Legislature put an additional $64 million into the state’s property tax credit program, the largest increase in the eight-year history of the credit.

But farmers and ranchers, as well as Gov. Pete Ricketts, want extra base hits.

Broader bills to help farmers, such as reducing the valuation of ag land for tax purposes from 75 percent of value to 65 percent, failed to advance, in large part because even rural senators couldn’t agree that it would help.

A spokesman for Ricketts said the governor will be swinging for the fences in 2016.

Hollman calculated his property tax credit this year at about $960, which he said made only a small dent in his ever-escalating property tax bill.

As he rattled off the other costs of coaxing a crop from the ground — $60 an acre for seed, $40 an acre for chemicals, $575 a ton for fertilizer and fuel for the machinery — he questions how much of a profit he’ll turn in 2015.

He believes the recent projections that farm income will be down 45 percent in the state. Plus heavy spring rains prevented him from planting 34 acres of corn and beans and forced other plantings to be late, which could mean reduced yields.

He said his wife, who is 66, would like to retire from her office job in Lincoln, but the farm needs the income. Hollman said he needs a new pickup truck, but that would mean borrowing from his retirement account.

“Everyone is upset,” he said. “There are 49,600 farms and ranches in the state, and I think everyone will be behind me on this.”

The group, tentatively called Nebraskans for Tax Reform, is seeking signatures on a petition that will ask the governor to call a special session, as early as this year, to address high property taxes on ag land. 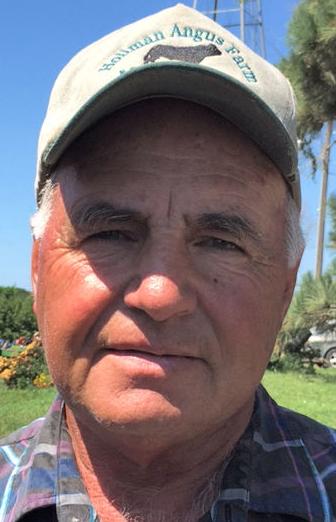 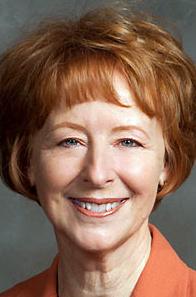 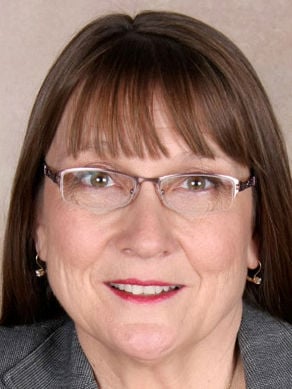 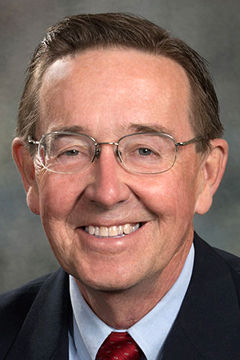