A fairly mild winter has allowed for site work to begin for Omaha Public Schools’ high school at 156th and Ida Streets. 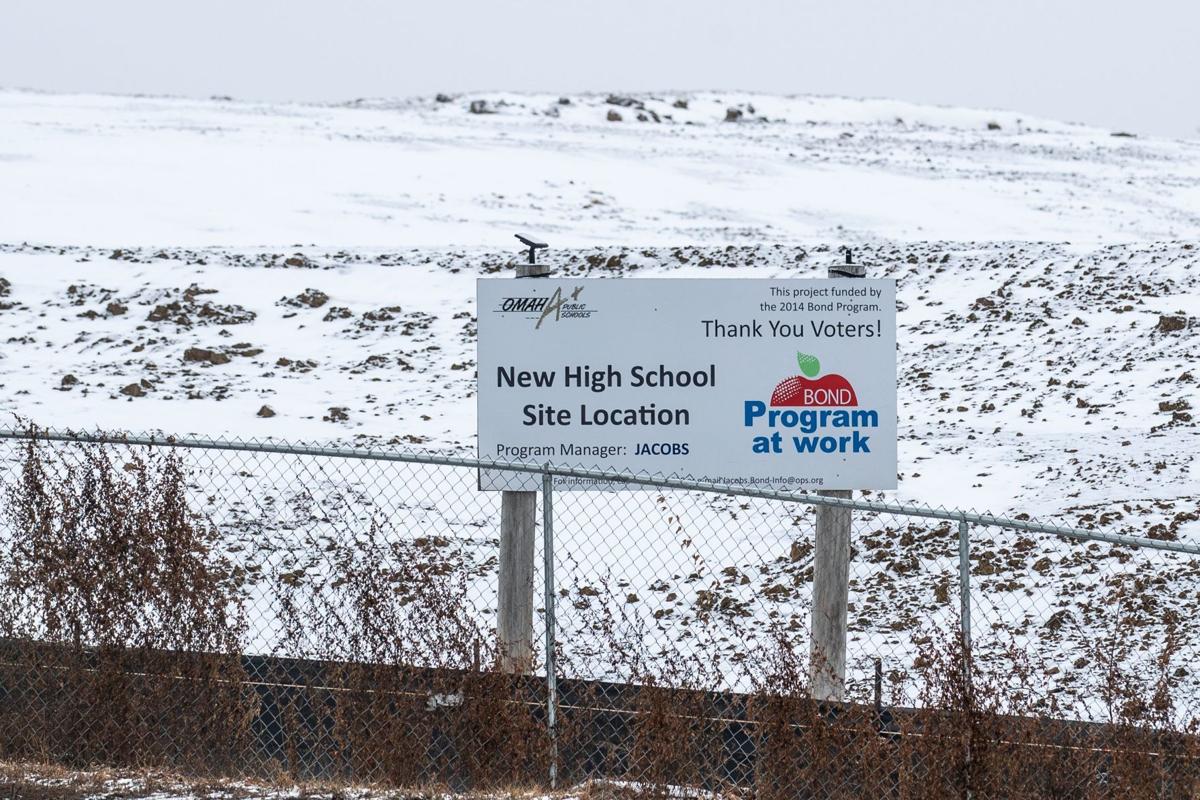 Coming soon: An OPS high school on this tract of land at 60th and L Streets.

Omaha Public Schools and the YMCA of Greater Omaha have hammered out how they will pay for and share facilities like the pool at a new high school in northwest Omaha.

The district is building the school at 156th and Ida Streets, and it is set to open for the 2022-23 school year. Attached to the school will be a YMCA that will share some space with the school but also will have its own exclusive space.

Thursday night, the school board approved a 50-year agreement with the YMCA outlining construction and operating costs and usage of the facilities once completed.

The agreement was on the board's consent agenda and was approved without discussion.

The YMCA’s 16-member board already has approved the agreement, said Chris Tointon, president and CEO of YMCA of Greater Omaha.

“We look forward to the next 50 years and creating stronger, healthier and happier families,” Tointon told the board.

OPS Superintendent Cheryl Logan said she and Tointon had gotten to know each other well and at times “had spirited and vigorous discussions to ensure it is the best possible partnership for both organizations.”

$150,000 in donations needed for $2.4 million renovation project at Burke stadium

For this project, the devil has been in the details, Logan said.

In February 2018, the school board voted 9-0 to approve a project list for a $409.9 million bond issue that included a pool at the 156th and Ida high school. It was to be part of a tentative partnership between OPS and the YMCA. At the time, OPS and the YMCA signed a letter of intent, but that letter did not directly address usage or cost of the facility.

Letters and emails obtained by The World-Herald through a records request show that initially, OPS and the YMCA were millions of dollars apart on how much the YMCA would contribute.

The total cost to build more than just a high school — the YMCA’s exclusive space and the shared-use area including the pool, furniture, equipment and supplies — is $13.5 million.

OPS committed $4 million of bond construction funds for the larger facilities and the swimming pool. The remaining $9.5 million is to be covered by the YMCA and private donors.

According to the agreement, the YMCA and private donors will contribute $8.5 million during construction and $1 million for furniture and equipment. Additionally, the YMCA will pay OPS $162,000 per year for operating expenses.

Tointon said his organization is $1 million away from reaching its commitment of $9.5 million. He said none of the donors is interested in being anything but anonymous. The agreement does allow the YMCA to put up signage recognizing significant donors.

OPS can terminate the agreement with the YMCA, but it would have to repay the YMCA $8.5 million contribution.

People at OPS board meeting show support for teen abused by teacher, criticize handling of case

YMCA members will be able to use the YMCA facilities between 4:30 a.m. and 10 p.m., seven days a week. The shared-use areas will be available to the YMCA depending on the sports season and needs of the school.

Tointon said his organization saw a hole in the wellness community in northwest Omaha and didn’t see other organizations stepping up.

He said the YMCA has hundreds of partnerships but nothing to the extent of what his organization is doing with OPS.

The school doesn’t yet have a name, colors or a mascot.

The YMCA and high school will have a complimentary color scheme, but because the YMCA facility will serve more than OPS students and their families, it won’t necessarily match the colors of the school, Tointon said.

Pfizer shot expands to US children as young as 12

The winner of the competition will get to name NASA's rover and see the spacecraft launch in July from Cape Canaveral Air Force Station in Florida.

A review of court and state records for the past five years uncovered misconduct ranging from sexual intercourse with a student to dinner and a movie with a student.

Staff members reported concerns about the teacher's behavior with girls, but school officials never separated him and the student, or launched a formal investigation into his behavior. Despite that, a federal judge sided with OPS on a lawsuit alleging the school district violated the girl's constitutional rights to be free from sexual harassment under Title IX.

Editorial: The OPS/YMCA partnership is a plus for students

Both high schools will have lots of spaces for anyone — teachers or students — to collaborate.

Even more schools are planned for the Omaha-Council Bluffs metro area. Here's what's on tap

What's happening on the school construction front in other districts in the Omaha-Council Bluffs metro area.

"It would be impossible to measure the positive impact of Mr. Haynes’ more than 50 years in education," OPS said.

Retiring Omaha North principal, role model for thousands, was what 'our neighborhood needed'

Gene Haynes, who joined OPS 53 years ago, challenges himself to learn the names of all of his students, which earns him the respect of the students, said one Omaha North senior.

A marquee feature of the 9,700-square-foot Titan Performance Center will be an indoor synthetic turf field that will be used for large group training. A new weight room will house weights and racks to supplement the school’s current weight room.

Voters in the Bennington Public Schools approved a $72 million bond issue Tuesday that will build a fifth elementary school and second middle school.

A fairly mild winter has allowed for site work to begin for Omaha Public Schools’ high school at 156th and Ida Streets.

Coming soon: An OPS high school on this tract of land at 60th and L Streets.