'Is my pension safe?' Answering questions about OPS's $771 million pension shortfall
1 comment
Share this
Only $5 for 5 months

Last week's "How to wreck a pension fund" report sparked questions. Here are some answers.

Q. I'm an OPS teacher. Is my pension safe?

A. Yes. The Omaha schools retirement plan is a defined benefit pension plan, meaning that members, once they work long enough to be vested, are guaranteed to receive their pension at the level that was set when they were hired. Nebraska case law has generally protected promises made in public sector pension plans. That means pension benefits for both the district's 4,500 current retirees and 7,500 current employees likely can't be changed.

Q. People are living longer, so isn’t that a factor in the pension’s shortfall?

A. Pensions indeed involve a lot of moving parts, including mortality, how much teacher pay rises, at what age teachers retire, number of new hires and returns on investment. Actuaries regularly compare the assumptions to actual experience and revise them. But a look over the last decade's OPS actuarial reports, covering the time the district's shortfall grew by $633 million from $138 million to $771 million, make it clear this is largely an investment returns problem. The reports show the shortfall grew by $419 million due to investments falling short of expectations. Changed assumptions added another $138 million to the deficit, and most of that was due to actuaries revising down future investment returns to reflect the reality of recent years. Add the lagging actual returns with the projected drop in future returns and the figure exceeds $500 million. That's similar to the figure The World-Herald calculated the fund would have today had it continued to receive the level of returns it did before trustees in 2008 began selling off stocks and getting into other types of investments.

Q. Didn't these investments have to be approved by the school district?

A. Yes. Any investments made by the trustees by law needed approval from the full school board. However, school board members interviewed said they deferred to the trustees because they were the ones studying markets, setting strategies and interviewing fund managers. Nebraska law also gave the trustees a fiduciary duty to the fund.

Q. Are the same people still managing the pension fund?

A. Yes and no. Effective Jan. 1, 2017, a bill passed by the Legislature assigned all investment management authority for the fund to the Nebraska Investment Council, manager of state pension investments. But the trustees continue to administer the pension program, including determining benefits and sending out payments. Four of the current trustees have been on the board since at least 2007.

A. The district will certainly hope for better investment returns. The returns under the state in the first year were good. But even a number of good years likely would not make a significant dent in the problem.

Want to keep up with all of Henry Cordes' investigative work for The World-Herald? Click here to follow him on Twitter for all of his latest articles.

OPS, in effect, cut its  budget for this school year by 3 percent to make an additional $19 million payment into the fund, and those payments are expected to rise in future years. Cheryl Logan, the district's new superintendent, has appointed a stakeholders' group that she says will put all options on the table. Among the possibilities: more budget cuts; increased withholdings from the pay of current teachers; reduced benefits for future district hires; or having the district go to voters to seek to exceed the state's cap on property taxes for schools. Logan stresses that nothing has been decided. And she said any changes affecting teacher pay and benefits would have to be made with an eye toward keeping competitive. 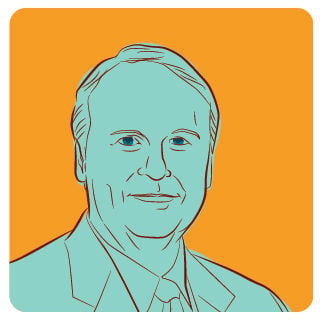 Business representative, a trustee from 2007 through now 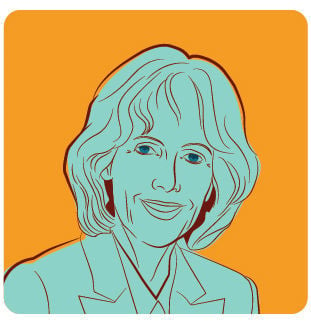 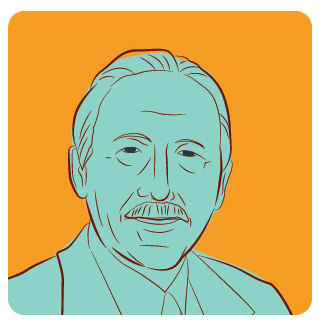 Business representative, a trustee from 2002-14 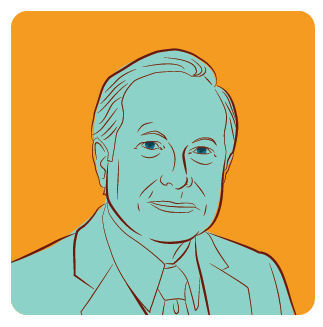 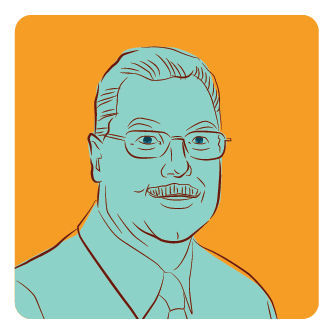 Certificated staff representative, a trustee from 2003 through now 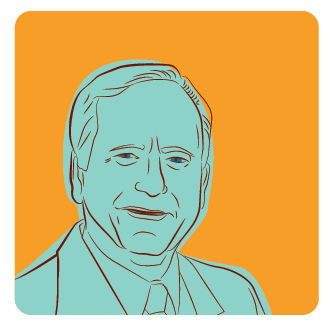 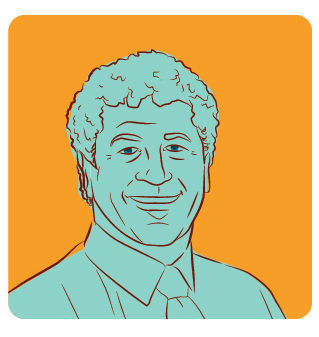 Classified staff representative, a trustee from 2007 through now 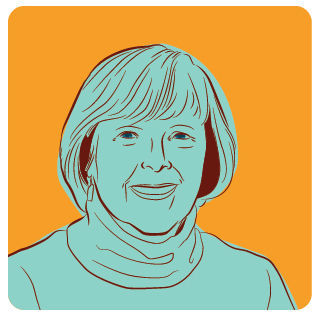 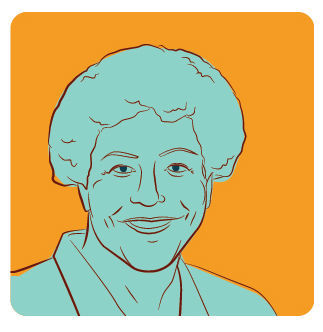 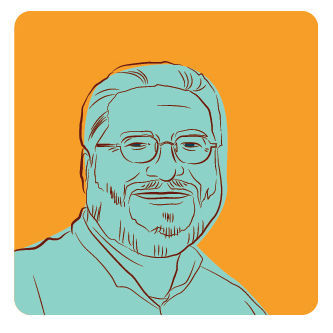 Certificated staff representative, a trustee from 2006-2015

These 10 members served as trustees for the Omaha School Employees' Retirement System during key years when investments were shifted from the stock market to so-called alternative investments. The decisions meant the system largely missed the stock market rebound and got lower returns or losses from the alternatives, creating the shortfall Omaha Public Schools is trying to manage.

Business representative, a trustee from 2007 through now

Business representative, a trustee from 2002-14

Certificated staff representative, a trustee from 2003 through now

Classified staff representative, a trustee from 2007 through now

Certificated staff representative, a trustee from 2006-2015

How to wreck a pension fund: A World-Herald investigation into what happened at OPS

'Is my pension safe?' Answering questions about OPS's $771 pension shortfall

The Omaha schools retirement plan is a defined benefit pension plan, meaning that members, once they work long enough to be vested, are guaran…

The close, curious and conflicted relationship between Atlantic and OSERS is a key to understanding the mistakes and bad decisions that are now forcing OPS to slash its budget to make millions in catch-up payments.

As the nation fell deep into the Great Recession in 2008, Omaha’s Warren Buffett urged calm, assuring Americans that blue-chip companies’ plunging stocks were sure to eventually ride high again. But the trustees and administrator overseeing the Omaha Public Schools’ pension fund didn’t listen to the hometown investment sage.

What even is OSERS? Explaining the basics behind OPS's $771 million pension shortfall

Until former OPS Superintendent Mark Evans arrived in Omaha, he admits he had never heard of OSERS. He wasn’t the only one. Most people in Omaha likely have never heard of the pension fund that’s now costing the school district a bundle. Here’s a quick OSERS primer.

Skyrocketing student loan debt put homeownership out of reach for 400,000 Americans in their 20s and 30s from 2005 to 2014, according to a new report from the Federal Reserve.

A lot of fancy things can be built with Lego sets nowadays. Such as a diversifying portfolio that loads on the Fama-French size factor.

'We can't afford to lose our best': OPS board hears concerns about pension shortfall

Alex Gates, the father of three children attending school in OPS, asked the board to consider the impact on teachers when looking at budget cuts as a way of dealing with the pension shortfall. He urged them to find ways to keep veteran teachers.

Classrooms will be 'feeling the pain' of OPS pension woes for years to come. Taxpayers may, too

The ripple effects of the Omaha School Employees' Retirement System shortfall could be felt for years by students, teachers and, with the possibility of higher property taxes on the table, taxpayers.

Did budgets adopted by the OPS board shortchange the pension fund?

Would you approve a levy override that would allow OPS to ask voters to raise more revenue by exceeding the state property tax limit?

Swindled out of $16 million? How the OPS pension fund fell victim to a 'first-rate con man'

In 2015, a family of financial swindlers got its hands on some of the OPS pension fund's money. Instead of supporting OPS retirees, millions of dollars were lost to crooks who spent the cash on a California mansion, fancy cars, expensive jewelry and more. Here's how the OPS pension fund fell victim to the scam.

Editorial: OPS pays a heavy price for pension board's failure to do its due diligence

The pension board needlessly lost $16.2 million to swindlers after no proper checking was done about an investment firm.

How to fix the OPS pension gap? Some solutions could make it harder to hire, retain top teachers

Was OSERS alone in getting heavily into alternative investments? How much does OPS pay annually for pensions?

Henry Cordes and Erin Duffy recently completed a six-part series diving into OPS's $771 million pension shortfall. The investigation has generated a number of questions. You can read some of those answers below.

The chairman of the Legislature’s retirement committee says that while he wants to help ease the financial burden of the pension fund on the district, he’s not interested in having the state absorb the massive $771 million shortfall.

The trustees of the troubled Omaha Public Schools pension fund will continue to be able to tap funds to attend conferences and workshops.