LINCOLN — The race for Nebraska state auditor, thought to be noncompetitive only a couple of weeks ago, is a whole new ballgame following revelations that incumbent State Auditor Charlie Janssen was spending long hours at a sports bar during work hours.

Democratic challenger Jane Skinner — a political novice who filed because no one else had — said before a World-Herald story documenting the current auditor’s office schedule that she doubted she could even afford yard signs for her campaign.

Since then, Skinner said, she’s received hundreds of dollars of political donations and gets almost nightly invitations to speak about her candidacy. She’s not only getting yard signs, but also radio ads to challenge the GOP holder of the $85,000-a-year post.

“It’s been really wonderful and I’m grateful,” she said.

Janssen, meanwhile, has issued an apology for his conduct, and pledged to make changes in his personal and professional life.

“I am asking the citizens to give me a chance to be an even better state auditor moving forward,” said the 47-year-old former state senator and Fremont City Council member following the revelations.

Even with the newfound interest in Skinner’s campaign, it will be an uphill climb. A Democrat has not been elected to a statewide, constitutional office for 24 years. That’s when Ben Nelson won re-election as governor and John Breslow won another term as state auditor. Breslow promptly switched to Republican after his re-election in 1994.

But Skinner, a 33-year-old part-time library specialist from Omaha, said that as a woman and a millennial, she would bring “unique characteristics” to the job, as well as full-time hours. Most state officeholders are “white men over 45,” she said.

“The Democrats are offering something different this year, and I’m one of those people,” Skinner said.

The Craig, Nebraska, native said one goal is to restore dignity to the Auditor’s Office, which she called “an un-helmed ship.”

“There are people in the Auditor’s Office with valuable experience, and more professional experience than I have,” she said. “I’m really excited to see what those people can do when someone is really dedicated to the job.”

Janssen, meanwhile, has asked voters to judge him on his “complete body of work.” He said that in four years as auditor, he has built a closer working relationship with the Nebraska Legislature, kept office spending under budget, and produced audits that saved taxpayers’ money and improved operation of state and local government.

“I never saw that in six years as a sitting state senator,” Janssen said. “Senators are in the nitty-gritty. They want to see where the money is going.”

Skinner, though, was critical of Janssen for what she said was a politically motivated audit of state spending of federal Title X funds, including whether Planned Parenthood was using the funds to finance abortions. Skinner also objected to Janssen’s outspoken advocacy as a state legislator and Fremont City Council member for tougher immigration laws and an end to state-funded prenatal care for pregnant immigrants.

“I just think that he represents the worst of Nebraska’s political landscape,” she said.

In an email response, Janssen, a Navy veteran and married father of four, said that Skinner clearly doesn’t know how the Auditor’s Office operates. The Title X audit, he said, was part of a required, statewide audit.

“We do not play politics with our audits or findings, and our work clearly shows this,” he said.

Janssen said a new law that his office got passed allows the auditor to communicate with state agencies and others while an audit is underway. That way, he said, corrective action can be taken immediately, rather than waiting for an audit to be completed.

Janssen remains as CEO and president of a medical staffing company he helped found called RTG Medical, but says the day-to-day operations have been overseen by the company’s co-founder. According to a state website, RTG Medical has $524,000 in contracts with the Nebraska Department of Health and Human Services.

Janssen’s last campaign report, in mid-June, showed $13,908 in funds left over from his 2014 race. Almost all of the money he spent in that race was from a personal $59,500 loan he made to his campaign.

Skinner has not yet reported any contributions but recently said she expects to file next month, after reaching the $5,000 threshold that requires it. The Nebraska Democratic Party is now investing in the race, recently launching radio ads attacking Janssen for “swilling beer” instead of protecting taxpayers from “fraud and abuse.”

In the past couple of weeks, The World-Herald has observed Janssen spending more time at his State Capitol office; Gov. Pete Ricketts has said that will be key in whether Janssen can repair his standing with voters.

Skinner, however, was not impressed. “Anyone would do that if they got caught,” she said. “He’s been auditor for 3½ years. You can’t just walk all that behavior back in a couple weeks of showing up on time.”

Key issue: As the Nebraska state auditor of public accounts, I am extremely proud of the work we have done over the nearly last four years. The relationships we have forged with the Nebraska Legislature have helped to update laws and have new legislation passed that is helping our office work much more effectively for Nebraskans. Our office has come in under budget each year I have served as auditor, and because of the work we have done, we have saved taxpayers millions of dollars. We also worked with numerous municipalities to help them better serve you. I would appreciate your vote!

Key issue: I’m running for office because I felt it needed to be done. The office of auditor is quiet, but incredibly important, and it is currently being held by a man that is interested only in division and extreme partisanship. I want to be someone who restores the position of auditor to where it belongs: as a tool, not a weapon. I want to restore trust in the political process in general, and in the office of auditor in particular.

Ex-Columbus mayor may have advantage in Nebraska Legislature race, but foe intends to put up a fight

In a four-way primary race, the 67-year-old Mike Moser gathered 56 percent of the vote compared with 21 percent of the vote for second place Doug Oertwich. Moser has a longer list of endorsements, and as of late June had also raised more than three times the campaign funds as Oertwich, a 56-year-old Pilger farmer.

Nebraska’s top government watchdog often has spent more of his Lincoln workday at a sports bar than at his State Capitol office. Charlie Janssen, who is up for re-election to his $85,000-a-year post, says: "I get work done, I'm very productive." 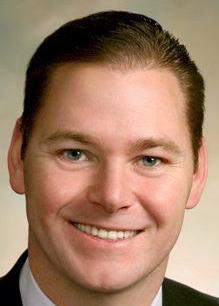 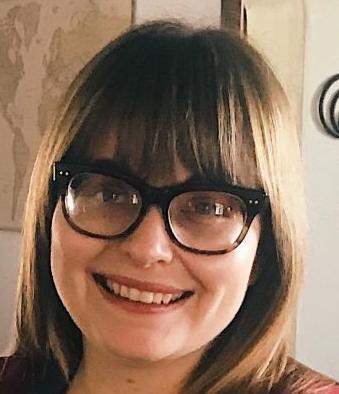