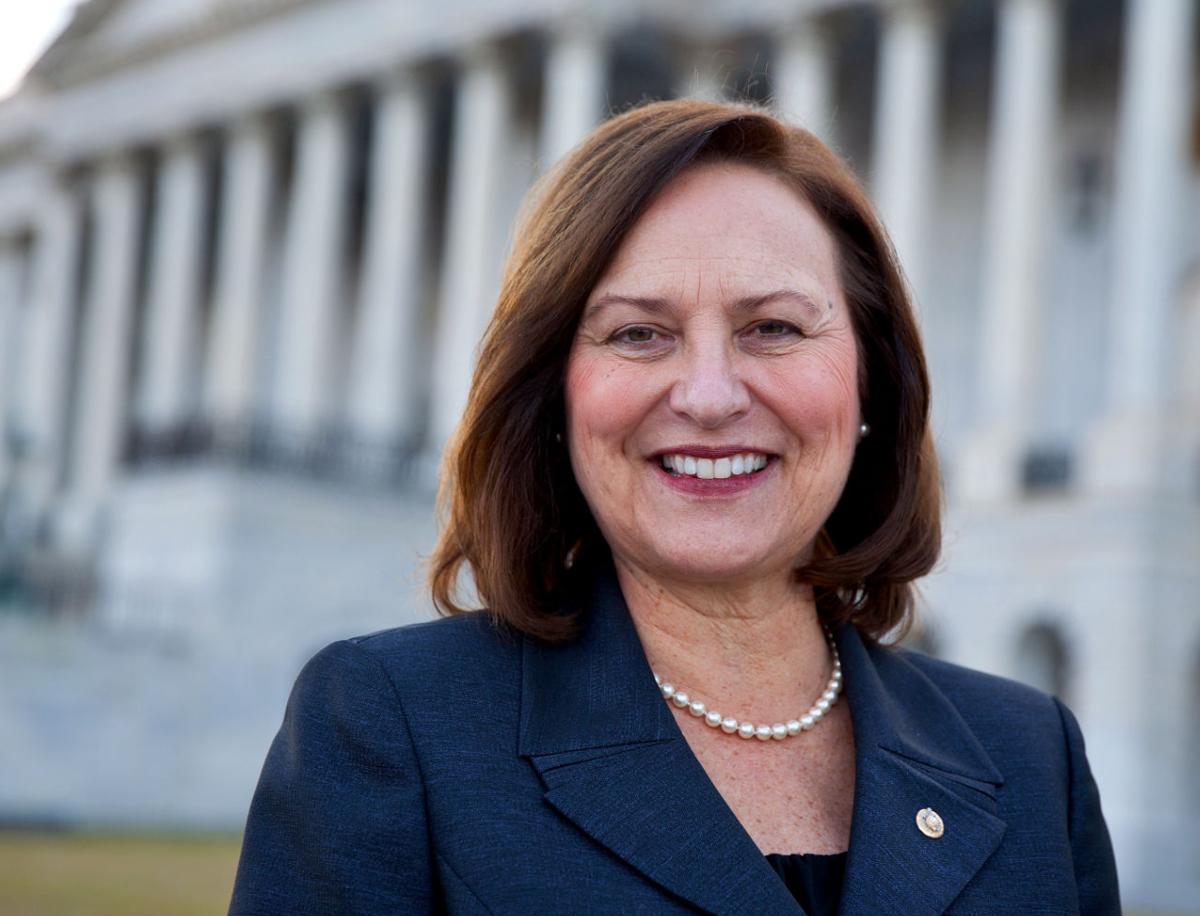 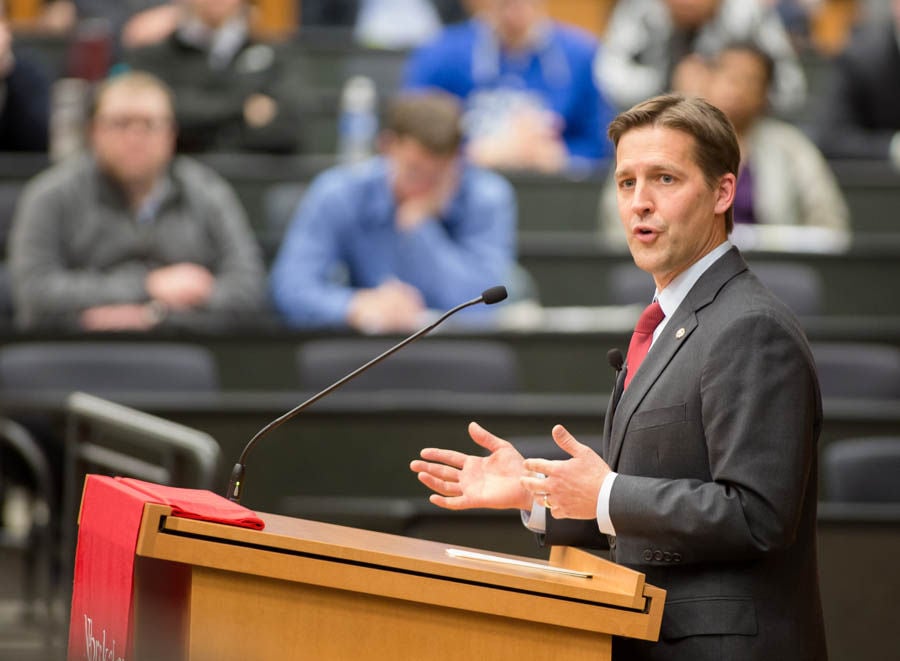 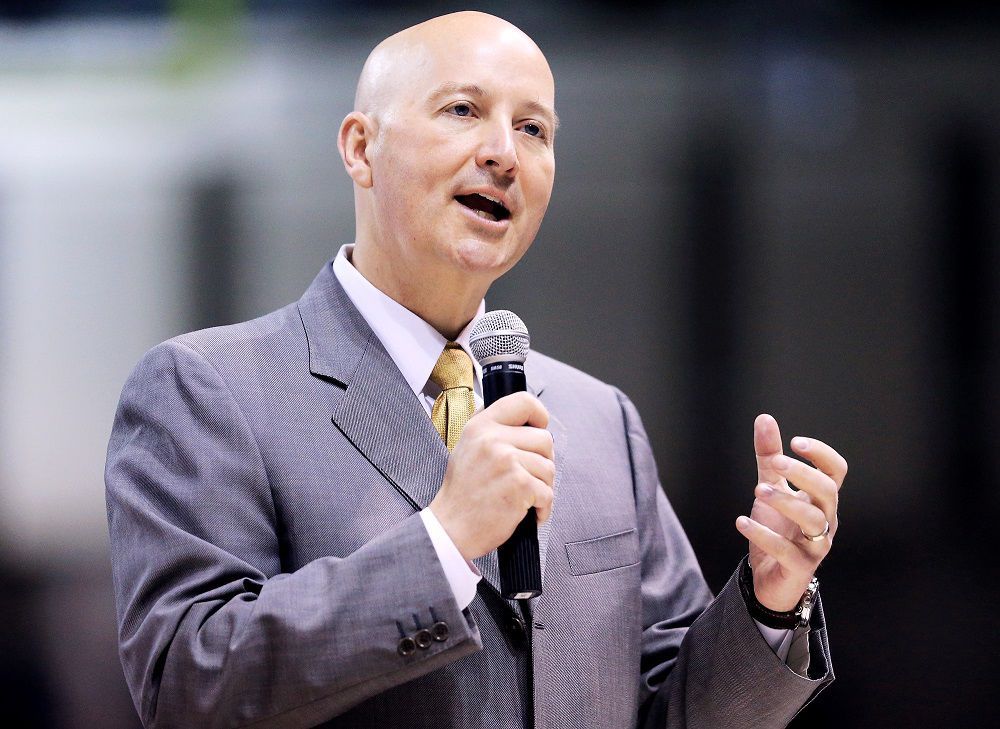 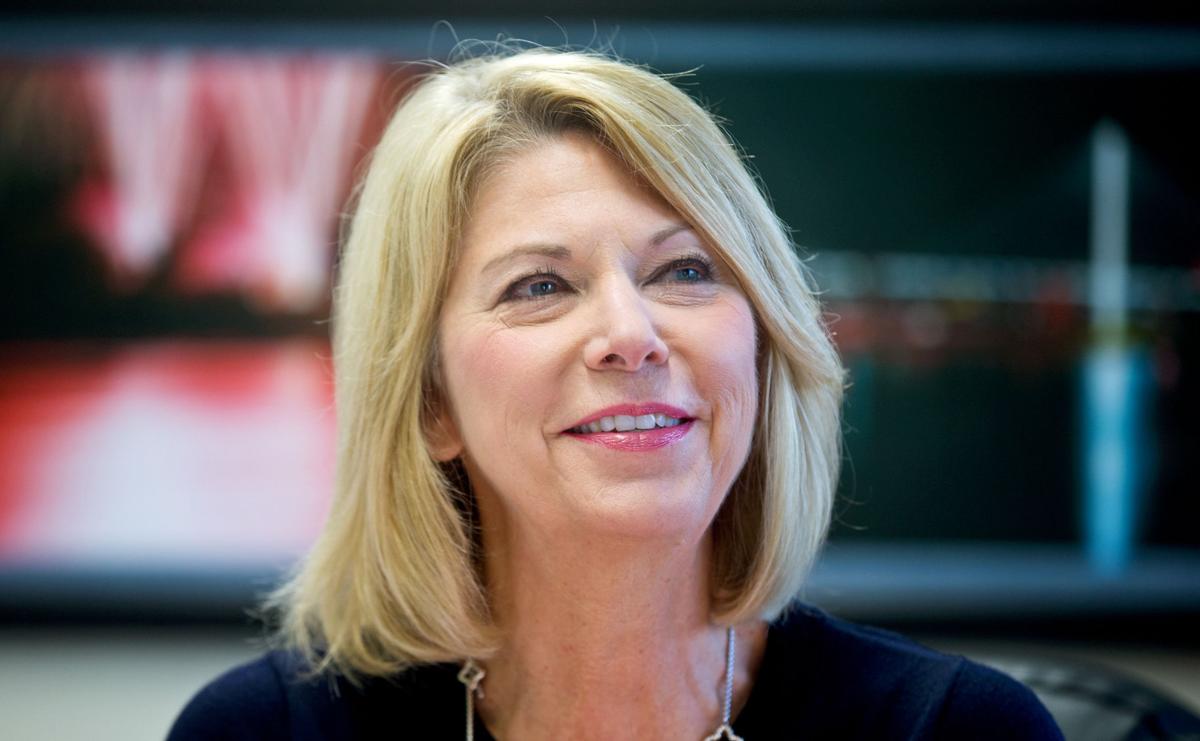 U.S. Sen. Deb Fischer of Nebraska steadfastly stood by Donald Trump all summer, defending him against critics and arguing he was far better than Democrat Hillary Clinton.

On Saturday, Fischer had enough.

Fischer joined U.S. Sen. Ben Sasse of Nebraska and about two dozen other GOP members of Congress over the weekend to denounce her party’s presidential nominee and call for Trump to step aside after the release of a lewd, trash-talking Trump tape.

It had to be a sweet moment for Sasse, an original member of the anti-Trump movement. He was praised in some quarters Saturday for his early — and sometimes lonely — opposition to Trump.

Sasse argued Saturday that Trump could not win and needed to bow out. “He can still make an honorable move,” Sasse wrote on Twitter. “Step aside & let Mike Pence try.”

Fischer agreed with Sasse that Trump could help his party by getting off its presidential ticket. “The comments made by Mr. Trump were disgusting and totally unacceptable under any circumstance. It would be wise for him to step aside and allow Mike Pence to serve as our party’s nominee,” Fischer said.

The state’s two Republican congressmen, Reps. Jeff Fortenberry of Omaha and Adrian Smith of Gering, also condemned Trump’s comments. Fortenberry called on Trump to step aside, while Smith argued Trump should step down if he could not “restore confidence” in his candidacy. (Smith did not say how or when he would determine if Trump had achieved that goal.)

Nebraska Gov. Pete Ricketts and Omaha Mayor Jean Stothert also denounced Trump’s comments but did not call for him to get out. Instead, Ricketts said he would no longer consider even donating cash to Trump, while Stothert said she may or may not be able to vote for the New Yorker in November.

Finally, Papillion congressional candidate Don Bacon urged Trump to withdraw. However, Bacon refused to rule out the possibility that he would vote for Trump in November if the Republican remained on the ticket. “I’m grappling with it because I believe Hillary Clinton is not the right person. I’m in a quandary. I hope he steps down and does the right thing,” said the retired brigadier general.

Bacon is running against Democrat Brad Ashford in the Omaha-based 2nd Congressional District. Ashford has endorsed Clinton and condemned Trump for his recent remarks.

Fischer’s decision to repudiate Trump came as somewhat of a surprise Saturday. She has staunchly backed Trump since he sewed up the nomination this spring, cheering him on at the Republican National Convention in Cleveland. She also stood up for him at the State Republican Convention in Omaha, where Sasse took heat from party officials for his anti-Trump views.

Sasse opposed Trump from nearly the beginning, becoming a leader of the de facto Never Trump Movement before the Iowa caucuses in February.

Sasse has earned accolades from some national political figures for his stance, while facing stiff opposition from some Republicans back home. At least one person on the national front Saturday argued that Sasse deserved praise amid the GOP presidential crisis.

If more Republicans had listened to Sasse and opposed Trump from the beginning, the party would not be facing its historic presidential woes, said Larry Sabato, a political scientist at the University of Virginia.

“You have to give special credit to people like your Sen. Sasse. He was way out front on this and took a lot of abuse, but he clearly did the right thing,” Sabato said.

Of course, there are still plenty of Trump supporters who will continue to rally around their candidate and for whom opposition from elected GOP officials will only serve to stiffen their support for Trump, the anti-establishment candidate.

Sabato argued that such hard-core Trump supporters pose political risks for candidates like Bacon, who are running tough races in swing districts.

“Most politicians act in their own interest. If they’re coming out against Trump, they think it is in their best interest, except you don’t know how many Trump supporters you are losing,” Sabato said.

Bacon said he was thinking about his party’s future when he decided to cut ties with Trump. He said he genuinely believes Clinton will win if Trump stays in the race.

“It’s painful, because I know there are good people who support him, but I think in the end I’m trying to do the right thing,” Bacon said.

The Republican Party plunged into an epic and historic political crisis Saturday with just a month to go until Election Day, as a growing wave of GOP lawmakers called on defiant presidential nominee Donald Trump to drop out of the race in the wake of a video that shows him making crude sexual remarks.

Pence is set to hold a rally Tuesday at 7 p.m. — four days after several members of the Nebraska GOP congressional delegation said the Indiana governor should replace Donald Trump at the top of the party's presidential ticket.

Trump — facing storm of criticism, defections over his sexual comments about women — seizes on never-proved rape allegations against Bill Clinton

Donald Trump tweeted a link Sunday to an interview with Juanita Broaddrick, and its headline that she "relives brutal rapes." Broaddrick's lawsuit against Bill Clinton accusing him of rape was dismissed in 2001 and criminal charges were never filed. Clinton has denied the allegations.

The delay led to an awkward result: NBC News was scooped by The Washington Post, which took just five hours to vet and post its story. The Post acted on a tip from a source who was apparently frustrated by NBC's procrastination over airing perhaps the most consequential story of the 2016 presidential campaign.

In debate brimming with tension, Trump and Clinton square off on video and taxes

The debate was the culmination of a stunning stretch in the campaign, which began with the release of a video in which Trump is heard bragging about how his fame allowed him to “do anything” to women.

Despite earlier calls for Trump to step aside, Nebraskans in Congress now say they plan to vote for him

Many GOP lawmakers across the country are trying to thread a difficult needle — making clear that they are appalled at Trump’s behavior while also assuring their base of supporters that they won’t do anything to put Clinton in power.

Two women tell The New York Times that Donald Trump touched them inappropriately — groping a woman in one instance and kissing a woman in another during separate encounters that took place as long as three decades ago, the newspaper reported Wednesday.

The Rickettses are hardly the only family in America who have gone their separate ways in this year’s roller-coaster presidential election. Additionally, Susanne Shore's decision this year to donate to Clinton, along with her husband’s decision not to write Trump a check, reflects a fundraising gap between the two presidential candidates in both Nebraska and nationwide.

Pets will soon make a return to the White House

Pets will soon make a return to the White House 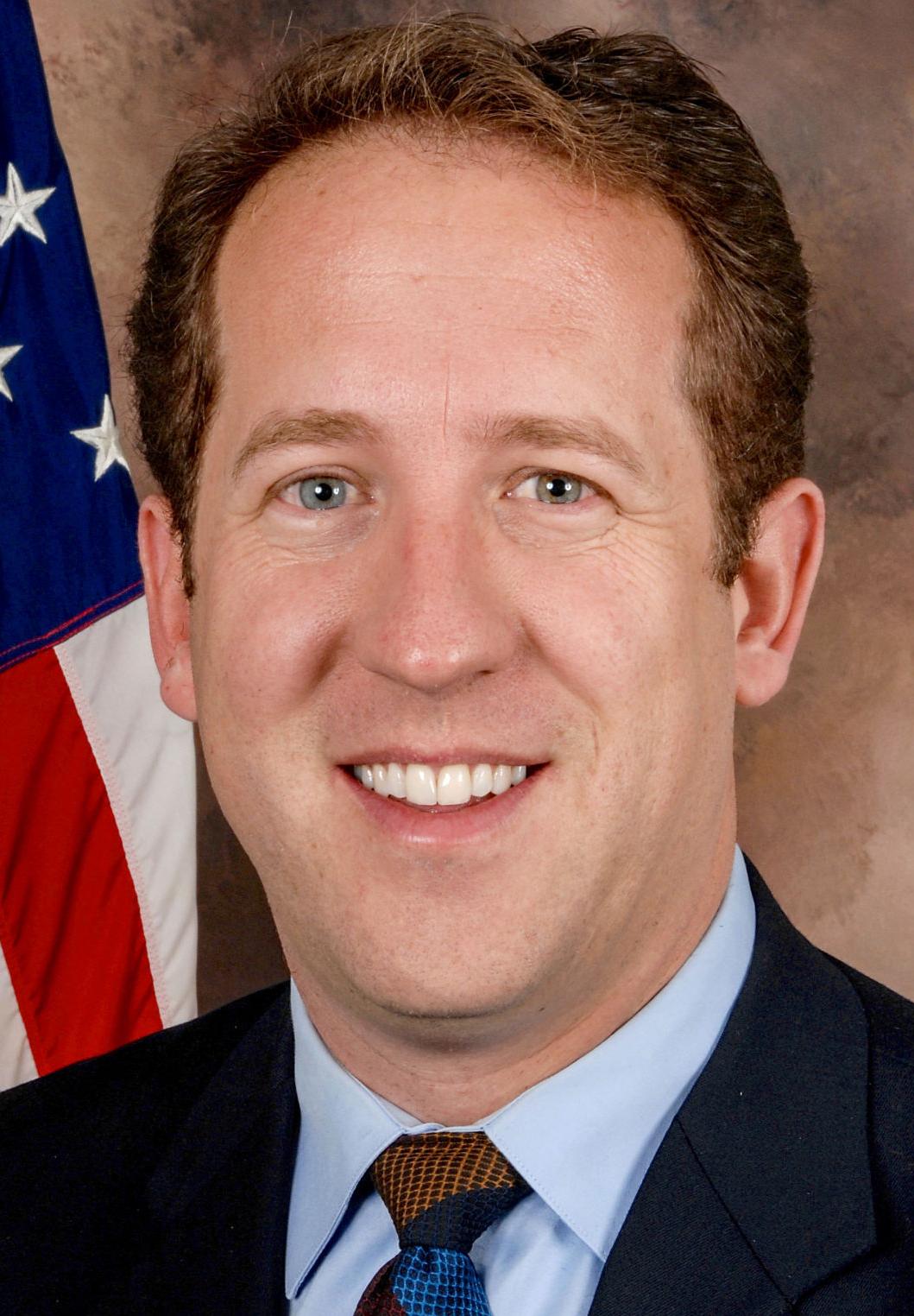