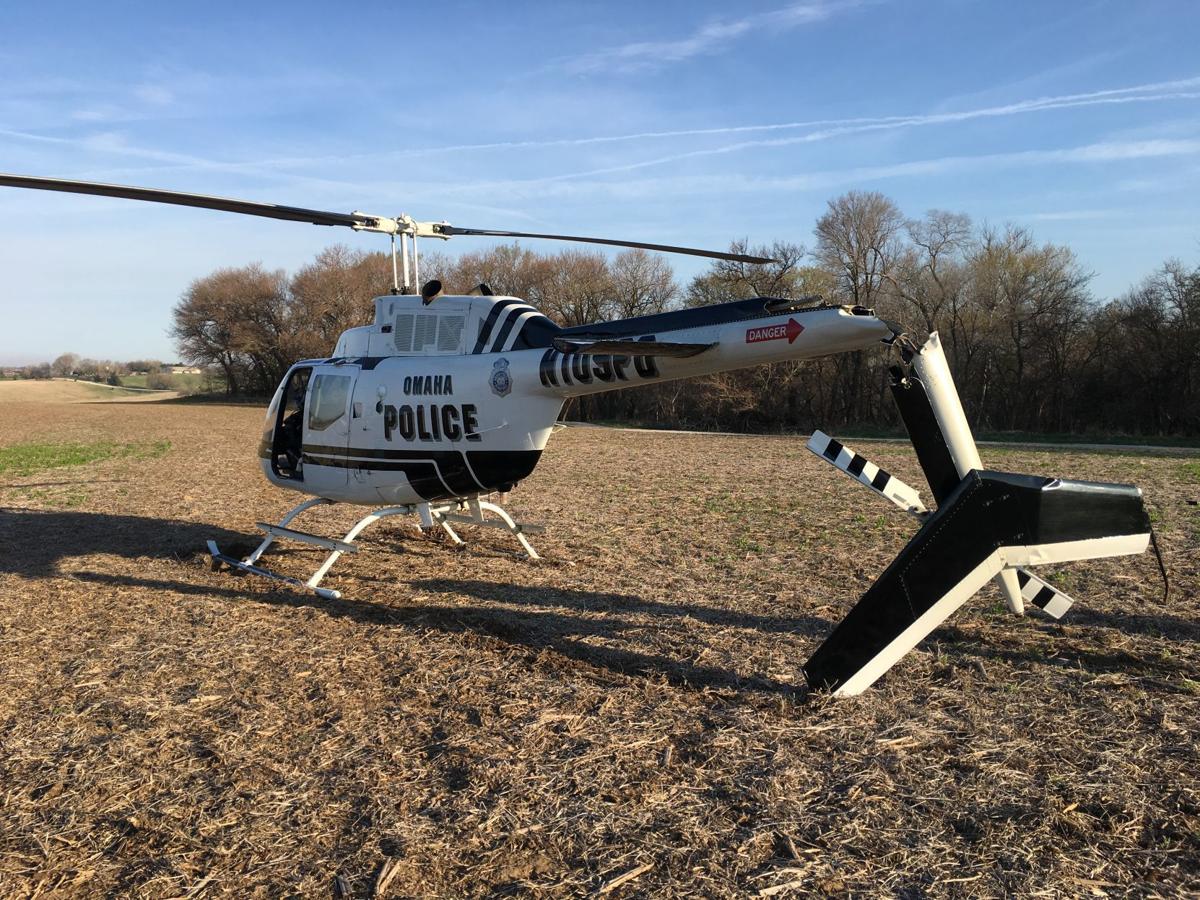 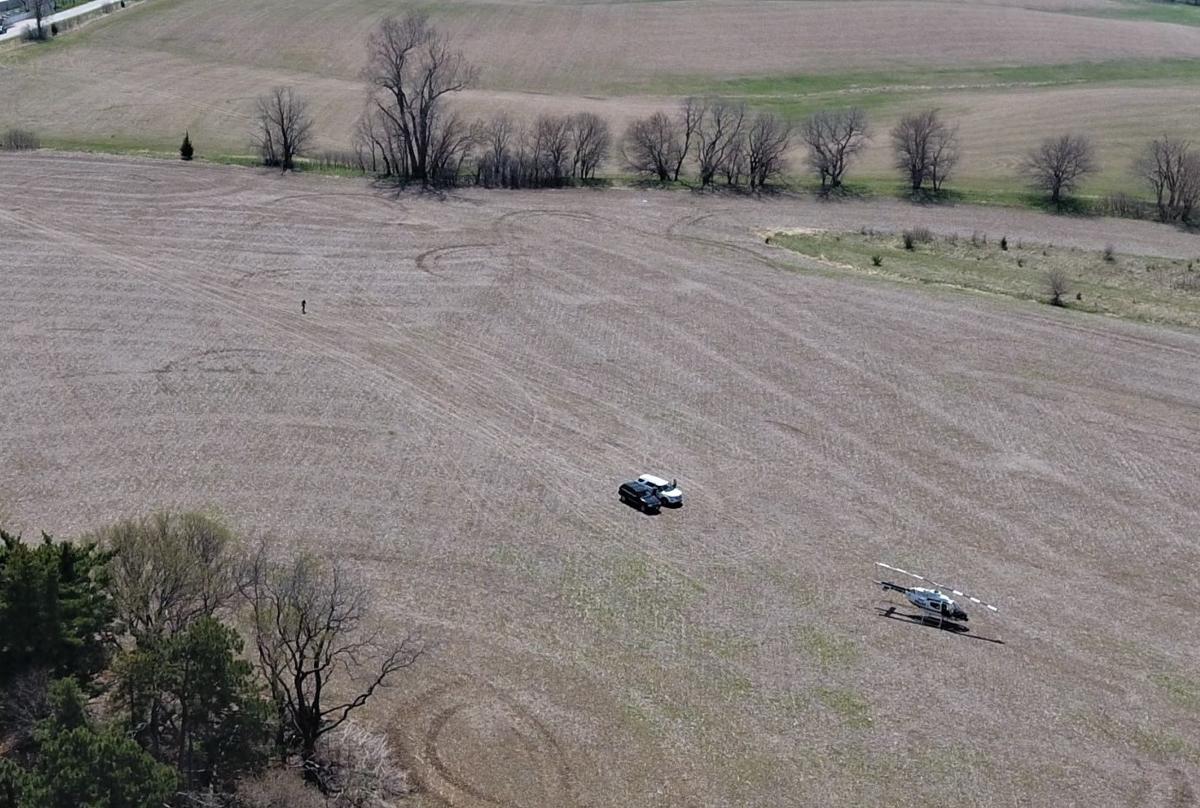 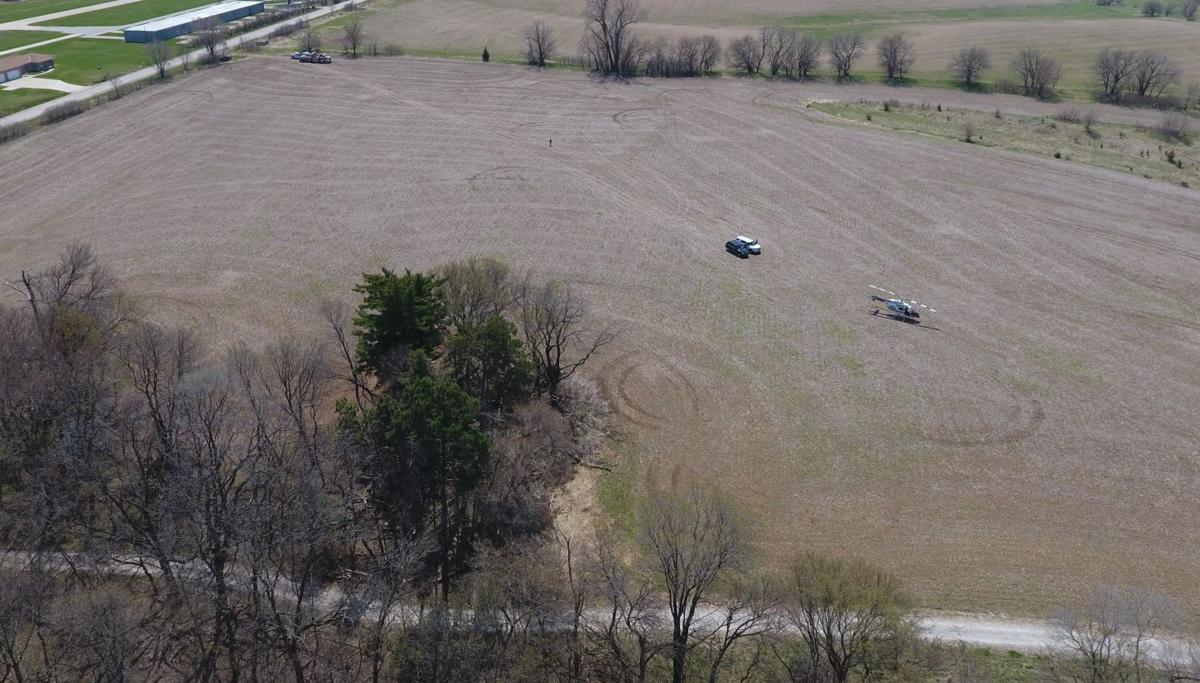 Pilots on an Omaha Police Department helicopter had to make an emergency landing Tuesday morning after a mechanical failure.

The pilots on board, Officers Dustin Hill and Matthew Baughman, were not injured.

The mechanical failure occurred shortly after the helicopter, called Able-1, left the North Omaha Airport at 11901 N. 72nd St. about 7:30 a.m. Tuesday. The pilots, who are sworn officers, decided to make an emergency landing in a field northwest of the airport.

The helicopter, a Bell OH58 acquired from the military, was damaged during the landing and cannot be used. The tail broke as the helicopter was landing and tilted back and forth, causing the rotor blade to clip the tail.

The air support unit was in the second day of annual training with a contractor, who reviews emergency procedures. Hill and Baughman were flying from the airport to get to the training — the flight itself was not a training exercise, though pilots followed normal emergency protocols.

Both pilots have worked for the Police Department for 19 years. Hill has been in the air support unit for 13 years, and Baughman has worked in the unit for 14 years.

The Federal Aviation Administration is investigating the emergency landing.

WH turns focus to getting under 30 vaccinated

WH turns focus to getting under 30 vaccinated

The bishop of the Diocese of Grand Island is scheduled to meet and pray with members of Immaculate Conception Catholic Church before a Mass.

The crash injured four people inside the small business at the time; two of them suffered critical injuries.

Omaha police said a 2015 Nissan Altima sedan was northbound on Highway 75 after 1 a.m. when it struck the rear bumper of a northbound 1995 Chevy Tahoe.

Stephon Clay has been booked into Lancaster County Jail and awaits extradition to Mississippi.

The Omaha Police department hopes to either fix or replace the helicopter to have three working aircraft in the unit.

Two adults and a 13-year-old reportedly were in the water. Pilots saw one man in the water and spotted the two others in a canoe.

An outside company inspected the unit and recommended that Omaha police hire an “experienced aviator in a command leadership position,” and a retired Nebraska State Patrol captain fit that description, Deputy Police Chief Kerry Neumann said.