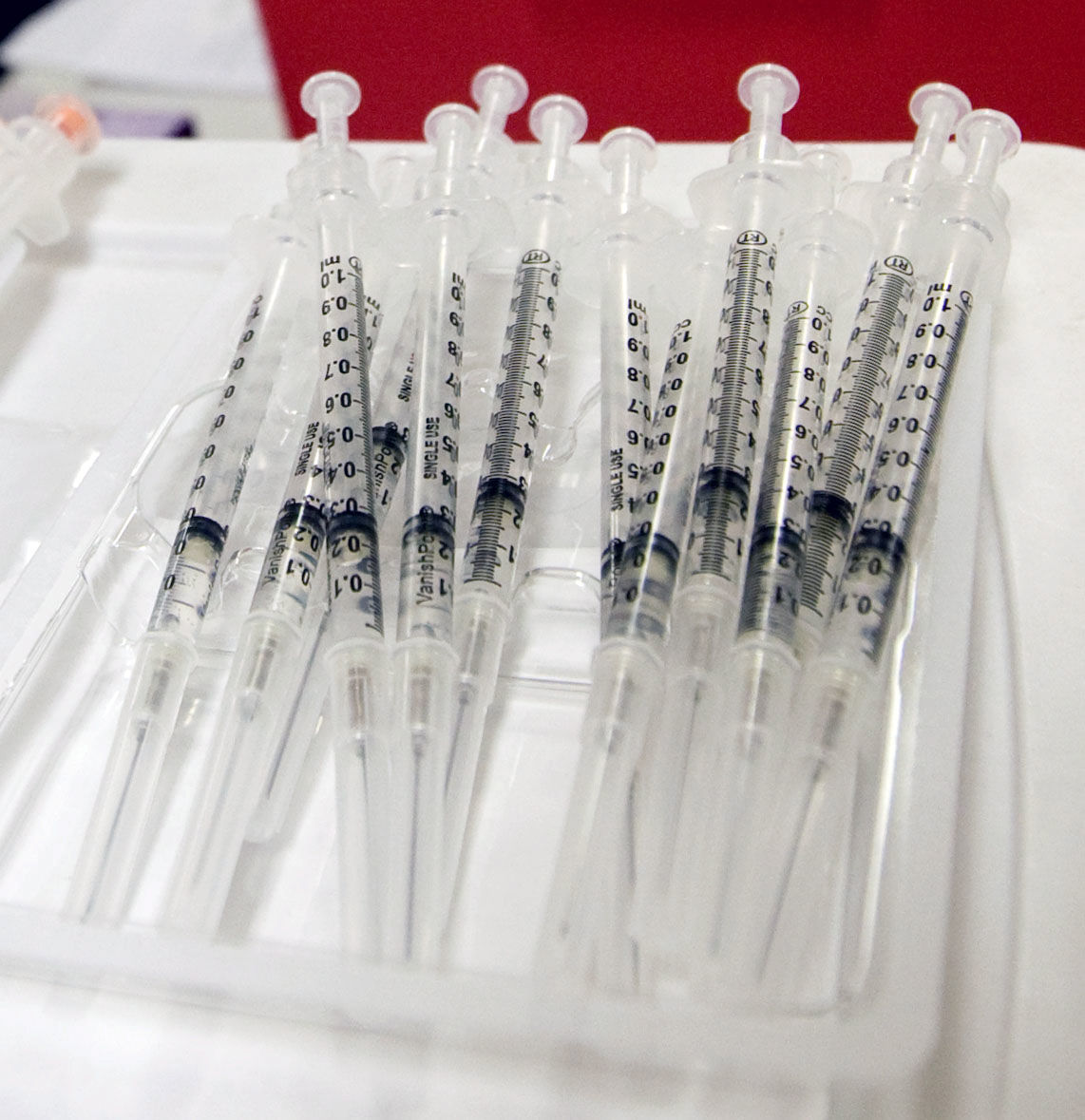 Medical technology company Becton Dickinson, which has plants in Columbus, Holdrege and Broken Bow, will produce syringes and other medical supplies for the coronavirus vaccine. 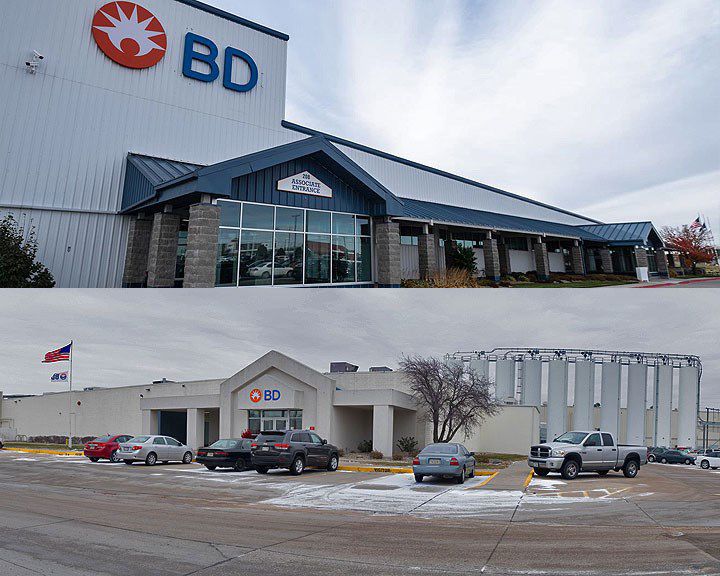 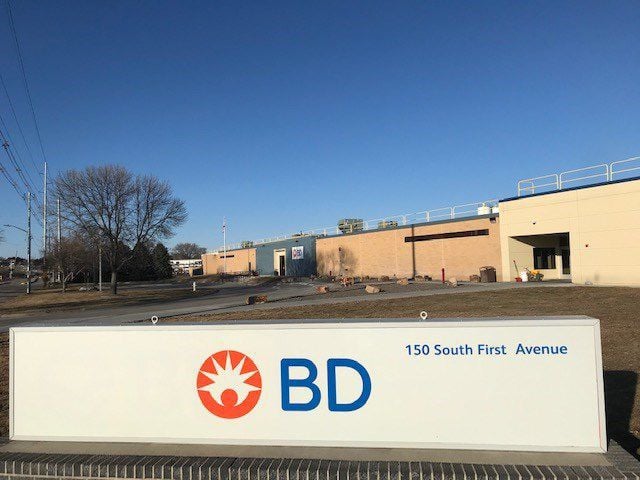 A company with manufacturing sites in Nebraska will play an important role in producing millions of needles and syringes needed to deliver vaccines for the coronavirus.

Medical technology company Becton Dickinson & Co. announced Wednesday that a partnership between the company and the federal government will pour $70 million into expanding operations and production lines at the company’s Nebraska facilities to make injection devices — the syringes, needles, cannulas and other components used for vaccines and other shots.

Plans still are being finalized, but the expansion most likely will focus on the company’s facilities in Columbus and Holdrege that already produce needles and syringes.

Becton Dickinson & Co., also known as BD, employs approximately 3,200 workers at its four facilities in Nebraska — the Holdrege facility, two campuses in Columbus and another in Broken Bow. The facilities produce a variety of medical supplies, including insulin syringes for diabetics, tubes for blood collection and saline flush products.

It’s still unclear how many new jobs, if any, the expansion will create.

“We are extremely proud of our talented and dedicated workforce in Nebraska and our longstanding partnership with the state, and we look forward to building on our strong presence and track record in Nebraska as we move forward,” Rick Byrd, the company’s president of medication delivery solutions, said in a statement.

The arrangement will give the Biomedical Advanced Research and Development Authority (BARDA), part of the U.S. Health and Human Services Office of the Assistant Secretary for Preparedness and Response, a direct and steady supply of the needles and syringes needed to carry out widespread vaccination programs.

BARDA will contribute $42 million to the expansion project, and Becton Dickinson & Co. will pick up the remaining tab of roughly $28 million.

“What that gets BARDA is access to those lines whenever they need them,” said Troy Kirkpatrick, a Becton Dickinson spokesman. “If they need hundreds of millions of syringes within 12 months, they can say, ‘We know where these are being manufactured.’ ... Knowing that they have this capacity sort of at their fingertips is really the benefit for BARDA without having to build and run their own facility.”

BARDA has entered into similar contracts with vaccine makers and other companies as part of Operation Warp Speed, a Trump administration initiative designed to ramp up the manufacturing and distribution of a COVID-19 vaccine, treatments and medical supplies.

Readying the new production lines is expected to take about a year. Depending on the successful development of a coronavirus vaccine and the status of the global pandemic, the supplies produced in Nebraska could be used during the current pandemic or to prepare for another emergent disease.

Early predictions suggest that two doses of a coronavirus vaccine may be needed, Kirkpatrick said — an initial shot and a booster several weeks later.

“We’re potentially talking about two syringes for every person on the globe,” he said.

Nebraska Gov. Pete Ricketts said the project is another example of how Nebraska is pitching in to fight the pandemic.

“Right now, the entire world is focused on developing a vaccine, so we can win the war against coronavirus,” Ricketts said in a statement. “From the beginning, when Americans abroad came to Omaha and Ashland to quarantine, Nebraska has played an important role during the pandemic. Thank you to BD for choosing Nebraska for this investment, which will play a pivotal role in quickly delivering vaccines to the marketplace.”

In addition to the injection devices, the company has been pumping out other supplies in response to the pandemic, including diagnostic tests, nasal swabs and catheters for patients in intensive care units.

Its facilities and workers haven’t been immune from the virus: Kirkpatrick confirmed that some workers at BD’s Nebraska facilities have tested positive for the coronavirus. Workers in close contact at manufacturing facilities — meatpacking plants in particular — have fallen ill with the disease caused by the virus in Nebraska and across the country.

BD took precautions early on, Kirkpatrick said, by checking workers’ temperatures and spacing them out whenever possible.

Over the last several years, before the coronavirus hit, the company had announced plans to spend at least $340 million upgrading and expanding its Nebraska locations.

Becton Dickinson came to Columbus in 1949 when the federal government asked the company, which is based in Franklin Lakes, New Jersey, to move its production inland because of the threat of Soviet Union bombers during the Cold War.

An aluminum plant in Columbus had closed after World War II, and officials from the community negotiated with Becton Dickinson to relocate.

Private labs are processing several hundred thousand coronavirus tests each day, and have warned they have massive backlogs.

What Nebraska businesses got the most PPP loans?

Of the more than 42,000 businesses and organizations receiving PPP loans in Nebraska, the most went to corn growers, cattle ranchers and churches.

Nebraska is one of biggest recipients of this federal loan program. But who's getting the money?

Compared to other states, Nebraska has been one of the biggest beneficiaries of the federal Paycheck Protection Program.

Marks Bistro in Dundee is shifting away from its restaurant business and will instead sell gourmet food products from its wine shop.

Questions about OPS's plan for school? Here's what officials are saying

There are several key questions to consider about Omaha Public School's plan for school in the fall.

As the coronavirus pandemic claimed its 100th victim in Douglas County, the county’s health director says new cases are growing among young people.

Gov. Pete Ricketts said he’s excited to see Husker football kickoff this fall like everyone else, and would offer up his COVID-19 testing program if it would help that happen.

Nebraska health officials have identified a golf tournament as having sparked a surge of COVID-19 cases. Find out that and more in the weekly coronavirus roundup.

What researchers are trying to decipher are the factors that lead to critical illness in COVID-19 patients and how their illnesses progress.

Enough money remains available to award up to 14,000 additional grants worth $12,000 apiece; the application deadline is Friday.

One of the key ways that Nebraska can boost its economy for the long term is by strengthening high-productivity businesses that provide good pay for employees. Becton Dickinson & Co. is a fine example.

Medical technology company Becton Dickinson, which has plants in Columbus, Holdrege and Broken Bow, will produce syringes and other medical supplies for the coronavirus vaccine.