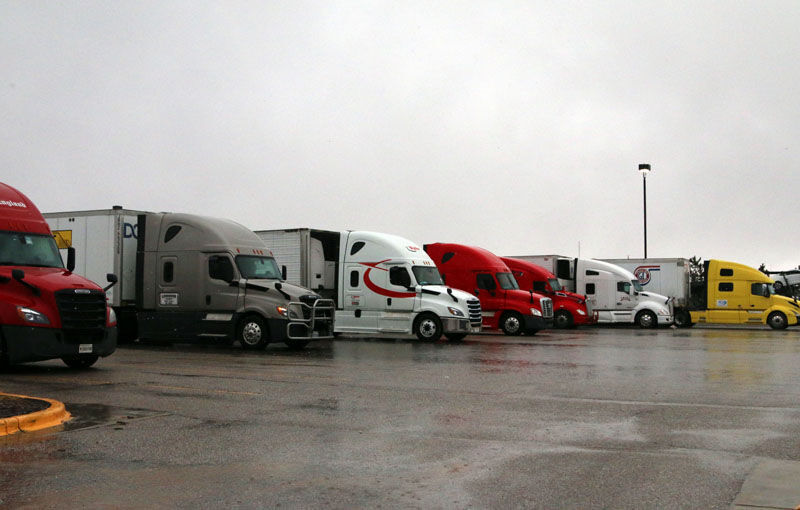 Dozens of trucks were stranded in Kearney on Monday amid the closure of Interstate 80. 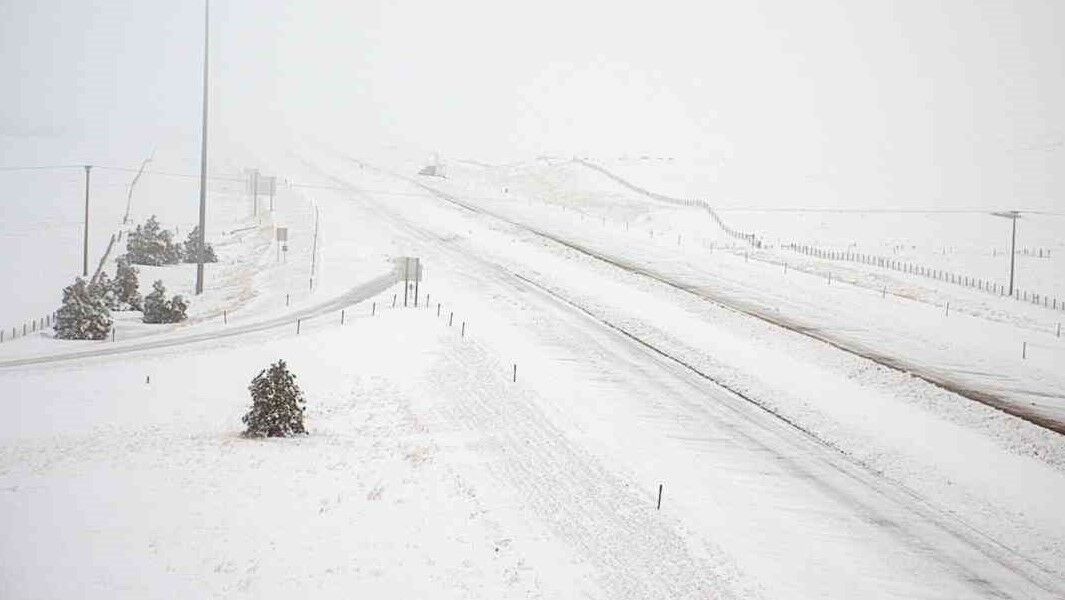 A Nebraska Department of Roads camera captures conditions on Interstate 80 about 7 a.m. Monday near the Nebraska-Wyoming border.

Nebraska communities along Interstate 80 filled with semis and other vehicles on Monday as a blizzard-induced closure of westbound Interstate 80 continued into its third night.

The record-breaking storm dropped 1 to almost 3 feet of snow on either side of the Nebraska-Wyoming border and delivered eastern Nebraska its wettest day of March in more than 120 years of records.

Cheyenne, Wyoming, which is along I-80, recorded 30.8 inches of snow. In the Nebraska Panhandle, 19 inches of snow was reported south of Gering.

I-80 is one of the nation’s busiest east-west corridors. Although traffic had dropped off because of the storm, Nebraska’s section typically carries about 20,000 vehicles a day, said Jeni Campana, spokeswoman for the State Department of Transportation.

Westbound I-80 closed at Sidney at 9 p.m. Saturday, and by Monday afternoon, the Nebraska closure had extended about 270 miles farther east to Grand Island.

Monday evening, westbound I-80 reopened to those traveling no farther west than the I-80 split with Interstate 76 and roads officials asked for patience as traffic began moving.

At nearby Big Springs, more than 650 big rigs had filled the Flying J parking lot Monday afternoon, said Drew Small, a lead cashier. “This parking lot is flat full. ... We have a lot of agitated truckers; they’re ready to go.”

Westbound travel into Wyoming would likely remain closed until at least Tuesday afternoon, according to the Wyoming Department of Transportation. Drifts of 3 to 4 feet were common along roadways.

“These drifts are heavy and hard to move and continue to be impacted by blowing snow, the department tweeted.

In Kearney, side streets filled with dozens of semis, according to the Kearney Hub.

Among the 30 truck drivers who were waiting in the gravel lot at Viaero Center was Peter Pausa, who was hauling a load of high-quality ice cream to Denver from Canada.

“How long will it be until we can get back on the road?” Pausa asked as rain spit into his face. “Somebody told us we can’t use the washroom inside the arena. Well, that’s no good. We have to go sooner or later.”

Omaha and Lincoln recorded their wettest March day ever, said meteorologist Taylor Nicolaisen of the National Weather Service in Valley.

Omaha recorded 2.58 inches of rain at Eppley Airfield on Sunday. The previous rainiest day of March was the 2.44 inches on March 27, 2004.

“It was pretty wild because, over a 29-hour period, Omaha had 3.04 inches of rain,” Nicolaisen said. “That’s enough to give Omaha its wettest week ever for March.”

Lincoln reported 2.97 inches Sunday. Its previous March record was the 1.96 inches that fell on March 25, 1906. Lincoln recorded 3.76 inches of rain from the storm.

Yesterday was the wettest day in March history in eastern Nebraska with records that go back 120+ years.

Westbound Interstate 80 was closed from Kearney into Wyoming on Sunday night, and traffic was being routed into area communities.

Interstate 80 in Wyoming reopens to traffic in both directions

Dozens of trucks were stranded in Kearney on Monday amid the closure of Interstate 80.

A Nebraska Department of Roads camera captures conditions on Interstate 80 about 7 a.m. Monday near the Nebraska-Wyoming border.