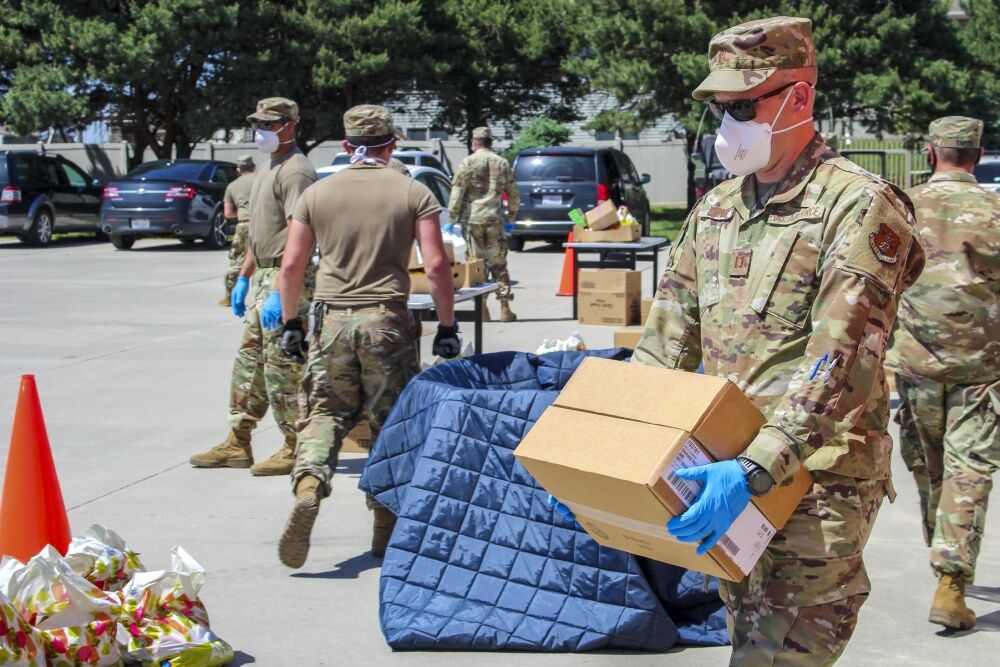 Capt. Michael Zimmer carries a box of food in June during a food drive in Waverly, Nebraska. Zimmer, a chaplain, will deploy to Washington for President-elect Joe Biden's inauguration. 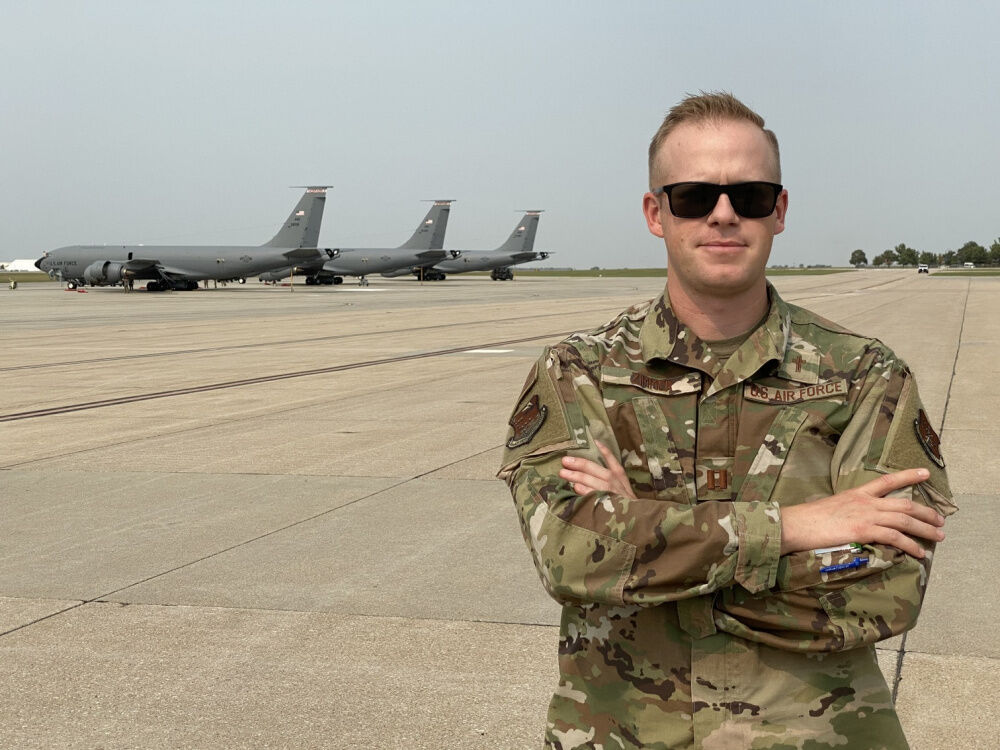 Capt. Michael Zimmer, Roman Catholic chaplain of the Lincoln-based 155th Air Refueling Wing, will be part of a 30-member contingent of Nebraska National Guard members deploying to Washington, D.C., for next week’s inauguration. 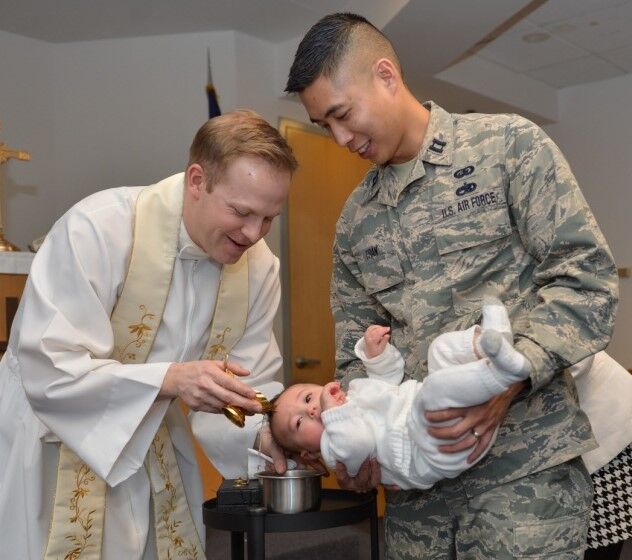 Nebraska is sending 30 National Guard members to Washington, D.C., next week to help with security and support services for the inauguration of President-elect Joe Biden on Jan. 20.

Many of the 28 airmen and two soldiers will set up and maintain telecom systems so local law enforcement can communicate with the National Guard troops who are helping them, said Maj. Scott Ingalsbe, a Nebraska National Guard spokesman. Others will be helping with food service. Some will be staying as long as 10 days.

A Roman Catholic chaplain, Capt. Michael Zimmer, will be deploying with a chaplain’s assistant, Tech. Sgt. Shawn Patsios, to celebrate Mass and cater to the spiritual needs of Guard members.

“We’re proud to be able to support our members in D.C.,” Zimmer said.

Ingalsbe said the Nebraska deployments have been planned for months. They aren’t connected to last week’s riot in which far-right supporters of President Donald Trump forced their way into the U.S. Capitol to disrupt the Electoral College vote count. Five people died during or shortly after the melee, and a Capitol Police officer who was part of the response later died by suicide.

Counterterrorism experts say some groups have threatened violence during the inauguration and in the days leading up to it.

Army Gen. Daniel Hokanson, who heads the National Guard Bureau in Washington, told reporters Monday that 10,000 Guard members are already scheduled to deploy, including 6,200 from the District of Columbia and five nearby states already on duty since the Jan. 6 insurrection. He said another 5,000 could be added from other states, depending on requests from the Secret Service, the U.S. Park Police and the Capitol Police.

Zimmer, 36, serves St. Mary Catholic Church in Sutton, Nebraska. He and Patsios will leave after Sunday services and spend four days as all-purpose counselors to Guard members, whether they are Catholic or not.

Zimmer said he’s not worried about the threat of political violence in Washington during the deployment.

“The greatest blessing about the military in America is that it’s apolitical,” he said. “My biggest concern is to support our members. Wherever there’s a need, we’ll respond.”

Gov. Pete Ricketts said Monday that "appropriate precautions" will be taken to avoid the violence and property damage that occurred in the nation's Capitol last week.

Omaha police working with FBI on local security ahead of inauguration

The Omaha field office of the FBI is working with local and state law enforcement to ward off any violence related to President-elect Joe Biden’s inauguration, and it’s seeking the public’s help.

Ricketts has been a strong Trump supporter but acknowledged in December that there would be a change of administrations even as Trump continued to claim, without evidence, that he won the election.

Gov. Pete Ricketts and Maj. Gen. Daryl Bohac, the state’s adjutant general, approved 70 additional men and women because many volunteered for the deployment.

Capt. Michael Zimmer carries a box of food in June during a food drive in Waverly, Nebraska. Zimmer, a chaplain, will deploy to Washington for President-elect Joe Biden's inauguration.

Capt. Michael Zimmer, Roman Catholic chaplain of the Lincoln-based 155th Air Refueling Wing, will be part of a 30-member contingent of Nebraska National Guard members deploying to Washington, D.C., for next week’s inauguration.