Thomas Binau of Council Bluffs has 50,000 reasons to celebrate his family’s birthdays.

For three or four months now, Binau, 54, has been using the birthdates of his immediate family members to play the Powerball lottery game.

He bought the ticket at the Super Saver on North Broadway in Council Bluffs when he and his wife, Tammy, stopped to buy groceries.

The next day, Binau checked the winning numbers on his phone. He had trouble believing what he saw. He checked and rechecked several times before he called his wife and broke the news, he told Iowa Lottery officials.

“I was so nervous, shaking,” he said, according to a lottery press release. “I was going to sign the back of the ticket and I was shaking so bad that I could hardly sign.”

He told lottery officials that he planned to pay off some bills and put the rest of his winnings away for an emergency.

Had he matched all six numbers, Binau would have had even more reason to celebrate. The Powerball prize was $241.9 million, but there was no winner. The jackpot for Wednesday’s drawing will be worth an estimated $274 million, or $198 million for the cash option.

Binau’s prize comes only a week after another man from the Omaha metro area claimed a Powerball prize, also worth $50,000.

Rome Thomas, 19, of Omaha, also matched four white numbers plus the Powerball in the Aug. 4 drawing. Thomas bought his ticket at the Quik Trip convenience store at 4404 N. 72nd St. in Omaha.

Thomas told Nebraska Lottery officials that he plans to save his winnings.

Someone who bought Nebraska Pick 5 ticket in Valley has won $70,000

A person who bought a Nebraska Pick 5 ticket in Valley is holding a ticket worth $70,000, the Nebraska Lottery said. 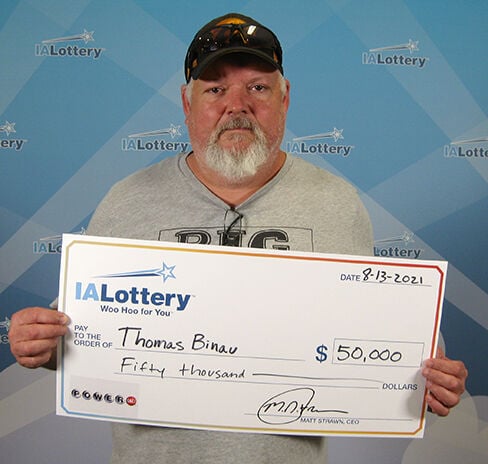 Thomas Binau of Council Bluffs won $50,000 in the Powerball lottery. 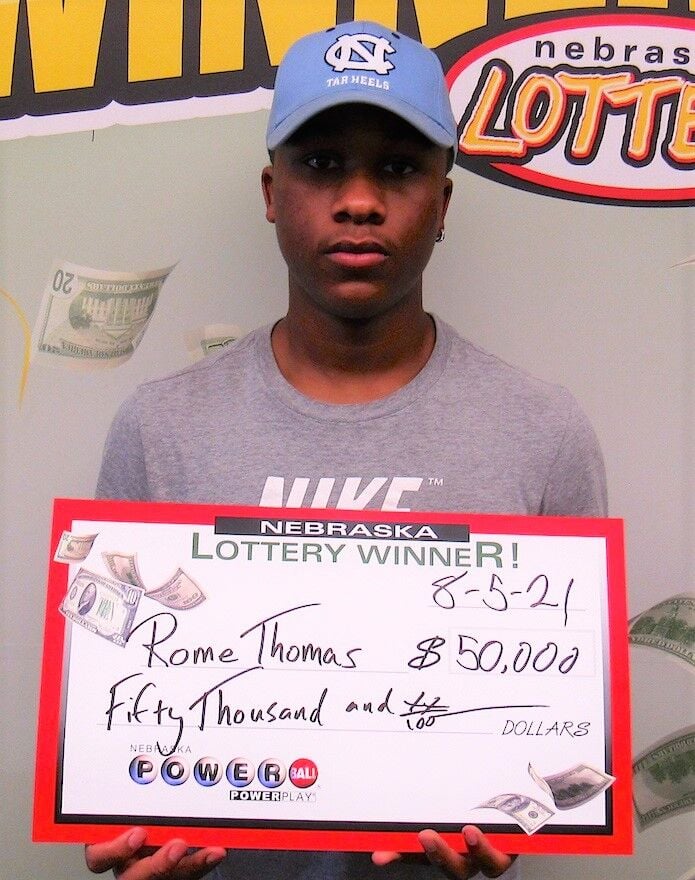 Rome Thomas, 19, of Omaha said he plans to save his lottery winnings.