COVID antibodies found in deer, but Nebraska Game and Parks says risk to humans is low
11 comments
Share this

Even though recent studies have found COVID-19 antibodies in deer, wildlife experts say Nebraska hunters heading out Saturday for the firearm deer season shouldn’t be worried.

There is no evidence that animals, such as deer, are playing a significant role in the spread of COVID-19, said Alicia Hardin, wildlife division administrator for the Nebraska Game and Parks Commission.

“Available information indicates the risk to be low, and you can’t get it from eating the meat,” Hardin said.

The U.S. Department of Agriculture’s Animal and Plant Health Inspection Service recently analyzed serum samples from white-tailed deer for the antibodies. In 481 samples collected between January 2020 and March 2021 from Illinois, Michigan, New York and Pennsylvania, it detected SARS-CoV-2 antibodies in 33% of those samples.

A recent study in Iowa, which has not been peer-reviewed, found that among Iowa deer studied between April 2020 and January 2021, nearly 80% had detectable levels of COVID-19.

In that study, scientists said they are concerned about the possibility of the virus mutating within the deer population and creating a new strain that could be transmitted back to humans.

Scientists at Penn State, working with the Iowa Department of Natural Resources and Iowa State, authored the study.

“To date, there have been no cases of contracting COVID-19 from eating food, including hunted wild meat,” said Rachel Ruden, the Iowa DNR’s state wildlife veterinarian.

She said hunters should thoroughly cook the meat of any deer they harvest.

Hardin said Nebraska Game and Parks will be working with the USDA health inspection service to begin its own tests on white-tailed deer in the state.

Hardin said Game and Parks officials don’t want to alarm people without the scientific evidence to back up any statements.

“The point is, you keep vigilant,” she said. “Our agency recommends following any CDC guidance.”

Although there is no evidence that people can get COVID by preparing or eating meat from an animal infected with SARS-CoV-2, hunters still should be cautious, Hardin said.

“You should continue to practice safe animal-handling techniques when gutting deer, like wearing rubber gloves, washing equipment after use and washing your hands,” she said. “It’s no different than how you would treat anything when handling wild game meat.”

Hardin said there still are lots of unknowns about COVID in deer, hence the decision by many agencies to do more testing. The USDA health inspection service is working closely with federal and state partners, including the U.S. Department of the Interior, the Centers for Disease Control and Prevention and the Association of Fish and Wildlife Agencies, to determine next steps.

The USDA isn’t sure how the deer are are being exposed to the disease, and the animals don’t appear to show clinical signs of COVID. About 30 million deer live in the U.S., and they often come into close contact with people.

Wildlife officials have seen an uptick in Epizootic Hemorrhagic Disease, which Hardin said isn’t uncommon in times of drought. It’s nothing compared to a huge outbreak in 2012, she said, which hit the deer population hard.

“It’s mostly in the eastern part of the state, where we see higher populations of whitetails,” Hardin said. “We did see it in pronghorn antelope and bighorn sheep in the west and a few deer out there.”

There is no evidence that people can get COVID-19 by preparing or eating meat from an animal infected with SARS-CoV-2, including wild game meat hunted in the United States. However, hunters can get infected with many other diseases when processing or eating game. Hunters should follow these food safety recommendations:

• Do not allow contact between wildlife and domestic animals, including pets and hunting dogs.

• Do not harvest animals that appear sick or are found dead.

• Keep game meat clean and cool the meat down as soon as possible after harvesting the animal.

• Avoid cutting through the backbone and spinal tissues and do not eat the brains of wildlife.

• When handling and cleaning game, you should wear rubber or disposable gloves and refrain from eating, drinking and smoking.

• Cook all game meat thoroughly (to an internal temperature of 165 degrees F or higher). Check with your state wildlife agency regarding any testing requirements for other diseases.

The three snow leopards at the Lincoln Children’s Zoo have died of complications from COVID-19. The zoo reported that its Sumatran tigers seem to have fully recovered.

Hunters are happy with mild start and lots of deer activity.

Hunters enjoyed perfect weather for the start of the firearm deer season Saturday, and harvest success seemed strong, as well.

The University of Nebraska Medical Center's outdoor rink will open later this month. The rink wasn't open last year because of the coronavirus pandemic.

Nebraska's per capita rate of new cases now is almost double the U.S. rate and 14th-highest in the country.

Gov. Pete Ricketts credits Nomi Health with providing critical services during an emergency, but some have criticized the non-competitive nature of the first contract awarded to Nomi.

The court order said that the federal Centers for Medicare & Medicaid Services had no clear authority from Congress to enact the vaccine mandate for providers. 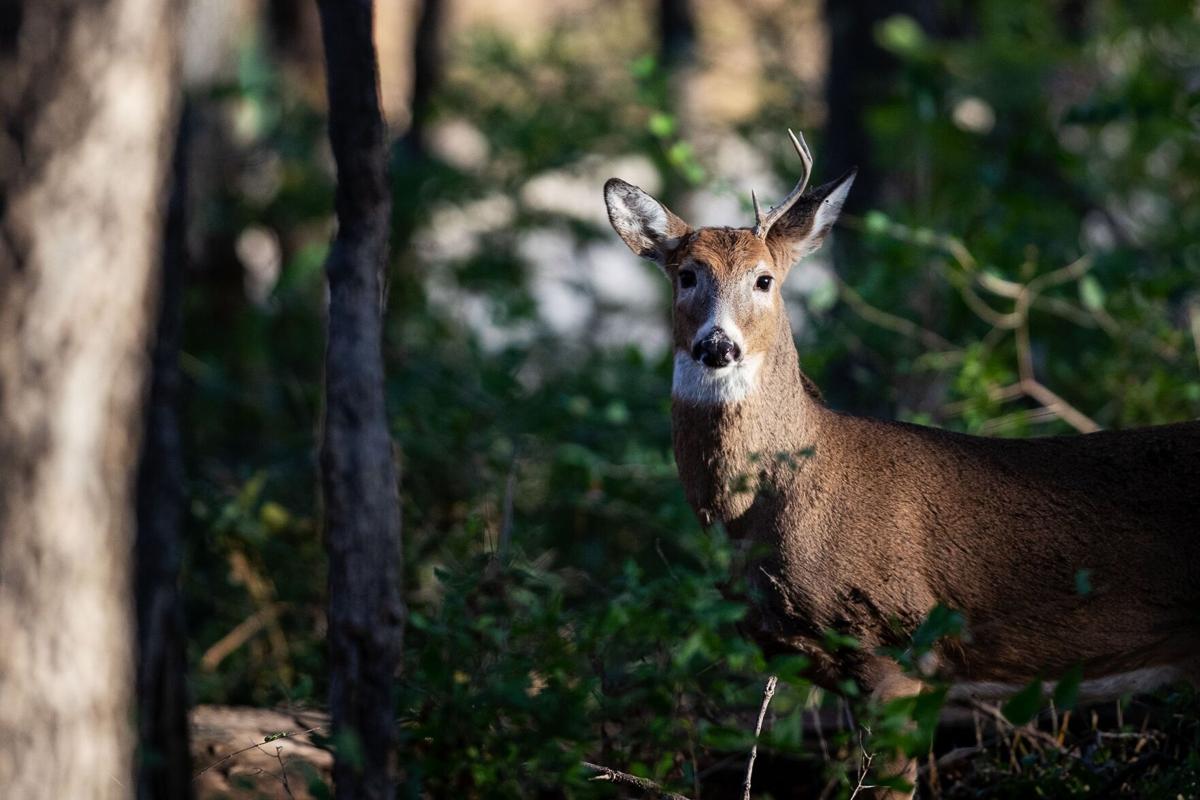 A deer pokes his head out of a wooded area in Bellevue. Studies have found COVID-19 antibodies in deer, but hunters going into the field today for the firearm deer season shouldn’t be concerned, wildlife experts say. 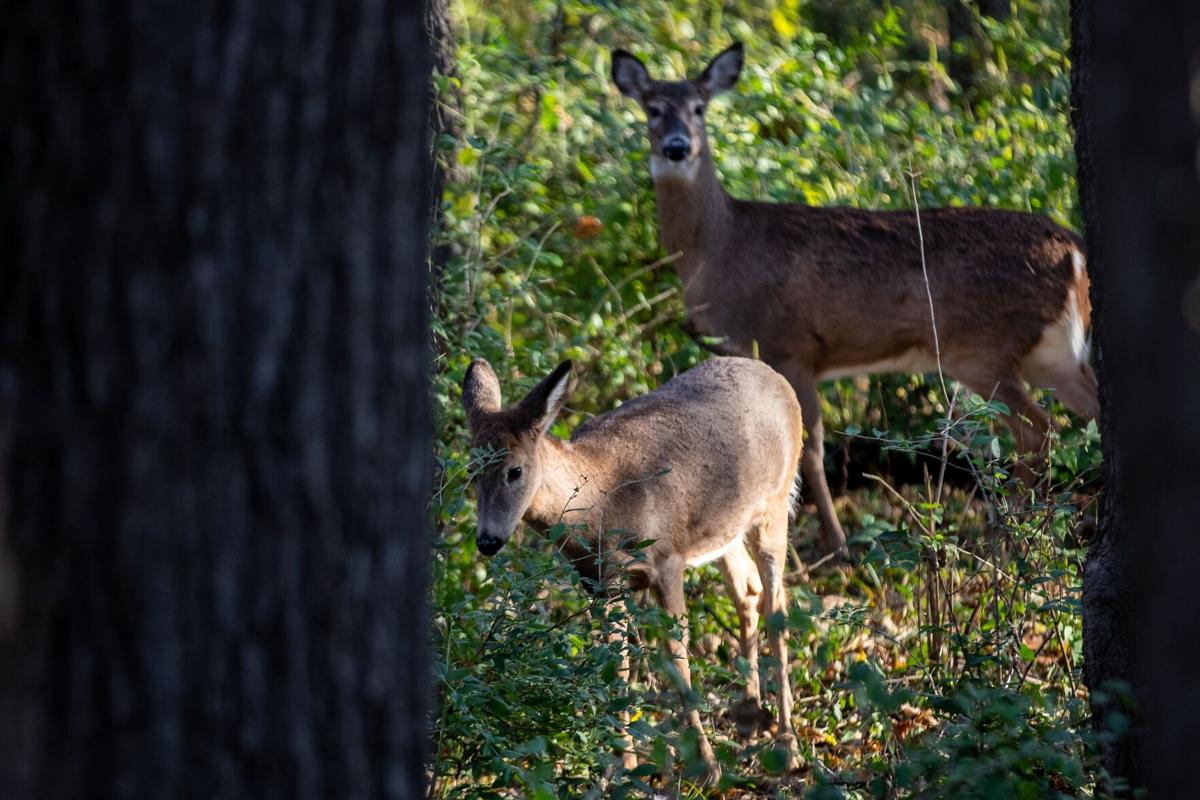 Two deer search for food in Bellevue on Thursday. Nebraska Game and Parks will be working with the USDA health inspection service to begin tests on white-tailed deer in the state.