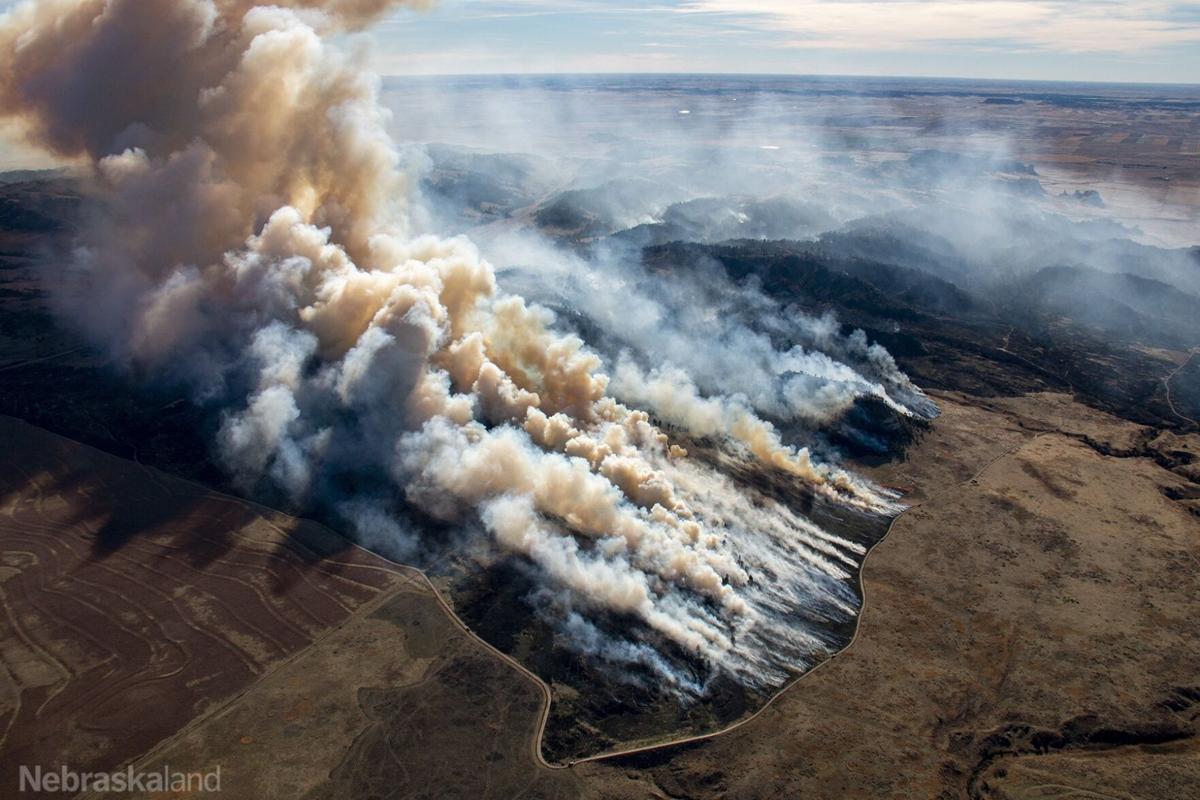 The Buffalo Creek fire along the Wildcat Hills south of Scottsbluff-Gering has grown rapidly since it started Sunday. 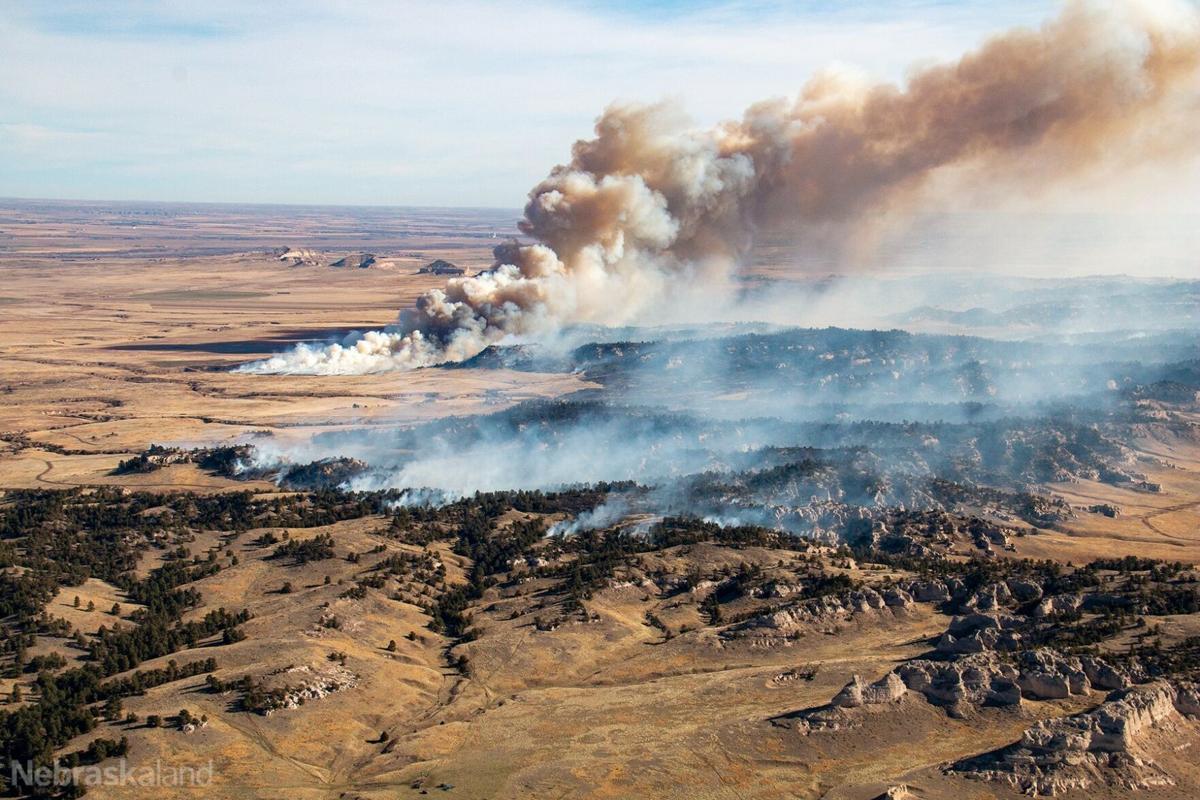 Nebraska has sent National Guardsmen and two states have sent personnel this week to help battle yet another large fire in western Nebraska.

This is at least the fourth major fire in the state this year.

Gov. Pete Ricketts declared an emergency so that state resources could be provided. This is at least the fourth fire this year for which he's done so.

Buffalo Creek wildlife area is about 7 miles southeast of Gering and Scottsbluff.

Tuesday was forecast to bring a third day of adverse weather, according to the National Weather Service. Strong winds and desert-like dry air were expected to make battling the fire more difficult. The National Weather Service has said winds on Tuesday could gust between 30 and 40 mph for most of the day in that area and relative humidity was expected to drop below 15%. With similar conditions forecast across much of northern Nebraska Tuesday, the weather service issued a Red Flag warning, which means that any fire that ignites could grow rapidly.

Matt Holte, fire management officer for the Nebraska Forest Service, said a fire of this intensity is unusual for this time of year.

"Fires this time of year aren't unusual, but the intensity and speed with which this has moved has surprised a lot of people," he said.

Most of the Panhandle remains stuck in drought, and the Panhandle and northwest Nebraska have had the most difficult fire conditions this year, he said. For the rest of Nebraska, this has been a fairly typical fire year, Holte said.

As of Tuesday morning, no structures were known to have burned and no injuries were reported , according to Fawl. One home was surrounded by fire, but it did not burn, she said.

The fire coincided with the opening weekend of firearm deer season and occurred in an area popular with hunters. As a result, officials had to evacuate more people than usual from the wildlife area, according to the Nebraska Game and Parks Commission.

The cause of the fire has yet to be determined.

Nebraska is dealing with its second consecutive difficult fire year.

In addition to the emergency declarations, state aerial firefighting resources have been provided 24 times this year, compared with 25 last year and seven times in 2018. (2019 was one of Nebraska's wettest years on record.)

Fawl said a strike team from Wyoming was deployed Tuesday, bringing with it several firefighting engines. In addition, between 15 and 18 volunteer fire departments are working to suppress the fire.

The strategy of aggressively attacking fires with large amounts of resources reflects a change in the way wildfires are fought in Nebraska since the devastating year of 2012. That was the state's hottest, driest year on record and its worst fire year. Fire officials say climate change is contributing to wildfires becoming aggressive and intense.

The fire has led to the closure of the wildlife area and Wright’s Gap Road, according to the Emergency Management Agency.

A local effort is being coordinated by Firefighting Ministries of Scottsbluff to supply firefighters with personal items. Among the items being collected: bottled water, Gatorade, eye drops, ibuprofen, granola bars, bags of chips and lip balm.

For information, contact Carissa Schank at 308-631-9674 or carissafireministry@gmail.com. Checks can be sent to Firefighter Ministry, P.O. Box 531, Scottsbluff, NE 69363.

More than 450 people from local, state and federal agencies helped fight simultaneous fires near Crawford and Scottsbluff. Many more volunteered behind the scenes to keep firefighters fed and housed.

The first day of fall is Wednesday, and the new season is starting off mild and dry with daytime highs in the 70s in Omaha the rest of the week.

Extreme weather is normal in Nebraska, but the extremes are being made more extreme by climate change.

The Buffalo Creek wildfire, which started Sunday and has burned 2,595 acres, was about 50% contained Wednesday.

The Buffalo Creek Fire in western Nebraska was considered 80% contained Friday, with a total of 2,600 acres burned.

The Buffalo Creek fire along the Wildcat Hills south of Scottsbluff-Gering has grown rapidly since it started Sunday.