LEXINGTON, Neb. — Jurors in the Bailey Boswell murder trial got their first look Friday at graphic autopsy photographs of the dismembered remains of Sydney Loofe.

Distressed looks and furrowed eyebrows could be seen behind masks on the faces of the jury as they were shown more than two dozen pictures from what was described as a “traumatic dismemberment.”

Boswell, who is charged with first-degree murder, conspiracy to commit murder and improper disposal of a corpse in the 2017 slaying of Loofe, mostly stared into her lap, avoiding a look at the grim pictures. After a morning break, she used a tissue to wipe around her eyes.

The 26-year-old native of Leon, Iowa, faces the possibility of the death penalty if found guilty of first-degree murder. She could become the first woman sent to death row in the state.

Her 53-year-old boyfriend, Aubrey Trail, was found guilty of first-degree murder last year and will find out in December whether he will be sentenced to death or life in prison.

The autopsy produced some interesting testimony.

Dr. Michelle Elieff, a forensic pathologist from Omaha who performed the examination, said one of Loofe’s earlobes had been torn where her earring would have been.

The injury, Elieff testified, occurred at or near the time of her death — perimortem, it’s called. It could have occurred “minutes to hours before death,” the doctor said.

Any pre-death injury would match up with the prosecution’s case, which is that Boswell and Trail had talked frequently about torturing and killing someone, either to make money by making a video or as part of their discussions about witchcraft and gaining “powers” by killing.

The autopsy, Elieff said, also revealed bruises at the top of Loofe’s skull and on her inner thigh, as well as a pattern of parallel scratch marks across her torso, as if someone had “dragged” a saw across her skin. The bruises were recent, she said, though the drag marks probably occurred after death.

The body was cut into 13 pieces, Elieff said, with saw marks on the bones and some cuts that could have been made by “heavy tinsnips.”

Earlier in the trial, video surveillance and receipts from a Lincoln Home Depot showed that Boswell and Trail bought a hacksaw, saw blades and tinsnips just hours before Boswell met Loofe for their last date on Nov. 15, 2017.

Boswell’s lead attorney, Todd Lancaster of the Nebraska Commission on Public Advocacy, objected often to the autopsy photos, questioning their relevance and whether they duplicated other evidence.

At one point, he asked the pathologist if someone would need “strong hands” to strangle a person.

“It requires about 11 pounds of pressure, which isn’t a tremendous amount of strength,” she said.

Later, Lancaster asked the pathologist if, in her opinion, Loofe had been sexually assaulted. Elieff said that while there were no external injuries that would suggest that, there was some bleeding detected in her vagina that could have come from sexual intercourse, from something being inserted, or from the use of a tampon.

Under more questioning by Lancaster, Elieff said there wasn’t any evidence that Loofe was menstruating at the time of her death.

The pathologist’s report said the cause of death was “homicidal violence including strangulation.”

At his trial last year, Trail, an ex-convict from Tennessee, testified that Loofe died accidentally after he choked her with an electrical cord during a “sex party” involving him and Boswell.

On Thursday, in an email from prison to reporters, Trail offered a new story — that he had “lied my ass off” at his trial and in his past statements to law enforcement. But, he wrote, he was now willing to tell the truth and say “exactly what happened” to Loofe if prosecutors would drop the death penalty against Boswell.

Suzanne Gage, spokeswoman for the Nebraska Attorney General’s Office, said it would be inappropriate to comment while Boswell’s trial is underway.

“It is the position of our office he is attempting to interfere with the current trial by using the media,” she said.

Ben Murray, Trail’s attorney, said he could not comment.

Judges who will determine Bailey Boswell's sentence have been named

District Judges Vicky Johnson of Wilber, Darla Ideus of Lincoln and Peter Bataillon of Omaha will determine whether convicted murderer Bailey Boswell is sentenced to life or gets the death penalty. 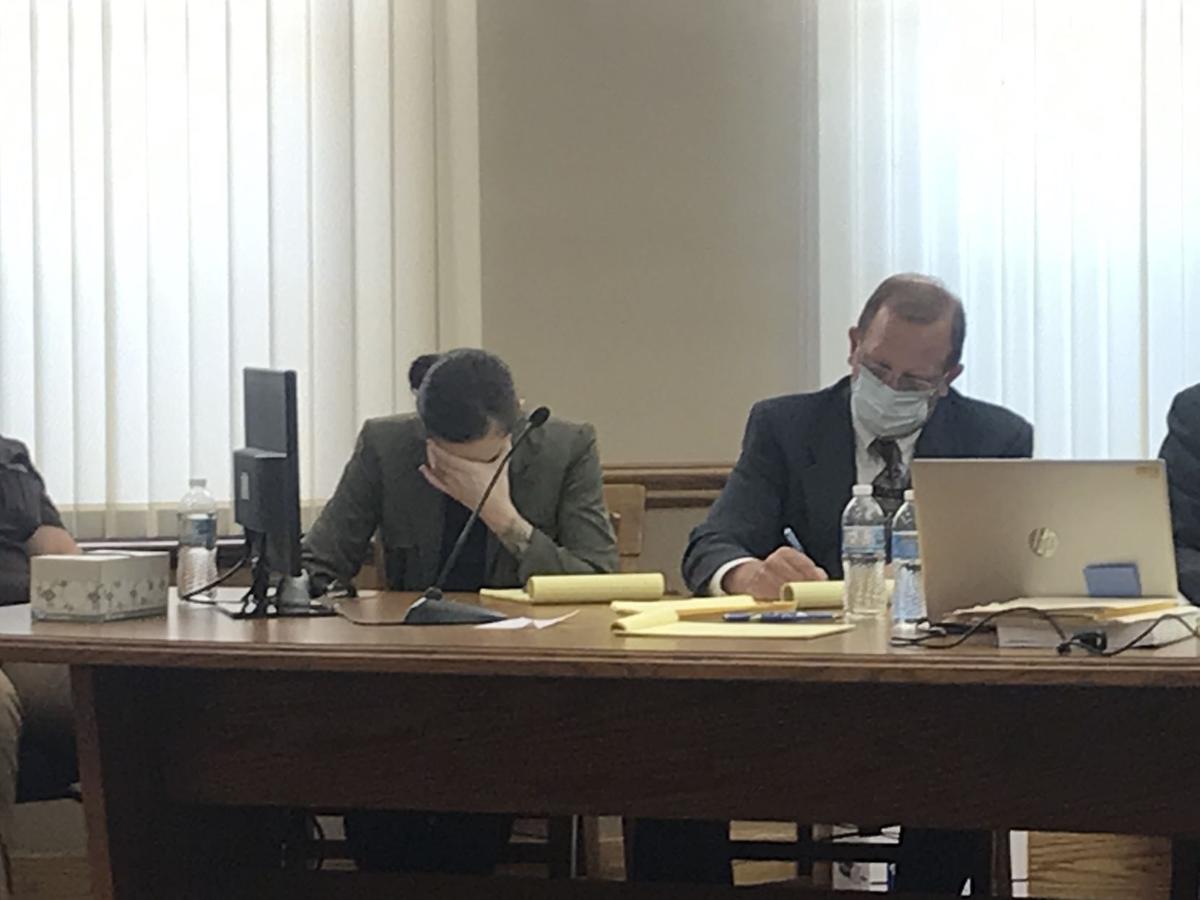 Bailey Boswell mostly avoided looking at autopsy pictures of Sydney Loofe during testimony. After a break, she used a tissue to wipe around her eyes. 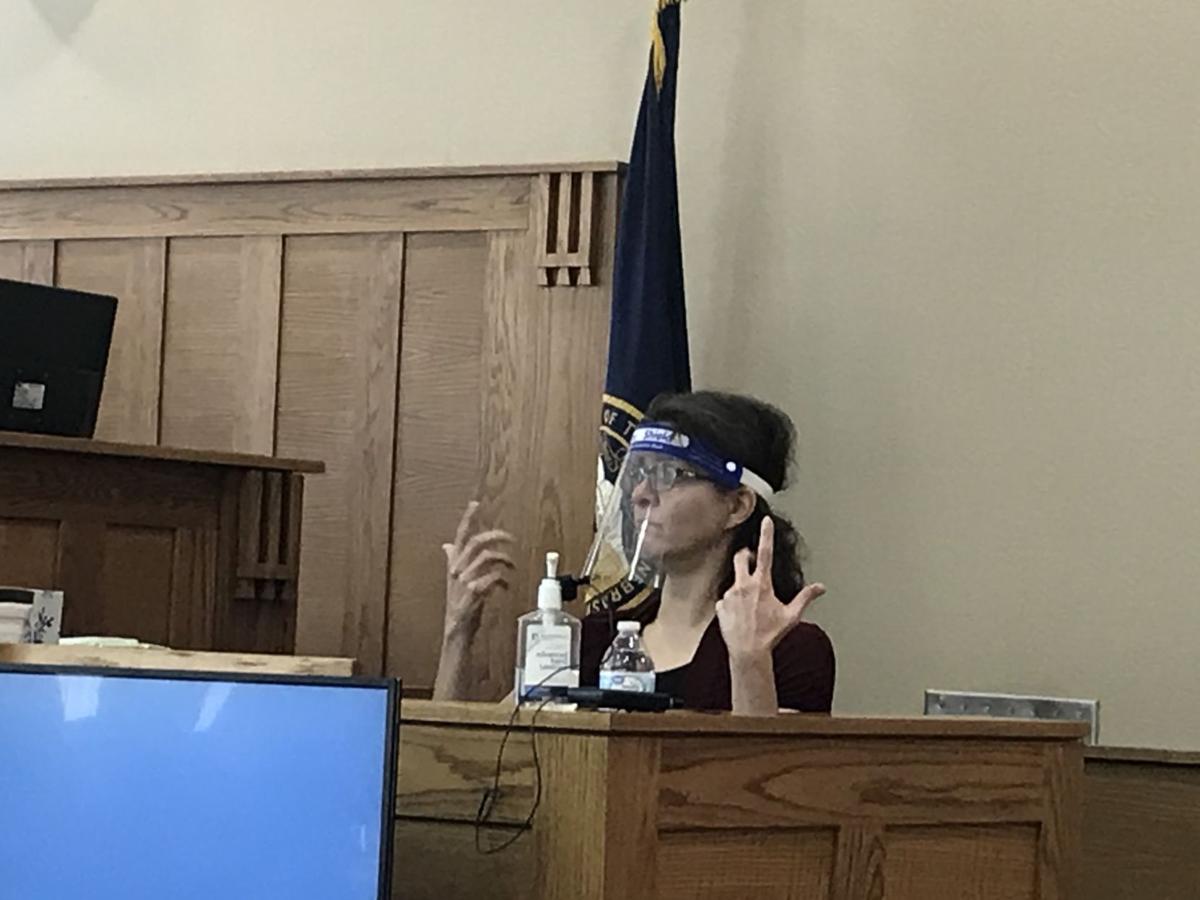