Dodge County Attorney Oliver Glass had a blood-alcohol content 2½ times the legal limit when Fremont police caught up to him Thursday night at a house in Fremont owned by his parents, according to a court affidavit.

Glass, Dodge County’s top prosecutor since 2011, appears poised to remain in the Dodge County Jail through the weekend on a misdemeanor charge of violating his probation. Sarpy County Judge Robert Wester, appointed to handle the case, ordered that Glass be held without bail until he can be brought before the judge. Judges typically do not hold court on weekends.

After Glass’ blood-alcohol content registered at .202 — well above the legal driving limit of .08 — the court authorized a Fremont police officer to conduct a search warrant related to the probation violation. In particular, investigators said they were looking for any weapons or alcohol in Glass’ rental vehicle or in his belongings at his parents’ house, where Glass had been staying. Wester had prohibited Glass from drinking or having weapons while on probation.

According to the affidavit filed Friday afternoon:

Glass had arrived Thursday night at his estranged wife’s house in Fremont to pick up his children for his parenting time.

The children, ages 9 and 11, noticed that he was intoxicated and refused to get into the car with him, according to a court filing obtained by The World-Herald.

Katie Glass, who has filed for divorce, met her estranged husband outside and noticed that he had “watery eyes, slurred speech” and that he smelled of alcohol. She called Fremont police. Police officers went to Katie Glass’ residence but found that Glass had left. They then went to Glass’ parents’ home and found Glass, his eyes watery and his movements “slow.” The officers arrested Glass on suspicion of violating his probation over the March DUI.

It is not clear whether police and prosecutors will pursue a drunken driving charge against him in connection with the Thursday night incident. Had Glass driven off with the children, he also could have been subject to child abuse or neglect charges.

Terms of Glass’ probation require him to abstain from alcohol and to submit to spot checks by probation officers. If convicted of the violation, Glass could be sentenced to up to 60 days in jail.

Glass also is under investigation after a December crash in which his Dodge Ram pickup truck ran off the road during a snowstorm and was severely damaged. Glass reportedly walked away from that crash and didn’t alert authorities until hours later.

Glass was in the same truck in March when a 911 caller following him reported that he was driving slowly, swerving and hitting curbs on a road on the edge of Fremont.

After several minutes on the phone with a 911 operator, the caller suggested to a dispatcher that Fremont police weren’t eager to respond because they knew the truck belonged to Glass. In time, a Dodge County sheriff’s deputy fell in behind the truck and pulled Glass over. A breath test registered Glass’s blood-alcohol content at .142, above the legal limit of .08.

Judge Wester gave Glass what he considered a “garden-variety” punishment for first-offense DUI: 15 months of probation, a $500 fine and an interlock device that Glass had to clear in order to drive for the first two months of his probation.

“Please don’t take offense at what I’m about to say,” Wester told Glass in August. “You’re a garden-variety drunk. When you accept that, we’ll all be better off. You do not have to live like that anymore.”

Glass apologized for his actions. He said he was seeing a counselor and was attending Alcoholics Anonymous meetings six days a week.

But the DUI case wasn’t the only scrutiny Glass was under.

A Fremont man, Nathan Schany, and his attorney, Andrea McChesney, alleged that Glass badgered Schany, who has been dating Glass’s estranged wife, causing Schany to enter a psychiatric ward. They pointed to 10 phone calls and 46 texts Glass sent in the few hours before Schany was hospitalized in mid-March.

In the messages, Glass mocked Schany, calling him a “faggot,” “retart” (sic) and “bitch.” He made reference to a character in the hit series “Breaking Bad” getting his head blown off and suggested that he could get all kinds of drugs for Schany.

Dodge County held Schany, 29, for six days in a psychiatric ward after he made suicidal comments to his parents in the hours after receiving those texts. Area mental health officials considered the nearly weeklong stay abnormally long.

Schany also has alleged that Glass got him fired from his job at a Fremont office supplier. Glass has denied wrongdoing, saying he had nothing to do with Schany’s termination or hospitalization. Glass’ harassing messages to Schany were nothing more than the “sarcastic blather” of a man “upset” over his pending divorce, Glass’ attorney, Clarence Mock, has said.

Glass alleged that he was the victim of an assault by Schany outside a gas station in April. Schany said Glass had been continually following Schany and Katie Glass — allegations that Glass denied.

Schany pleaded no contest to a misdemeanor assault count — and to an unrelated third-offense DUI. He was sentenced to 30 days in jail.

The two men’s paths did not cross in jail, however. Schany was released from jail 10 days ago.

One year on: Birth and death in a Beirut hospital

One year on: Birth and death in a Beirut hospital

When an elected official indulges in repeated violations of the law, to the point of facing a jail sentence, consideration of some type of automatic penalty is worthy of serious consideration.

After a year of turmoil, Dodge County Attorney Oliver Glass says he will resign

Dodge County Attorney Oliver Glass submitted his resignation Wednesday — eight days after getting out of jail on allegations he drove drunk.

Former Dodge County Attorney Oliver Glass faces a week to two months in jail after a judge found him guilty Monday of drinking and violating the probation he received for a DUI in March 2020. 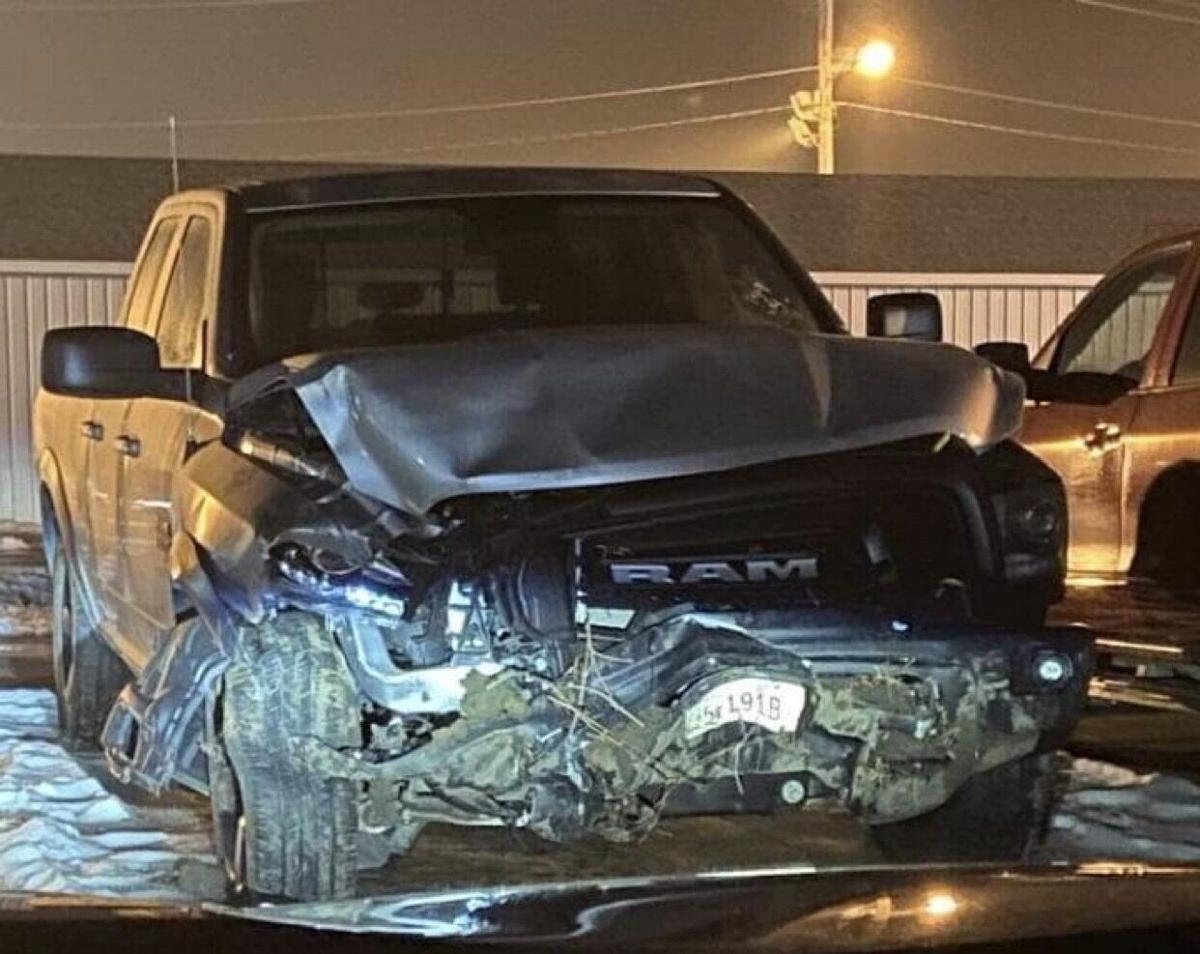 Dodge County Attorney Oliver Glass was booked into jail on a probation violation Thursday night. He's also under investigation after a December crash that left his Dodge Ram pickup truck in this condition. 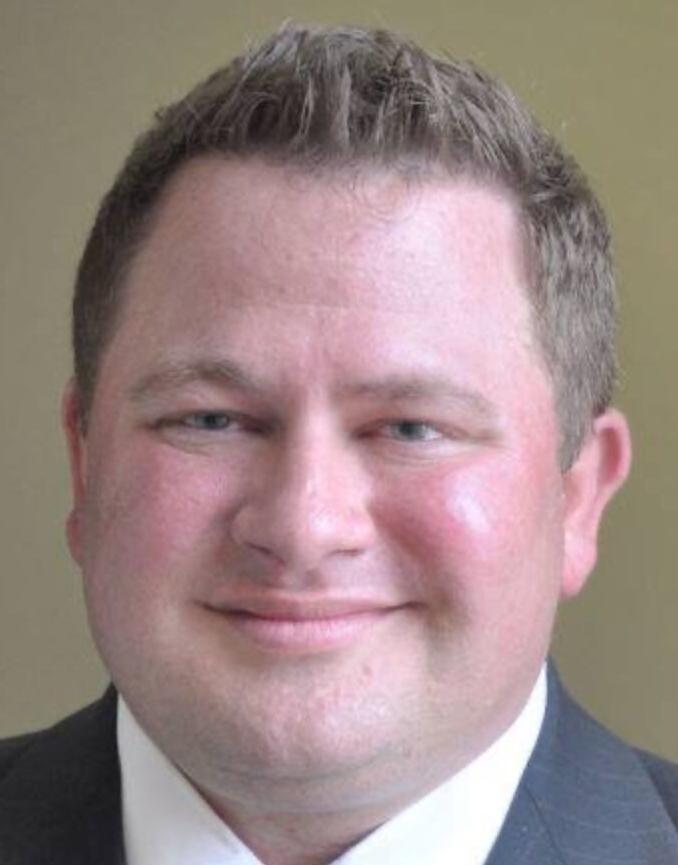